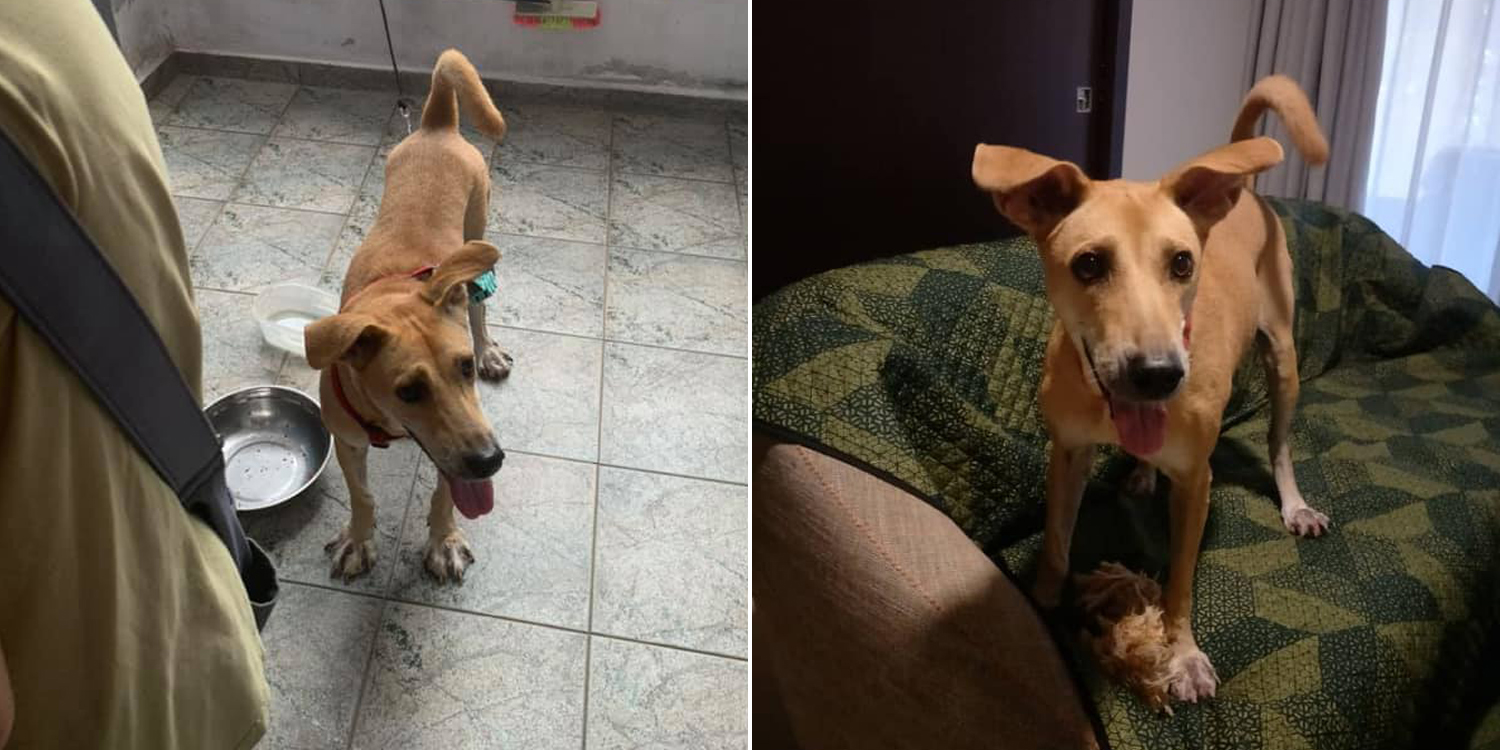 Though pets who are brought into human homes undeniably deserve love and care, not all may be lucky. Thankfully, there are rescuers who try their best to rehome them.

On Wednesday (9 Jun), Chained Dog Awareness in Singapore (CDAS) shared the plight of a dog named Kiwi. The canine was allegedly chained at the service yard and never allowed to take a step beyond the kitchen. 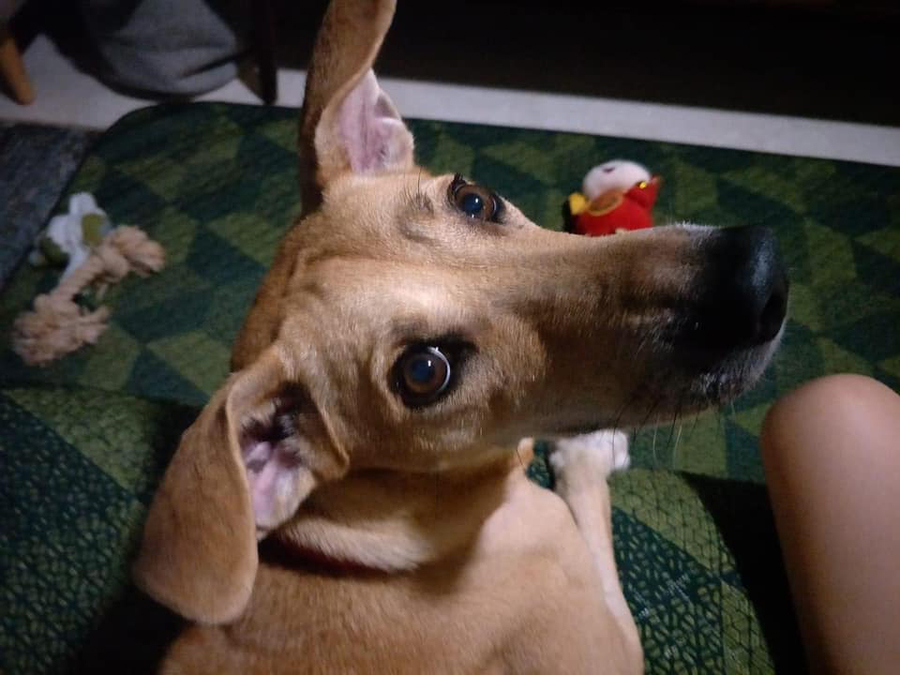 Her plight was discovered by a Facebook supporter who got in touch with CDAS.

Kiwi is now looking for a forever home. If you’re interested in adoption, here’s what you need to know about her past.

Kiwi the dog allegedly chained in the kitchen

According to CDAS, Kiwi’s former owner was a pregnant lady with a toddler and 2 young kids, the oldest of whom was around 4 years old.

Since she became a mum 4 years ago, the woman allegedly struggled to look after Kiwi.

As such, Kiwi lived her life chained in the service yard, unable able to move past the kitchen. 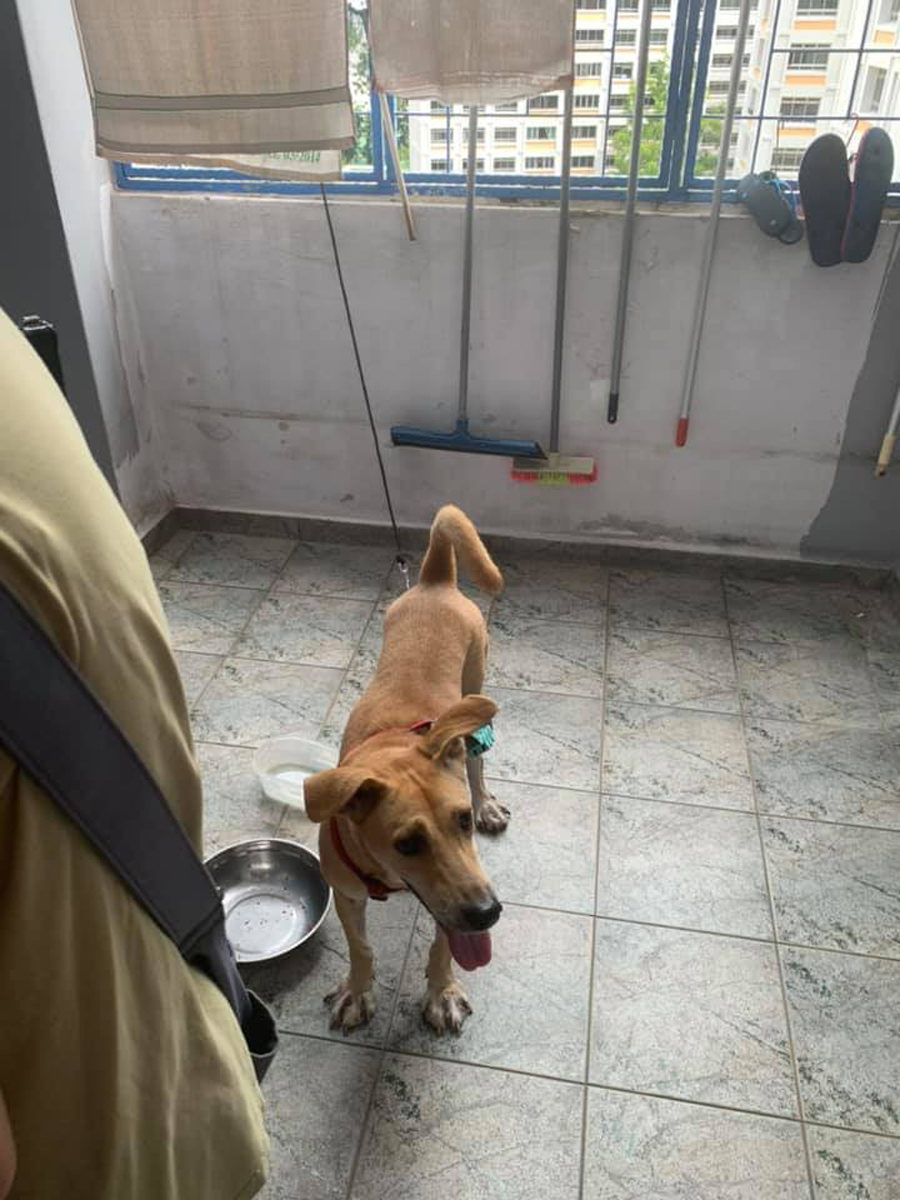 The owner’s parents also reportedly didn’t support her decision to bring Kiwi home, though it’s unclear if they lived under the same roof.

CDAS additionally claimed that a cane was placed beside Kiwi, which led them to suspect that she may have experienced acts of abuse. 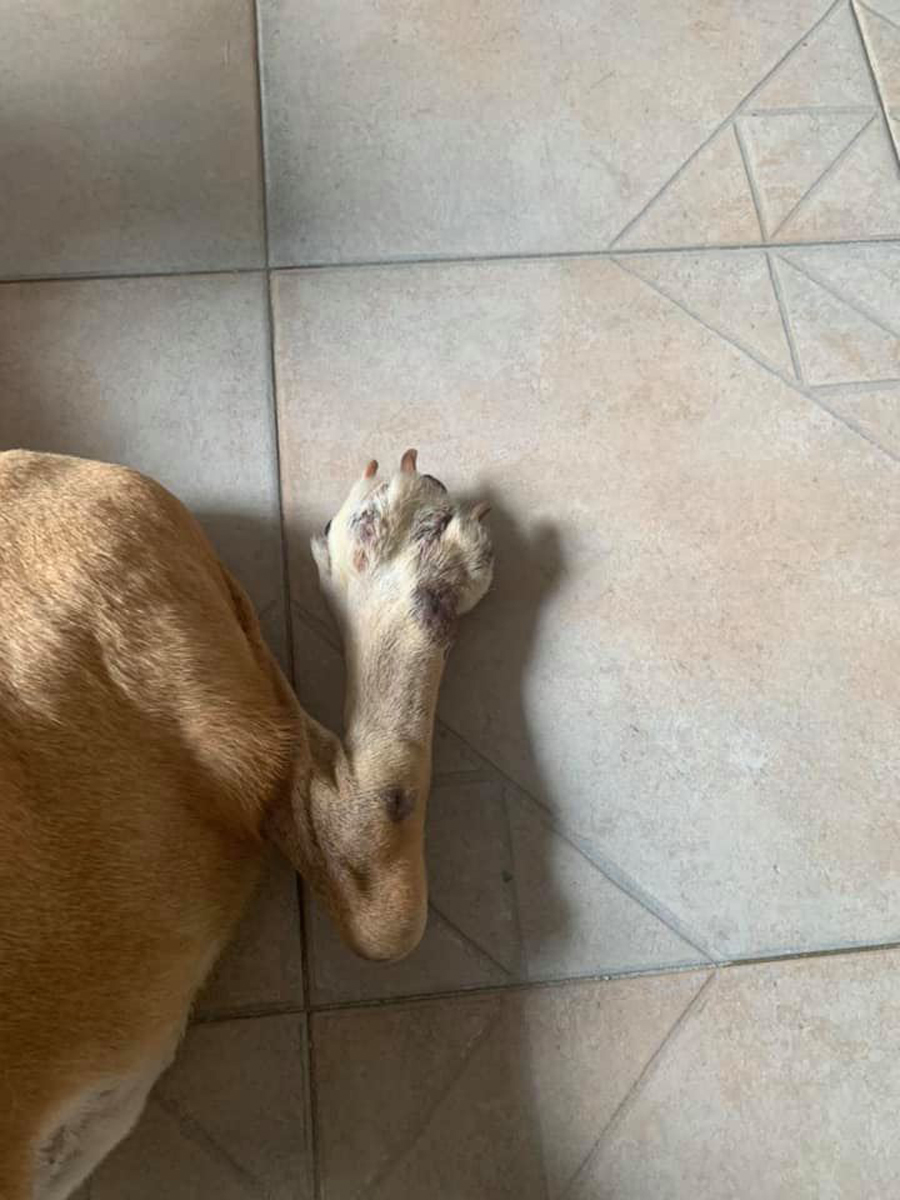 Though the owner initially agreed to give Kiwi to CDAS, the welfare group claimed that she changed her mind when asked to foot the medical bills. 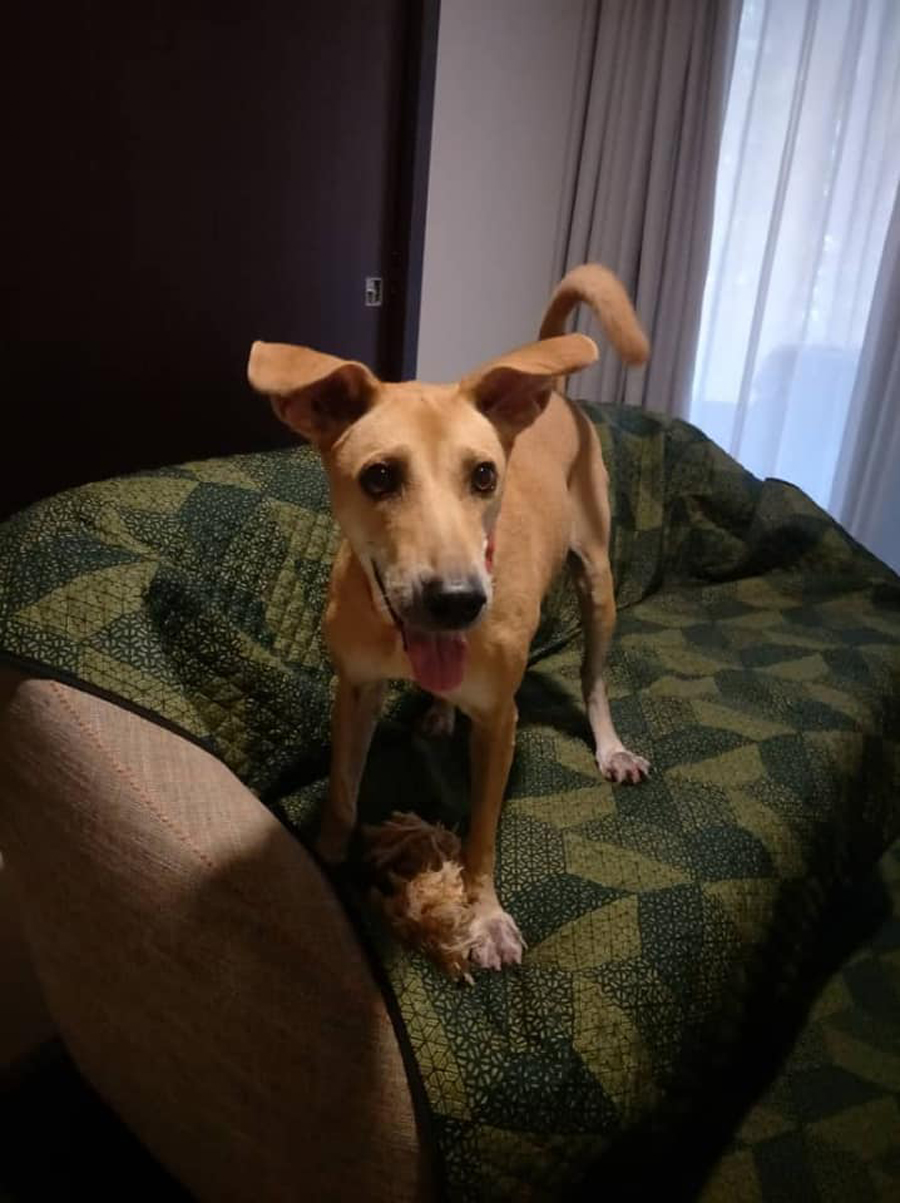 To get custody over Kiwi, they contacted another individual who successfully convinced the owner to hand over the dog.

Now that Kiwi is in safe hands, CDAS is focusing on finding her a new home. But they took the opportunity to advise pet owners to plan ahead before bringing an animal home.

They should be able to anticipate any possible problems that may put their pet’s welfare at risk. 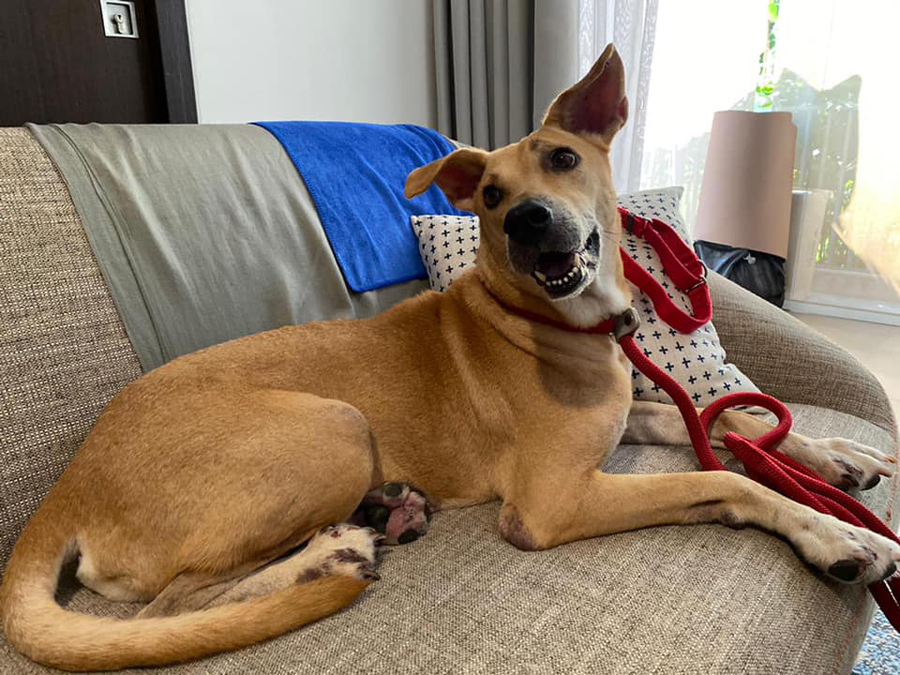 In more positive news, volunteers have since brought Kiwi to the vet. They noted that her inflamed paws have been treated and her blood test results were good.

At the moment, she is enjoying her newfound freedom with her foster parents, just 2 days after getting rescued. 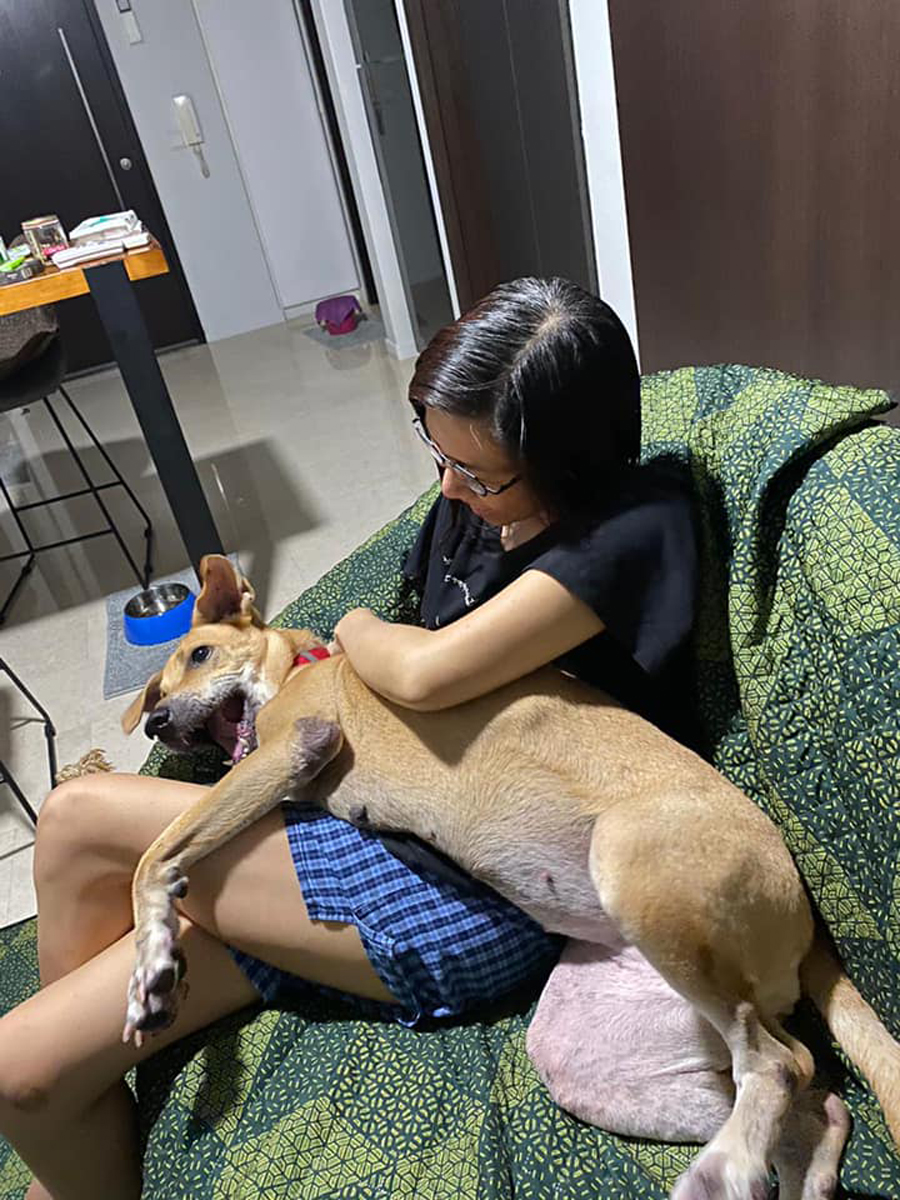 But eventually, Kiwi will need a permanent, loving home, which CDAS is on the lookout for.

If you’re interested in adopting her, feel free to message them on Facebook. Since Kiwi is HDB-approved, we hope this will mean a higher chance of successful adoption.

Hope Kiwi ends up in a loving home

We’re happy to learn that Kiwi has a chance to end up in a loving home.

But do remember, having a pet is a huge responsibility. They need consistent care and attention, so evaluate your current situation before applying to be her adopter.