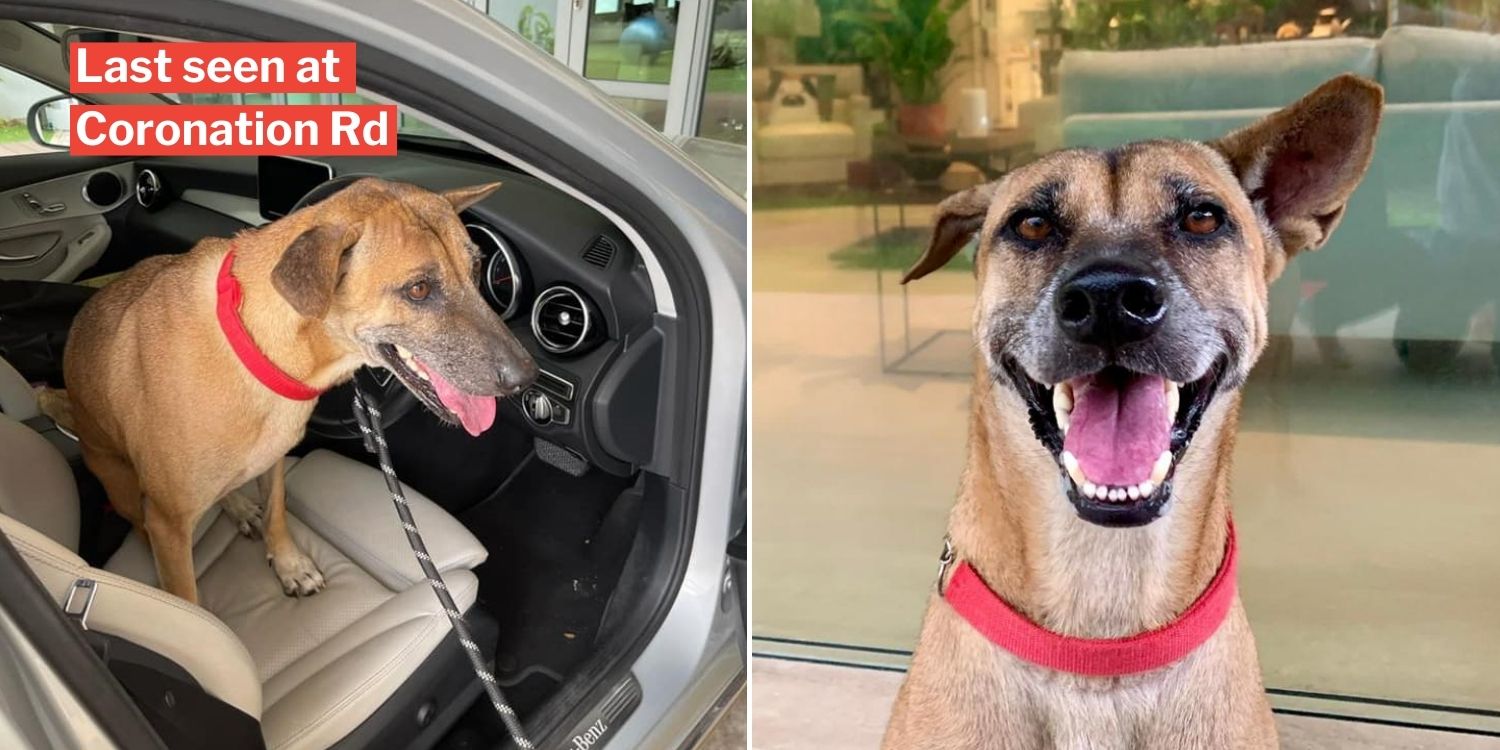 Dogs who end up in shelters might’ve gone through troubling times, some traumatising them for an extended period of time.

This seems to be the case for Tubby the mongrel, who bolted from his Bukit Timah foster home during a thunderstorm.

This appears to not be the first time he ran away from home. Staff from the shelter he used to stay at now need help looking for him. 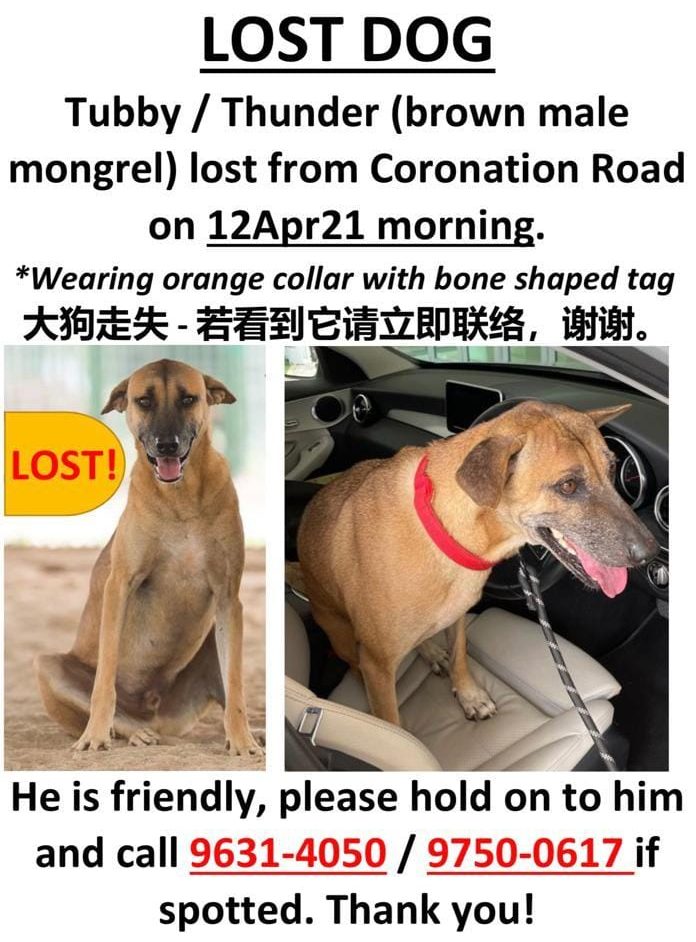 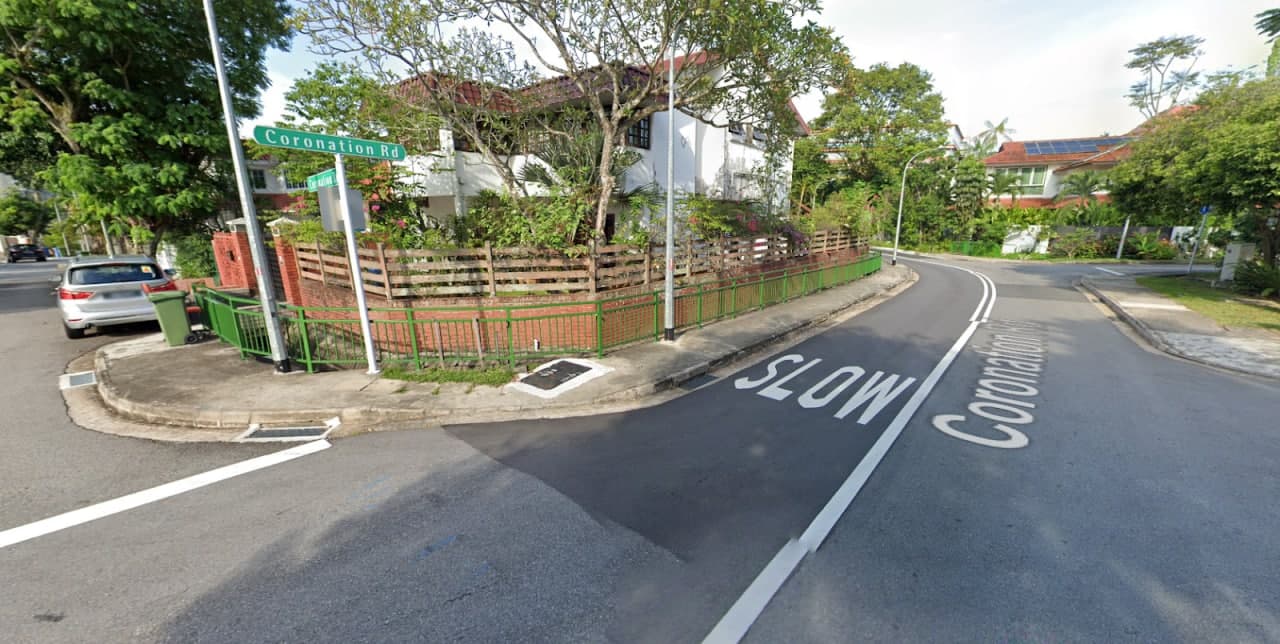 The brown male mongrel was wearing an orange collar with a bone-shaped tag. 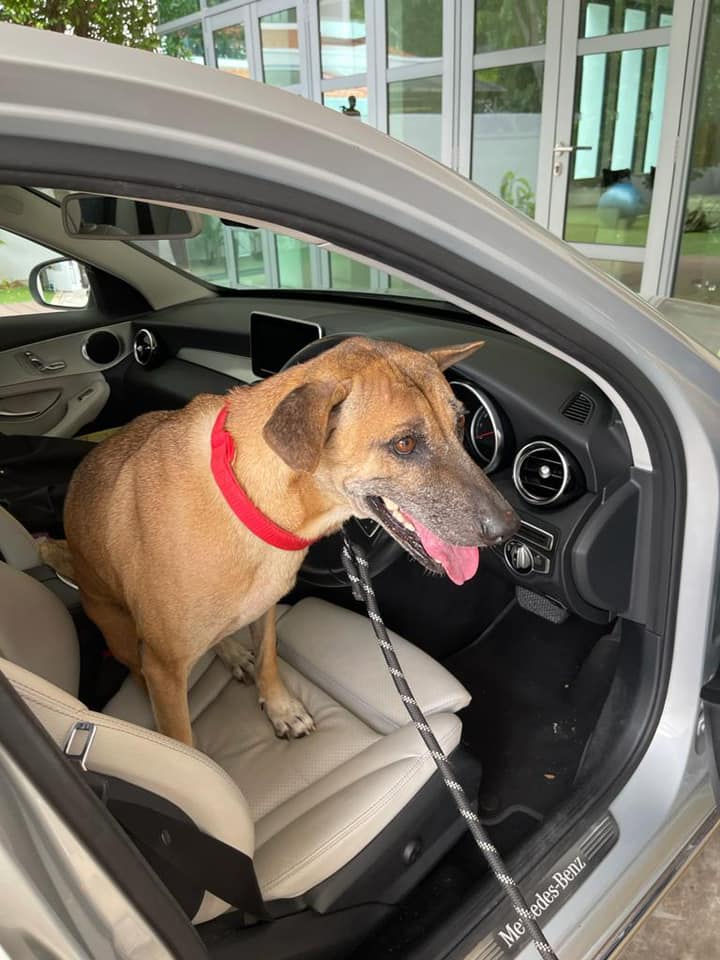 According to welfare group Save Our Street Dogs (SOSD), Tubby previously stayed at its shelter located on Jurong Island for a long time.

He allegedly bolted from his foster home at Coronation Road during a thunderstorm. 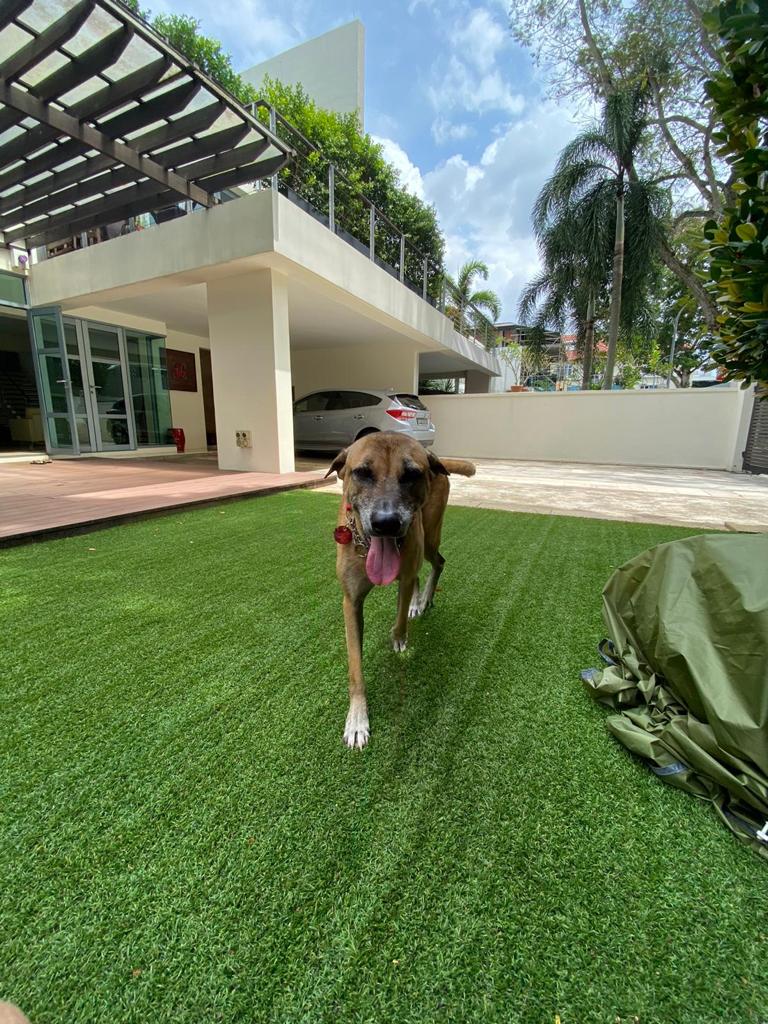 As of Wednesday (14 Apr), the group is unable to locate his whereabouts.

Not first time running away

Apparently, Tubby had run away for the same reason before.

Welfare group NA CARES had put up a notice looking for him on 3 Apr. But thankfully, the doggo was found just a day later.

It seems like Tubby may not be the biggest fan of thunderstorms. But this time round, he’ll return to the care of the welfare group after he’s found. Public urged to keep a lookout

As he is a friendly doggo, anyone who spots him is encouraged to hold on to him, while contacting SOSD or NA CARES.

It’s been 3 days since Tubby ran away, and life on the streets mustn’t have been easy.

If you happen to see him, do contact the welfare groups immediately. We hope Tubby can return home soon.

Featured image adapted from Facebook and courtesy of NA Cares.