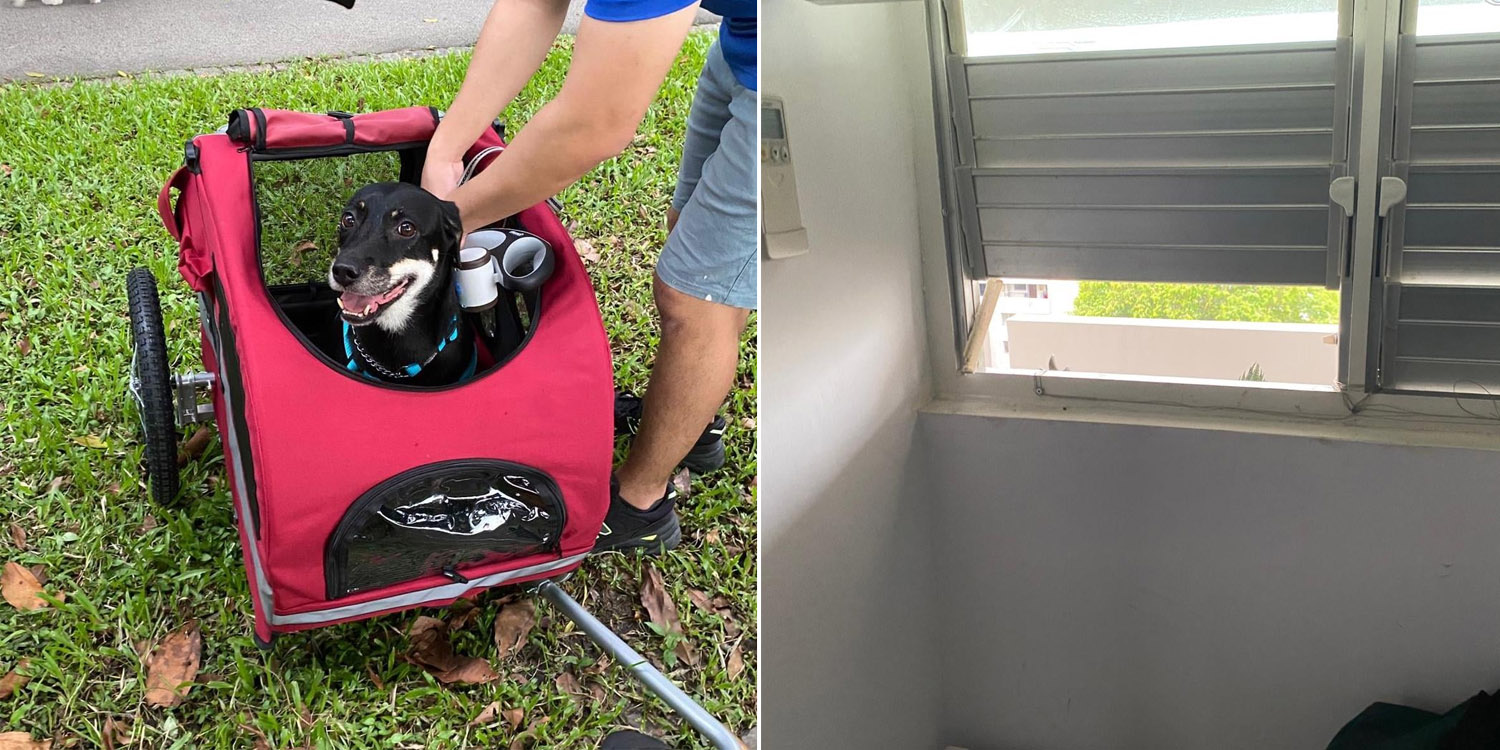 Many of us may be familiar with the dangers of not installing grilles and meshes when there’s a cat living in the apartment.

These protective features are just as important for dogs as well.

The animal group took the opportunity to educate the public on how dogs may act out when feeling anxious, and stressed the importance of installing grilles.

Dog scared of thunder breaks out of flat & falls

In the Facebook post, ASD said Xiao Xin was home alone on the day of the thunderstorm.

Xiao Xin likely felt anxious after hearing sounds of loud, rumbling thunder and somehow, broke a piece of aluminum windowpane in the flat. This happened despite the windows being secured at the time. 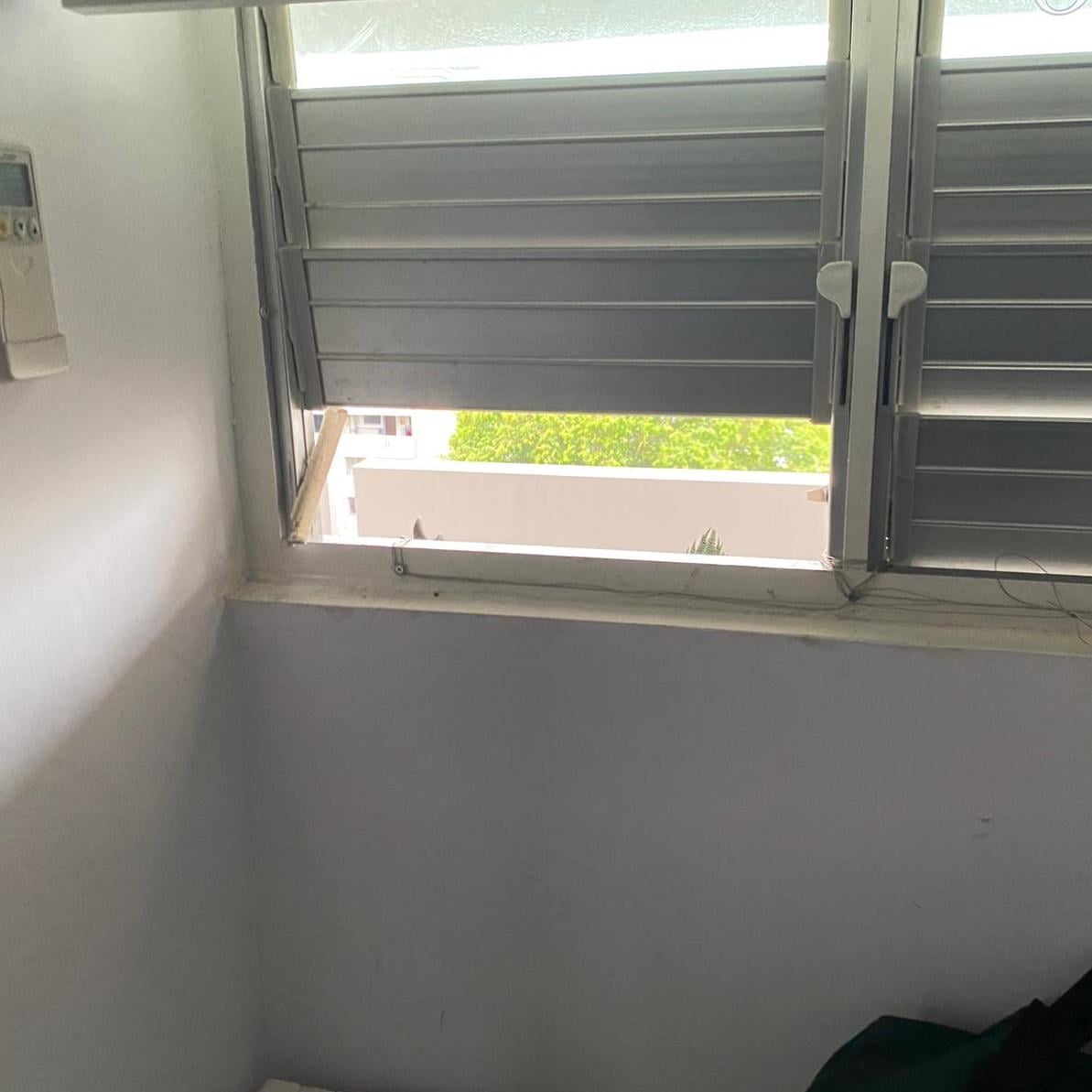 The scared doggo subsequently squeezed through the narrow gap where the broken windowpane once was.

Xiao Xin then found herself along the common corridor. In a state of panic, she bolted down a flight of stairs before clambering over the corridor wall and falling to her death from the 8th floor.

Turns out, the incident involving Xiao Xin isn’t the first of such deaths.

According to ASD, other dogs that they’ve rehomed have also met similar fates.

As such, they stressed to adopters the importance of installing grilles and other security fixtures, explaining that dogs too could resort to “extreme behaviour” during events like a storm.

Xiao Xin was rescued from Sungei Buloh Nature Reserves in Oct 2018 along with 9 of her puppies. She was adopted in Apr 2019. 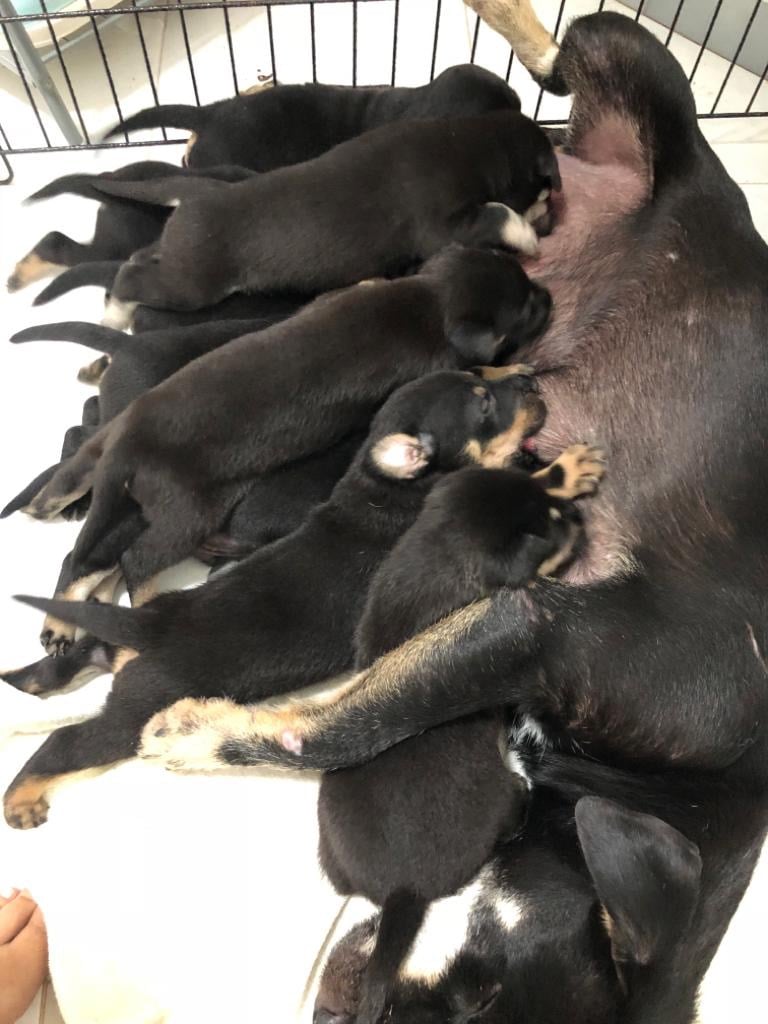 ASD shared that Xiao Xin was showered with love in the household and treated like part of the family.

Despite the necessary safety measures implemented by the owners, the tragedy still happened.

It’s certainly distressing and saddening to hear about the way Xiao Xin has met her end.

We hope she has safely crossed the rainbow bridge and is now at a place filled with treats and void of thunderstorms.

At the same time, we hope pet owners can take heed of ASD’s advice, so they may prevent future incidents from happening.