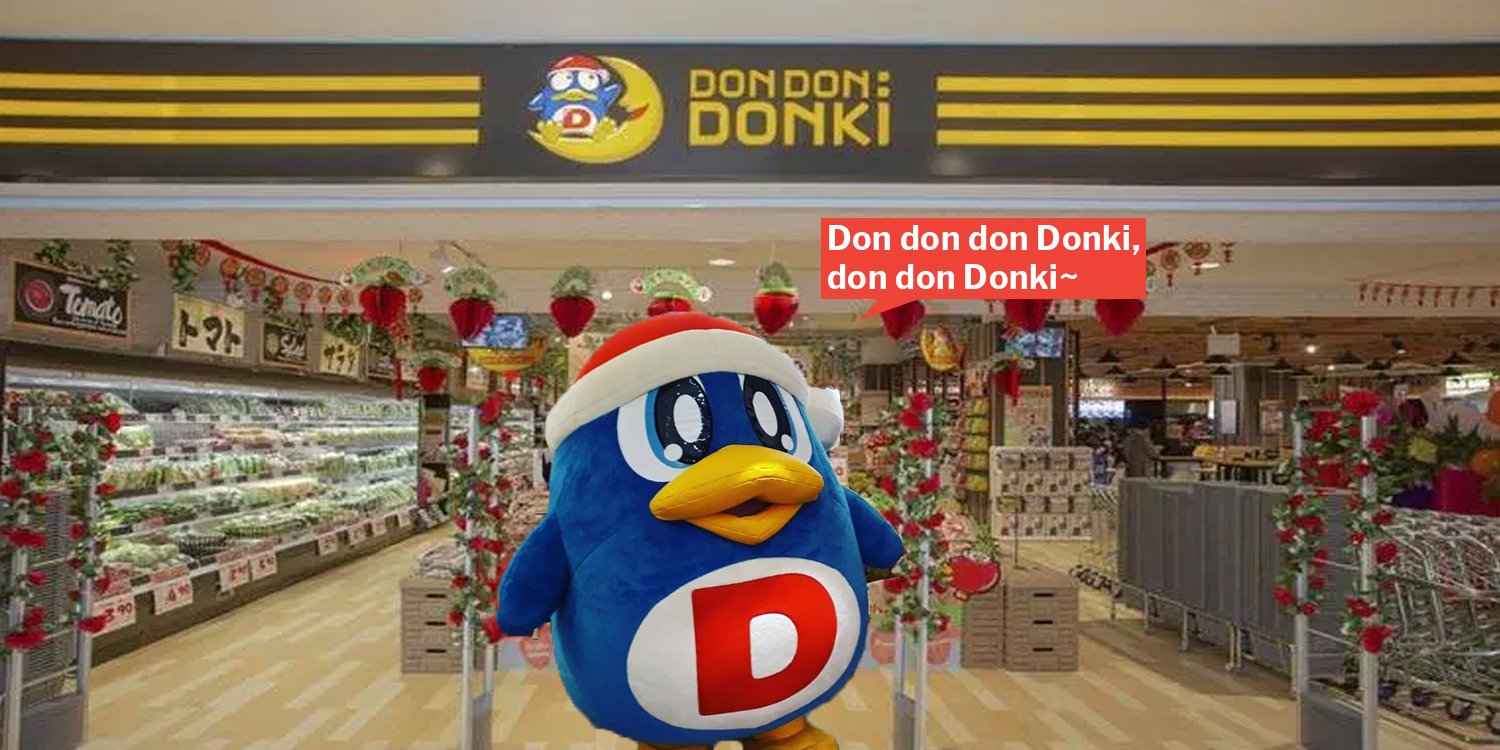 If you’ve ever been to one of Don Don Donki’s six stores – latest one opened in Novena Square in May – the Japanese store has a theme song called ‘Miracle Shopping’ by Tanaka Maimi that loops endlessly.

Seriously. It’s the only song that plays on the speakers there. And it’s stupid catchy.

But why listen to the song on YouTube when the voice of store employee Tanaka Maimi singing ‘Don Don Don, Donki, Don Don Donki’ can live rent-free in your head?

All you gotta do is read the following, which has suddenly gone viral: 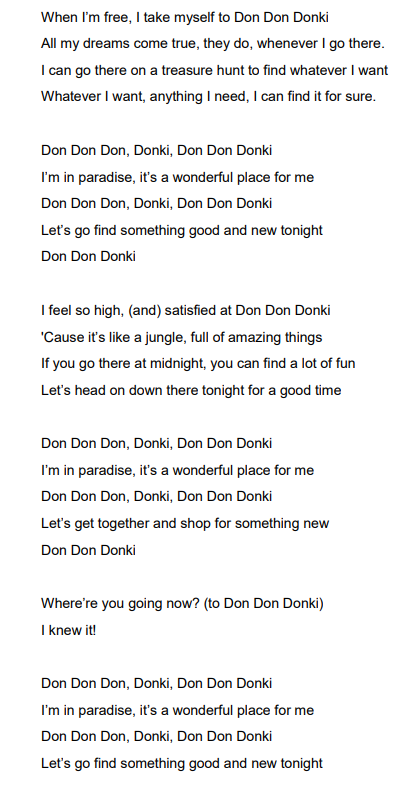 The lyrics in print

If that wasn’t enough, here are easily copy-pastable lyrics to annoy your friends with.

When I’m free, I take myself to Don Don Donki
All my dreams come true, they do, whenever I go there.
I can go there on a treasure hunt to find whatever I want
Whatever I want, anything I need, I can find it for sure.

I feel so high, (and) satisfied at Don Don Donki
‘Cause it’s like a jungle, full of amazing things
If you go there at midnight, you can find a lot of fun
Let’s head on down there tonight for a good time

Where’re you going now? (to Don Don Donki)
I knew it!

Don Quijote, as the stores are known in Japan, were prevented from using the name in Singapore as there was already a store in Dempsey Road using it.

As for the name Don Don Donki, it probably came about because of the way Don Quijote is transliterated in Japanese: ドンキ is pronounced ‘Donki’ and sounds like ‘Don Qui’.

So the name Donki does retain enough of a similarity to Don Quijote that the song can be used in Singapore stores. What a blessing.