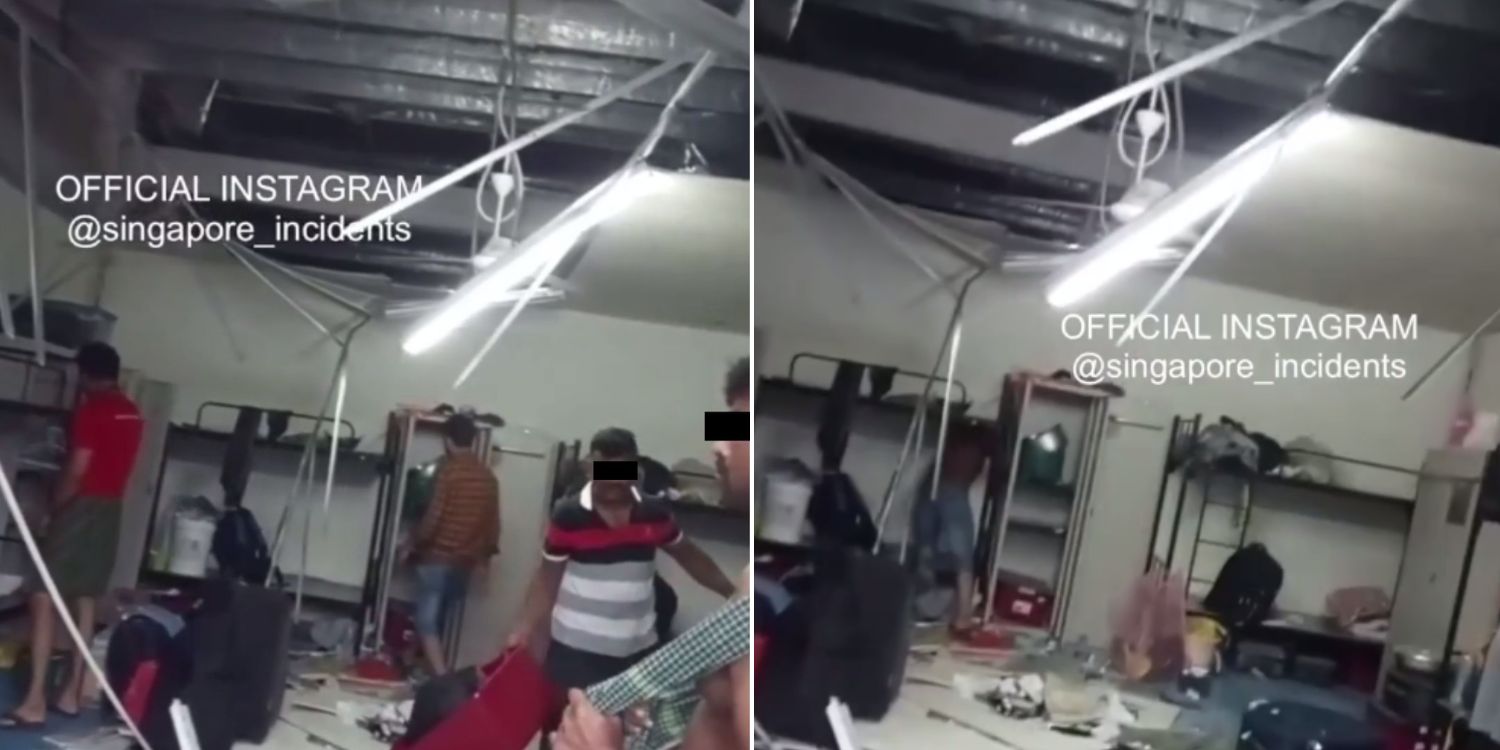 On Mon (26 Sep), a video showing the aftermath of a ceiling collapse was uploaded to the Singapore Incidents Facebook page.

The beams are seen dangling dangerously from the ceiling. 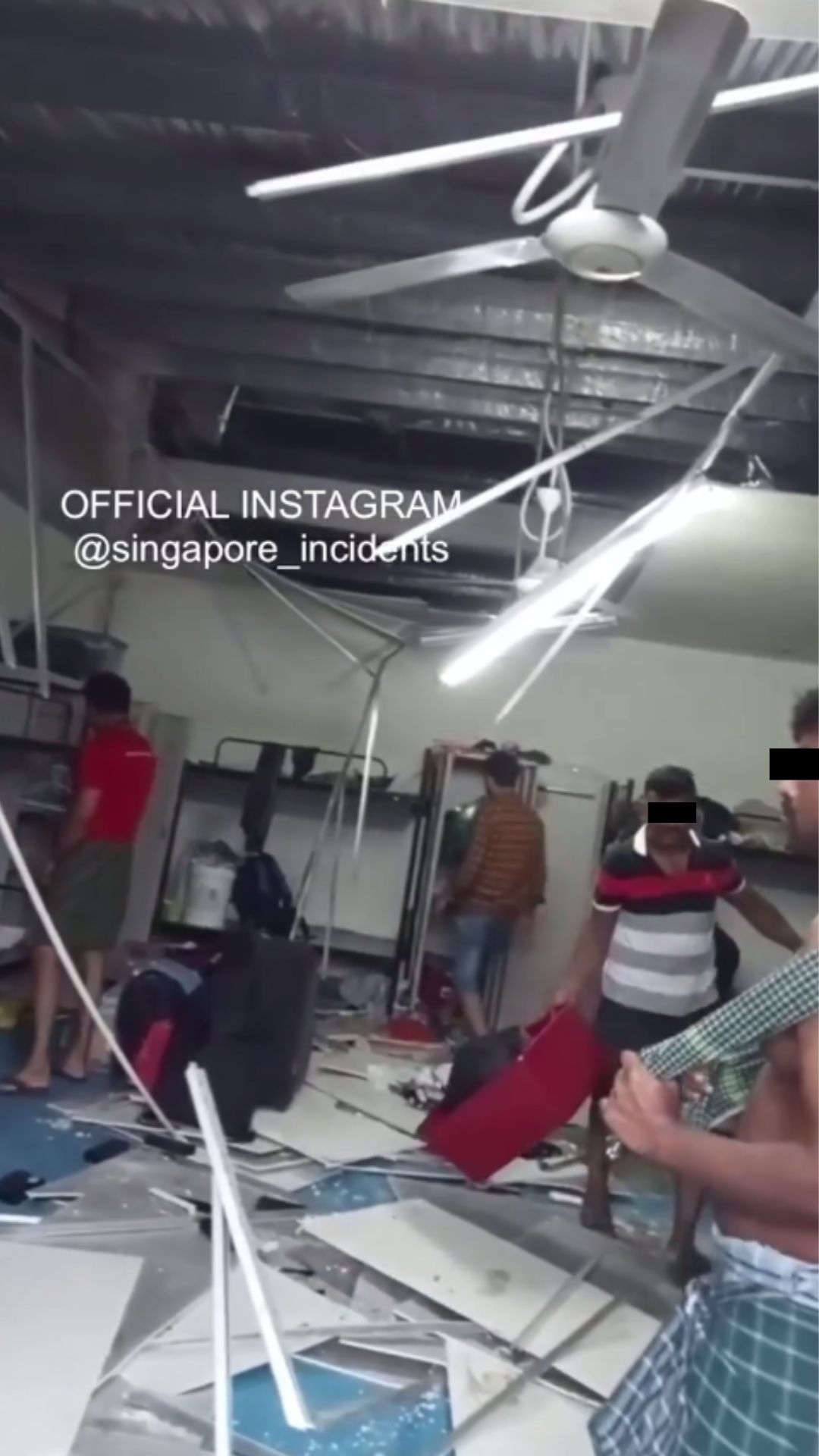 Piles of rubble are seen on the ground, with several workers gathering their belongings and leaving the room.

Two workers were reported to have sustained minor cuts. The Ministry of Manpower (MOM) is currently investigating the incident.

Workers check for their belongings after dormitory ceiling collapses

The 15-sec video was brief, but effectively captured the extent of the damage suffered. 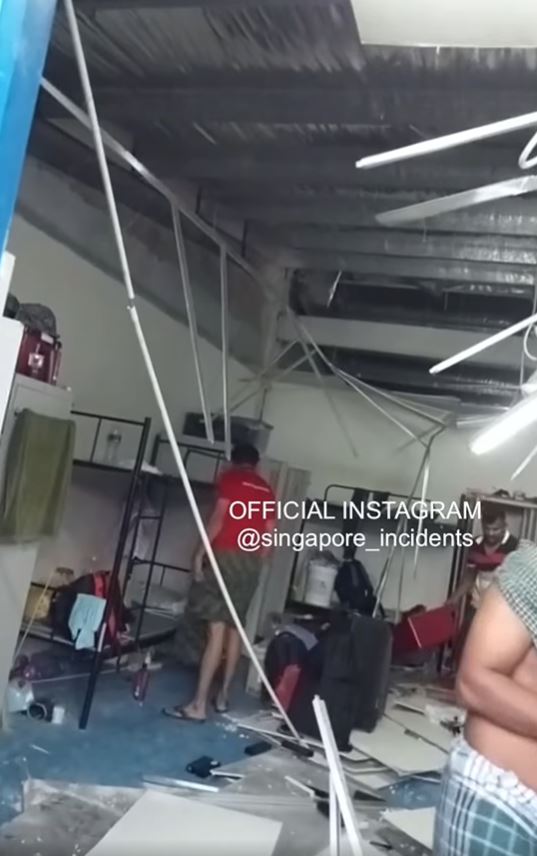 Around four to five workers stood and watched helplessly as a few residents sifted through their belongings, trying to salvage whatever they could.

Some also looked around their bunk beds and wardrobe to check if their valuables were intact. 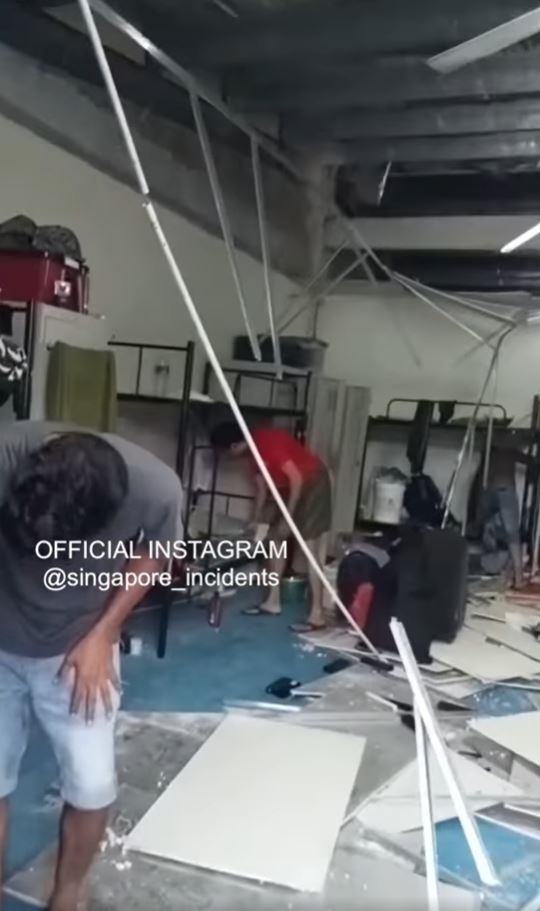 The false ceiling within seven rooms had collapsed, while two other rooms sustained damage from mild water leakage.

About 100 occupants in the affected rooms have been temporarily relocated while repairs to the dorm are in progress.

Forward Assurance and Support Team (FAST) officers were deployed to the dorm, while MOM is working with the dormitory operator to support the affected residents.