As Singaporeans gathered to celebrate Christmas, and in some ways making it this far into 2020, the skies rewarded us with a spectacular view — a double rainbow. 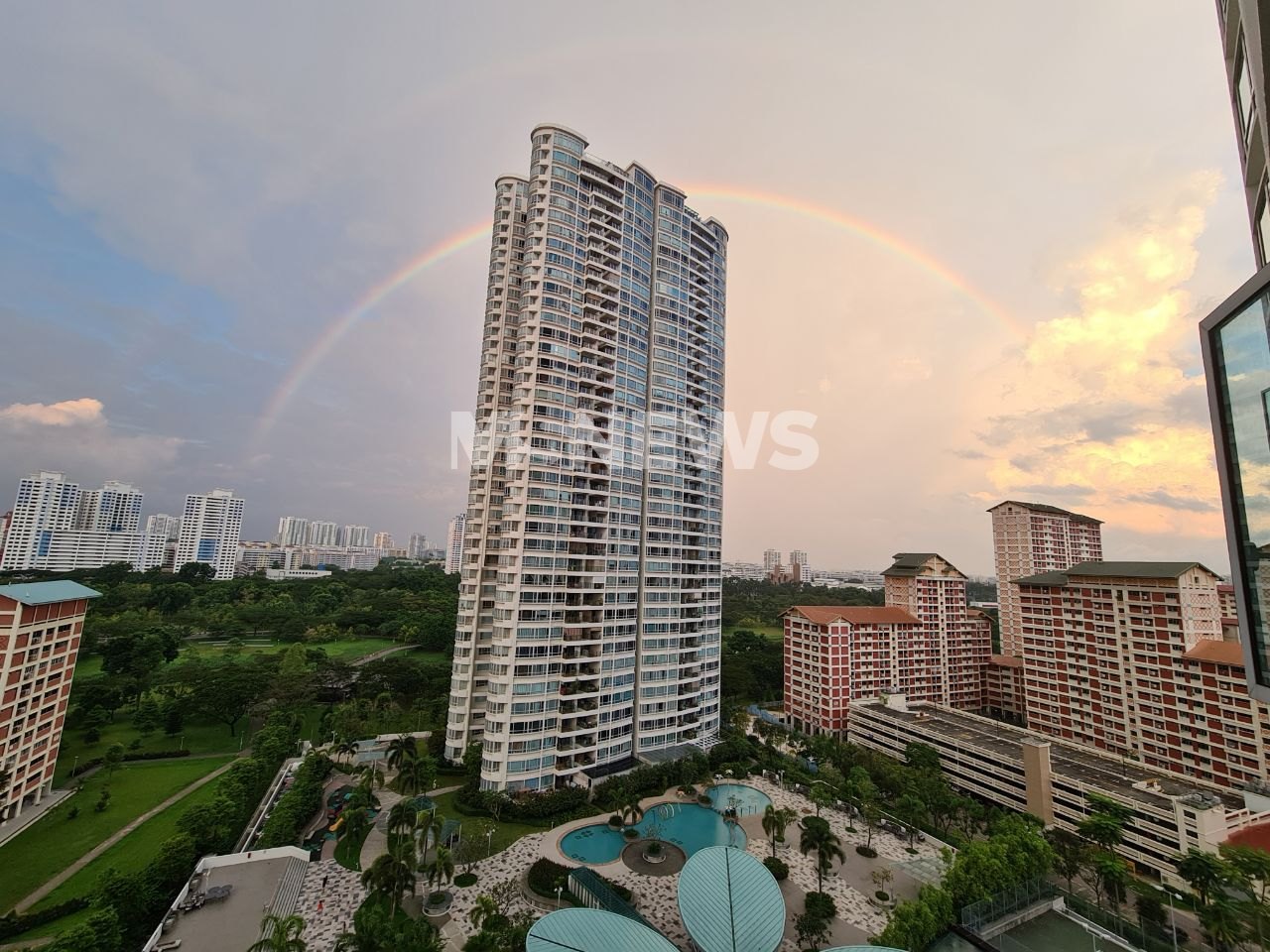 Amidst the festivities yesterday (25 Dec), the lucky ones who managed to capture this view were certainly in awe.

The rest of us who only got to see it in photos were still mesmerised nonetheless.

The sudden downpour in the mid-afternoon on Friday (25 Dec) may have caught us by surprise, but didn’t quite put a dampener on the holiday.

As many proceeded to prepare feasts for their mini gatherings, the skies eventually cleared to reveal something equally joyful. 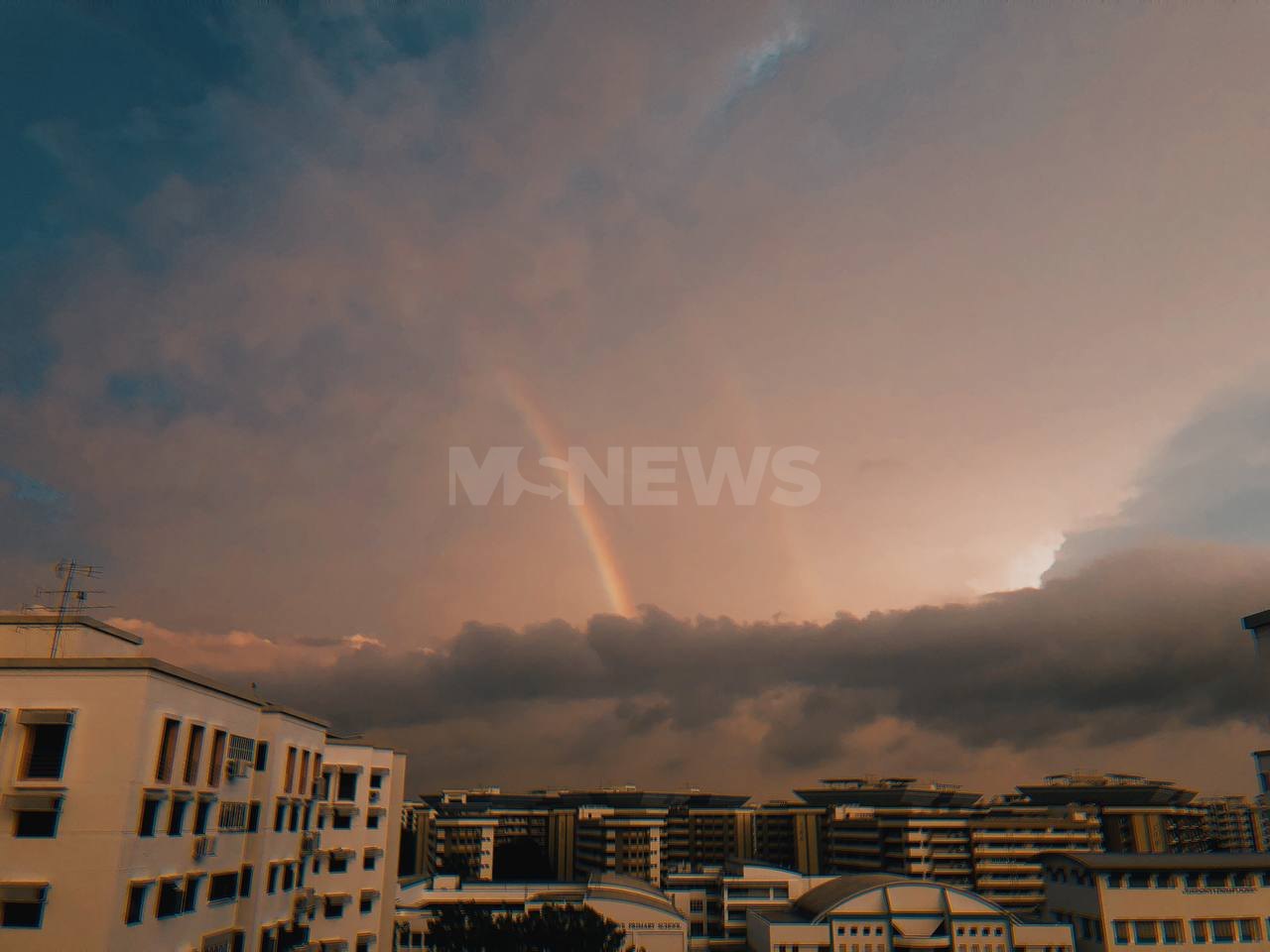 An MS News reader in Woodlands spotted the above phenomenon just as the storm clouds were starting to disappear.

Almost like a magical, multi-coloured strip of light across the dark sky, you’d wish you could find the Care Bears at one end, shooting the beams upwards.

Unlike the recent exciting store openings, the double rainbow wasn’t exclusive to the North, as residents in the North-East and even the far West spotted it too.

Here it is in Ang Mo Kio, captured by an MS News reader who could see the rainbow peering from behind the foliage. 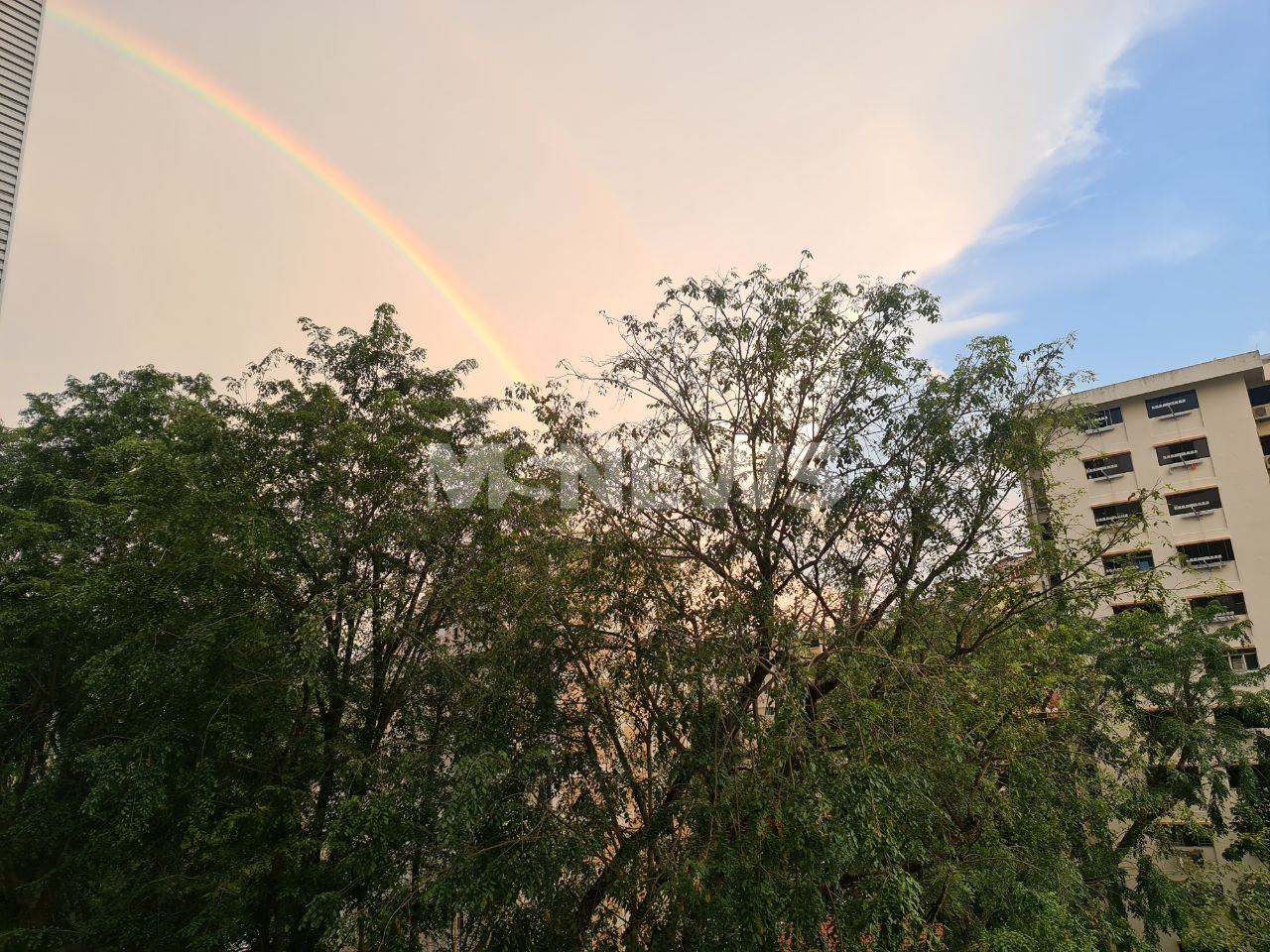 A member of the Facebook group CloudSpotting Singapore #cloudspottingsg caught sight of this magnificent double rainbow stretching over Hougang Mall. 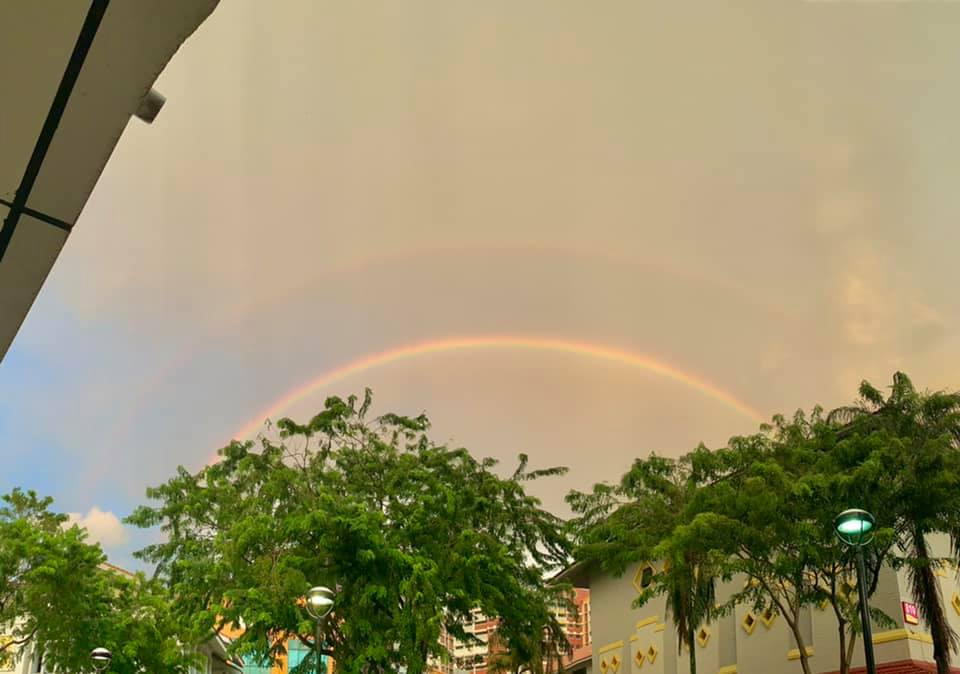 Over in Jurong, an MS News reader stopped by the roadside to take a photo of the rainbow illuminating the still cloudy sky. 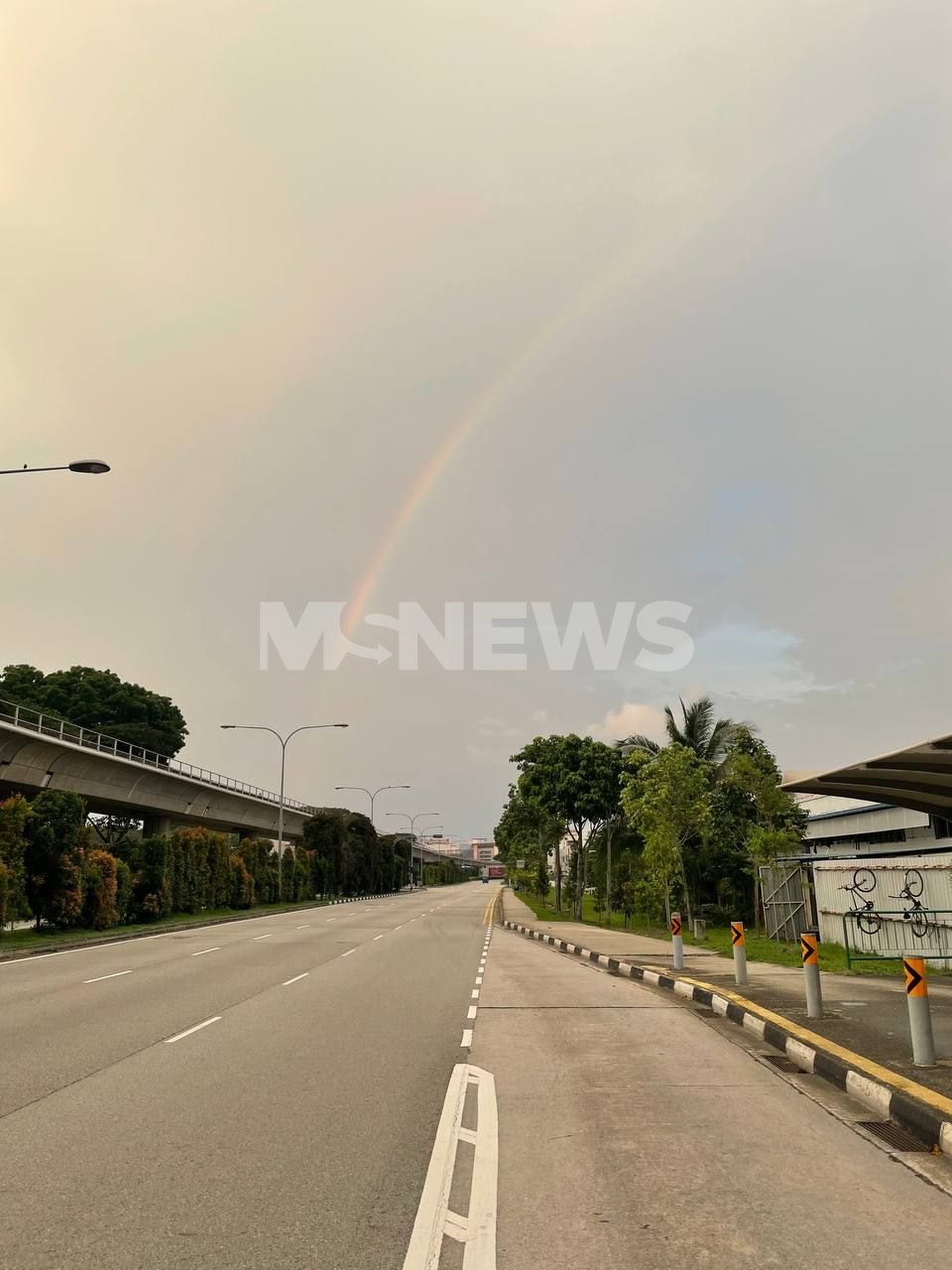 An added joy to the festive season

No matter how we spent our Christmas, whether with loved ones, or out doing work, yesterday gave us reasons to pause and celebrate the small joys.

For people observing the holiday, religion, tradition and love brought everyone together. For others, it was precious time to relax after a tough year.

And those who spotted the double rainbow had even more reason to feel blessed.

Let’s hope the new year will offer us more of such beauty, and the promise of a better path ahead.

Featured image courtesy of an MS News reader and adapted from Facebook.