Driver Changes Lanes On CTE & Collides With Motorcyclist, Motorists Urged To Be Wary 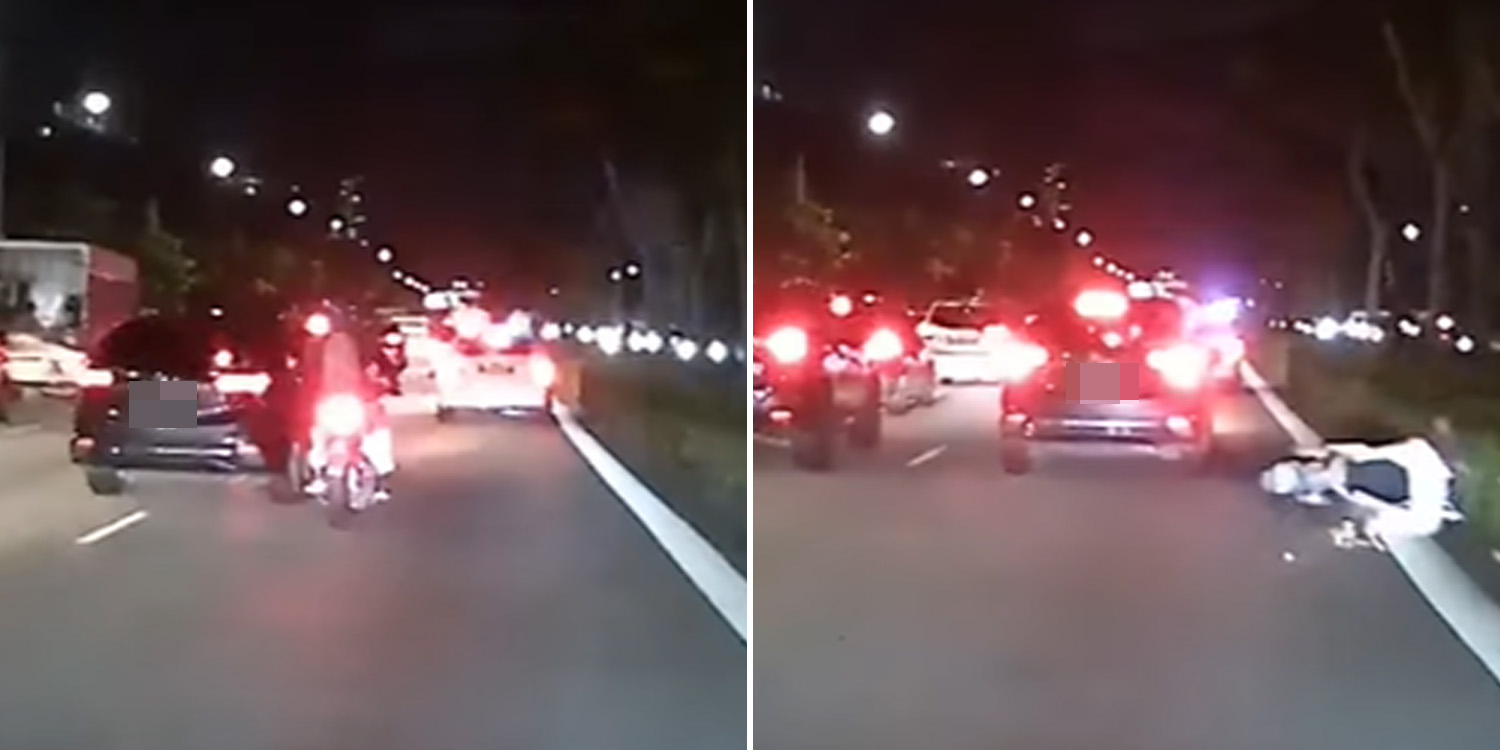 The driver later got off to check on the motorcyclist.

The peak hour rush can result in dangerous traffic conditions on our expressways. If motorists don’t exercise due care, they could find themselves in a pretty nasty accident.

This was unfortunately what happened when one driver abruptly switched lanes on the CTE.

He did so without checking if the way was clear and collided with a motorcyclist as a result.

After seeing footage of the accident, netizens are now urging motorists to be careful, especially on roads with busy traffic.

On Wednesday (21 Sep), a dashcam recording of the incident was posted on the SG Road Vigilante – SGRV Facebook page.

The clip shows a motorcyclist moving forward in the rightmost lane of the CTE.

A few seconds later, a Honda attempts to merge into the same lane from the left.

However, it appears that the Honda driver did not see the motorcyclist and collides with him.

This causes the latter to fall off his bike and skid into the bushes next to the expressway.

Upon realising what had just happened, the Honda driver disembarks and approaches the motorcyclist to check on him.

The small crash caused the bike to sustain some damage, as evident by the shattered glass on the road.

The video has since gone viral, with many urging motorists to drive carefully to avoid such situations, especially in heavy traffic conditions.

A few users called out the driver for not signalling before cutting into the next lane.

However, another netizen pointed out that the Honda driver did give a signal before changing lanes.

His mistake, they said, was in failing to check if the lane was clear before merging into it.

Another user urged motorcyclists to be careful as well.

Accidents arising from lane-cutting are frequent, and even brief moments of inattention could lead to devastating consequences.

Earlier this week, a similar accident occurred when a van cut across two lanes in Little India, hitting a bus.

The incident left the bus with a broken windscreen, forcing its passengers to disembark for the damage to be inspected.