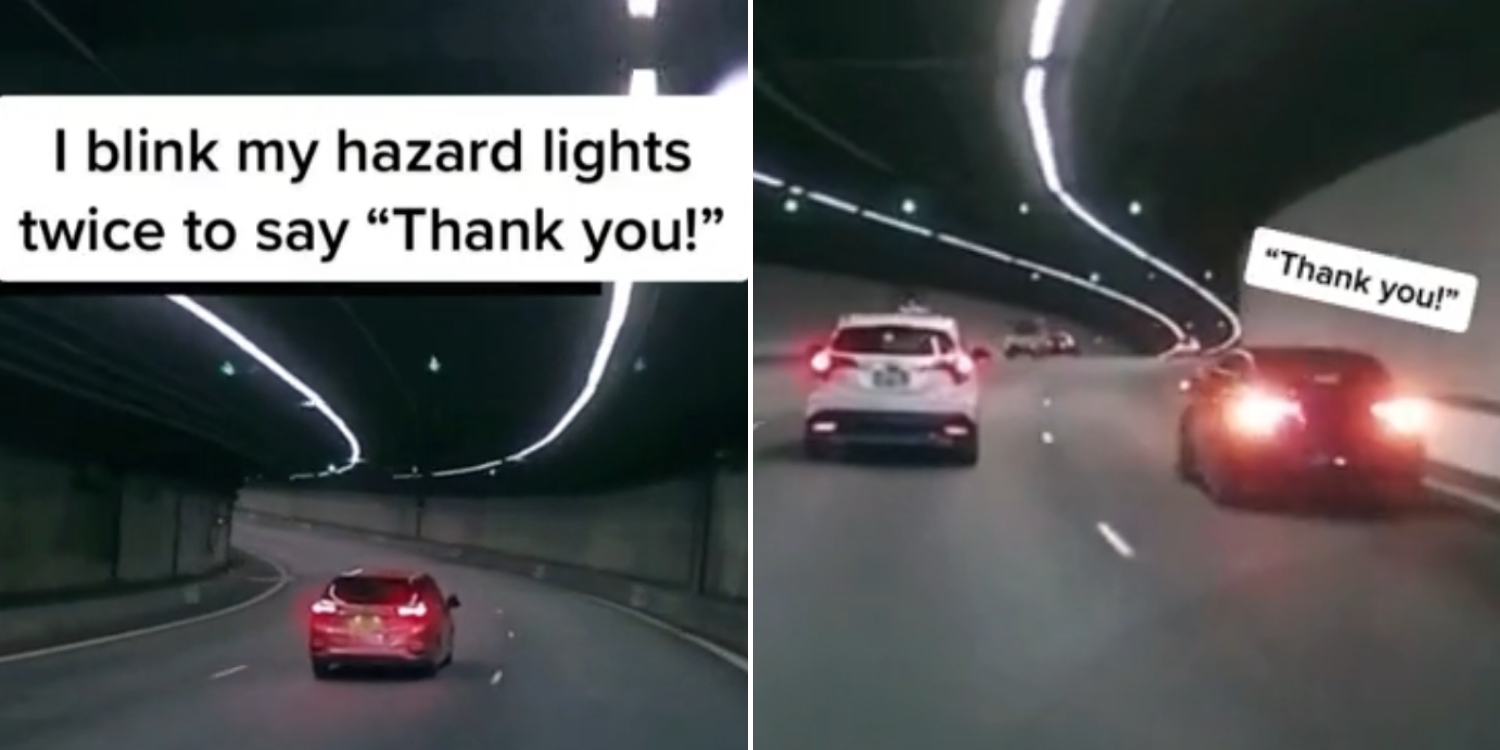 Many hope to see more of such kindness on the roads.

Singaporean drivers are always encouraged to be gracious towards other road users so everyone can have a safe and smooth journey.

Recently, a group of drivers on Central Expressway (CTE) did just that. They adopted the Japanese method of flashing their hazard lights as a way of saying thanks to each other.

The heart-warming sight touched netizens, who expressed their admiration for the drivers’ courteous act.

On Tuesday (26 Apr), user @kwakseonghoon shared dashcam footage of the wholesome moment on his TikTok page.

He was driving along CTE when a white car in front moved to the left so he could overtake.

To thank the driver for giving way, OP flashed his hazard lights twice. 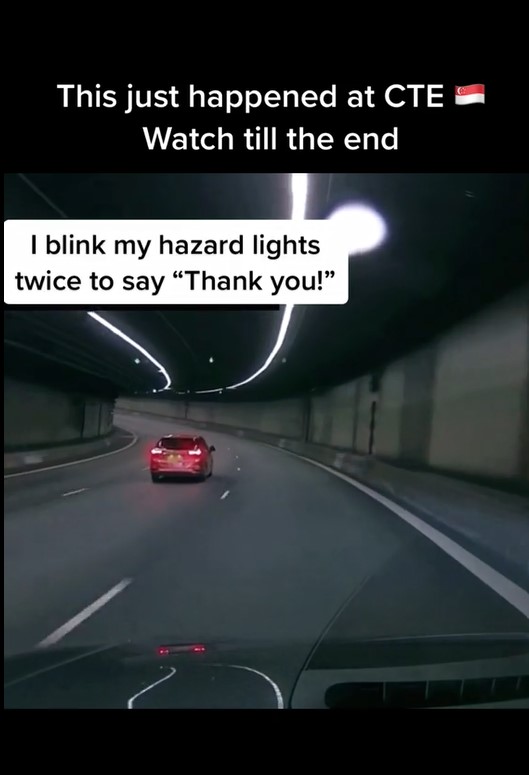 Later on, as he continued on his journey, he saw a black car approaching from behind and in a ‘role reversal’, decided to give way.

Like the OP did earlier, the driver blinked the car’s hazard lights twice as a form of saying thanks.

OP then let out a laugh, clearly amused at the cute gesture.

Seeing the wholesome encounter, many TikTok users left comments commending the drivers for their kind and wholesome behaviour.

Many praised the drivers for showing graciousness towards their fellow road users.

Some noted that this method of saying thanks on the road is not commonly seen in Singapore, so they were glad to see the drivers using it.

One expressed their wish for all Singapore road users to adopt this driving culture so everyone can have a pleasant journey.

A small act of kindness goes a long way

This is certainly a refreshing change from the usual negative reports on unsavoury road antics.

As the saying goes, “no act of kindness, no matter how small, is ever wasted.” While it was just a simple act, the gesture clearly lifted the spirits of not just the drivers, but also everyone who watched the video.

Hopefully, we will continue to see more of such positive vibes on the road.