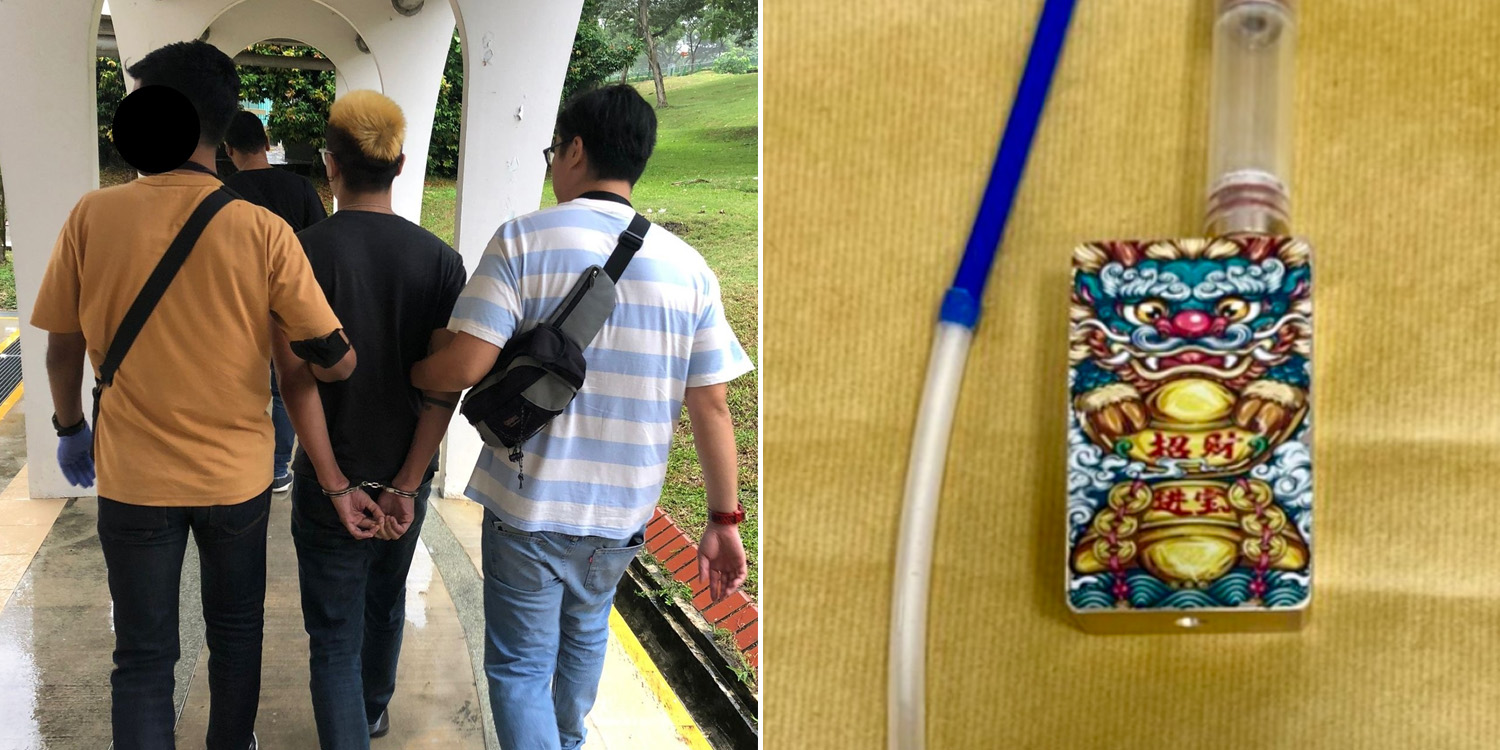 Weapons such as Samurai swords and batons were also seized.

Drug operations are often hard to predict, with suspects at times resorting to unorthodox means to evade arrest.

One such operation took place in Geylang when two drug suspects allegedly climbed out of a residential unit and onto the rooftop in order to avoid getting arrested.

Ultimately, the duo’s actions did not pay off, as they were eventually arrested by CNB officers. ‘Ice’, drug paraphernalia, and weapons were also found within their residential premises. 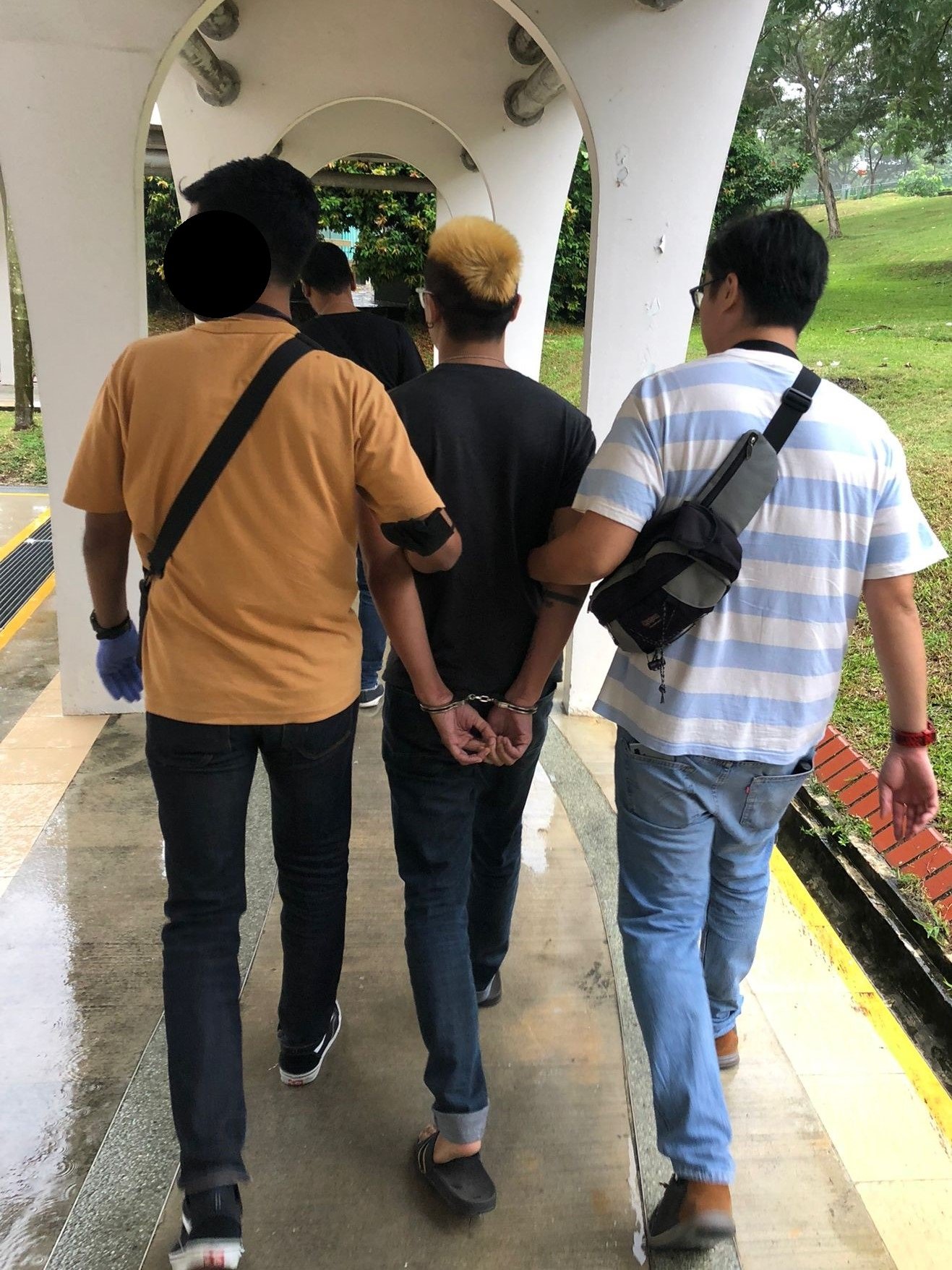 On Tuesday (20 Sep), CNB officers carried out a drug operation at a residential unit near Geylang Road.

Despite receiving multiple warnings from CNB officers, the occupants of the unit – a 36-year-old man and a 38-year-old lady – refused to grant them entry.

Subsequently, the pair was spotted climbing out of the unit’s window and onto the rooftop in an attempt to evade arrest.

While the lady was subsequently arrested on the rooftop, her male counterpart took things further by climbing into another unit.

His escape attempt, however, proved futile as he was later arrested by officers too.

The pair were later escorted back to their residential unit, where a number of items were seized: 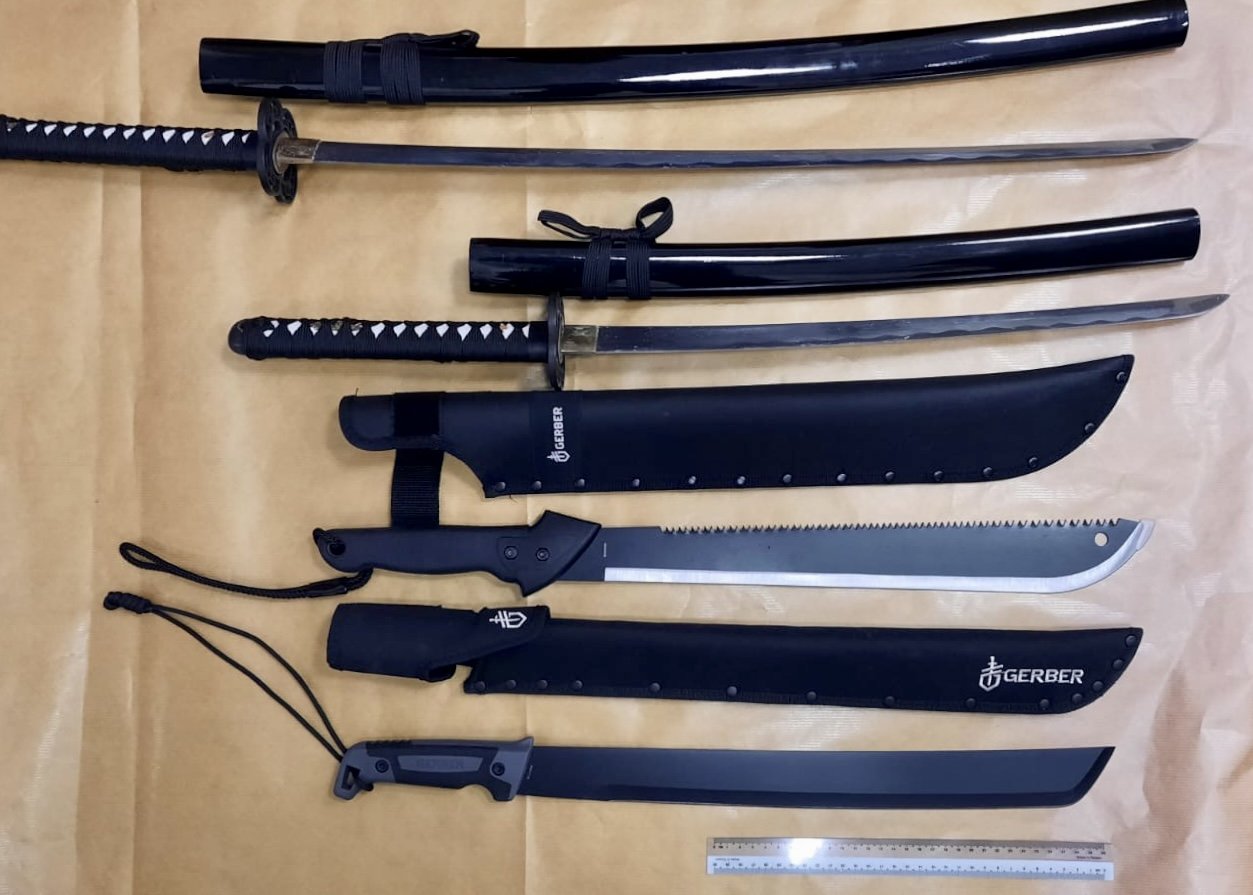 The arrest was part of an island-wide drug operation from 19 Sep to 23 Sep that saw the arrest of 71 suspected drug offenders.

Numerous types of controlled drugs, with an estimated street value of about S$26,000, were seized during the operation: