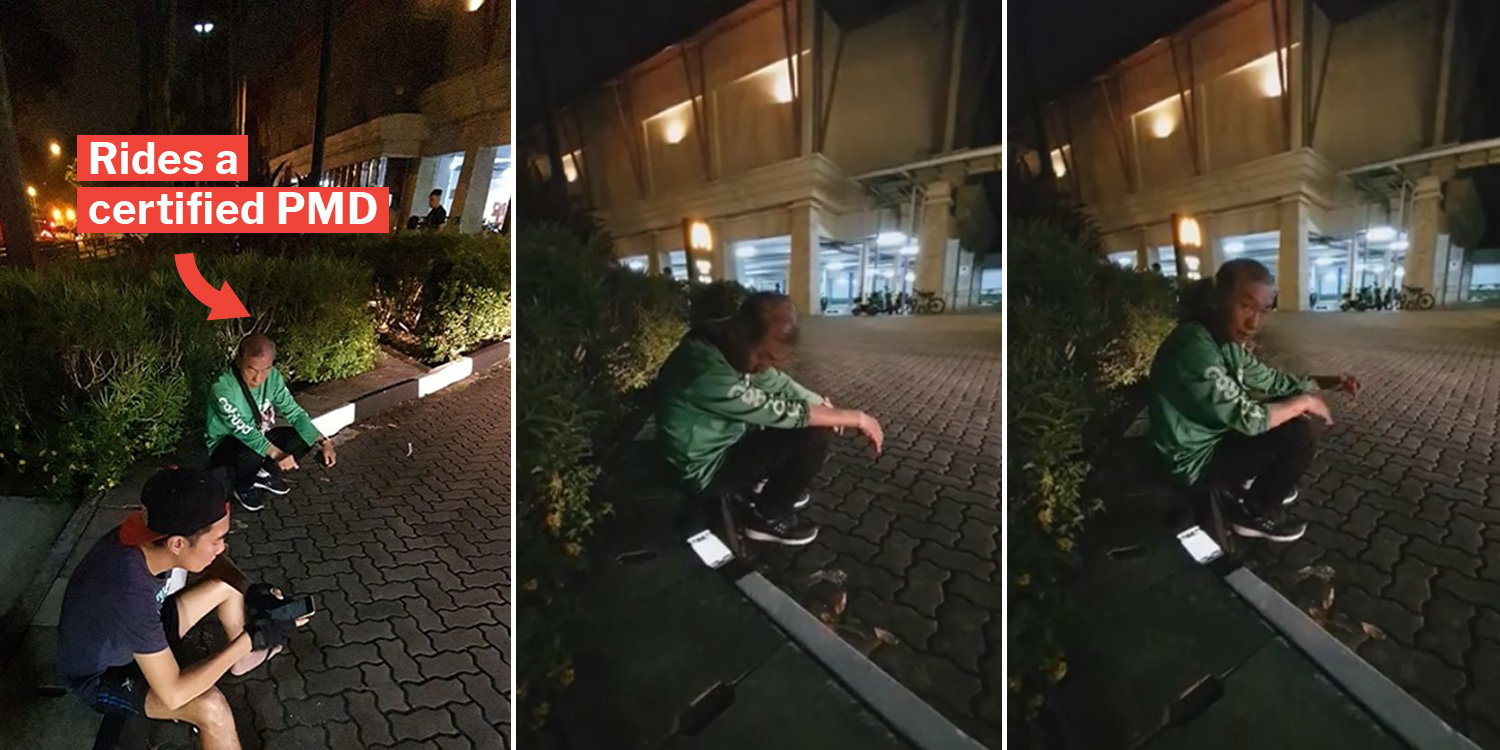 The PMD ban, while celebrated by many, also affects the lives and livelihood of many.

Facebook user Isaac recently uploaded a picture and video of an elderly food delivery rider dozing off while seated on the sidewalk.

The elderly rider apparently rides a ‘UL2272 certified non-modified’ PMD, and he’s dozing off because he’s extremely tired from making all the deliveries. Yet, according to Isaac,he wants to continue delivering more to make ends meet.

Isaac then wonders in his post about what will happen to this elderly rider, and all the others who depend on food delivery to make a living, now that the PMD ban is in force.

Wants to show that there are responsible riders

Isaac makes it clear that his Facebook post isn’t purposed to disparage the government for the ban, but to show that there are responsible elderly delivery riders who make a living using PMDs to make deliveries. And that that may not be possible now that the ban is in effect.

He also wished that more thought had gone into the decision-making process. We’re assuming he means for the government to have come up with firmer and stricter regulations rather than a straight-out ban.

PMDs not allowed on footpaths and grass

After the ban was put in place, many videos came up showing PMD riders on grass patches. Netizens joked that they had found a way to circumvent the law.

But as it turns out, PMDs are also not allowed on grass. Users who ride them on grass patches between footpaths and road can face fines of up to $5,000.

While it will certainly be very hard for delivery riders to get around on their PMDs without using footpaths, hopefully they will find alternatives to it.

Senior Minister of State for Transport Lam Pin Min shared on Monday (4 Nov) that the authorities will work with Workforce Singapore (WSG) to help riders find new jobs should they no longer be able to work due to the PMD ban.