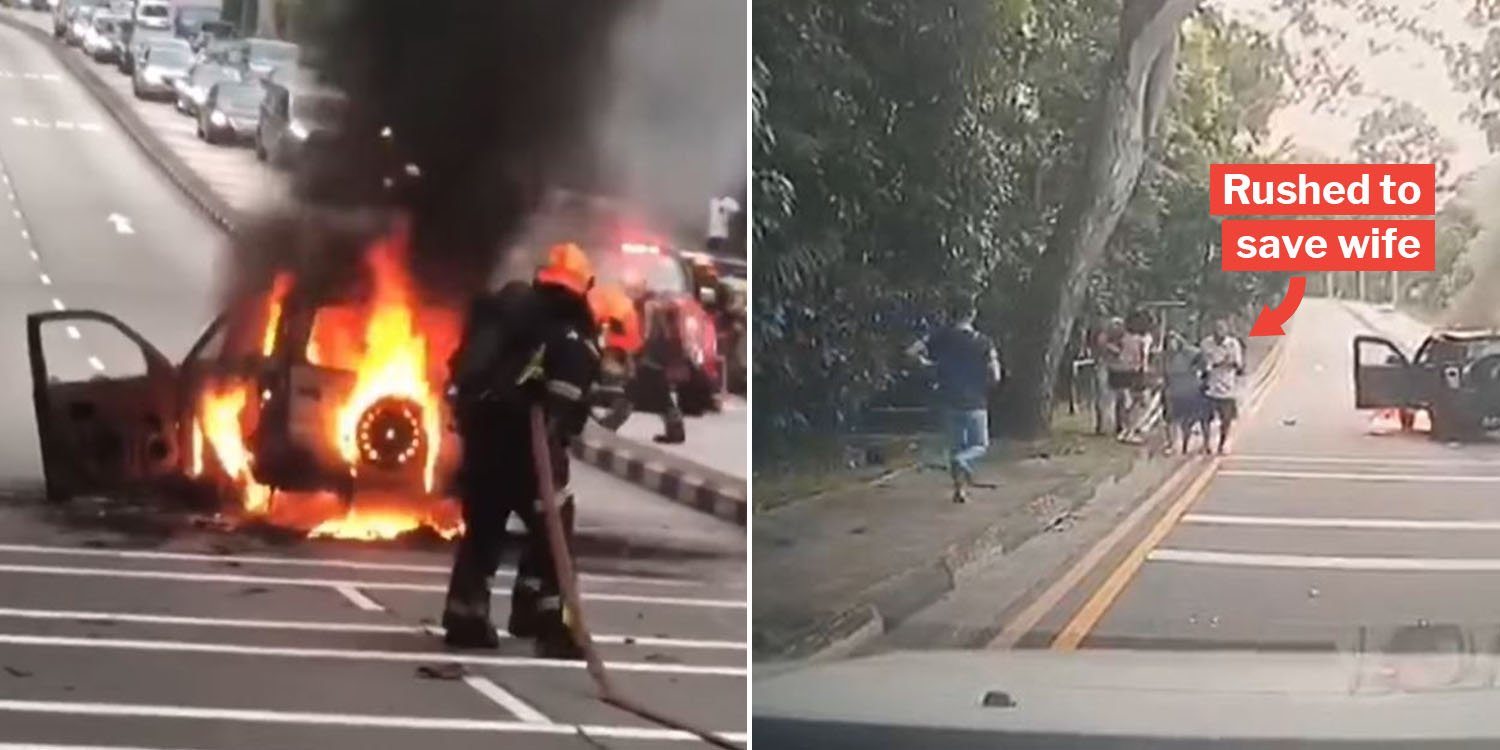 The elderly man immediately rushed over to rescue his wife.

It was supposed to be a normal drive along Eng Neo Avenue to their daughter’s workplace at Turf City on 28 Dec. Suddenly, Mr Tan Cheng Whatt, 72, and his wife Mdm Khoo Geok Hwa, found themselves in a life-and-death situation.

A motorcycle was flung over a kerb towards their car. It went underneath the car, setting it on fire. Mr Tan managed to pull out and save his wheelchair-bound wife in time, reports The Straits Times.

Rushed to wife within a minute

According to the couple’s son, Mr Derrick Tan, the motorcycle skidded from the opposite lane and flew over the kerb at Eng Neo Avenue. Although the senior Mr Tan stopped the car, the burning motorcycle went under the car.

The fire spread to the car “within seconds”. Despite the huge shock, he immediately ran out of his car to rescue his wife in the passenger seat. 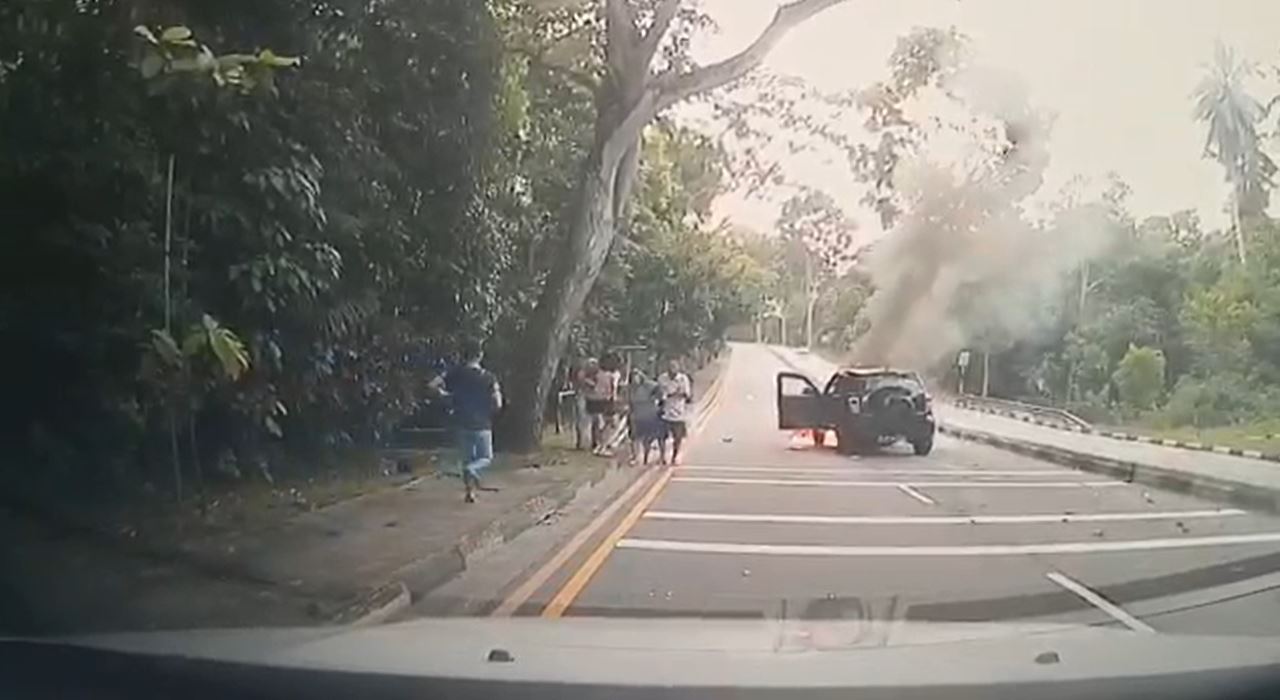 With the help of some bystanders, they managed to pull Mdm Khoo out of the burning car. The elderly couple miraculously escaped the horrific accident safely.

The motorcyclist, 23, was conscious when he was sent to the National University Hospital. Fortunately, he only suffered minor injuries. The Singapore Civil Defence Force (SCDF) and police said they were informed of the accident at about 6.20pm.

Videos circulating on social media show SCDF firefighters at the scene, behind the burning car. 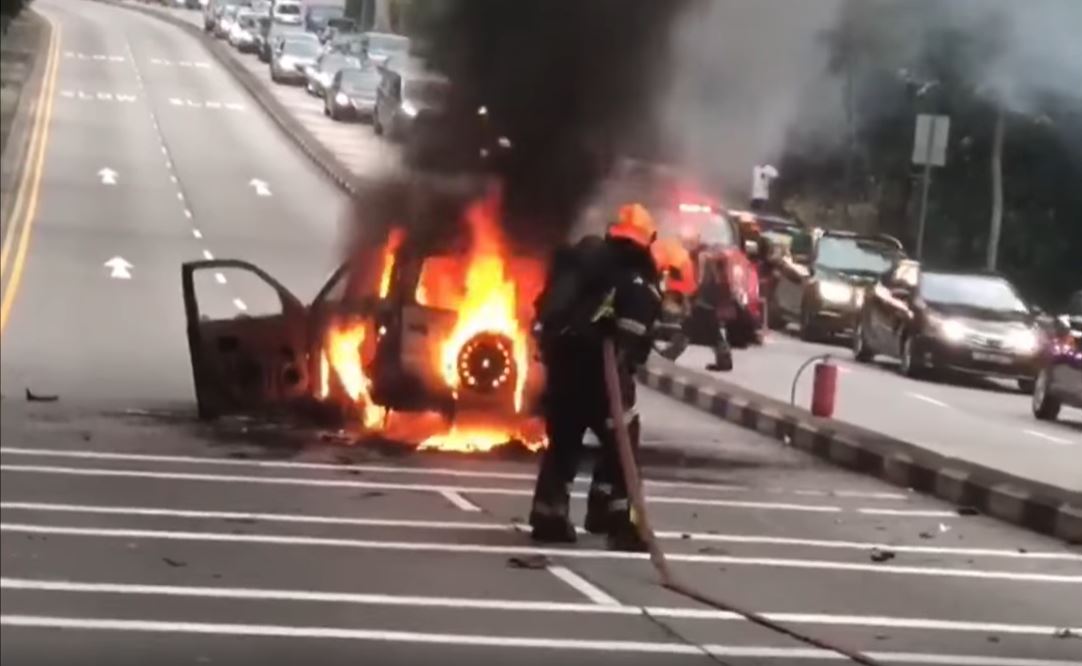 Mr Derrick shared with ST that his mother cried and is “very thankful that [his] dad was fast enough because if not, she would have been burnt.”

The accident shocked Mdm Khoo, who said that her “hands and feet had gone soft”.

Photos of the car posted by Mr Derrick showed how badly the car had been burnt. 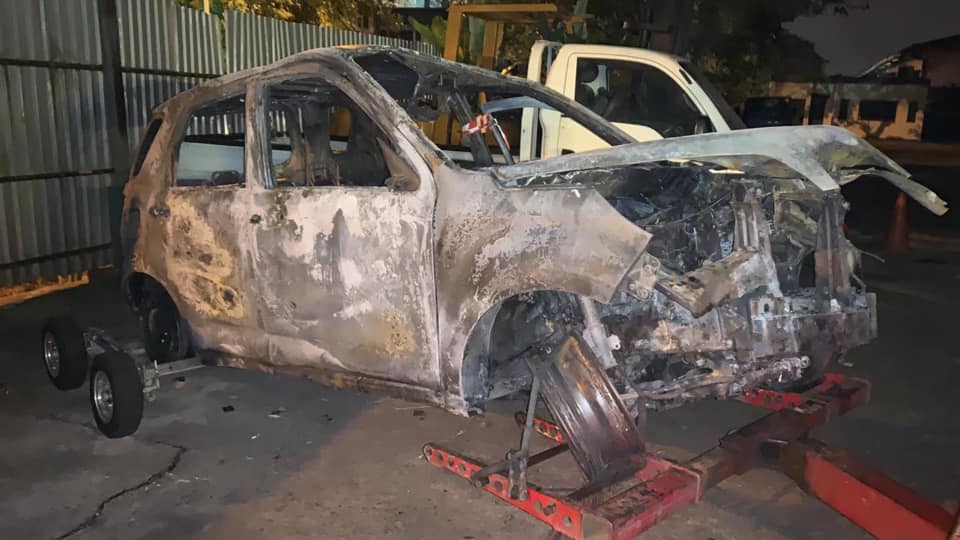 Kudos to Mr Tan & those who helped

Mr Derrick expressed his gratefulness to Mr Yeo and his family, who rushed to help his parents immediately after seeing the blaze. He hailed his father as a hero whose priority was saving his “precious wife”.

We wish all parties who were involved in the accident a speedy recovery from their trauma and injuries.