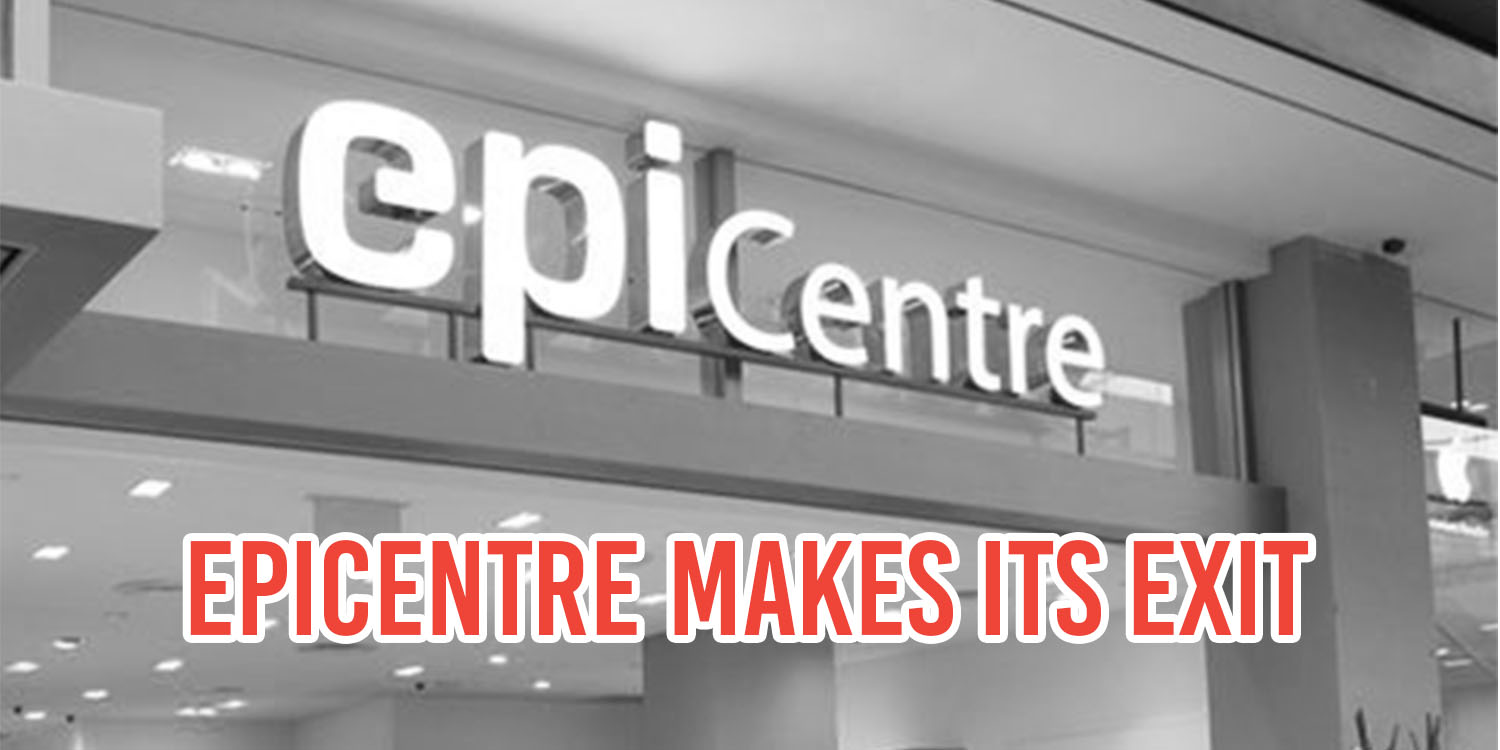 EpiCentre, A Leading Authorised Apple Reseller, Has Been Acquired By Rival iStudio For $500k

2018 appears to be a year of exits: Uber, oBike and now EpiCentre.

It was announced on Tuesday (26 Jun) that EpiCentre Holdings will be handing over its online store and all four EpiCentre outlets to Elush (T3), which runs Apple reseller chain, iStudio.

Elush (T3) will also be given the license to use their signature “EpiCentre” and “Live Out Loud by EpiCentre” with no extra cost.

This week’s news marks a fall from grace for the tech retailer. Just 12 years ago, it was lauded as Apple’s Best Point-of-Sale in Asia.

EpiCentre was awarded this accolade four years after it was established.

They were also listed on the Catalist board in the early 2008.

In 2011, they opened more than 10 stores across Singapore, Malaysia and China to boot.

So why did it fail? EpiCentre has been facing stiff competitions from other Apple stores and Apple Premium Retailers in town.

Thus, they shifted away from just retailing Apple products in 2017 and attempted to diversify its portfolio by delving into digital lifestyle products selling wearable tech with its Live Out Loud concept.

2. Revenue impacted by renovation of outlets

EpiCentre discontinued one of its major outlets as its lease expired.

To worsen the matter, a handful of stores were vacant due to renovation, which affected their revenue significantly.

EpiCentre’s business first showed worrying signs when they reported making a net loss of S$2.87 million for the whole year.

Shortly after, the firm raised $1.5 million through crowdfunding platform, MoolahSense in 2016.

However, it did not manage to help with their situation as the business continues to sink into the red.

In the latter part of 2017, EpiCentre reported making a net loss of approximately $55,000 before income tax.

They claimed that the dip in their revenue was due to a slowdown in the global economy, resulting in poor retail sentiments.

EpiCentre throws in the towel

With the aforementioned reasons in mind, they decided to leave the business in the lurch.

However, EpiCentre alluded that they will continue to pursue its lifestyle, wellness and beauty arm while venturing into other business opportunities.