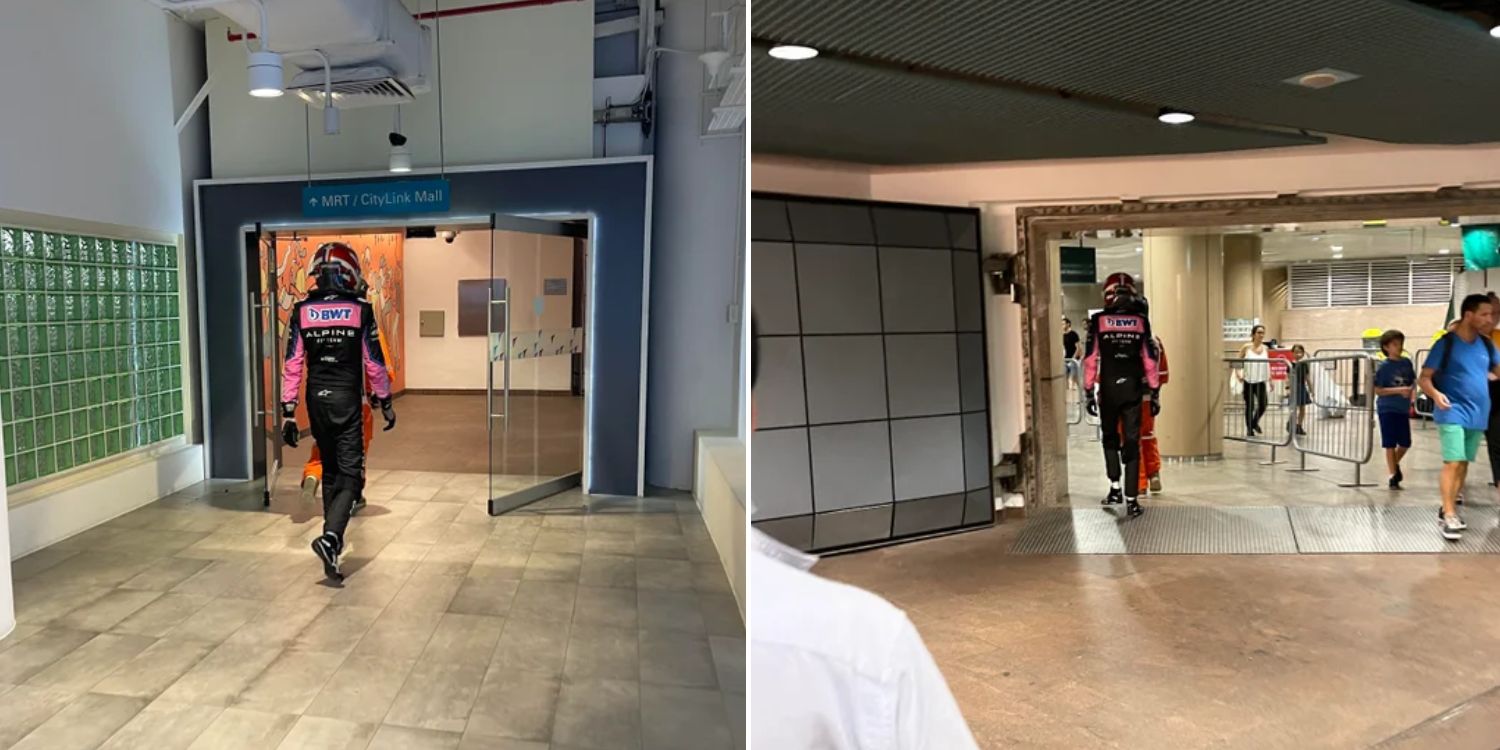 Hope he had an EZ-Link card on him.

Over the last weekend, Singapore welcomed the return of the F1 Grand Prix, to a record-breaking turnout.

As the race raged on Sunday, the wet weather coupled with the infamously rigorous track caused many drivers to limp out of the race for various reasons.

One such driver was Esteban Ocon, who was spotted by race attendees walking through the Esplanade underpass after retiring from the race early.

His vehicle had puffed out a cloud of smoke during lap 27 of the 61-lap race.

Esteban Ocon retires from race after car breaks down 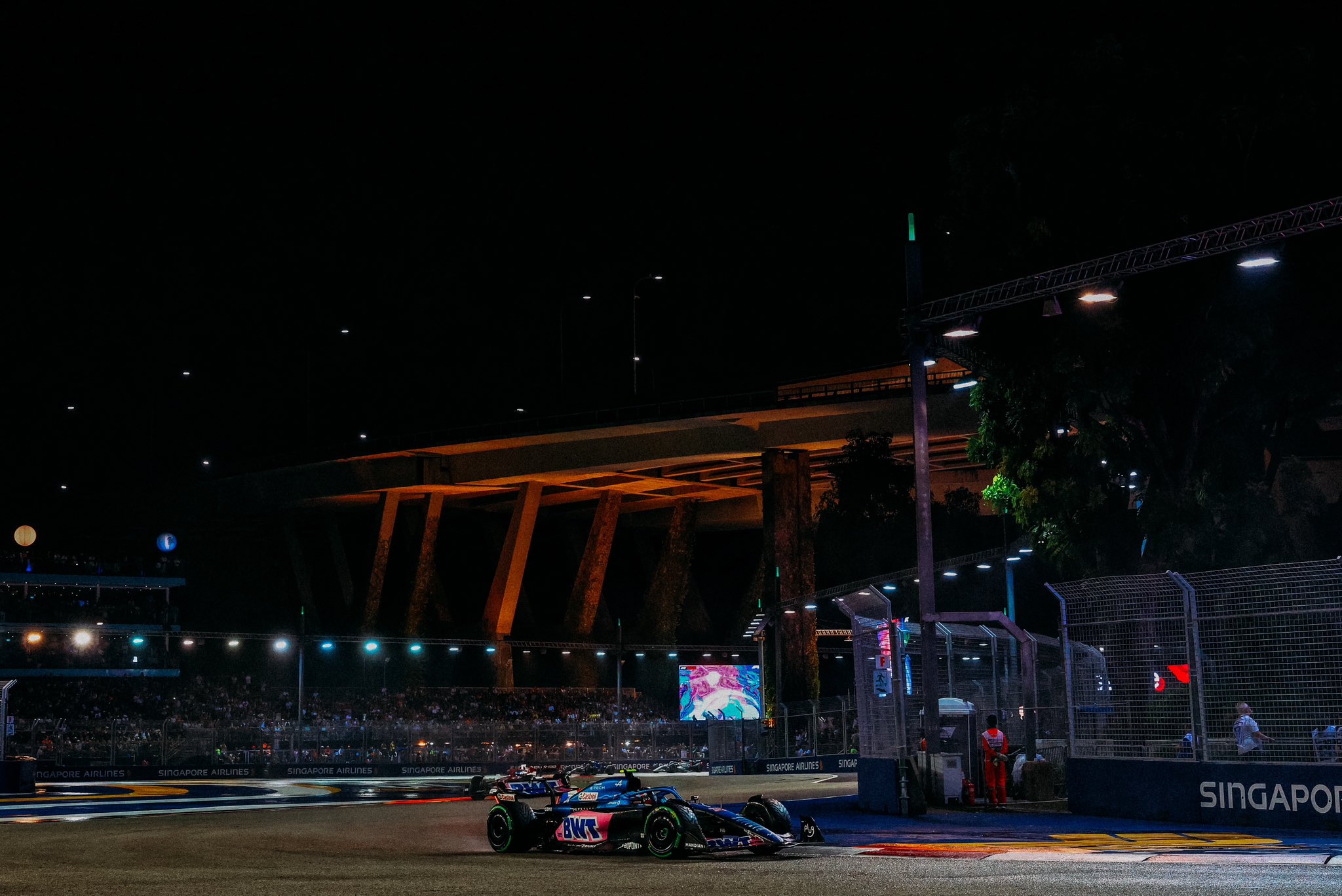 He started the race in 17th place and got up to 15th on the first lap.

However, on lap 27, the French driver stopped on the track as smoked billowed from his car. 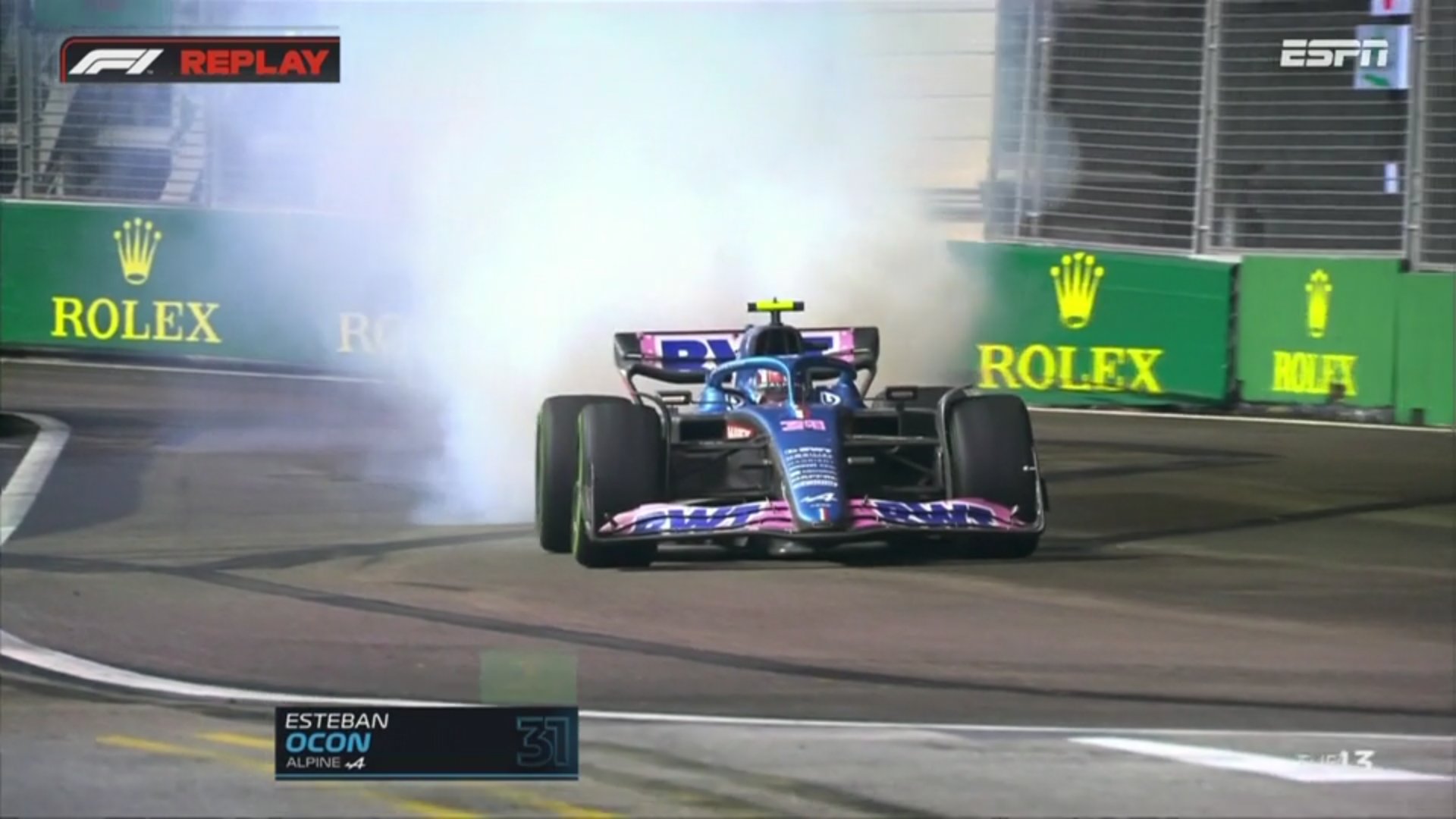 He then walked out of his faulty vehicle, looking back at the race car as he exited the track.

While some may wonder where the driver had run off to, a race attendee captured pictures of the Frenchman’s whereabouts after his untimely exit from the race.

In the depths of the Esplanade underpass, the driver was seen walking casually down the rather empty corridors. 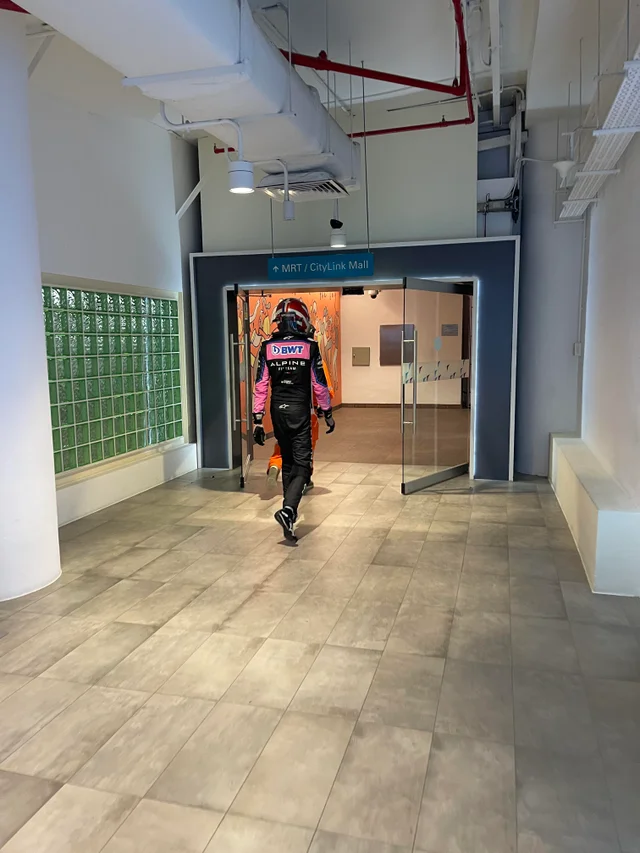 Race helmet still strapped on tight, the towering figure walked calmly towards the pit boxes at the F1 Pit Building.

Another photo shows him passing race attendees, who must be wondering why a driver was casually strolling along the underground passage while the race was still going on. 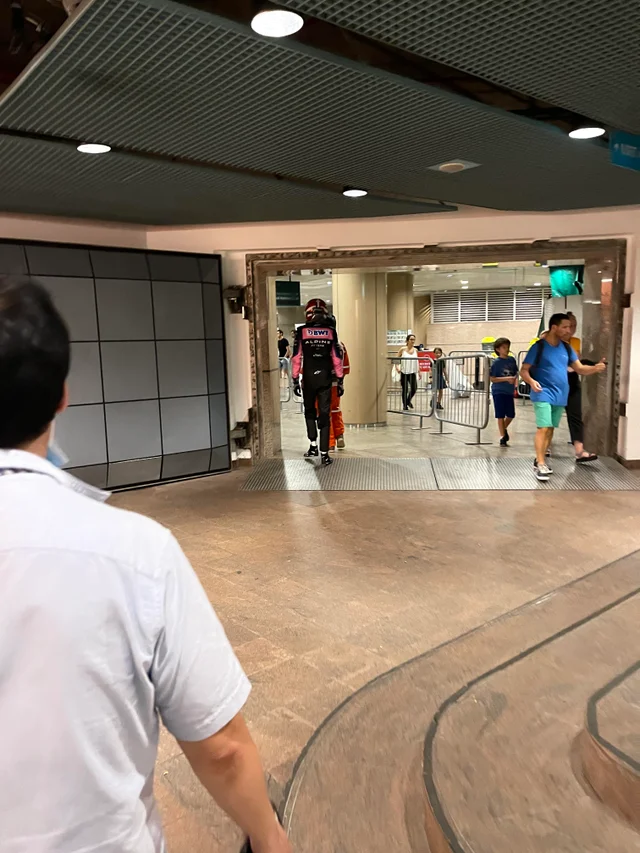 Ocon must be understandably frustrated with his showing at the Singapore Grand Prix as the race finally returned after a 2-year hiatus.

Hope someone passed him an EZ-Link card

It is unknown if Ocon really did get on the MRT but we’d like to think he did.

After all, the roads around the area were closed for the race.

Hopefully, someone handed him an EZ-Link card to soothe him after a disappointing race.