We often wonder how we have impacted the lives of others. Sometimes even the simplest of actions could make a difference to someone, be it our family, friends, or a stranger.

Recently, a Redditor posted about a condolence note he had found for a cobbler in Eunos, Mr Chin, who had passed on.

The note inspired him to write a touching tribute, which caught the attention of Mr Chin’s relative, who later thanked the Redditor.

Note stuck on the wall where cobbler’s shop was

Speaking with MS News, the Redditor said that he was made aware of the cobbler’s passing as there was a note stuck on the wall where Mr Chin’s shop used to be. 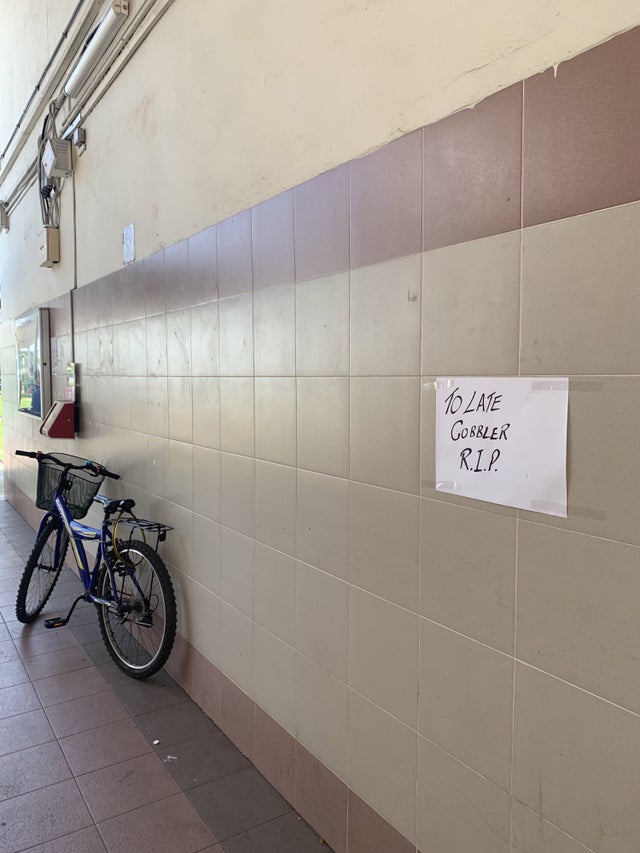 Mr Chin was described as an old man with white hair, who always dressed in a striped polo t-shirt and black pants.

Cobbler had been plying his trade in Eunos for years

The Redditor told MS News that the late Mr Chin had been there since he moved to Eunos Crescent 9 years ago.

On many occasions, the Redditor made a trip to the cobbler to restitch the sides of his Nike shoes as he could not afford to replace them. 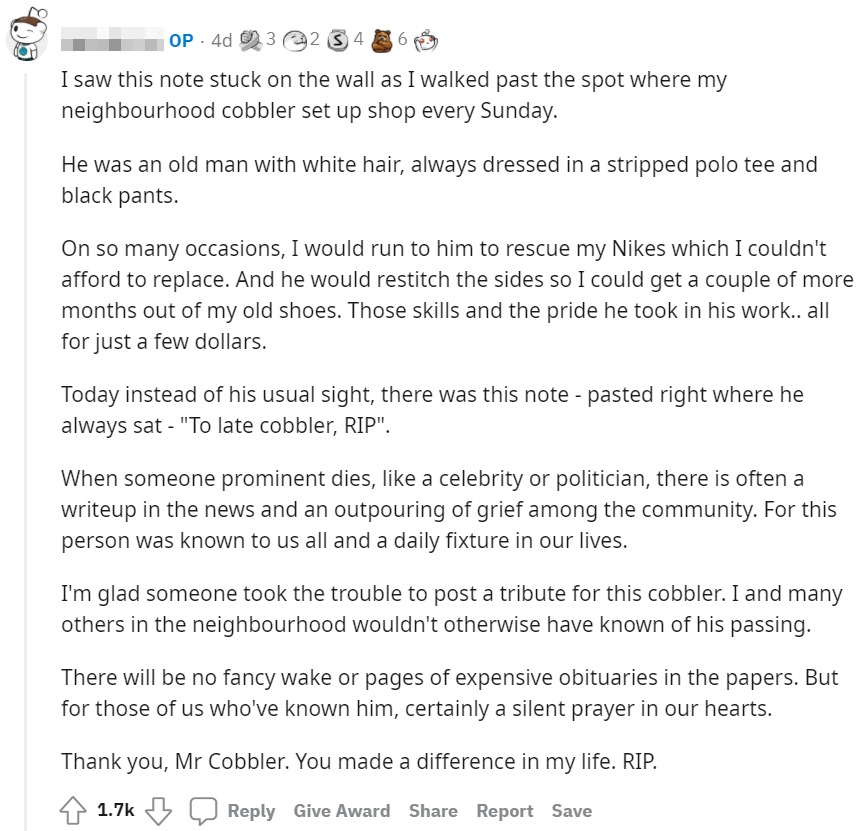 The late Mr Chin inspired the Redditor because of the skills and pride he took in his work, and for offering affordable prices.

The condolence note written for the late Mr Chin was just a simple tribute to the cobbler who had made a difference in this Redditor’s life.

The Redditor was also glad that someone took the trouble to paste a note on the wall to let the neighbourhood know about his passing.

When he first saw the notice, his heart sank in disbelief. He told MS News that he felt rather emotional and even teared up, which motivated him to write the post.

Just an ordinary man who touched the lives of others

Though the late cobbler may have been a simple man whose passing didn’t lead to major news coverage or national mourning, the Redditor had this to say:

When someone prominent dies, like a celebrity or politician, there is often a writeup in the news and an outpouring of grief among the community. For this person was known to us all and a daily fixture in our lives.

While there might not be any fancy wakes or obituaries in the papers, the Redditor was sure that those who knew Mr Chin would recite silent prayers in their hearts.

Relatives of late cobbler grateful for the note

The Redditor also updated his post to inform others that Mr Chin’s relative had reached out to him. 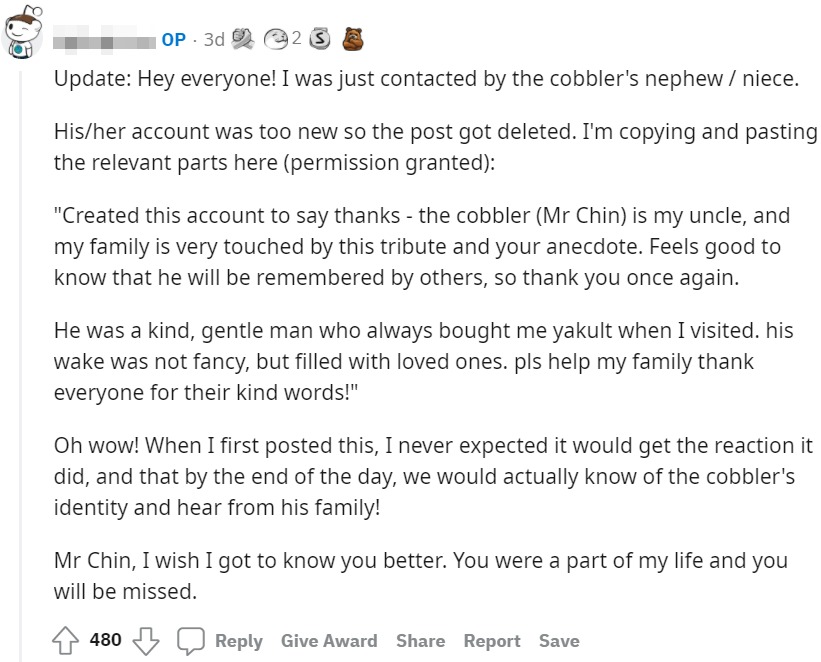 According to the relative, Mr Chin’s family was very touched by the Redditor’s tribute and anecdote.

They apparently thanked him and wrote, “Feels good to know that he will be remembered by others, so thank you once again.”

While Mr Chin’s wake was simple, his loved ones were present to send him off.

In light of the positive reactions, the Redditor told MS News that he never expected the many touching responses. He was even more thrilled when he got to learn more about the late cobbler through the relative’s reply.

The Redditor marvelled at the positive connection that a simple photo and social media post can create.

He also mentioned that since his last update, Mr Chin’s granddaughter had also contacted him to thank him.

A simple man who left a huge impact on others

Mr Chin was simply living his life and doing what he loved. Who would have known that he had touched the lives of so many others?

The Redditor’s post has certainly helped to amplify his significance to the community and his family. Kudos to the Redditor for sharing.

MS News offers our condolences to Mr Chin’s family and friends. May he rest in peace.