He was homeless after his release from prison.

Due to negative stereotypes about ex-convicts that are prevalent in society, they often find it challenging to get back on their feet and reintegrate.

However, former Member of Parliament (MP) Amrin Amin recently met up with an ex-convict who proved such doubters wrong.

The ex-convict, Dylan, shared with Mr Amrin that he landed a place in law school at Singapore University of Social Sciences (SUSS) after overcoming multiple setbacks.

Ex-convict was homeless after release from prison

On Wednesday (7 Dec), Mr Amrin shared on Facebook that he met up with Dylan the previous day. 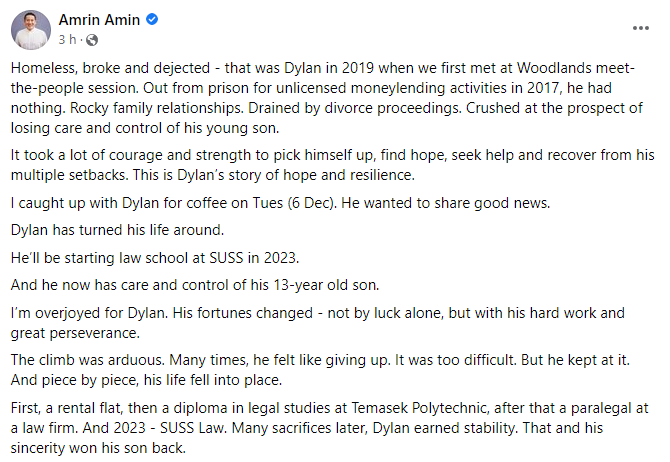 They first met in 2019 at a Woodlands meet-the-people session, he wrote. At the time, the latter was “homeless, broke, and dejected.”

According to Mr Amrin, Dylan was released from prison in 2017 after serving time for unlicensed moneylending activities. Back then, “he had nothing”.

Unfortunately for Dylan, his release from prison did not signal the end of his troubles.

He faced a strained relationship with his family and was going through divorce proceedings. On top of that, there was the possibility that he could lose care and control over his young son.

Thus, picking himself up and overcoming these challenges was an uphill battle for Dylan, Mr Amrin wrote.

Earns place in law school after getting diploma

Several years later, Mr Amrin met Dylan again and learnt that he has successfully turned his life around. 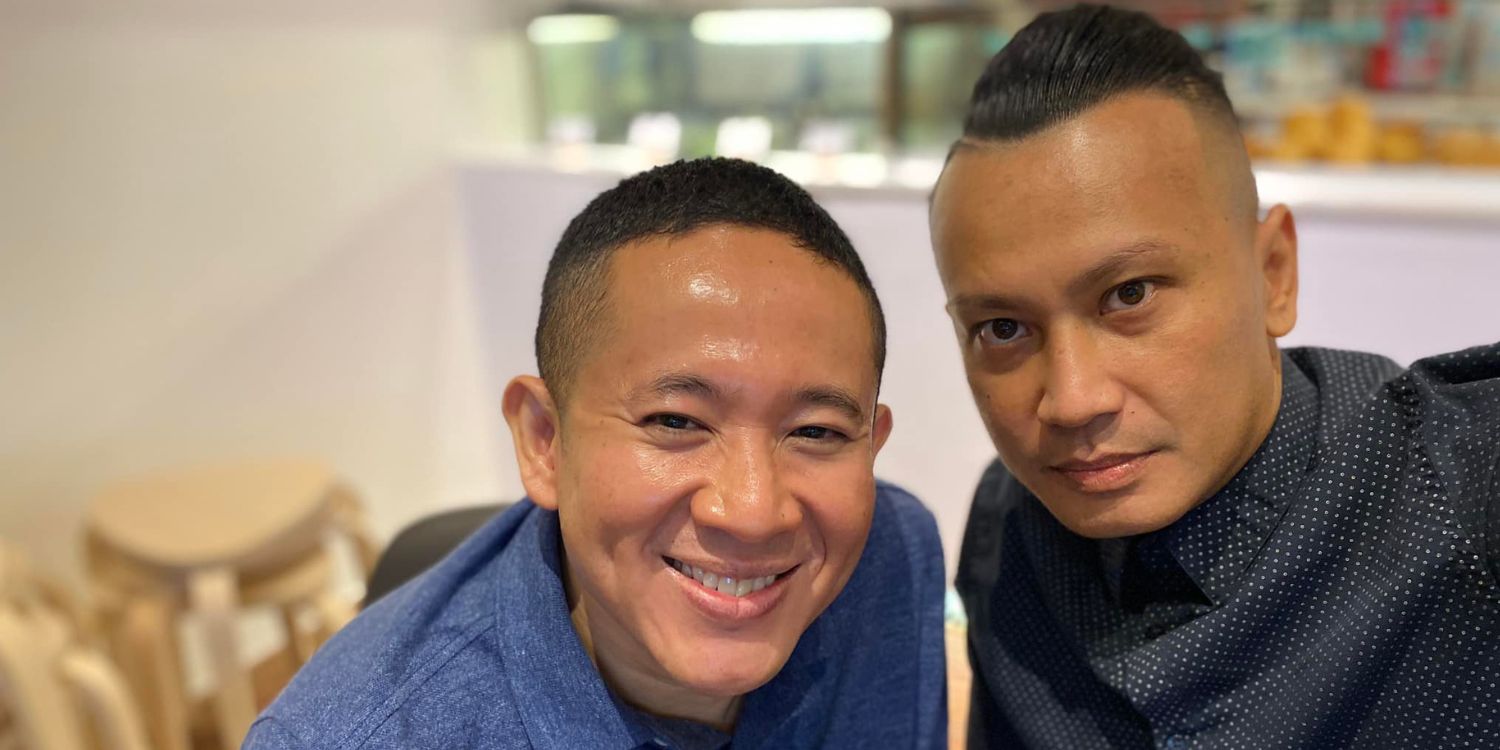 He not only managed to secure a rental flat but also a diploma in law from Temasek Polytechnic with some help. Dylan also had a stint as a paralegal at a law firm.

His efforts further earned him a spot in law school at Singapore University of Social Sciences (SUSS), where he would start his studies in 2023.

To top all his impressive achievements off, Dylan is now able to care for his 13-year-old son again.

Noting Dylan’s achievements, Mr Amrin expressed pride and joy at the fact that he managed to change his fortunes not by luck alone, but with hard work and resilience.

Of course, Dylan felt like giving up many times, the ex-MP noted. However, he persisted and his life started falling into place, granting him stability.

Ultimately, his sacrifices and sincerity won his son back, perhaps his most precious reward.

Wishing him all the best for his studies

Despite the challenges he faced, seeing Dylan come so far and setting a new path for himself is truly inspiring.

We wish him all the best for his studies in law school, and hope others who’ve had similar struggles as him will find the strength to keep going too.

Featured image adapted from Amrin Amin on Facebook and Wikipedia.