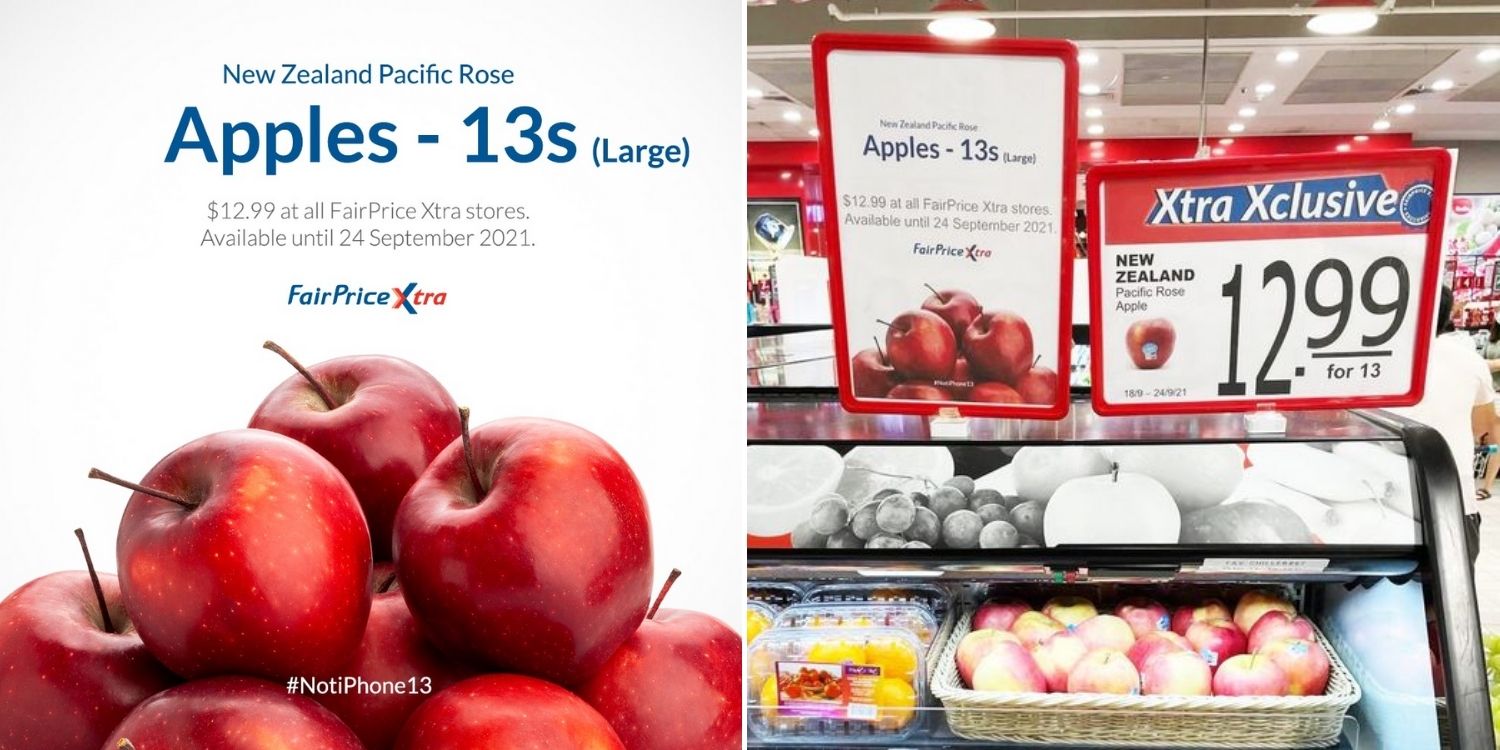 The marketing ad states that it's #NotiPhone13.

Marketing stunts, if done correctly, can really rile up the public in a good way. FairPrice had recently hopped onto Apple’s latest iPhone announcements to present a promotion for their apples in-store. 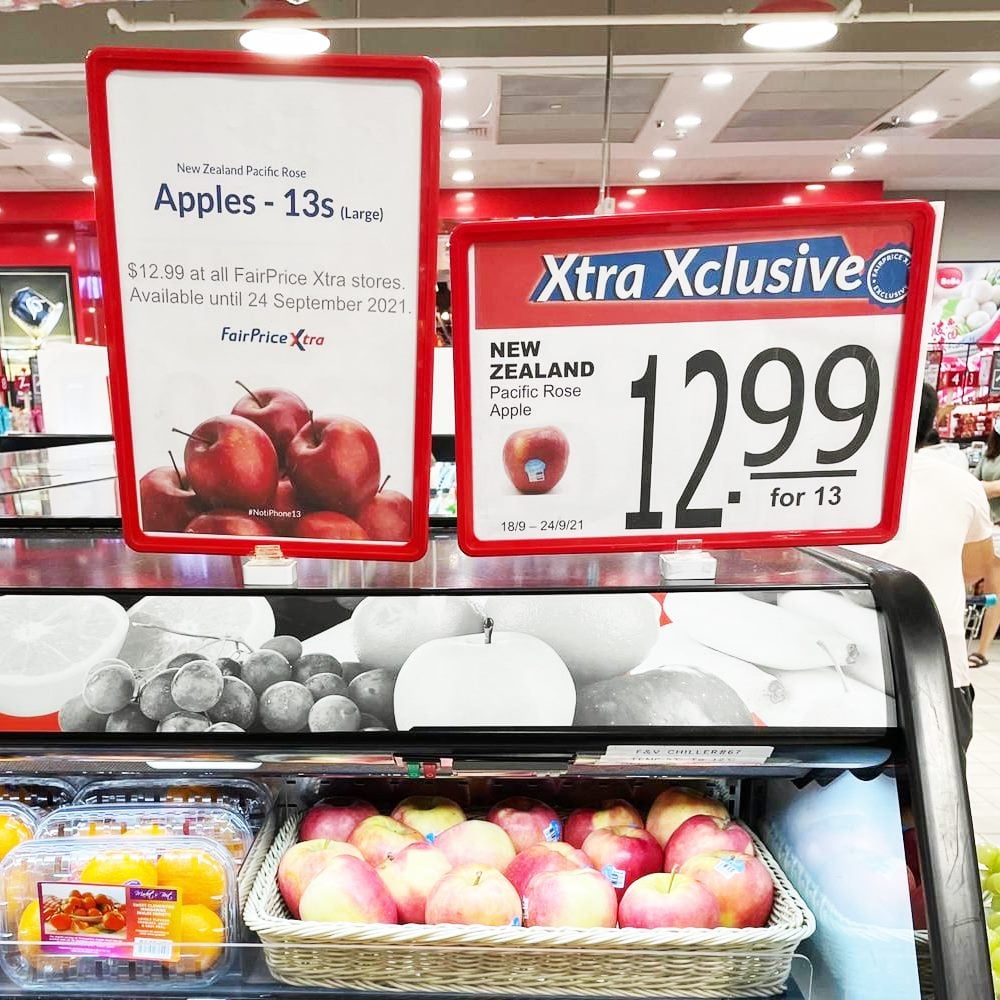 Netizens noted the similarities in the numbers with the iPhone 13 launch and came in droves to comment on a job well done.

The social media team behind the NTUC FairPrice Facebook page went to town with the replies, cracking jokes with their loyal customers. 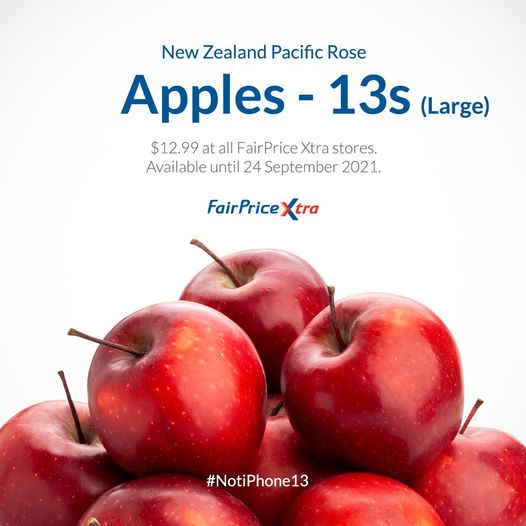 The promotion states that a customer can purchase 13 apples for the price of only $12.99.

The price point is a point to note as it resembles the $1,299 price touted for the new iPhone 13. The tasty deal applies to all FairPrice Xtra stores islandwide, until 24 Sep.

The marketing stunt was so so well-received by the public that they started praising the FairPrice team en masse.

Not one to stop at just a Facebook post, the guys behind the FairPrice Facebook page took time to reply to comments, giving various hilarious replies.

One netizen asked if the apples come in gold, alluding to the many colour options of the iPhone to which FairPrice answered by saying that only pears come in that colour.

Another netizen tried simplifying the equation and asked for FairPrice to start selling a single carton of apples for $10. FairPrice then replied asking for his supplier.

A netizen shared that it would be impossible for her to finish all 13 apples. FairPrice simply replied that one can say the same about the iPhone’s 1TB phone storage.

Someone give the FairPrice social media team a raise, please.

It seems that FairPrice’s social media team has been given the freedom to express themselves recently.

Their latest post has also received much love from the public for their clever play on town names in Singapore.

Would you like to see more brands taking this approach with their social media content? Let us know in the comments.