The still-growing Changi Airport cluster is now up to 100 cases, and is Singapore’s biggest cluster.

It was discovered when an 88-year-old cleaner tested positive on 5 May, but how did it start?

Investigations have shown that the initial transmission was through an airport worker who assisted a family that arrived from South Asia.

This is because the 1st batch of infected staff had the B1617 variant.

In a news release on Friday (21 May), the Civil Aviation Authority of Singapore (CAAS) revealed that phylogenetic testing was done on the 1st batch of airport workers infected.

That means the characteristics of the virus they had were observed on a molecular level.

It was found that these staff had infections of similar makeup, and they were of the B1617 variant, which originated from India.

This indicated that they were from a common source, CAAS said.

That source was identified as an airport worker who had assisted a family from South Asia.

The family arrived in Singapore on 29 Apr, CAAS said.

They were tested for Covid-19 upon arrival, and the result was positive.

The CAAS and Ministry of Health (MOH) are still investigating the cases.

This initial transmission has led to 43 airport workers testing positive for Covid-19 as of Thursday (20 May), CAAS said.

10 of them were detected from a special testing operation conducted for all airport staff.

The rest were discovered when:

Here’s the full breakdown of the 43 cases. 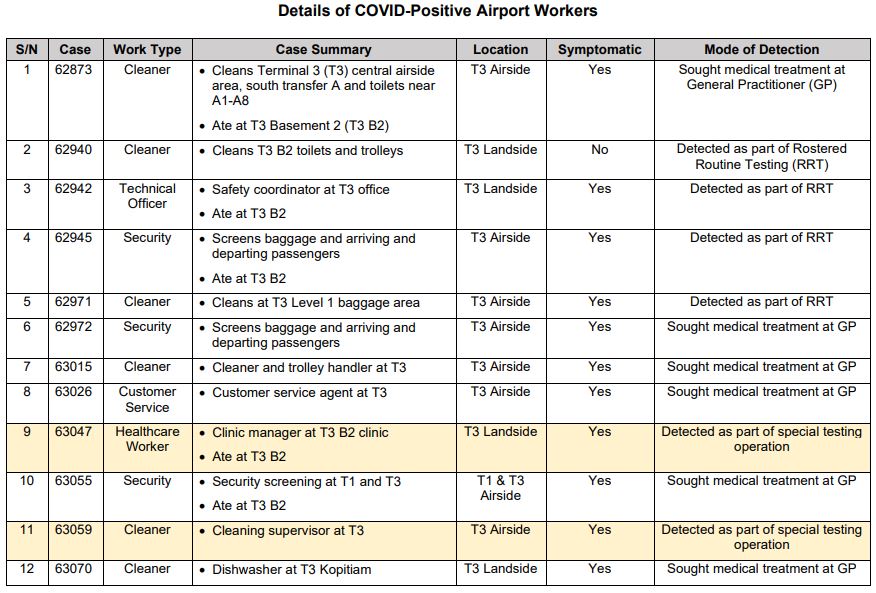 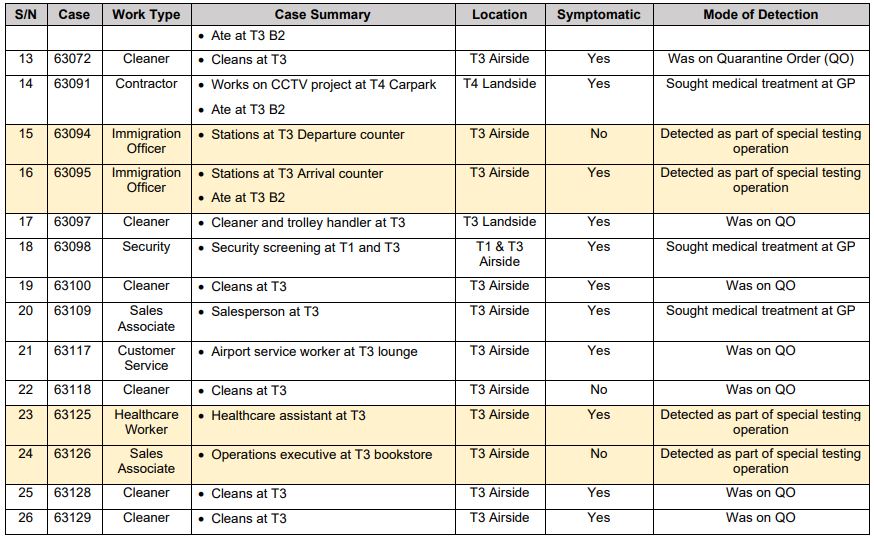 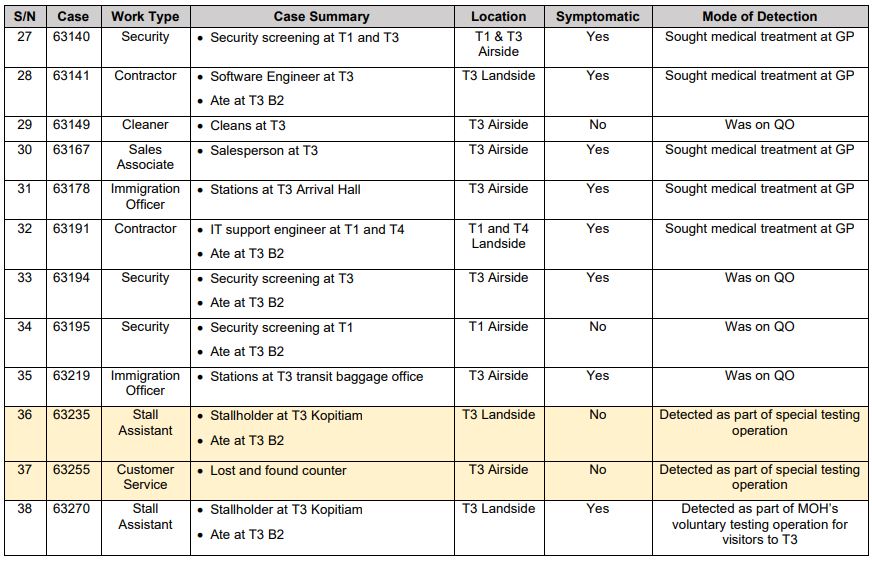 Most of the cases among airport workers were detected early, CAAS said, with the peak around 13 May.

After that, “very few cases” were detected among airport workers.

None of the airport workers infected are in serious condition.

The special testing operation was conducted from 9-20 May.

Almost 19,000 workers were tested, and all those from Terminal 1 and Jewel were negative.

The 10 who tested positive all worked at Terminal 3.

Thus, all staff who worked at T3 Basement 2 have been tested again, although they would have tested negative the 1st time round. 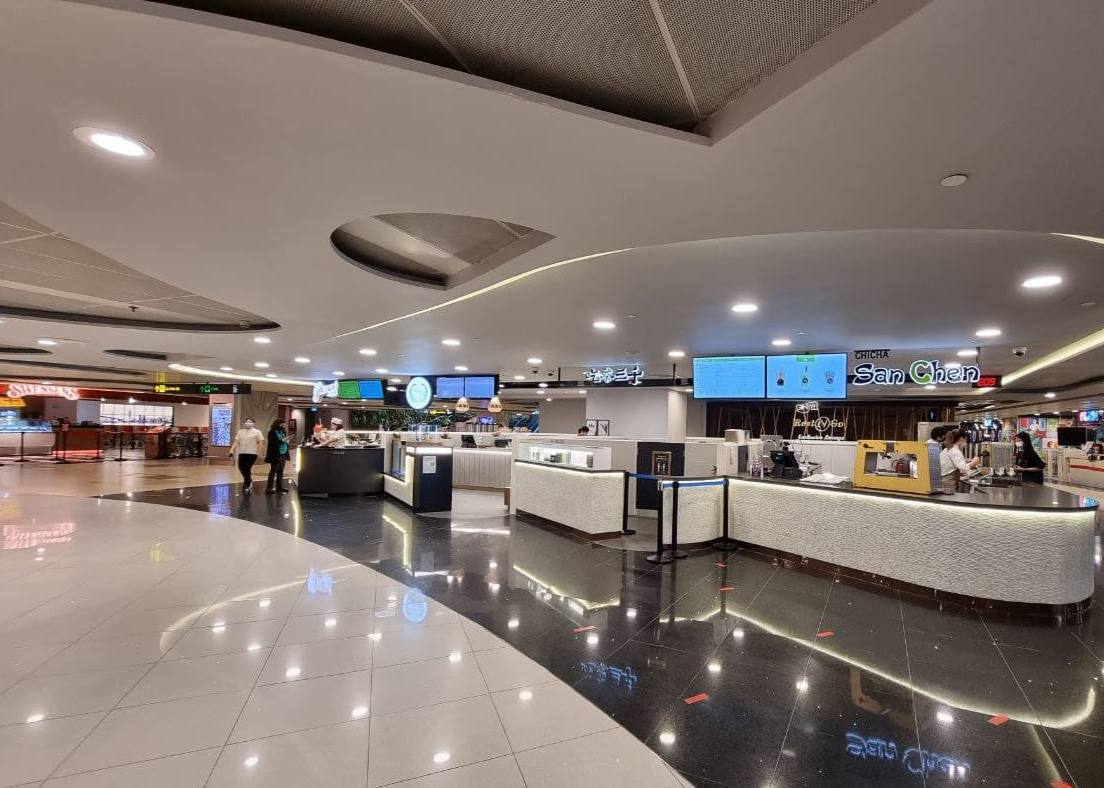 The rest of the Changi Airport cluster consists of visitors to the airport and their close contacts.

When the Changi Airport cluster, all terminals and Jewel were closed to the public for 2 weeks from 13 May.

Now, they’ll be closed for even longer as the Changi Airport cluster is still active.

The closure will last till 13 Jun, when the Phase 2 (Heightened Alert) period is set to end.

While the premises have already undergone additional cleaning and disinfection, the closure will allow staff to be trained on new measures and safety protocols. 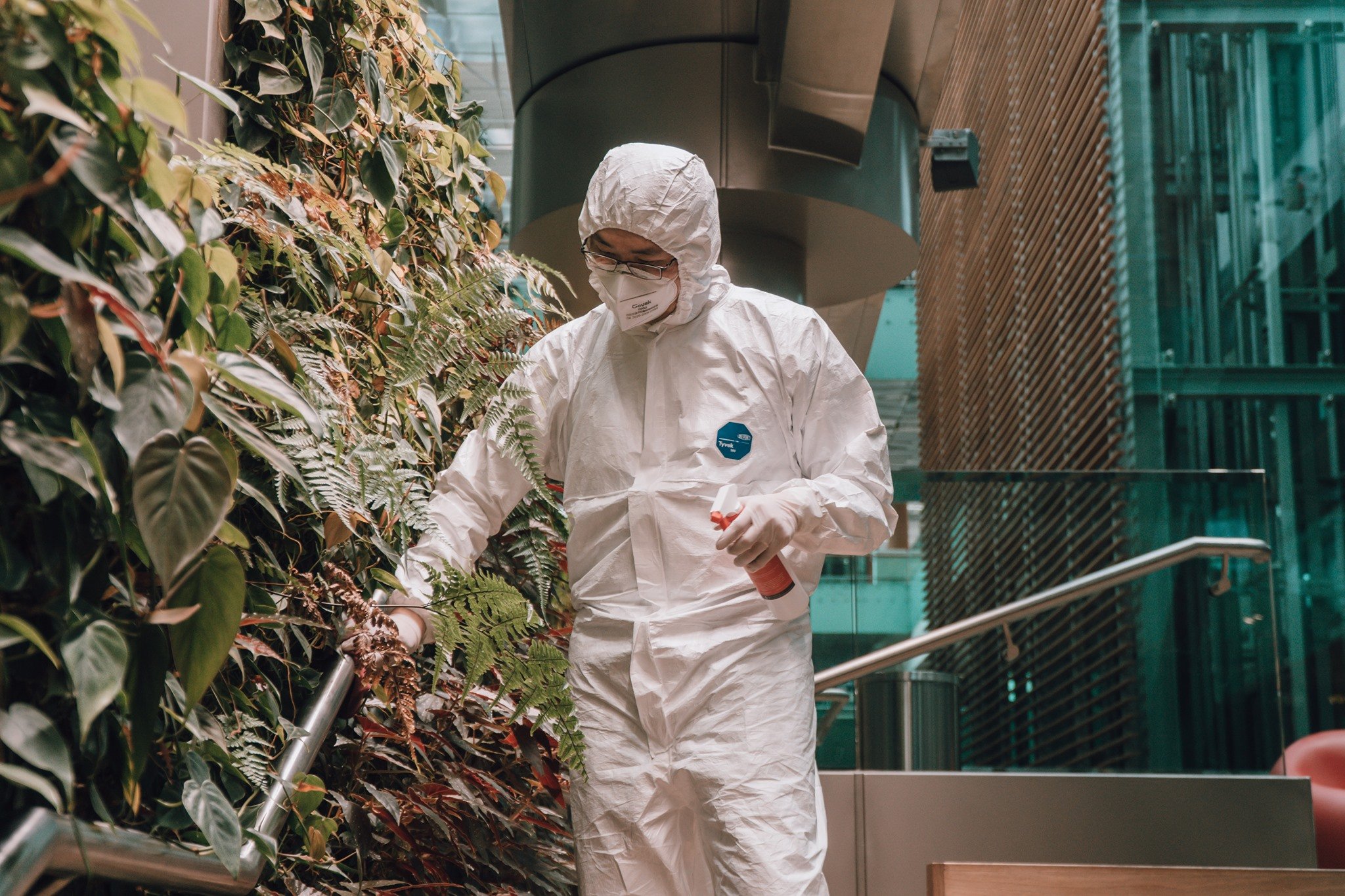 New measures include splitting up workers

Some of the new measures to be implemented include splitting up airport workers into different groups.

These groups will have separate dining and rest areas.

Those who work in higher-risk roles will be ringfenced to prevent them from mingling with other staff.

From 20 May, they’ll undergo an Antigen Rapid Test (ART) upon arrival, on top of a Polymerase Chain Reaction (PCR) test.

This will provide an additional layer of screening, CAAS said.

As the ART shows results faster, action can be taken more quickly. Airport workers in higher-risk roles will also be tested more regularly – from 23 May, they’ll be given an ART in between already scheduled tests every 7 days.

Do support our airport workers

As most of Singapore has suspected all along, we now know that Singapore’s biggest community cluster likely started from imported cases.

The focus now must be to tighten our airport’s defences against further and future leaks so that something like this won’t happen again.

Do support our airport workers who’re risking their lives on the frontline to ensure that Singapore’s borders remain more or less open.