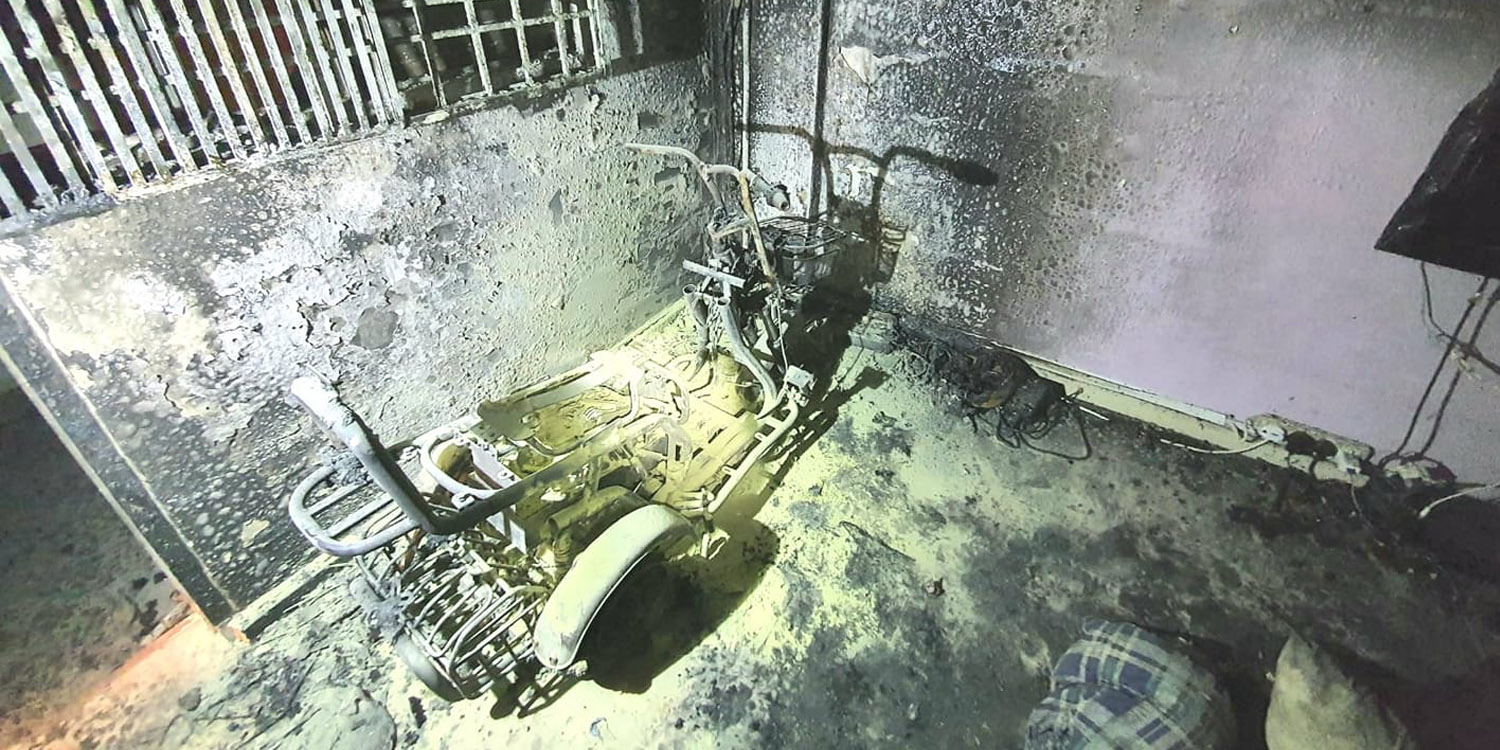 In the wee hours of Wednesday (7 Jul), a PMA was believed to have been the cause of a fire at an HDB block in Ang Mo Kio.

The Singapore Civil Defence Force (SCDF) was alerted to the fire at around 12.25am. Upon arrival, they had to carry out a forced entry before rescuing 2 occupants. 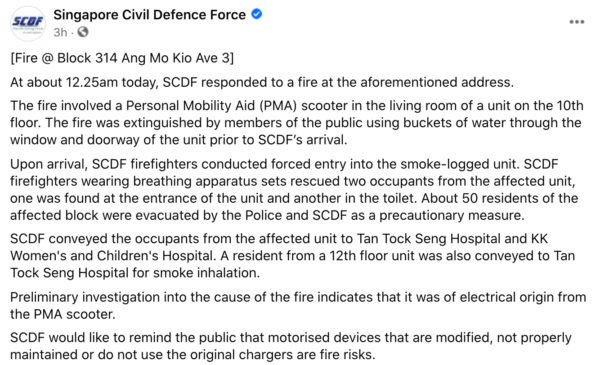 As a result, 50 residents were evacuated, and the 2 occupants were sent to the hospital.

According to SCDF’s Facebook post, the fire involved a PMA scooter located in the living room of a 10th-floor unit at Block 314 Ang Mo Kio Ave 3.

Upon seeing the unit ablaze, several members of the public rushed to help. They managed to put out the fire by pouring water with their buckets through the window and doorway.

After arriving, SCDF firefighters had to force their way into the unit. Due to the thick smoke inside the unit, they required breathing apparatus sets to save the residents.

There were a total of 2 residents in the unit—one at the entrance and the other in the toilet. Thankfully, the fire did not cause any fatalities.

Occupants were taken to hospital

The victims were conveyed to Tan Tock Seng Hospital (TTSH) and KK Women’s and Children’s Hospital for treatment.

Another resident living on the 12th floor was also taken to TTSH due to smoke inhalation.

SCDF took the necessary precautions and evacuated 50 residents of the affected block to ensure their safety.

Preliminary investigations found out that the fire was of electrical origin from the PMA scooter.

SCDF took the chance to remind the public that any modified motorised devices, devices not maintained well or devices that are not charged using the original cable can be potential fire hazards.

Wishing the victims a speedy recovery

Fires involving PMDs and PMAs are not new to Singaporeans, and we hope that this incident serves as a reminder to all to be extra careful when handling these devices.

Thankfully, kind members of the public managed to keep their cool and helped extinguish the fire.

We wish the victims a speedy recovery.