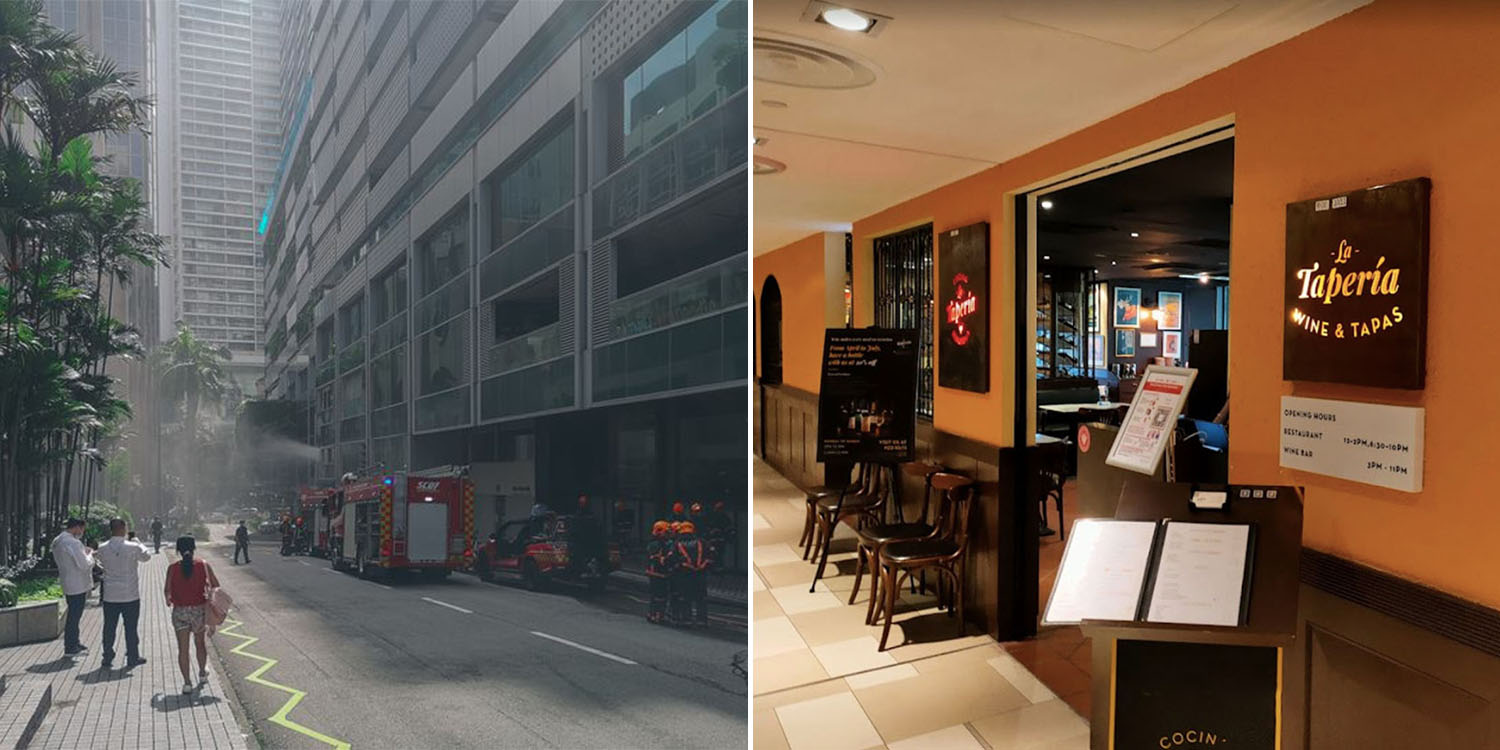 Members of the public who were around Shaw Centre might’ve seen several fire engines parked there this morning (22 Nov).

The fire engines were called to the scene after a fire broke out in a Spanish restaurant at Shaw Centre in Orchard.

One netizen who happened to be around the area uploaded a picture of the incident on Facebook.

Smoke from the fire could be seen from the outside of the building, while everyone in the building evacuated themselves.

Fire breaks out at La Taperia in Shaw Centre

The fire broke out at a Spanish restaurant, La Taperia, at Shaw Centre today morning (22 Nov). 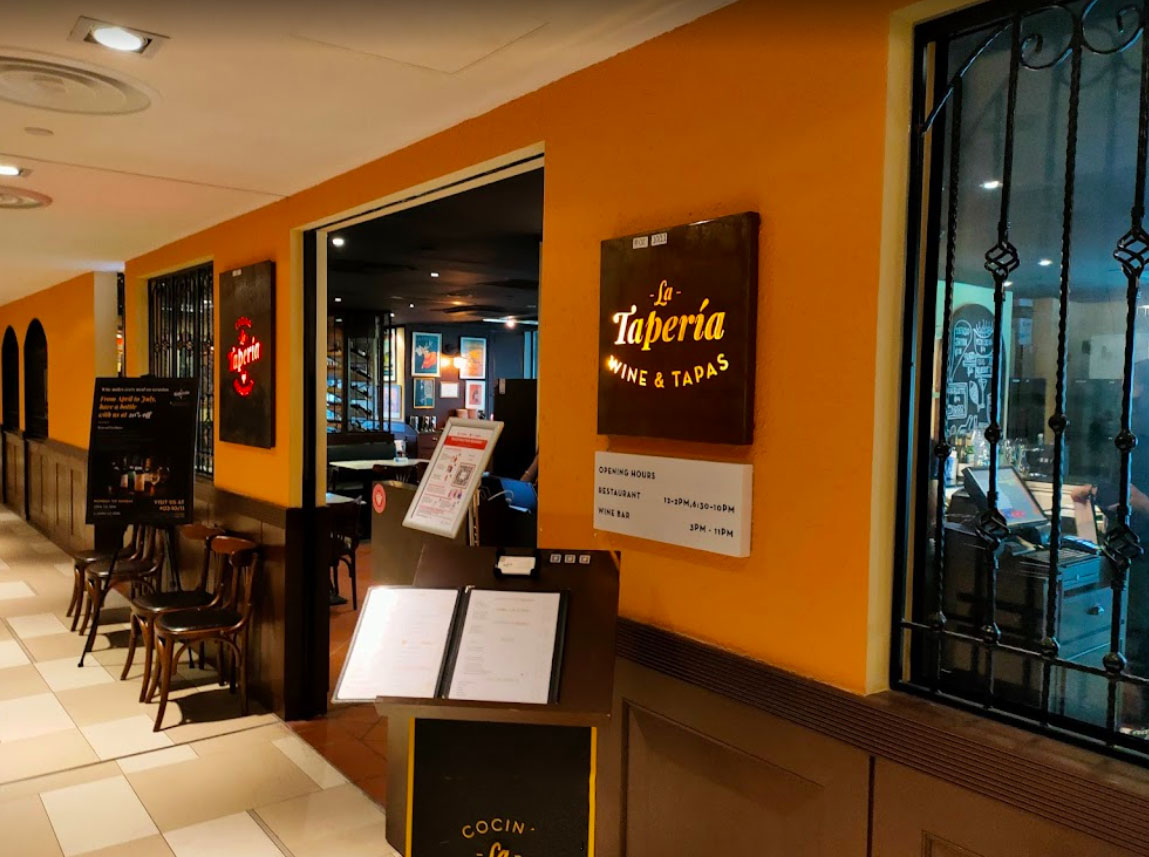 In one of the pictures posted by a passer-by on Facebook, several fire trucks could be seen parked outside the building, with at least 11 firemen nearby. 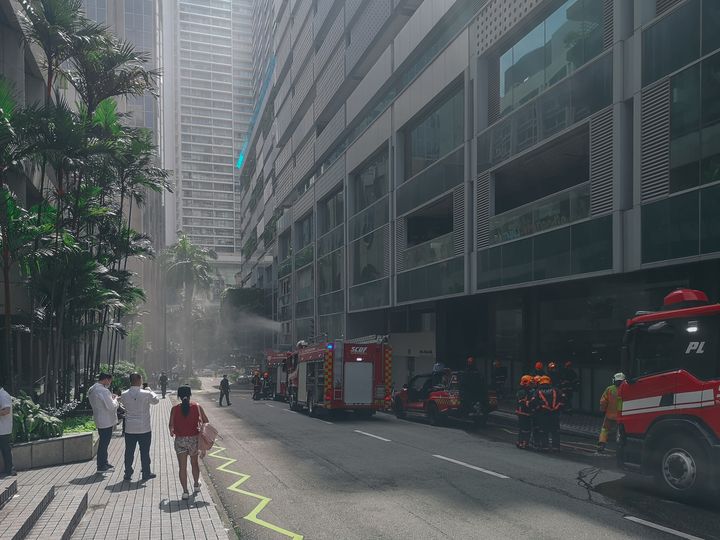 According to the Singapore Civil Defence Force (SCDF), they were alerted to the fire at No. 1 Scott’s Road at around 10.15am.

The fire involved an electrical circuit box in a unit on the second floor of Shaw Centre.

Upon detecting the fire, the water sprinkler system went off. The fire was quickly put out by both the sprinklers and one of SCDF’s water jets.

Prior to SCDF’s arrival, around 200 people self-evacuated from the premises. Thankfully, there were no reported injuries.

Spanish restaurant closed for the day

A spokesman of the Les Amis Group, which the restaurant is under, said all their concepts at Shaw Centre will be closed for the day, reported The Straits Times (ST).

They will remain closed until investigations have been fully conducted. This is to ensure the safety of their guests and staff. The group also closed their new reservations for the day, as well as contacted affected customers.

La Taperia has since put a notice on their Facebook page, notifying their customers of the closure. 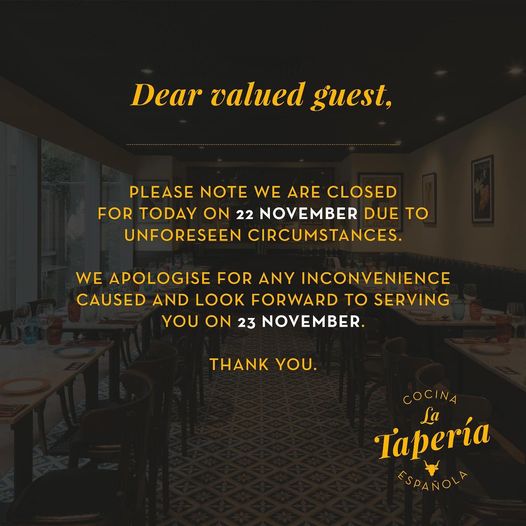 While the fire seemed rather serious, we’re glad no one got injured.

Hopefully, La Taperia will be able to resolve the situation and prevent another fire from breaking out in the future.