Netizen Spots Fish At MRT Worksite In Tanah Merah, Wonders How It Got There 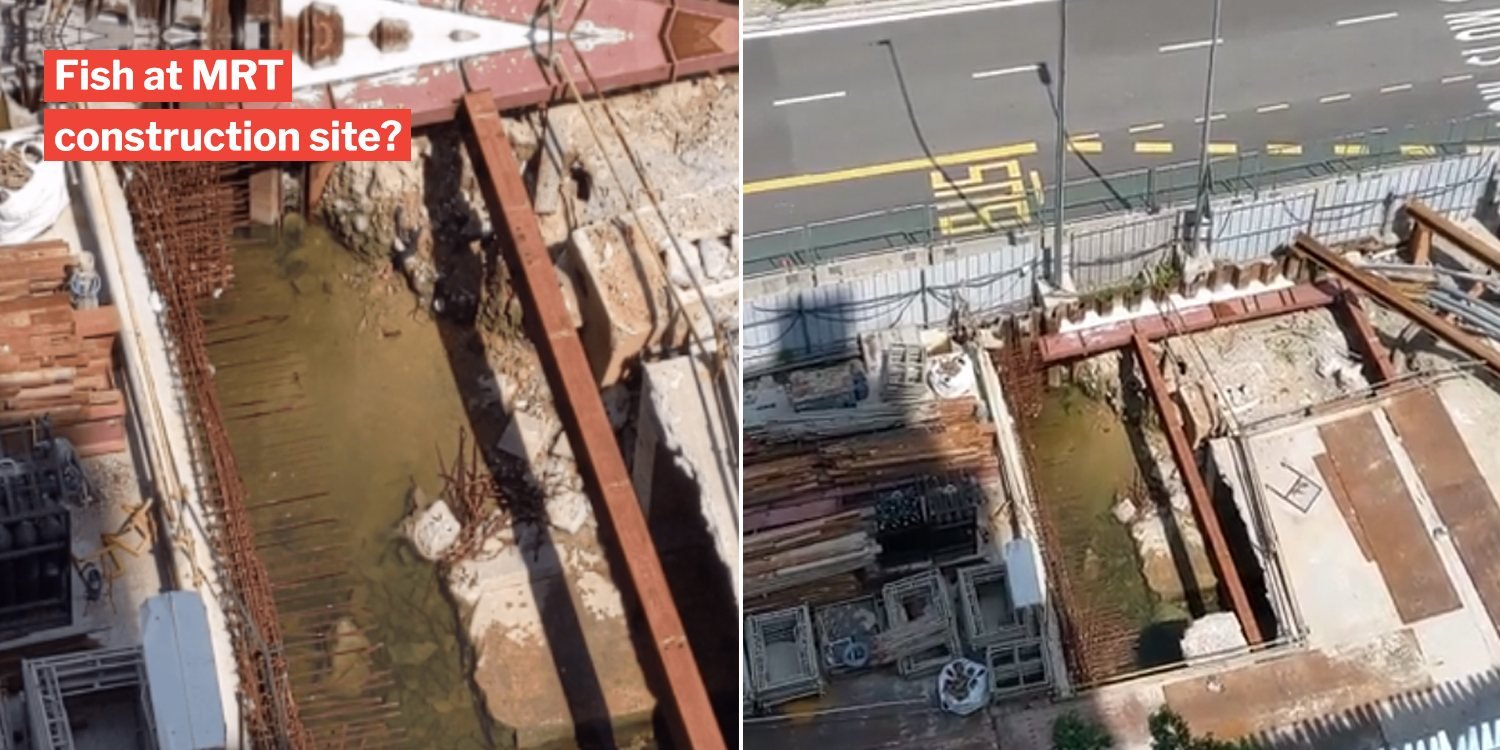 Something fishy is afoot.

Update (8 Jun, 1:49pm): MS News understands that the pool of water the fish were in is actually a portion of a drain. While it isn’t covered, the water isn’t stagnant.

The relevant authorities said that the fish probably entered with the tides. They aren’t intentionally placed to curb the breeding of mosquitoes.

With workplace restrictions, a halt in construction works has been evident. For this Redditor, the same could be said about an adjacent MRT construction site.

However, the site wasn’t as abandoned as he had thought. There appeared to be some aquatic inhabitants after all.

Perplexed, he decided to share his discovery on Reddit, seeking answers & plausible explanations from netizens on Sunday (7 Jun).

You can view the video here in full. We summarise the story below.

However, upon closer examination, you’d notice a flitting movement in the pool of murky water. Fish — and quite a number of them at that.

Swimming in jarring contrast to the steel & concrete covered site, the fish appear to be chilling out in their small enclave.

In an even sharper juxtaposition, the Redditor zooms out to reveal a road right next to the site. 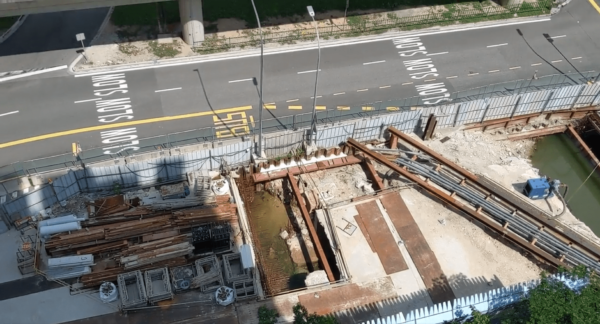 Needless to say, netizens are confused.

Some speculations were made, though some seemed a little less probable.

It’s safe to say that, this was certainly out of the ordinary.

Plausible explanations for presence of fish

In spite of all the speculation, this netizen seems to have a plausible theory for the presence of fish.

Amid halts in construction, the netizen shares that authorities could have placed fish there to eat mosquito larvae as a way to curb “mosquito breeding”.

MS News has reached out to relevant authorities for more information & to verify the authenticity of the video.

Interesting mystery to ruminate over

Naturally, netizens seem to be captivated by what appears to be out of the ordinary.

Let’s just hope the otter families don’t get to these fish before we get some answers.