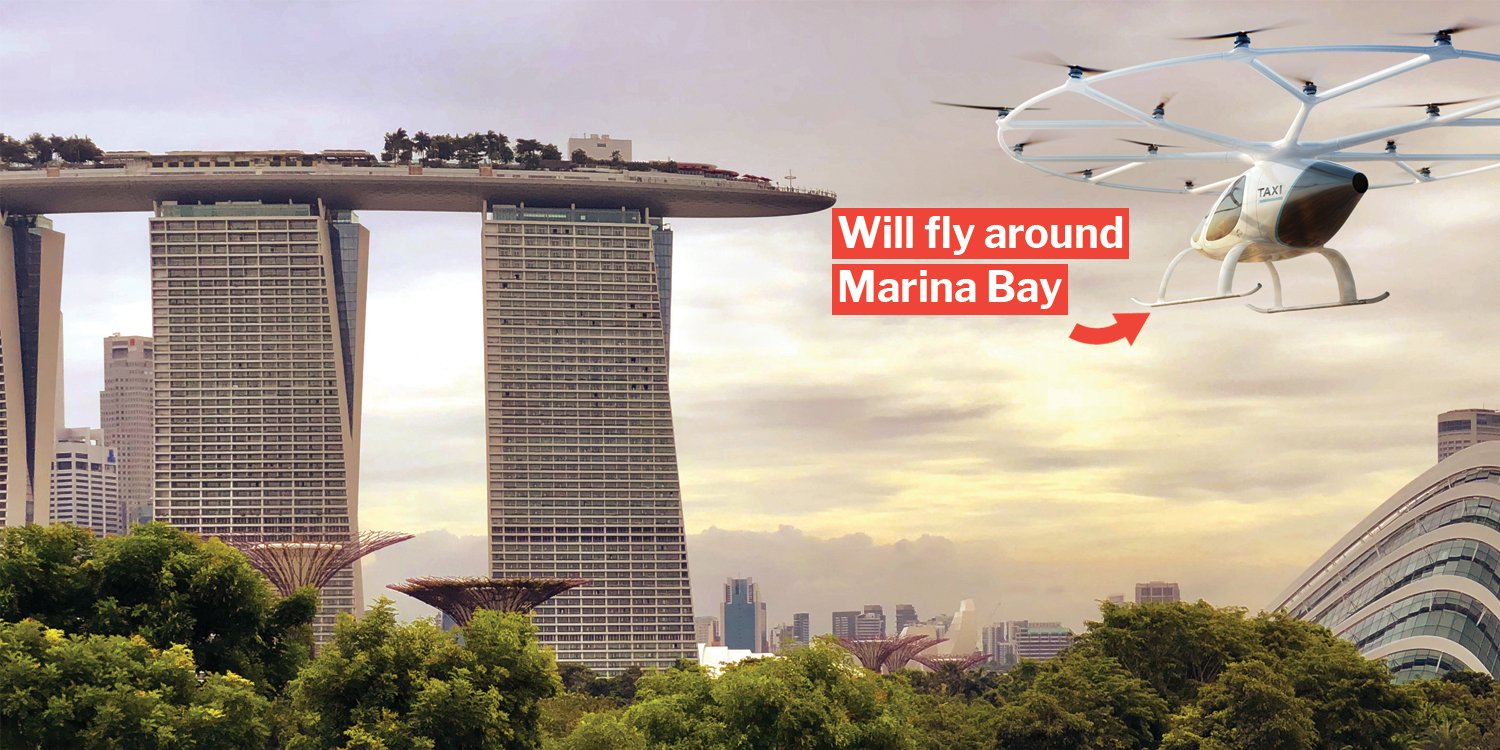 Pilot-less flying taxis may soon be a thing.

Those dreams of having flying cars when we were younger may finally come true as flying taxis are making their debut on 22 Oct in Singapore and may be a permanent thing in 2 years time.

According to TODAY, an R&D version of the air taxi, the Volocopter 2X, will be flying for 3 minutes at noon around Marina Bay on 22 Oct.

This debut is part of the Intelligent Transport Systems World Congress that is running from 21 to 25 Oct at Suntec Singapore Convention and Exhibition Centre.

Volocopter’s spokesperson, Ms Helena Treeck, told TODAY that the company hopes to make flying taxis a thing in Singapore by 2021.

The Volocopter is a 2-seater passenger drone that consists of 18 rotors. It can fly up to 30km in one charge. That’s roughly the distance between Jurong East & Punggol.

The copter can go up to speeds of 110km/h. And since there are no obstacles or traffic lights in the air, it’s like taking a highway from pickup to destination.

The flying taxi can fly unmanned because of an “intelligent operation system”. Volocopter has been engaging with the Transport Ministry, Civil Aviation Authority Of Singapore and the Economic Development Board to discuss the feasibility of having air taxis in Singapore.

The German company also announced that they will be displaying the helipad for the Volocopter called the VoloPort at the Marina Bay Floating Platform during the congress period.

However, do note that even though the helipad is located at the Floating Platform, the Volocopter will not be using it for its landing or take-off. The actual location of the flying taxi’s take-off and landing were not disclosed. 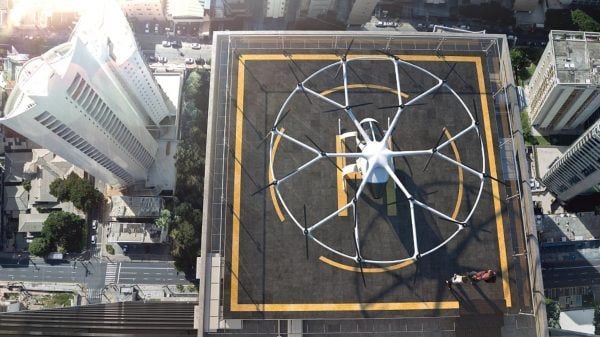 Illustration of a landing pad
Source

Skyport, partners of Volocopter, said that they hope to have helipads at places such as Sentosa, Marina Bay, Changi, and Seletar if the flying taxis become thing.

Even though it may be viewed as a premium service for businessmen and tourists, Volicopter says that it hopes to be able to make them affordable to the public.

Volocopter has also stated previously that they are taking cues from popular ride-hailing apps such as Grab. They hope to allow people to book flights through smart devices, making things more accessible to the public. 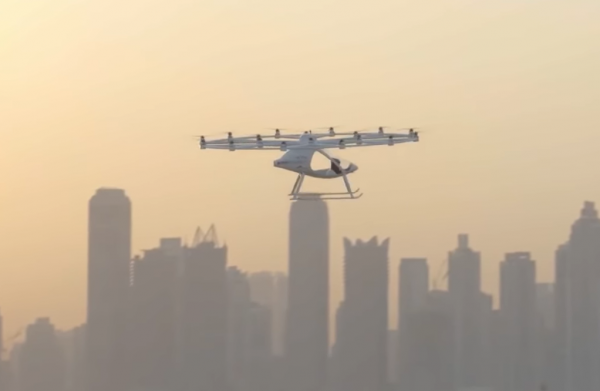 With plans to make flying taxis affordable to the public in the near future, are you ready to fly to work?