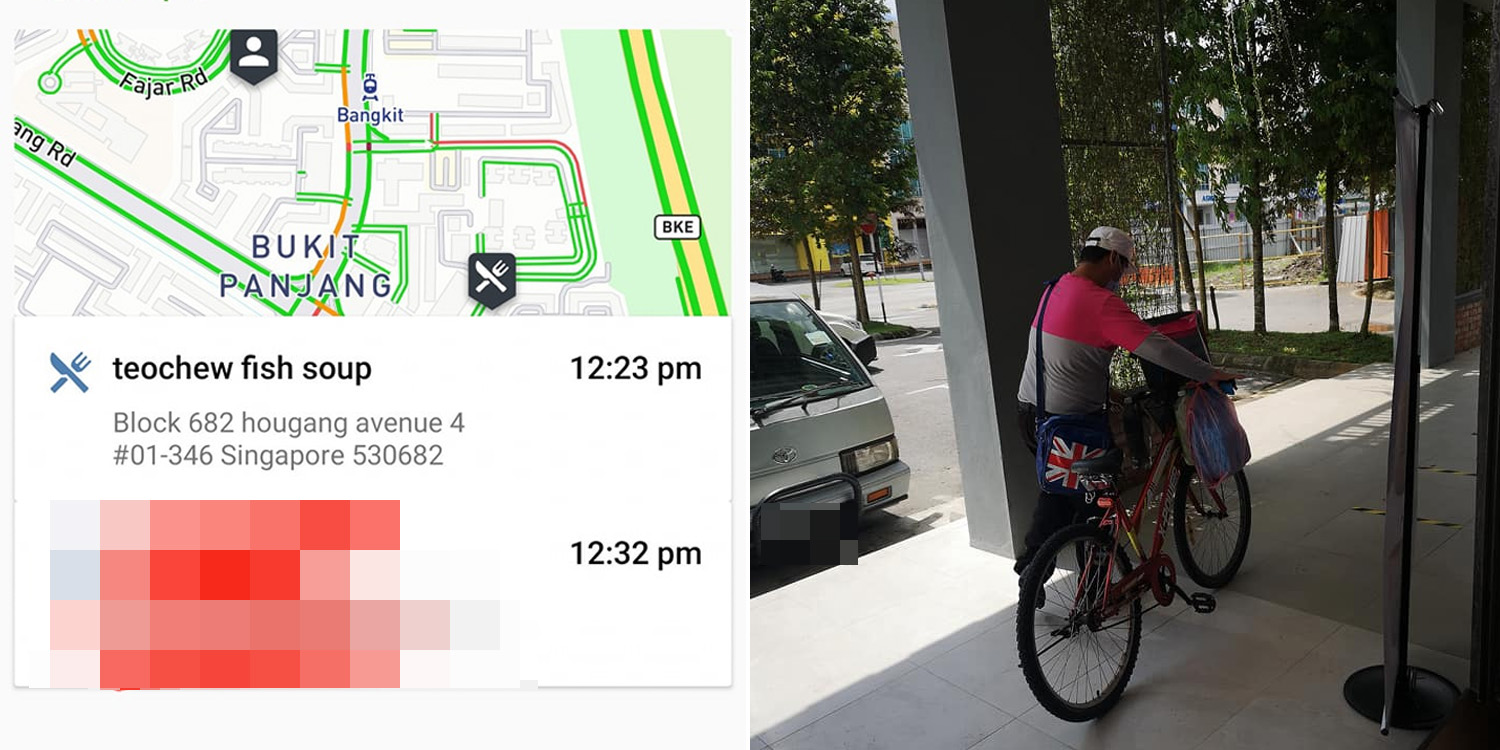 Food delivery riders are truly the thankless heroes amid the Covid-19 pandemic, as they help to bring piping hot meals to our doorsteps while many of us work from home.

Though their job scope sounds rather straightforward, the routine can get pretty tiring, especially if a bicycle is the main mode of transport.

Despite being at Bukit Panjang at the time, he was instructed to collect food from a Hougang stall some 25km away.

Stunned, he contacted the service hotline for help. But the staff insisted that he still had to make the delivery as it was the standard operating procedure (SOP).

Foodpanda rider at Bukit Panjang had to collect order from Hougang

Speaking to MS News, a Foodpanda rider shared he was assigned the task of delivering to a customer living along Bukit Panjang Ring Road at around noon that day.

Given that he was also stationed at Bukit Panjang at the time, there’s nothing really unusual about that.

However, the stall that he was supposed to collect the dish from was located in Hougang — located literally on the other side of the island. The screenshot also showed that he would earn $5 from the delivery.

Thinking it could have been a glitch, the rider headed to the shop’s outlet in Bukit Panjang but was purportedly told that only their shop in Hougang offered delivery.

He pointed out that a trip from his location then to the Hougang stall would come to around 25km, and would take him around 3-4 hours. 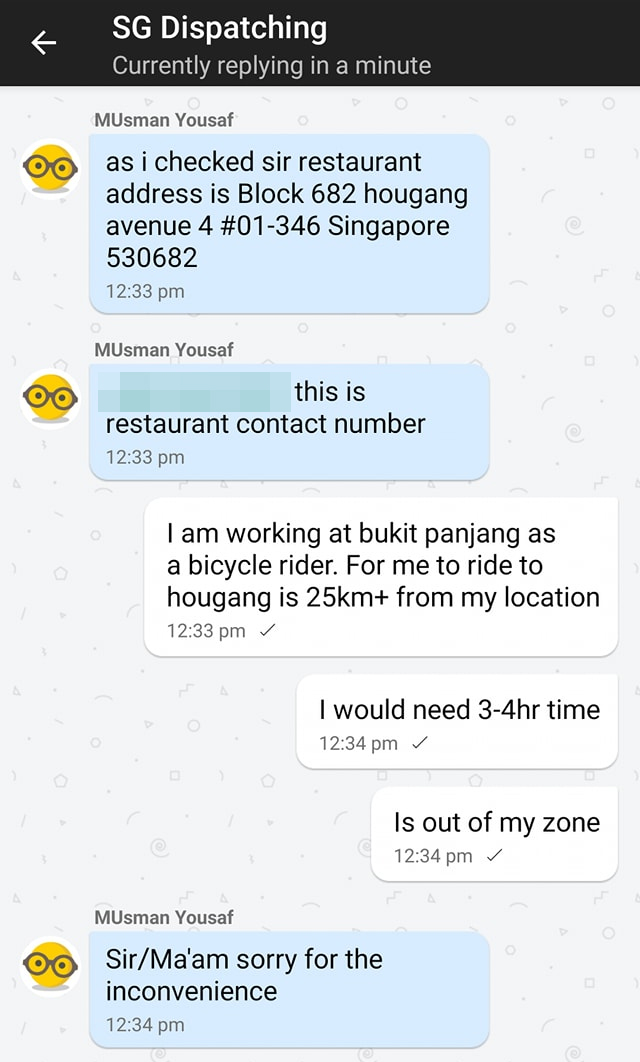 However, the customer service personnel advised him to follow through with the “SOP” as he had already accepted the order. The rider tried asking if the order was mistakenly assigned due to a system glitch. But the person on the other side merely repeated his advice for him to follow the SOP. Managed to get order reassigned in the end

The FoodPanda rider told MS News he was unable to cancel the order.

The customer had also apparently tried cancelling on her end, but could not do so as the dish had already been prepared. 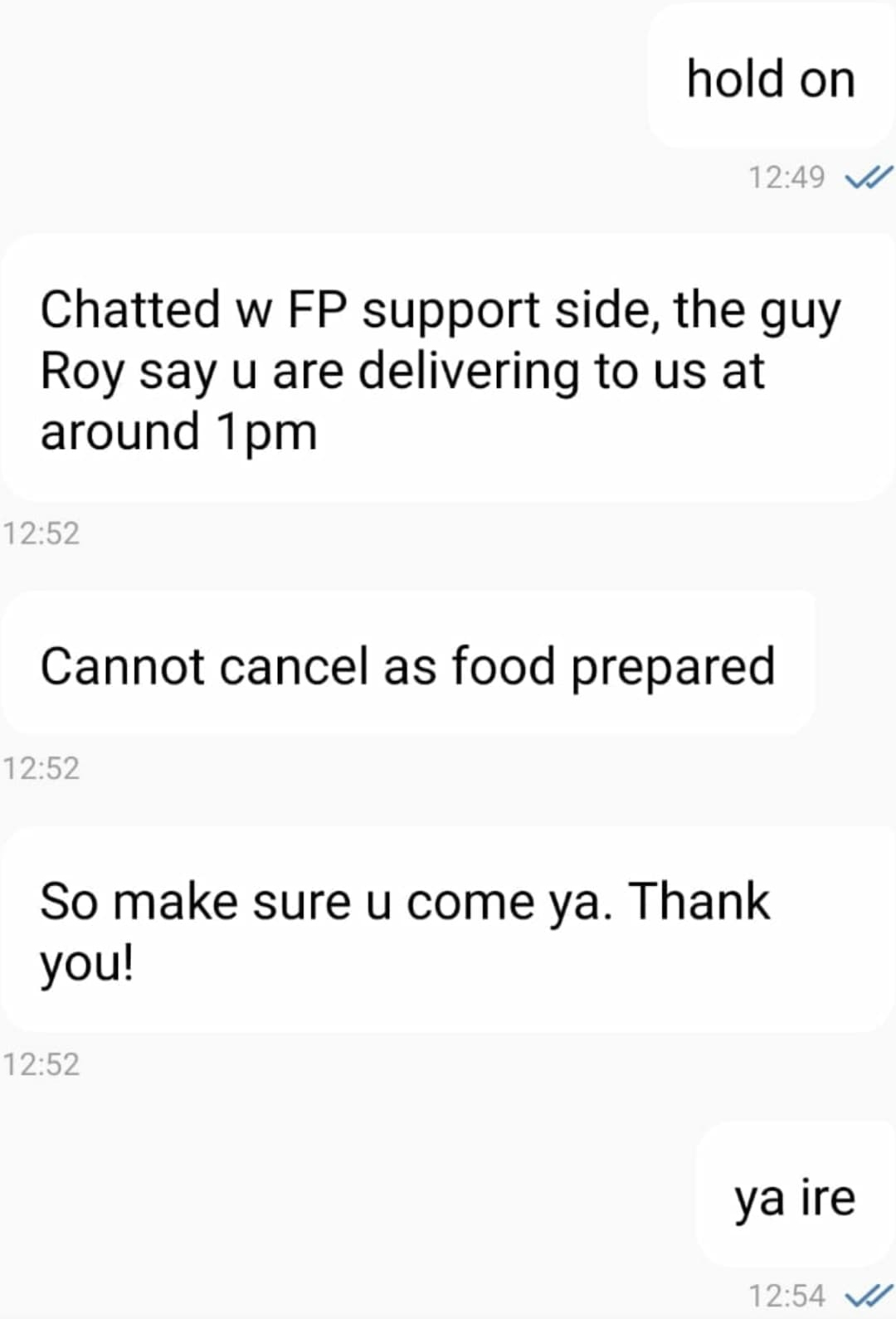 In the end, he shared that the order was “redispatched” to another rider who eventually made the delivery to the customer.

MS News has reached out to FoodPanda regarding the incident, but a PR spokesperson said they would like to politely decline to comment.

Hope system glitch can be fixed

Requiring a food delivery rider to cycle from one end of Singapore to the other does seem bizarre and quite outrageous.

If the order was indeed assigned due to a glitch, we hope Foodpanda would fix it quickly so other riders wouldn’t find themselves in the same predicament.

After all, they signed up to be food delivery riders, not Tour de France participants.