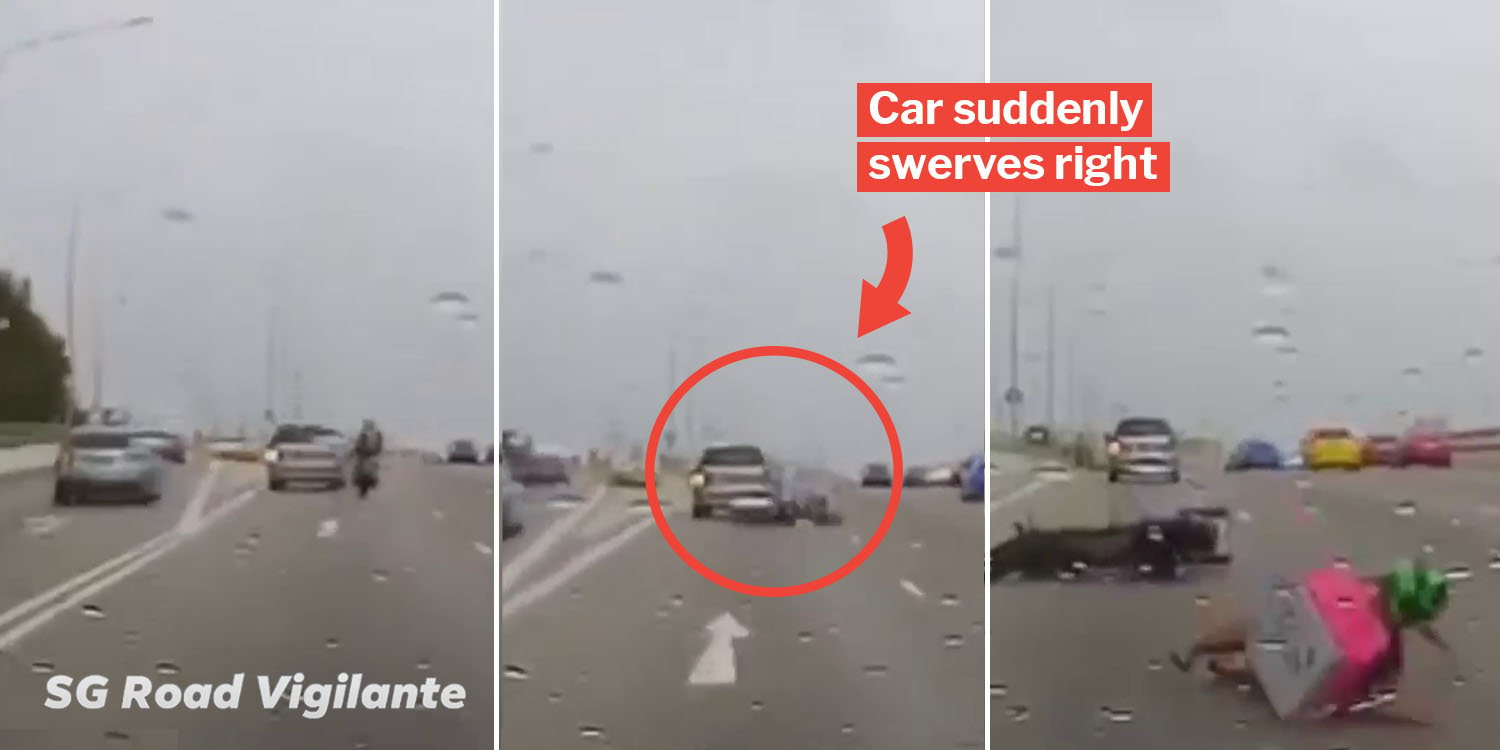 During rainy days, driving on the road can be a lot more dangerous. With water droplets splashing onto the road and windscreen, drivers may be prone to err.

On 13 Sep around 12.20pm, a silver car ended up hitting a Foodpanda rider on the Central Expressway (CTE).

Although the Foodpanda rider managed to pick himself up, he’s now seeking footage from witnesses to help him identify the culprit.

In the video posted by SG Road Vigilante, the silver car was first seen signalling to exit left towards Upper Serangoon Road.

Perhaps the driver had a change of mind, because they suddenly swerved towards the right lane again. This is despite their left signal still blinking.

As a result, the car rammed into a Foodpanda rider on a motorcyclist, who had the unfortunate luck of being on the vehicle’s right side at that moment. 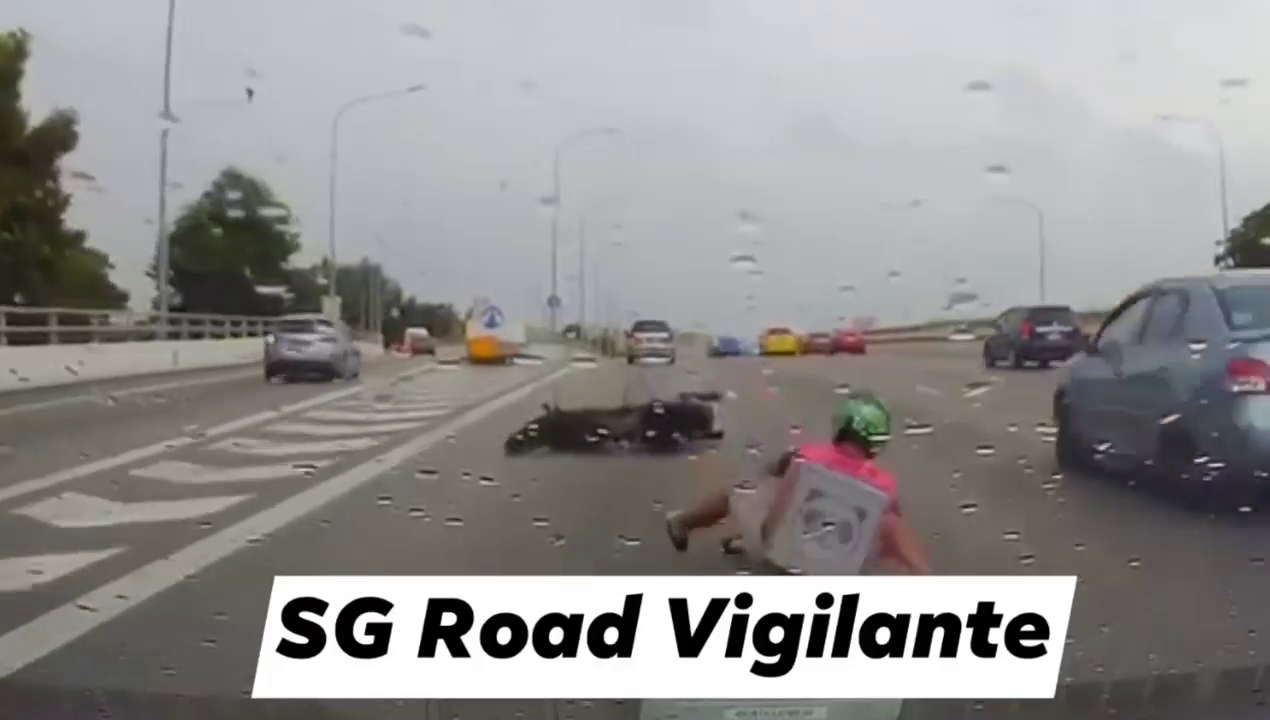 The Foodpanda rider ended up rolling on the ground. But he managed to pick himself up shortly after. According to SG Road Vigilante and Roads.sg, the rider is now seeking additional footage, so that he could identify the silver vehicle involved.

If you happened to be travelling along CTE at 12.20pm near the Upper Serangoon Road exit, and had the incident recorded in your dashcam, do contact SG Road Vigilante by sliding into their Facebook DMs.

Thankfully, there were no fatalities. We wish the Foodpanda rider a swift recovery.

Another Foodpanda rider that fell in the rain:

Delivery Rider Falls Mid-Journey In Rain, Checks If Food Is Okay First Instead Of Himself