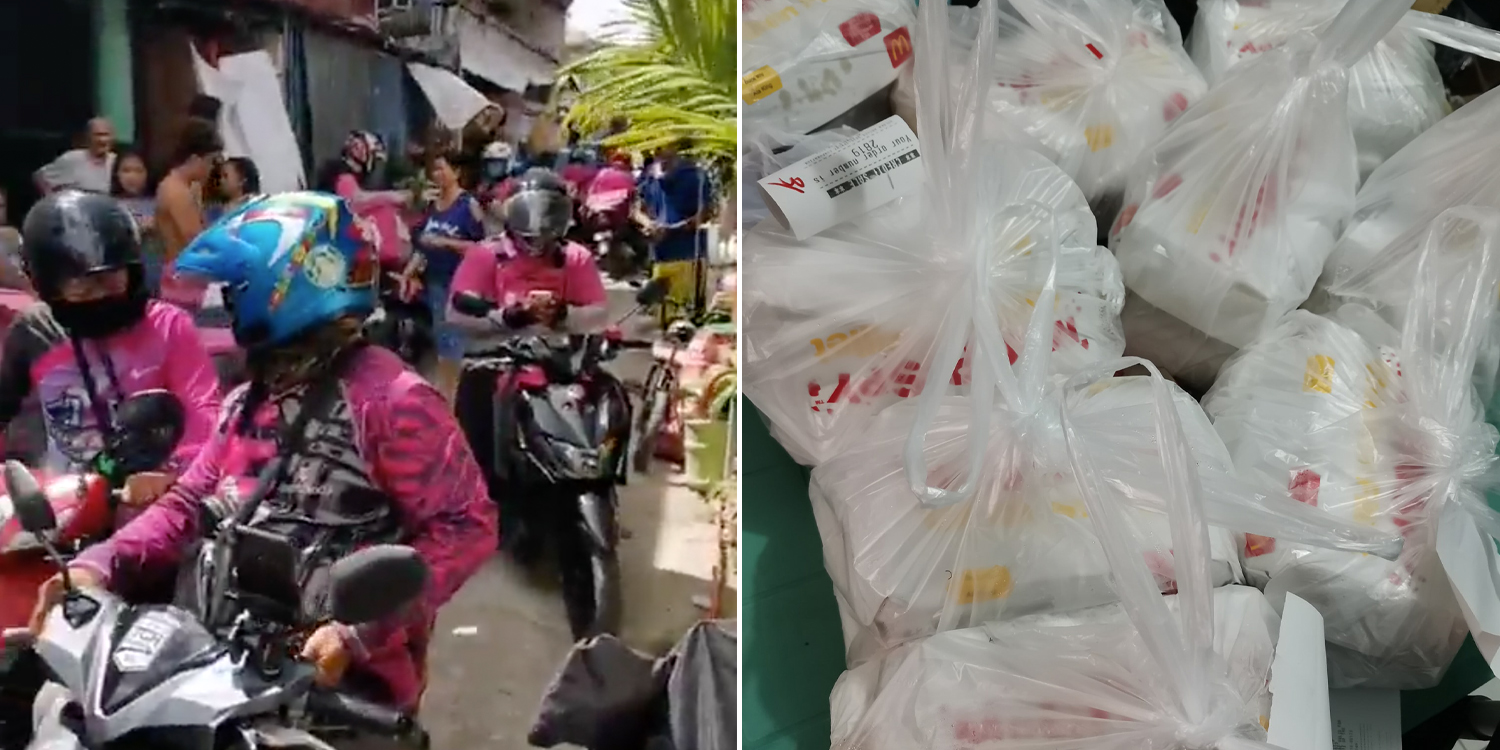 With just a few taps on our phone, we could easily get food delivered to us these days.

While extremely convenient, glitches in apps can cause mix-ups and problems.

A 7-year-old in the Philippines learnt this the hard way when 42 Foodpanda riders showed up at her doorstep. 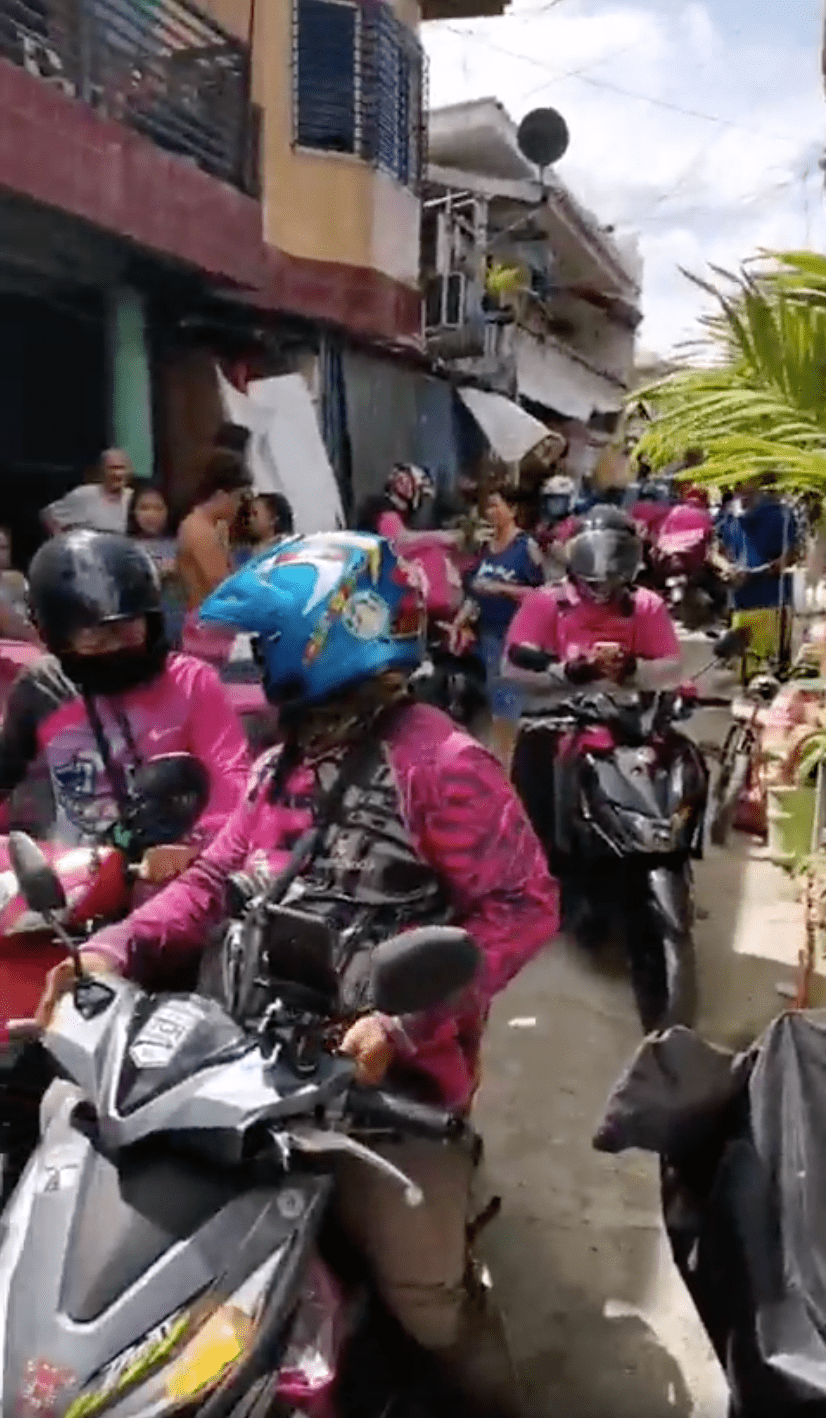 Flustered, the girl burst into tears.

Thankfully for her, neighbours banded together to help out, purchasing the food from the various riders.

It was utter panda-monium at a narrow corridor of Cebu City, Philippines, on Wednesday (25 Nov) when 42 Foodpanda riders turned up outside a home. 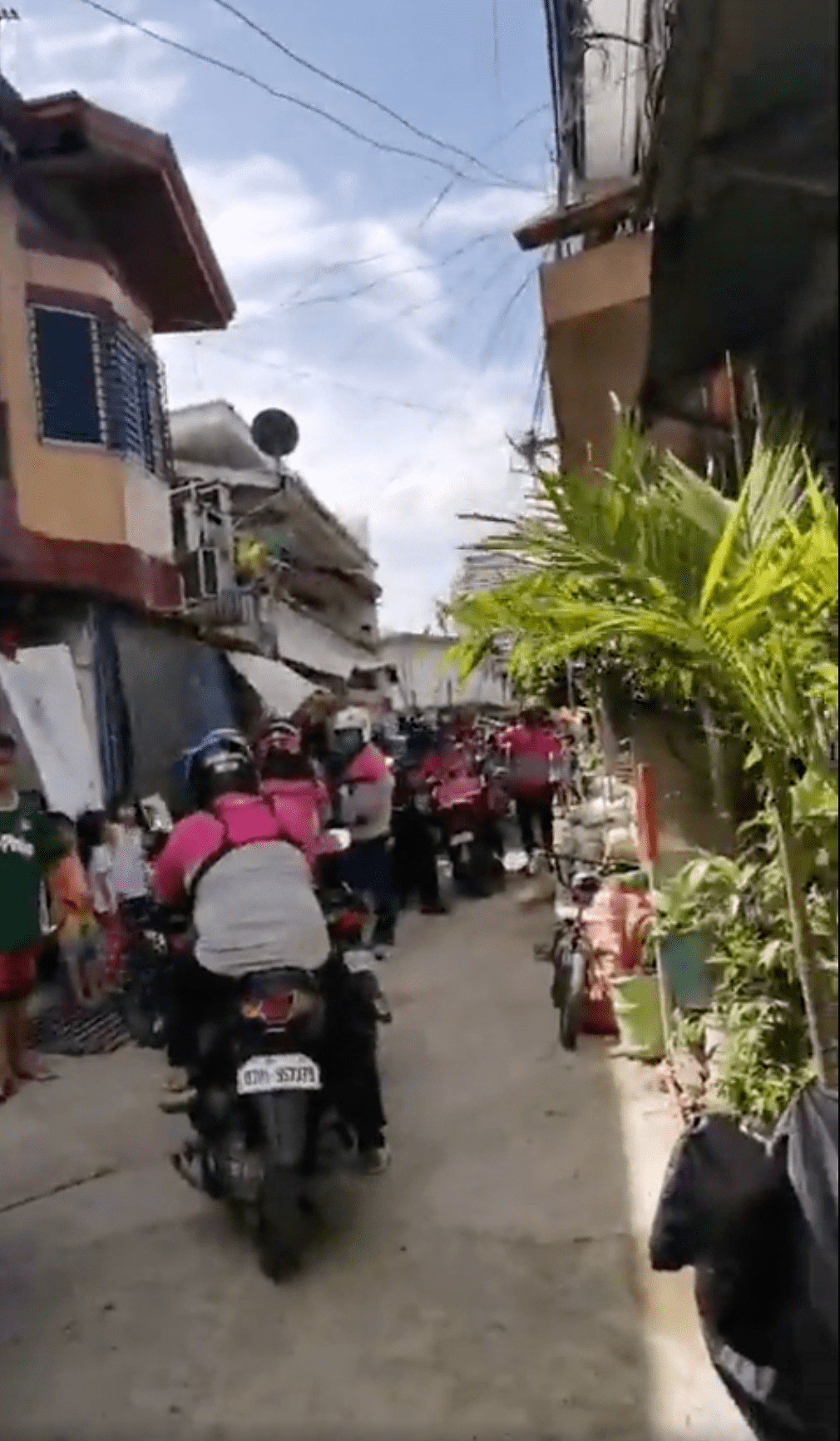 All the riders had appeared almost at once, with the same order — a box of McDonald’s 2-piece chicken fillet. According to Sunstar, some riders even brought 2 to 3 boxes of it.

Greeted by the sea of pink, the 7-year-old girl who made the order, cried.

The girl, who only had the money to pay for a single order, was overwhelmed and in fear.

On that fateful day, the 7-year-old’s parents had left her with a smartphone so she could order food for her and her grandma.

This was not new for the girl. She had been taught by her parents to use the app and often made orders herself, reported Sunstar.

But this time, a spotty Internet connection and a glitchy app caused her downfall.

The girl had made orders when the Internet was lagging and an error message appeared. This occurred several times and each time, she made a new order.

Unbeknownst to her, a glitch in the app caused all the orders to go through.

When the convoy of Foodpanda riders arrived in front of the house, it shocked not only the young girl but also her neighbours.

Learning of her predicament, neighbours banded together to help purchase the chicken fillets. 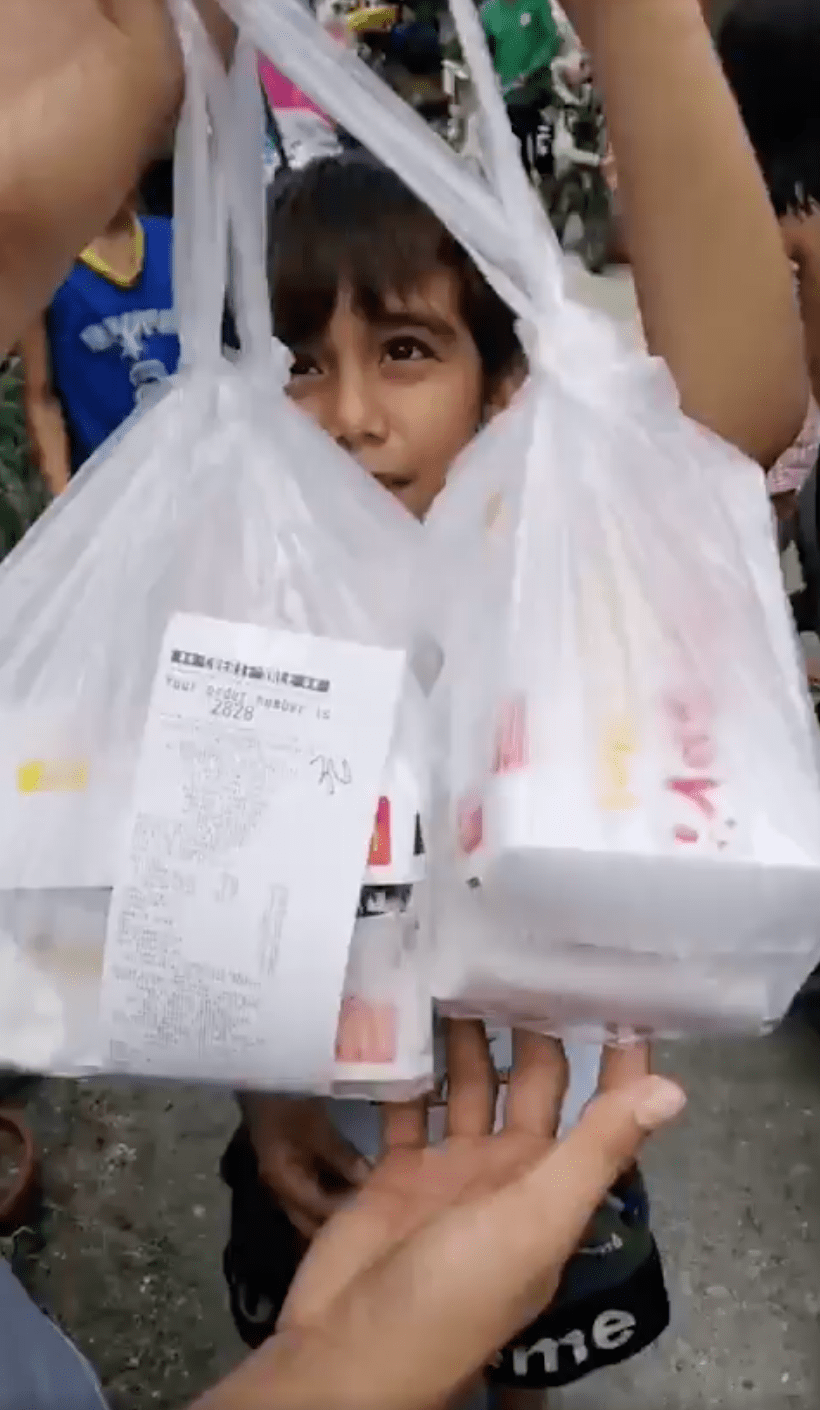 One neighbour, Suarez, caught the scene on Facebook ‘live’ where he urged his friends to help buy some of the chicken fillets.

The video also shows him purchasing a few boxes himself. According to Sunstar, he tried to purchase more so riders would not have to suffer losses. 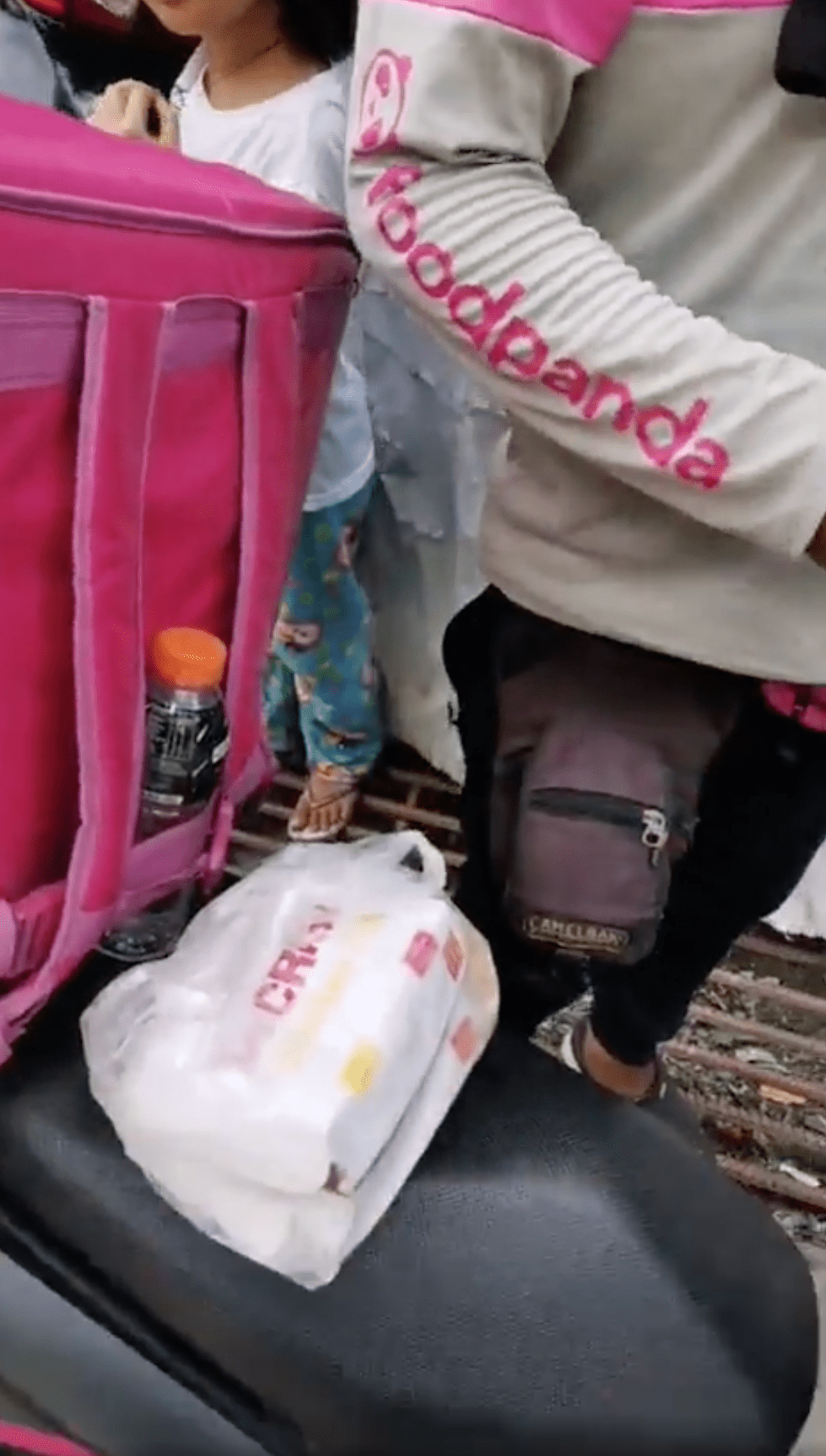 It was a heartwarming scene as neighbours young and old gathered to help buy the chicken fillets off the Foodpanda riders. 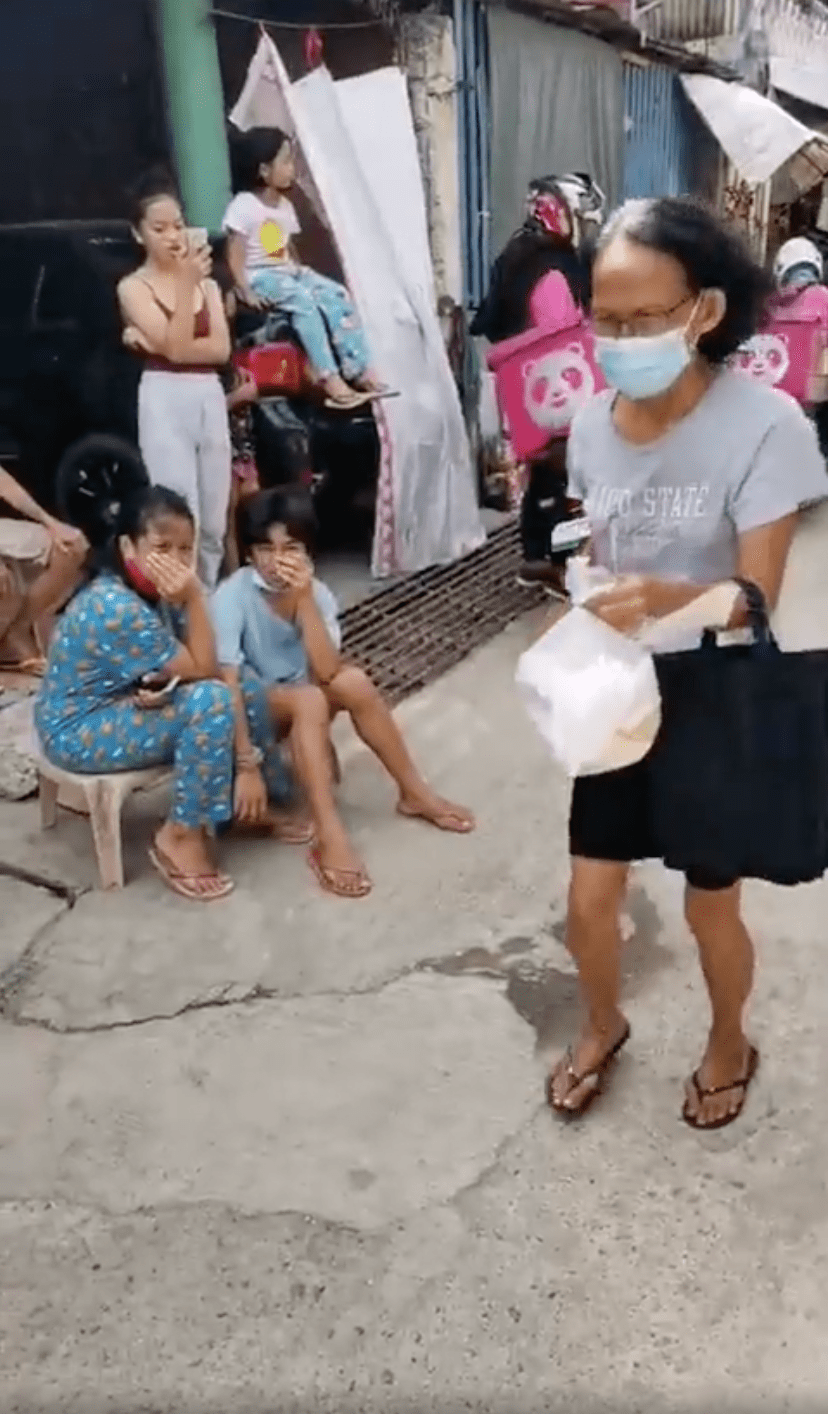 Soon enough, the riders started to clear the streets. A handful remained, hoping to sell the orders they had left. Eventually, a few Foodpanda riders did have to leave empty-handed as not all the orders were bought by the neighbours.

A true display of kampong spirit

While this was an unfortunate incident, it certainly showed the kampong spirit at its best, with neighbours coming together to help out the little girl.

Despite the inconvenience and losses they might have to incur, the Foodpanda riders also did not appear riled up.

Kudos to all those involved for helping to resolve the situation.

One thing’s for sure, the girl will definitely be more careful the next time she makes an order on the app.