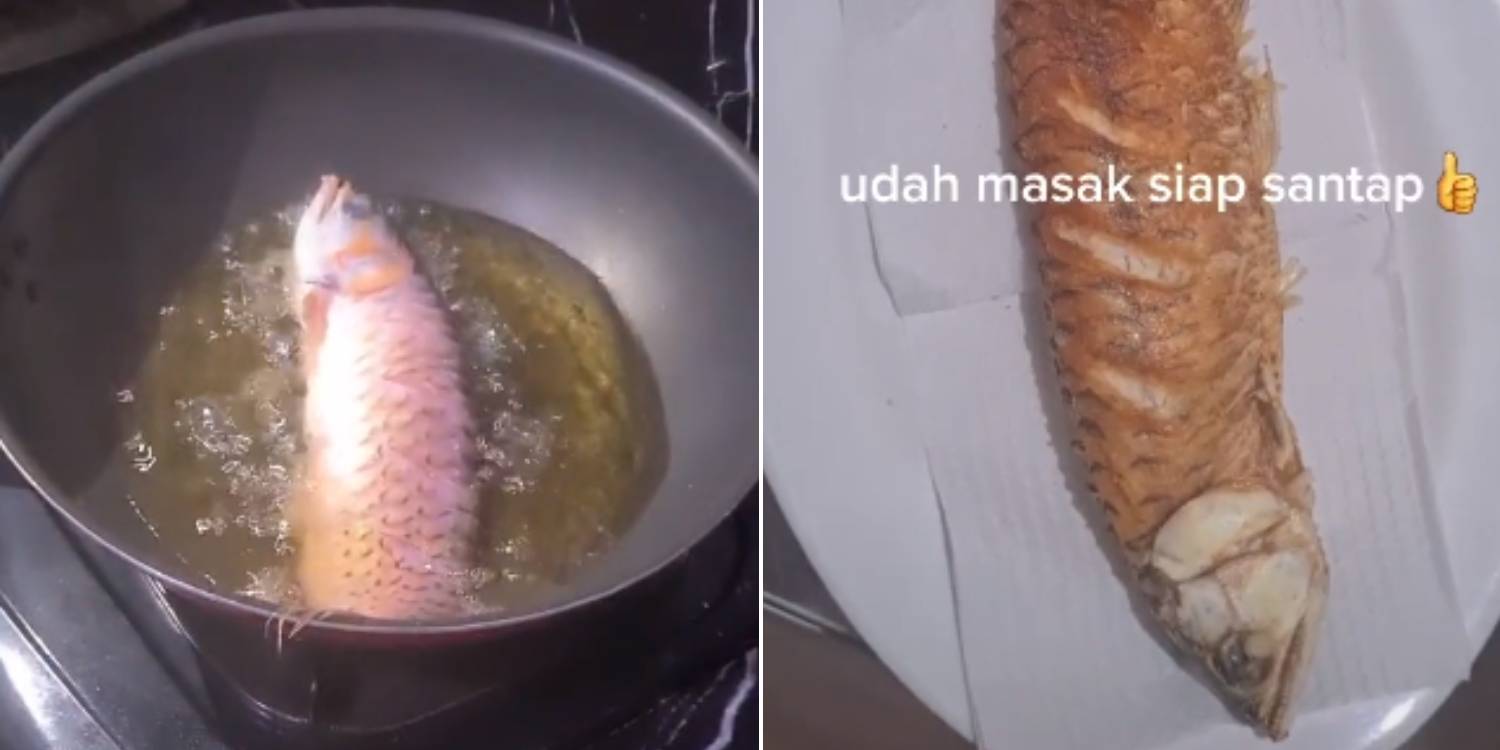 Indonesian Wife Fries Pet Arowana To Get Back At Husband

Pets are a human’s best friends, and it’s always a sad occasion when they pass on or have to be let go.

But what happens when the ‘executioner’ is your own wife? This husband in Indonesia was confronted with this reality when his wife fried his pet arowana.

Apparently, it was because he had failed to clean the fish tank despite repeated reminders.

Finally, his fed-up wife saw that the fish was sick and decided to fry the arowana as a meal, documenting the process on TikTok.

Mia Kurniawan lives in Indonesia with her husband, who owns a prized arowana.

Although an aquarium needs to be cleaned regularly, Ms Kurniawan’s husband never does so despite promises.

She would end up cleaning the fish tank for him instead, since he didn’t.

But one day Ms Kurniawan apparently got fed up and took matters into her own hands.

She decided to see how the arowana would taste.

First, she sliced it up. The caption reads: “imagine if it’s fried it looks delicious” 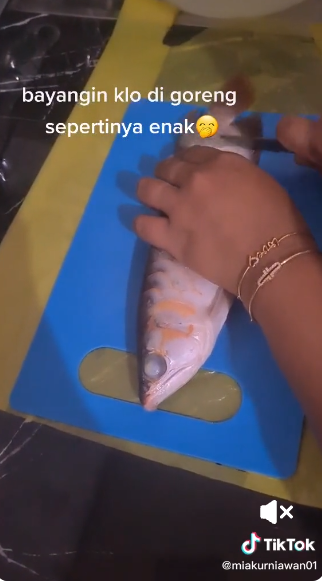 This was followed up by seasoning with a healthy amount of garlic and salt. 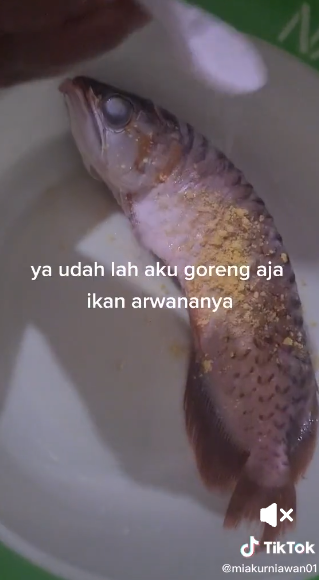 Then, the sizzling part: the frying. 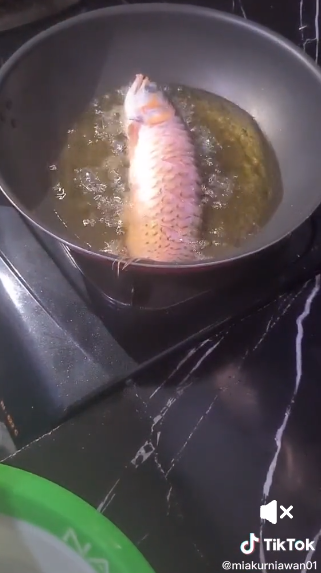 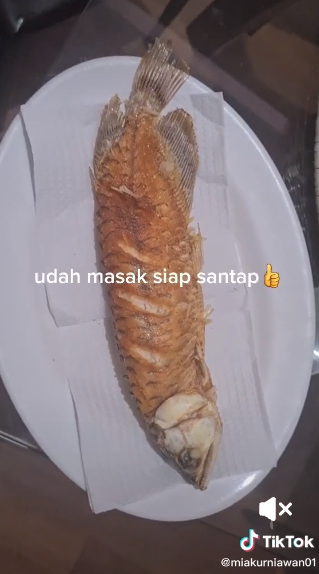 The video gained a massive number of eyeballs, being viewed more than 6 million times on TikTok.

According to Ms Kurniawan, the fish had apparently fallen sick, so she decided to fry it to see how it’d taste.

She explained, “Those eyes are white because the fish was stressed, it was jumping on the aquarium walls, that’s why I gave it oxygen, (so) instead of killing it, I will fry it.”

To her, it certainly looked appetising despite the great cost, and it was kind of a way to get back at her husband too.

As for the husband’s reaction — he was apparently upset at first but later laughed it off, Coconuts reported.

He also said he wasn’t angry at Ms Kurniawan for killing his fish.

For anyone who does partake in fish, they’d know that it’s a delicacy, especially fried.

But arowanas are terribly expensive and can go for up to $300,000, although it’s normally within the thousands.

We’d rather fry groupers or red snappers, which cost way less but are delicious too.

In any case, it’s good that the couple’s relations haven’t been fried.