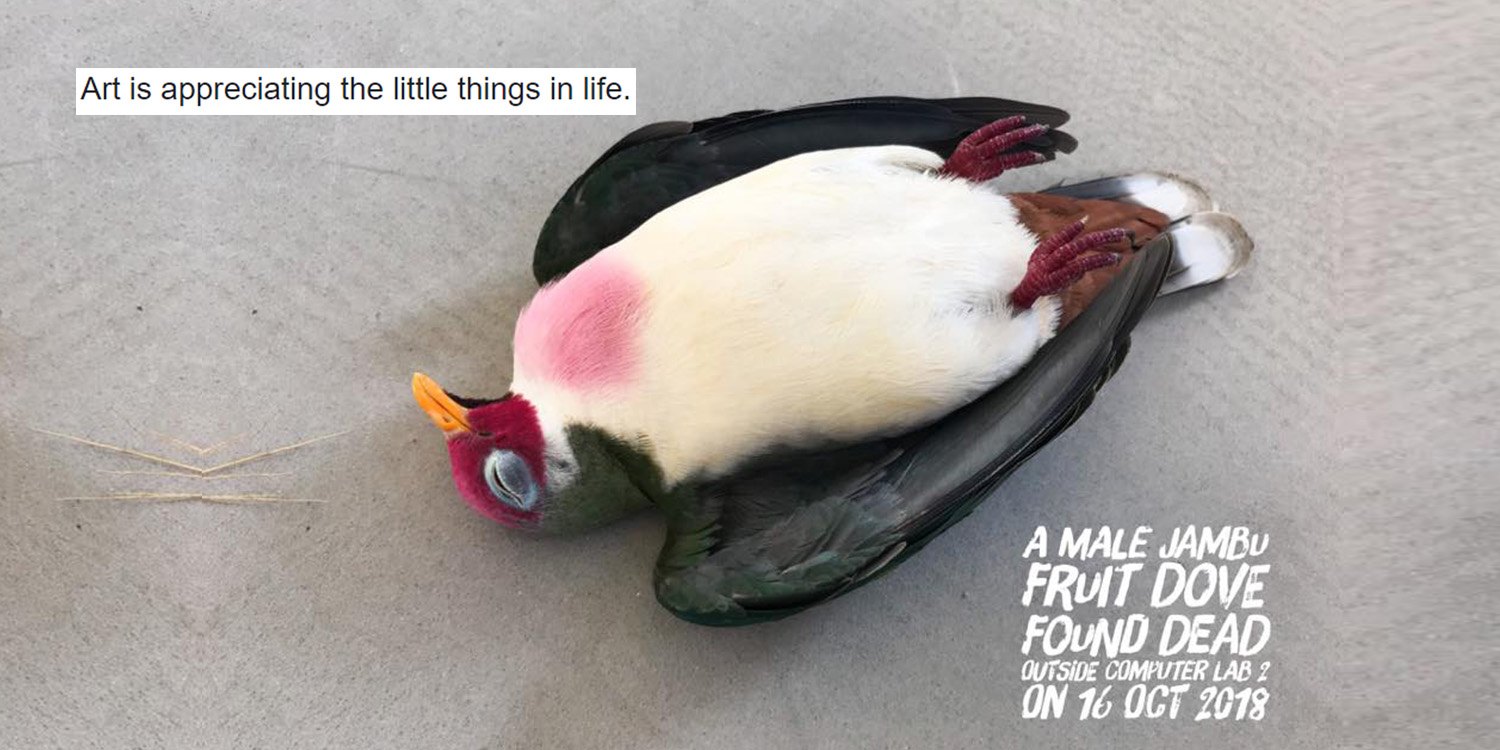 Art is appreciating the little things in life, and in death.

The death of a beautiful wild animal can’t be an easy thing to explain to 13-year-olds, but teachers at Commonwealth Secondary School recently did it with grace and passion. 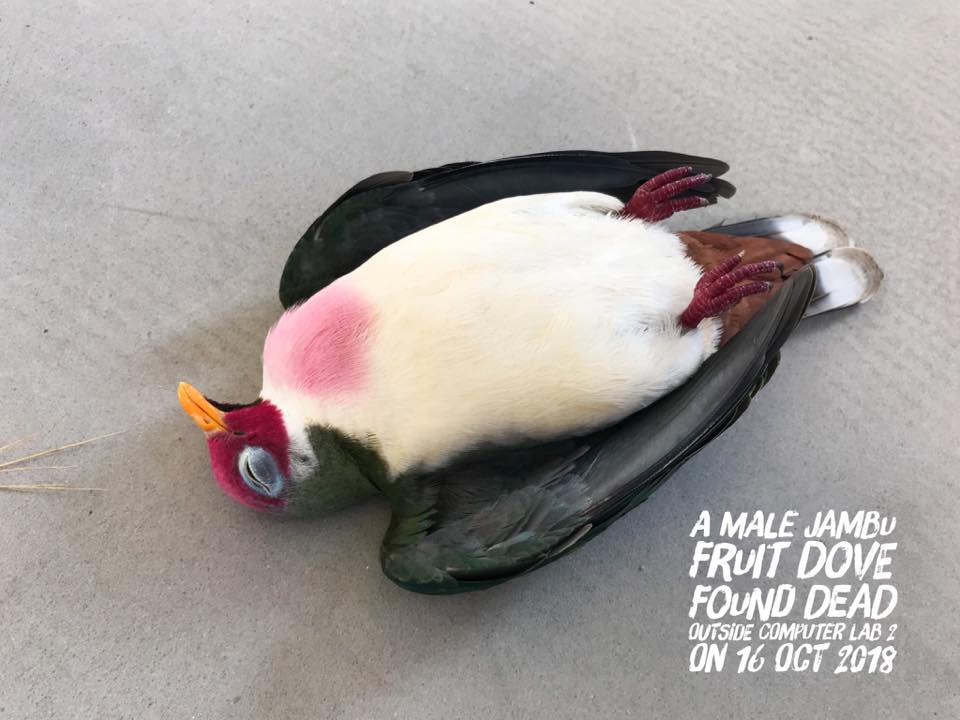 Here’s Biology teacher Mr Jacob Tan’s post in full. We take a look at some of the lessons gleaned from the incident below.

The tragic death of an innocent dove

On Tuesday morning (16 Oct), students from Class 1-1 heard “a bang outside” their Computer Lab’s window.

As the students filed out the lab, curious about what had happened, they witnessed a heartbreaking scene along with their teacher. 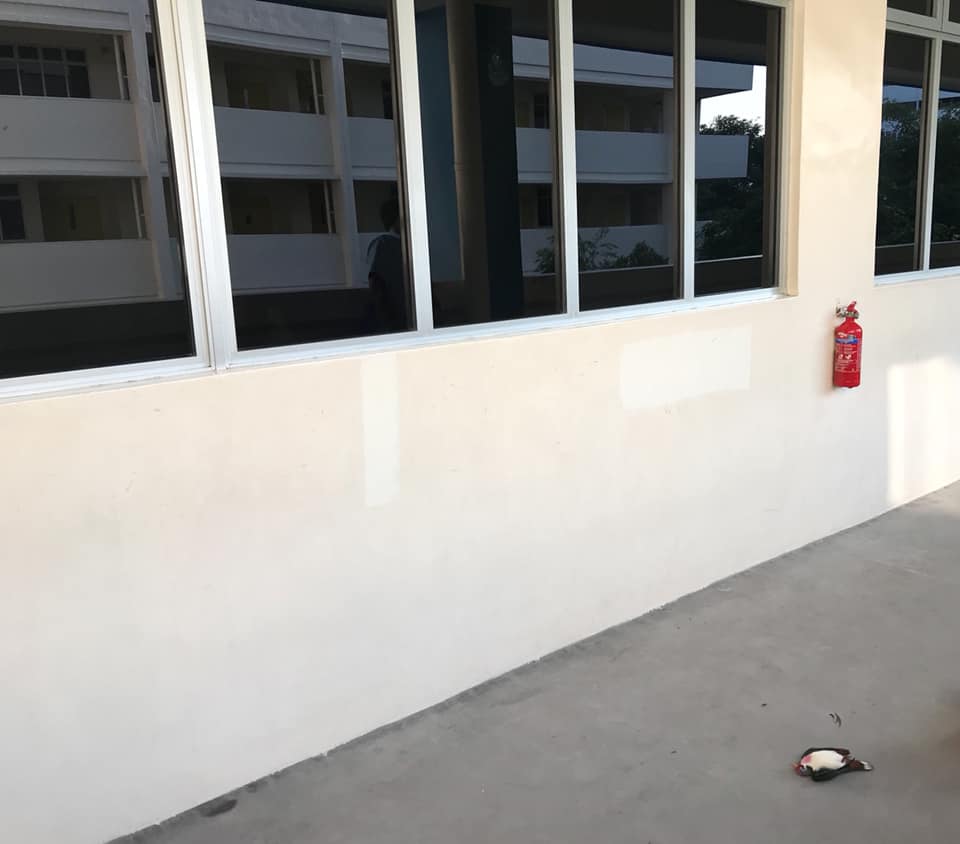 An adult male Jambu Fruit Dove lay lifeless on the ground, just outside the corridor. 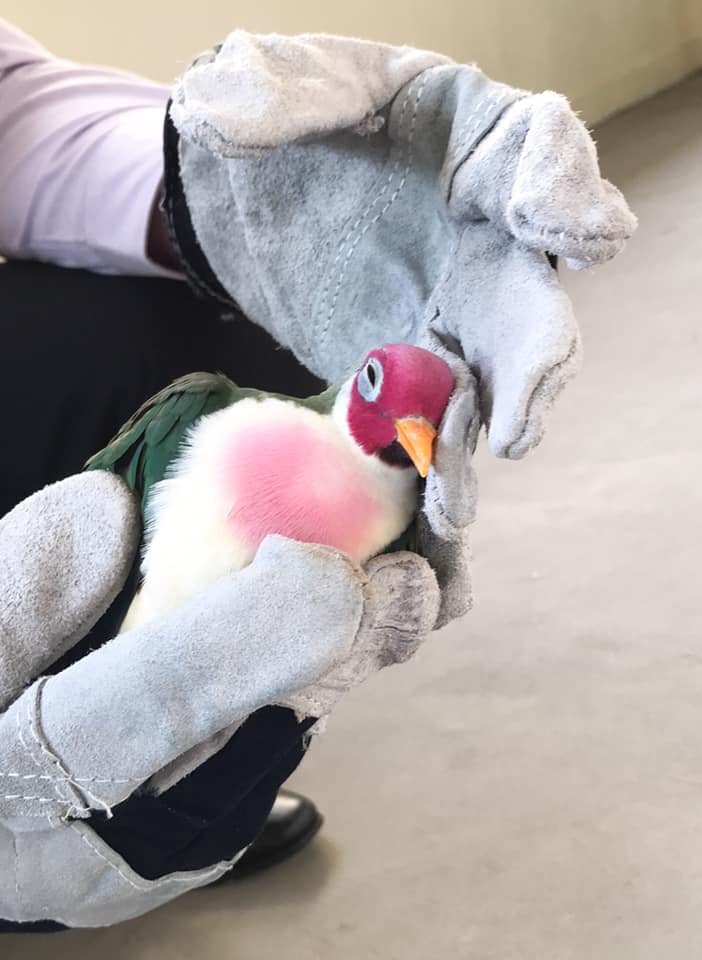 Mr Jacob Tan, a Biology teacher whom the class enlisted to help, described the tragic encounter,

A few drops of blood [were] coming out from the bill. There was even a ghostly imprint left behind on the glass window by the dove at the point of impact. 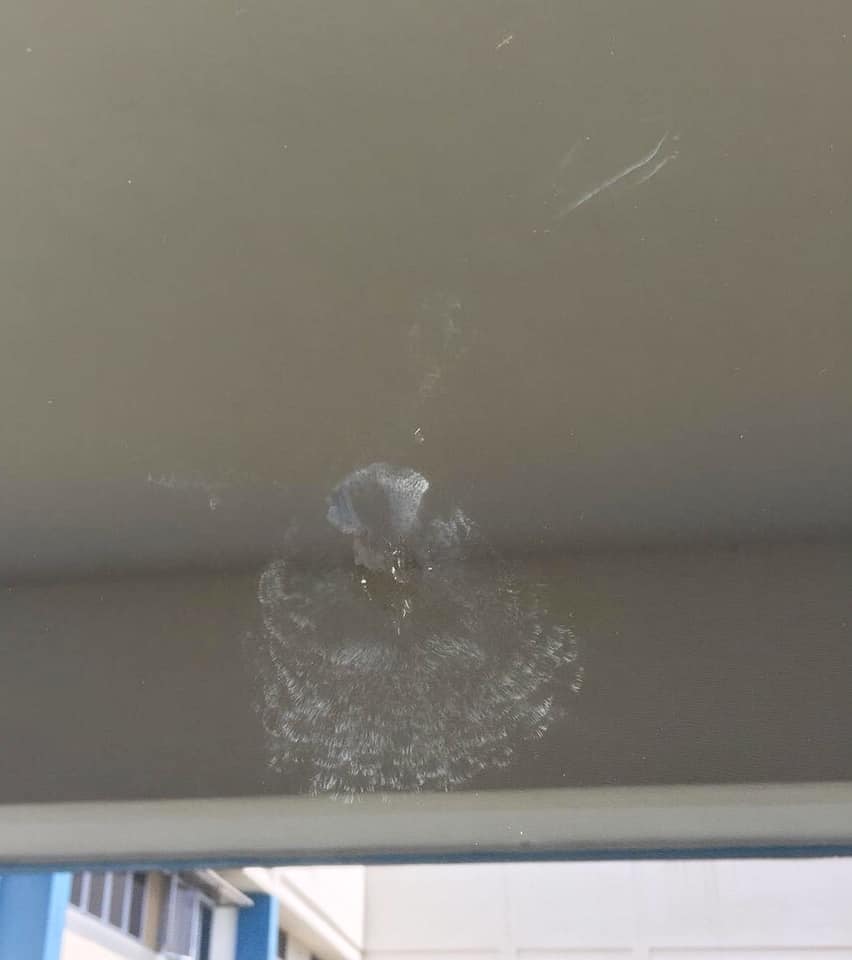 Next, Mr Tan picked up the dove and “wrapped it in a plastic sheet”. He later reveals that he knew how to respond as he was a trained wildlife rescue volunteer with ACRES. 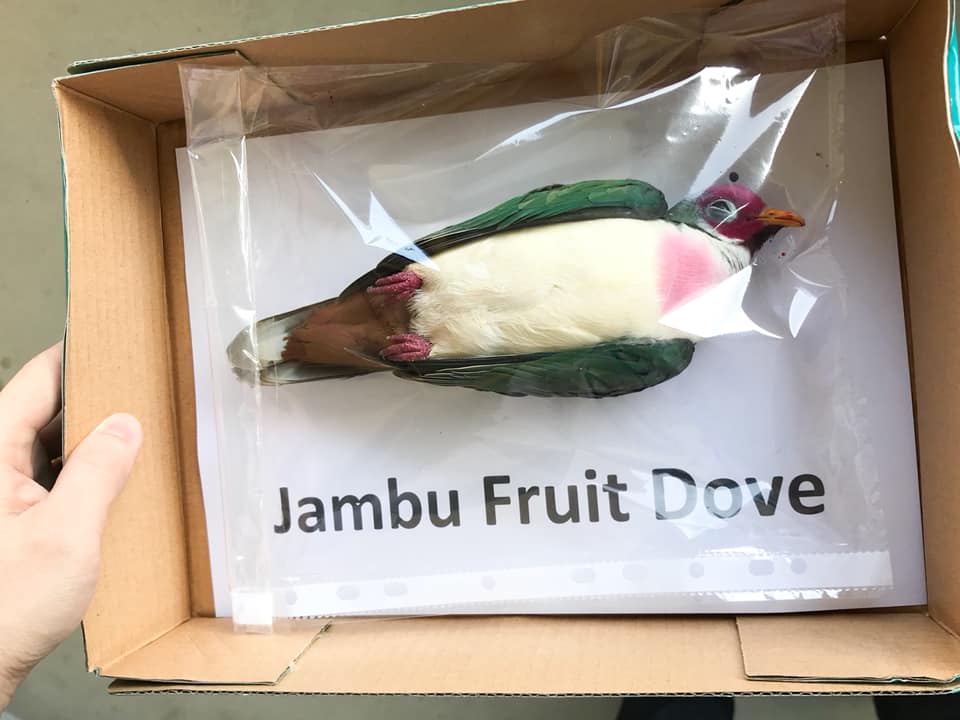 The body of the dove was then given to the school’s Art teacher, Mrs Tan. She used it to teach her students about the “use of colours in nature” — transforming a distressing event into a teachable moment. 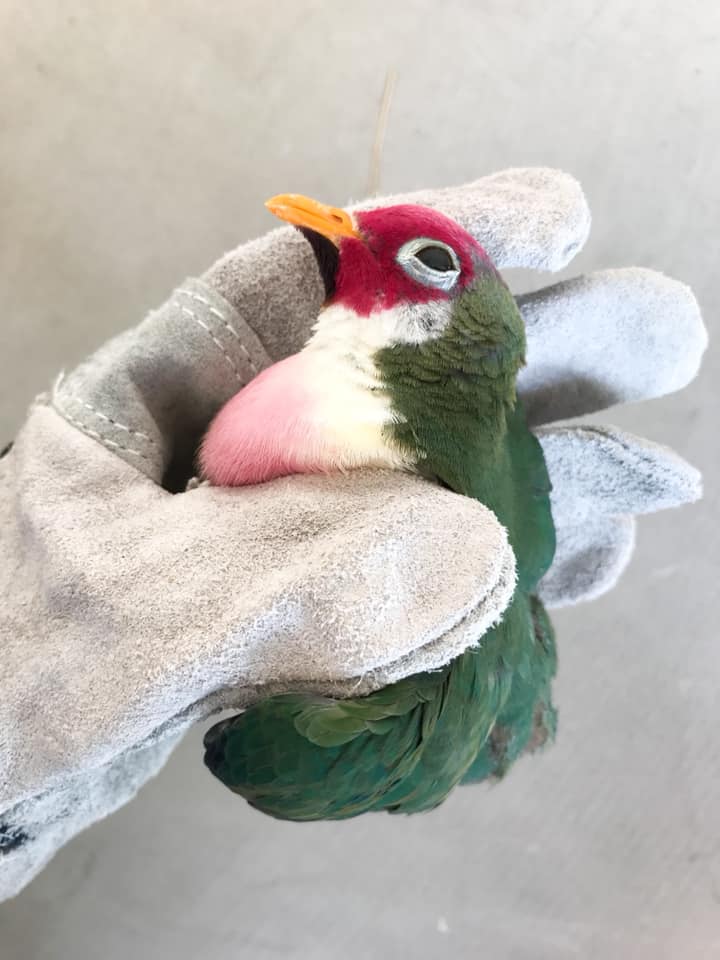 Jacob shared that her students were tasked to “jot down their thoughts” after observing the dead dove. Some even penned beautiful poems as a tribute to the fallen bird. After all, the lesson here was clear,

Art is appreciating the little things in life.

Here are some of the other students’ heartfelt reactions to the incident. 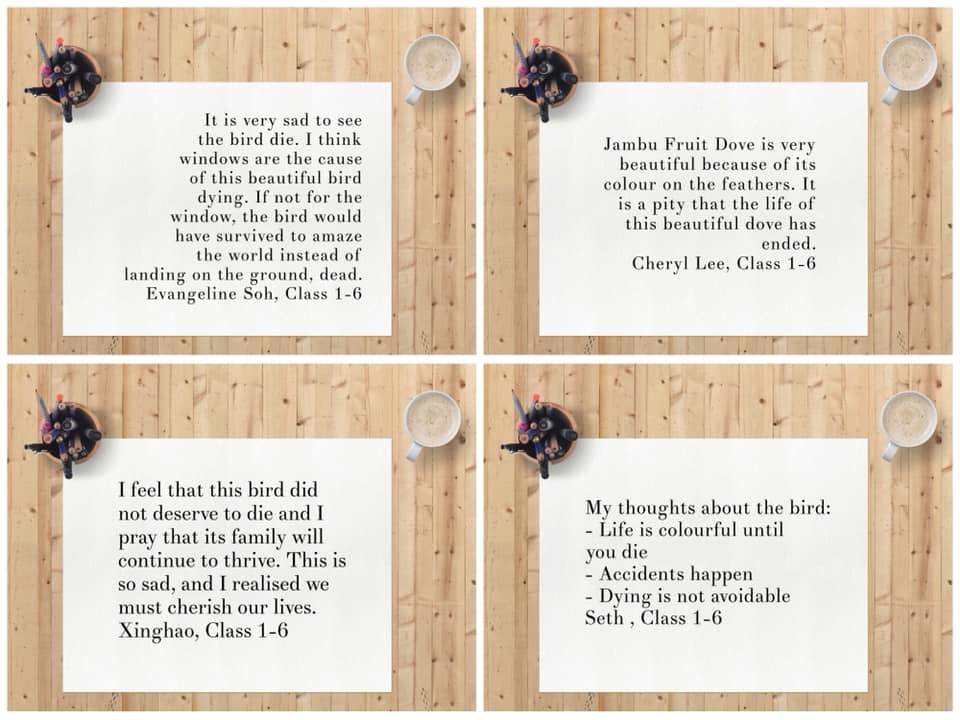 4 bird collisions in a year

Mr Tan also contacted a researcher from the National University of Singapore (NUS) to pick up the body for his research on “bird collisions in Singapore”.

Apparently, NUS researcher Mr David Tan is working on a proposal to NParks and BCA to “introduce mitigation measures” for buildings that are hotspots for bird collision incidents in Singapore.

Mr Tan explains that “habitat loss and illegal wild bird trade” in our region, coupled with widespread deforestation, has made this species ‘Near Threatened’ on IUCN’s list.

He also shares that this is already the 4th recorded case of bird collisions on the school’s glass windows since April last year.

According to him, birds usually crash into windows and glass panels as they see “reflections of vegetation” or are unable to tell that there is a surface in between.

Commonwealth Secondary School is also looking at introducing “mitigation measures” on large reflective surfaces within school premises, to hopefully put a stop to these tragic and unnecessary deaths. 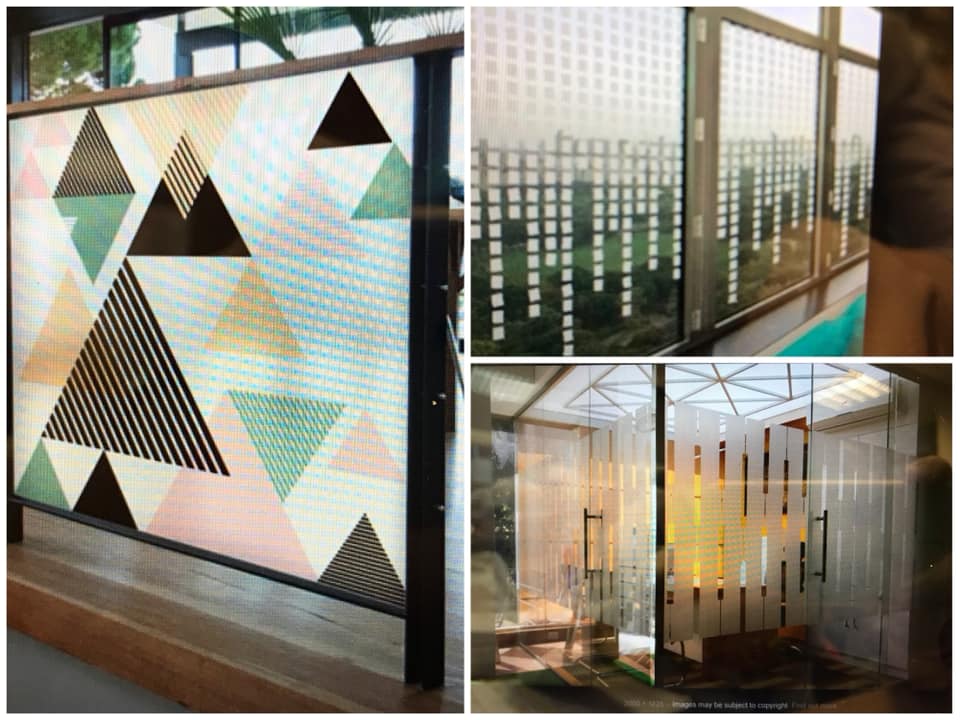 Most of all, if students see animals which are sick, injured, in distress or require protection, Mr Tan and Ms Lye from Commonwealth Secondary will volunteer as first responders on the scene, for they’ve trained as rescue volunteers with ACRES.

However, we’re glad that his actions turned a grim tragedy into a touching lesson about appreciating life — and accepting that mortality is inevitable, but sometimes preventable. 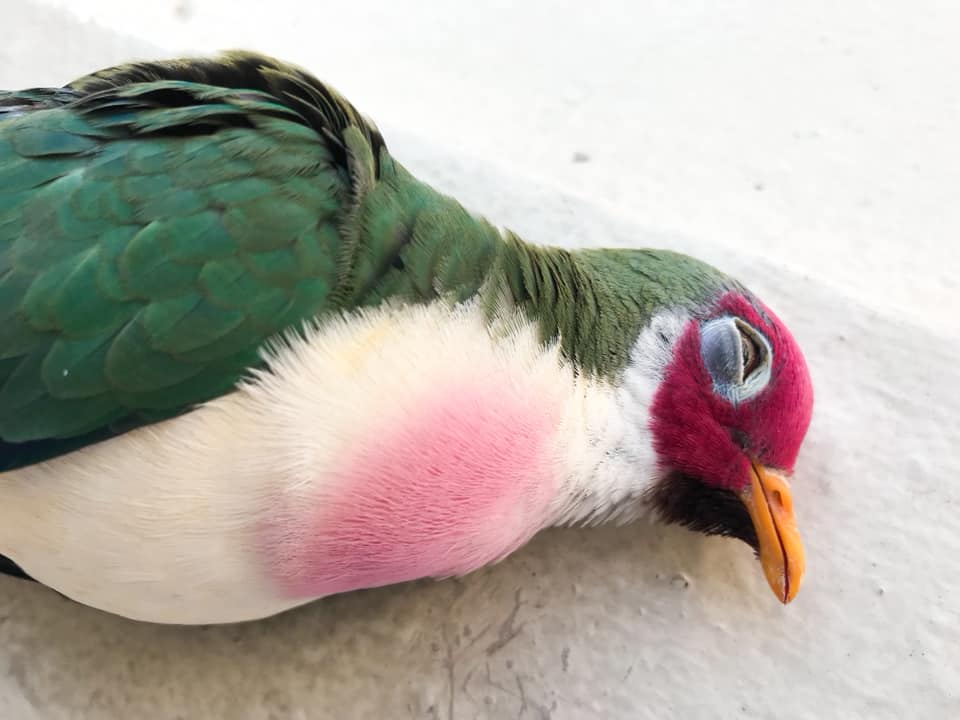