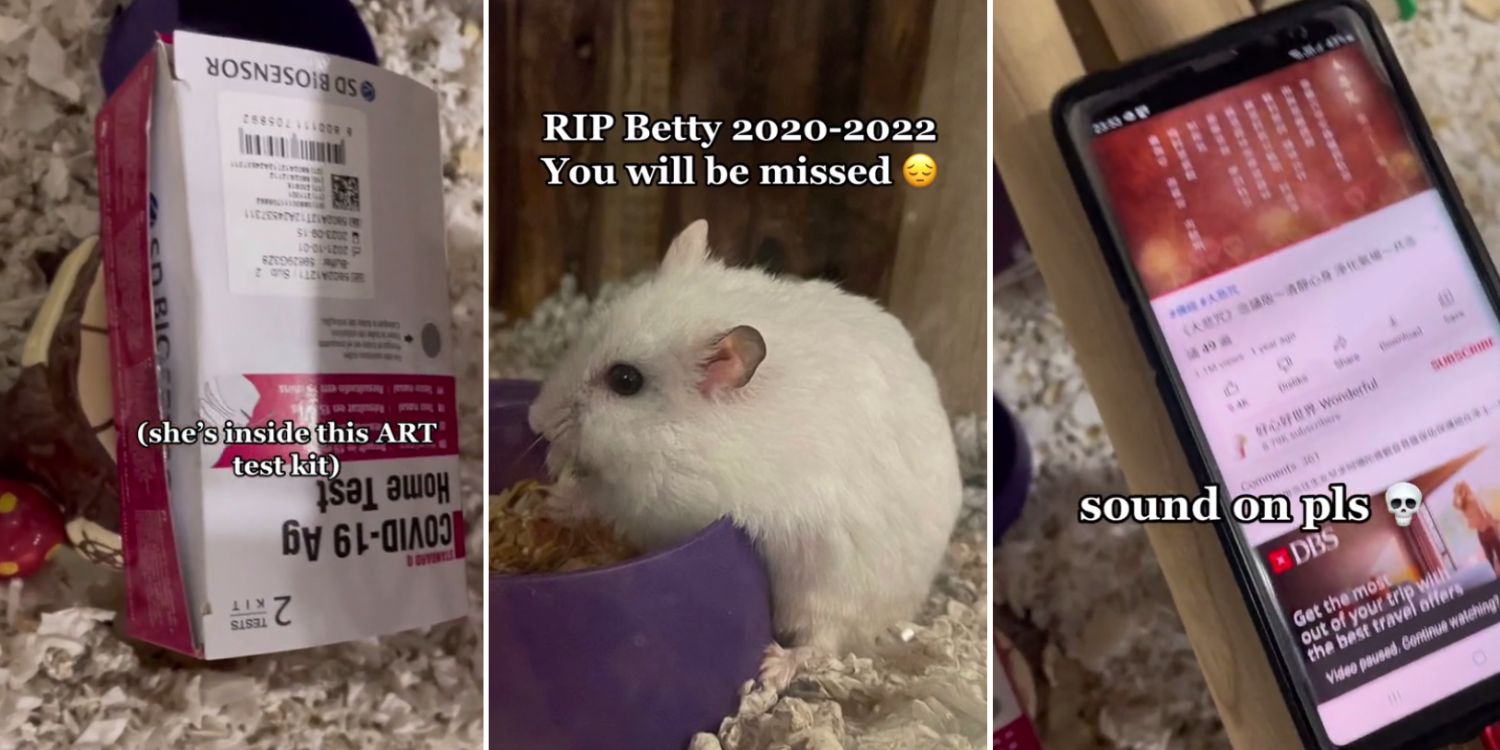 Hope she's getting all the sunflower seeds she wants.

Pets, whether big or small, can play an important role in our lives. From providing companionship to emotional support, our furry – or scaly, feathery, or finned – friends can easily be considered family.

So when a beloved pet dies, the feeling of grief and sorrow can be immense.

One Singaporean family mourning the death of their hamster decided to give the animal a solemn send-off, complete with traditional Buddhist customs and a ‘coffin’.

Funeral for pet hamster complete with chants and coffin

On 29 Sep, TikTok user @e.t.xy, aka Ethan, posted a video sharing that his pet hamster had died the day before.

Instead of simply burying the rodent in a shoebox, his father decided to hold a proper funeral.

In the 15-second clip, a small ART kit can be seen in the cage.

Buddhist funeral chants can also be heard in the background. 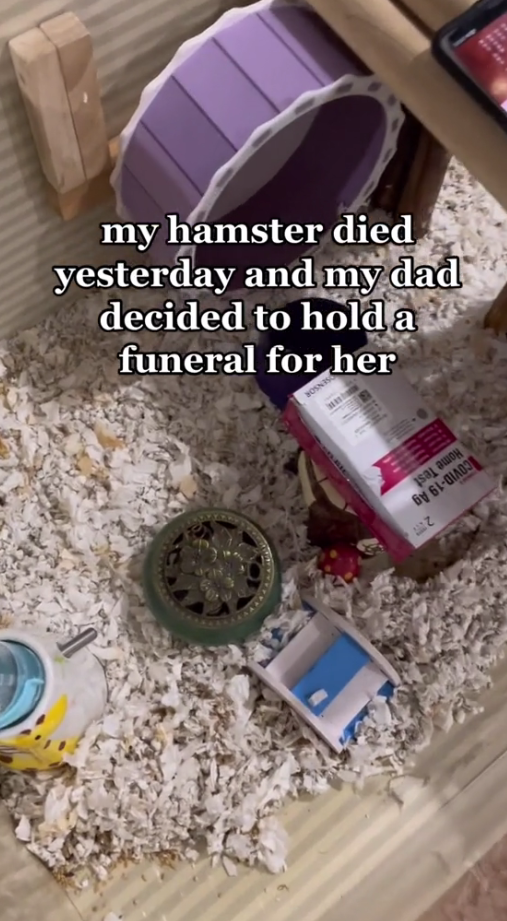 In the subtitle, Ethan explains that the box served as a coffin for his hamster. 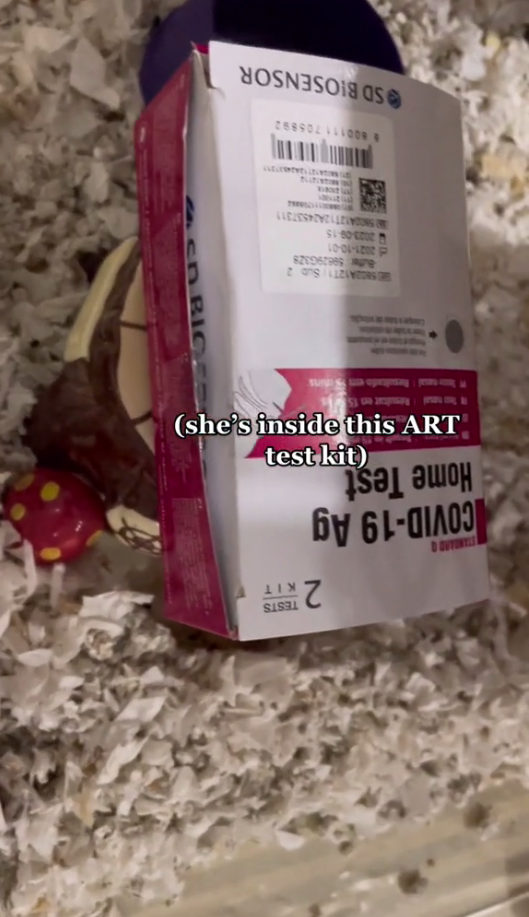 He later films the source of the chanting, which is coming from a YouTube video playing on a phone on top of the cage. Speaking to MS News, Ethan said that his family got Betty at the beginning of the pandemic, around August 2020.

He revealed that she even has a sister, Veronica, who is well and healthy.

However, on 28 Sep, Betty passed away.

According to Ethan, he heard the funeral chants at around 11pm that day.

He did not think much of them because he thought they were coming from the void deck below his house.

However, he found out that the chants were coming from Betty’s cage and discovered the whole setup with the ART kit coffin. 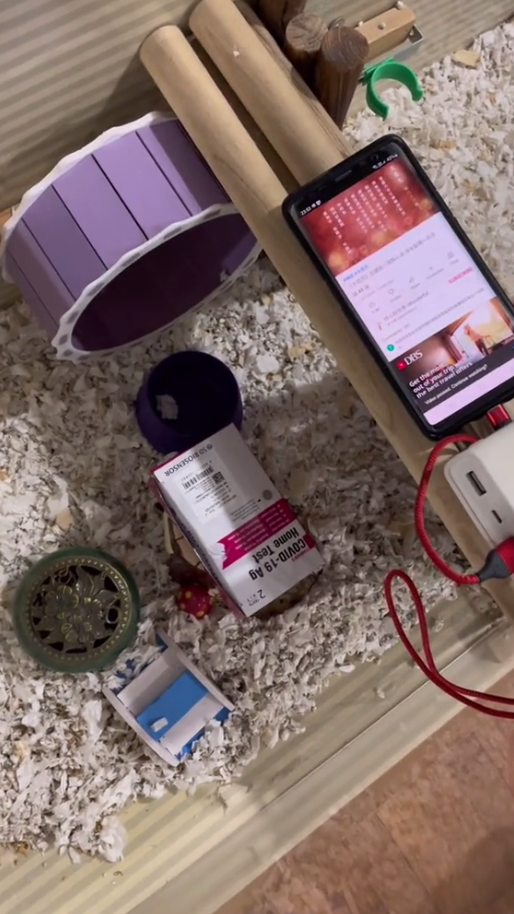 As it turns out, Ethan’s father had placed his phone on top of the cage, setting the atmosphere for the ritual.

He thought the entire incident was amusing yet heartwarming and decided to share it online.

After the funeral, his father proceeded to bury Betty at the block below his house.

Such a grand and proper funeral shows just how much Betty was loved by her humans.

While not all pet owners would think of holding such an elaborate event, it’s nice to see how Ethan’s father decided to uphold traditional customs usually meant for humans.

We hope that Betty has crossed the Rainbow Bridge safely and gets to enjoy all the sunflower seeds and treats she wants.