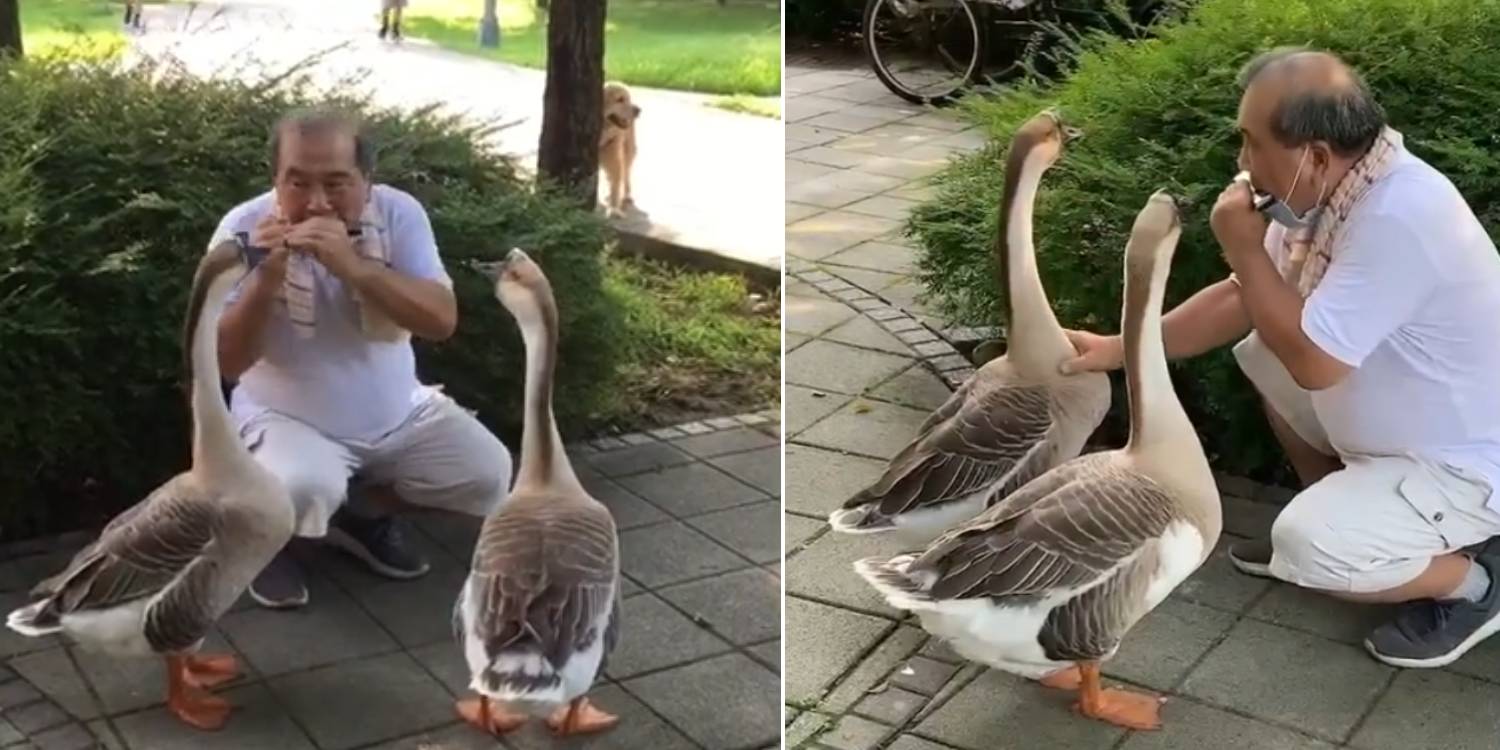 Parks are where many seek refuge when we need a breather from our concrete jungle to enjoy the greenery.

Some parks, however, have a little something extra, and we’re not referring to the polytechnic.

2 geese that call a park in Taiwan their home were seen gathering around a man playing his harmonica, drawing wonder from passers-by.

The geese are now famous thanks to the viral video.

According to Taiwanese media site China Times on 26 Aug, a man was playing music with his harmonica at Daan Forest Park in Taipei, drawing a crowd.

Among the songs he was playing was the timeless classic “The Moon Represents My Heart” by Teresa Teng.

2 geese that inhabit the park apparently heard the music and clambered up right in front of the uncle.

Although geese are stereotyped as aggressive, they were anything but in the video. 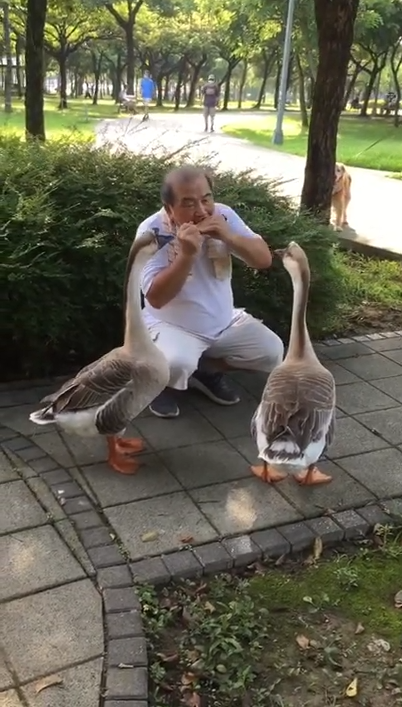 The geese even started making accompanying noises during the performance, which doubtless made the crowd go “aww”. It was almost as if the geese were part of a performance troupe with the uncle.

In another video, the uncle gently cradled one of their necks midway through playing, causing it to turn back as if shocked by the sudden touch. 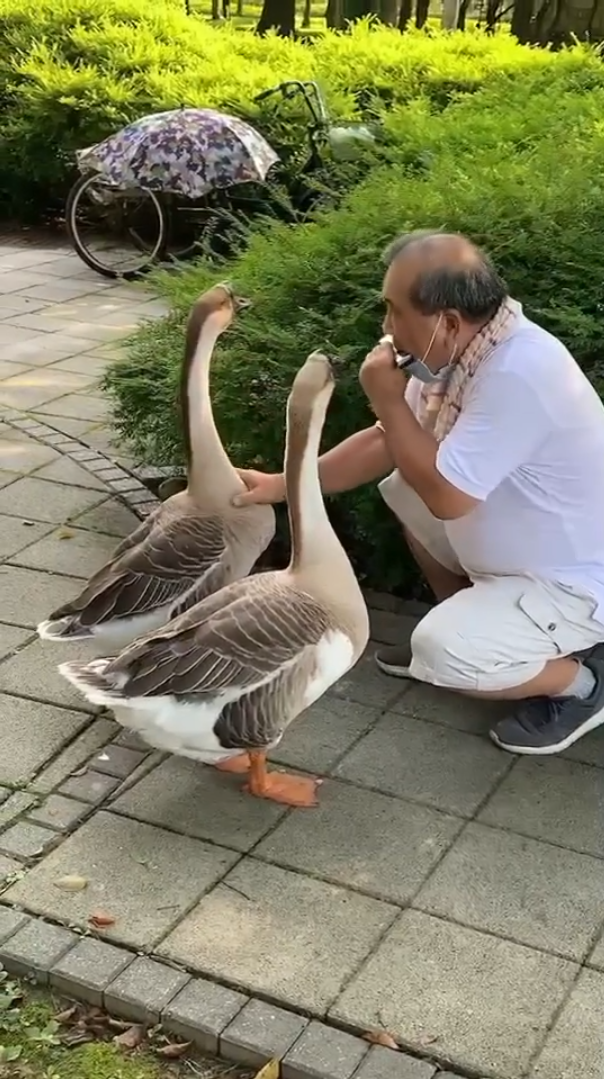 However, it didn’t seem to mind, as it returned to facing the uncle soon after.

Were almost taken away from park

The birds are actually precious treasures that residents fought to protect.

Liberty Times reports that the geese are named Qiqi and Fanfan and were born in Daan Forest Park in Mar last year. 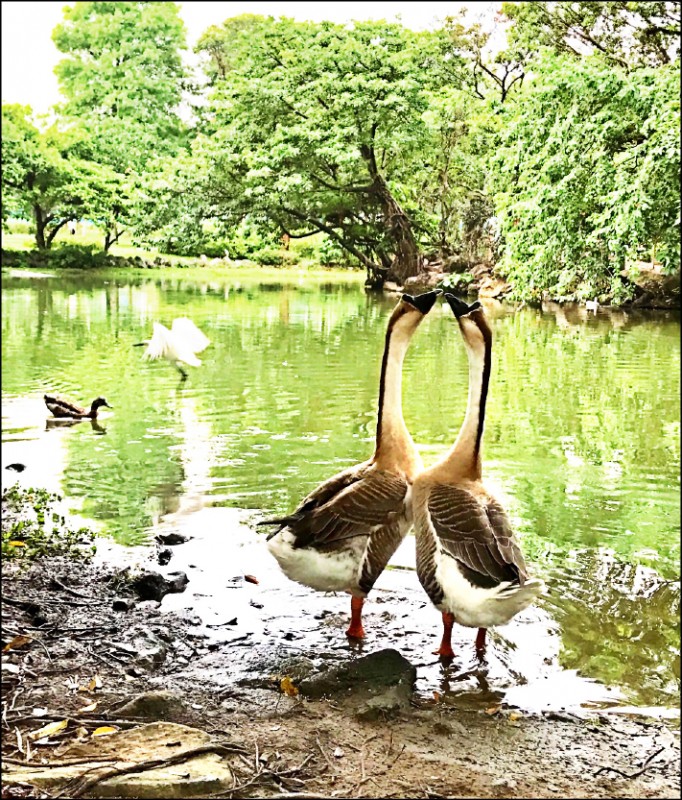 Because they’re not native to the park, they were almost taken away by authorities for resettlement. There were also concerns about aggression towards parkgoers.

However, local residents pleaded with authorities for them to continue living there, and now they’ve gone internet viral.

Geese bond with humans over music

Animals are fully capable of making and appreciating music, as we’ve seen on so many occasions before.

The geese and the uncle may not have known each other before, but they’ve surely bonded through a shared appreciation of music, wowing parkgoers in the process.

Who knows, if we ever get to travel to Taiwan again, maybe we’ll get to see Qiqi and Fanfan at Daan Forest Park?