Must Share News – Independent News For Singaporeans
Home Viral Car Speeds Away After Knocking Traffic Police Down In Geylang, 2 Men... 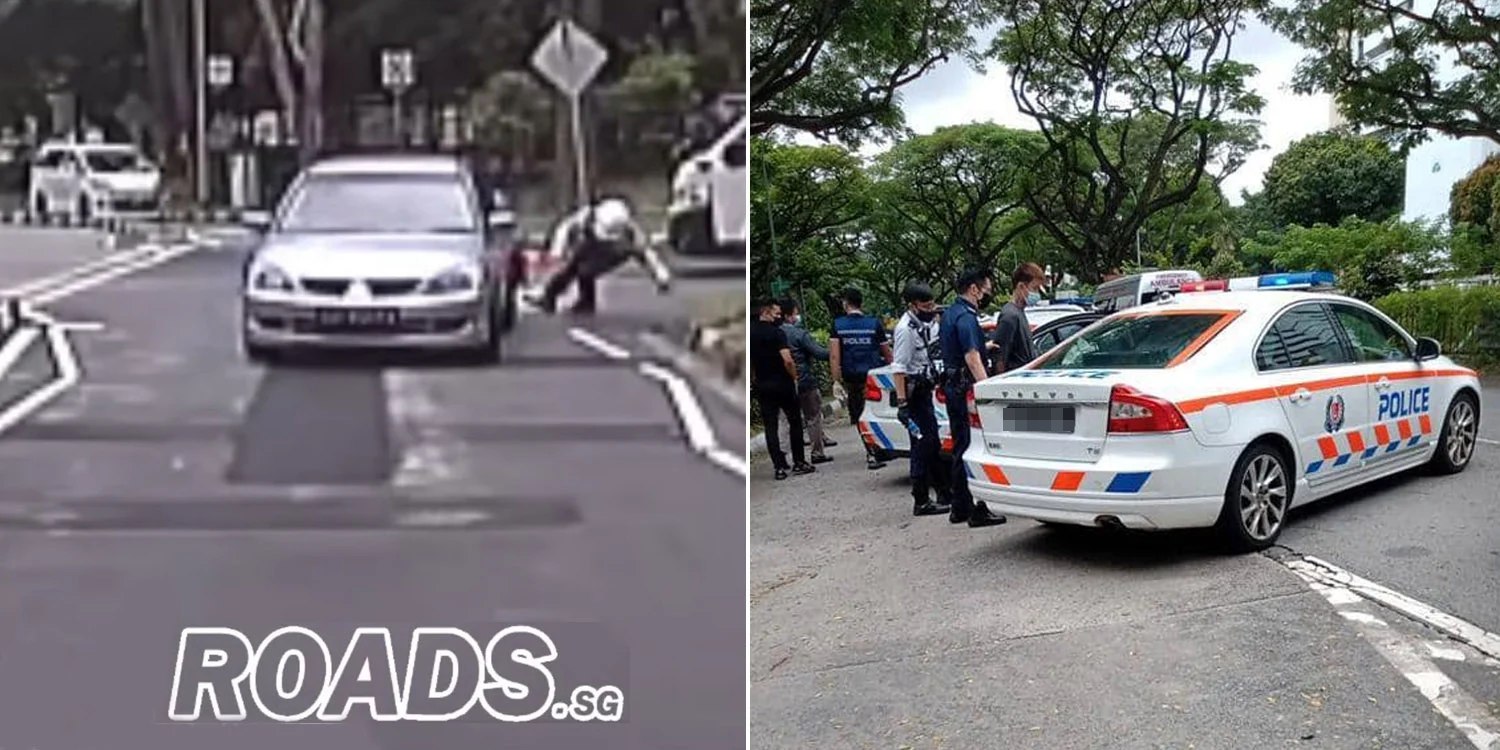 While helping to keep our roads safe, traffic police officers (TP) take on considerable risks during their daily operations. That’s especially the case when they have to engage uncooperative road users.

On Thursday (28 Oct) morning, a TP was knocked down in Geylang after a driver reversed on the main road in an alleged attempt to evade arrest.

2 men were later subsequently arrested, 1 of whom is suspected of committing drug-related offences.

Traffic police officer knocked down by reversing car in Geylang

In a dashcam video posted on ROADS.sg, a grey Mitsubishi was seen speeding along the narrow lanes of Geylang East Ave 1. This apparently took place at around 8.55am on Thursday (28 Oct). 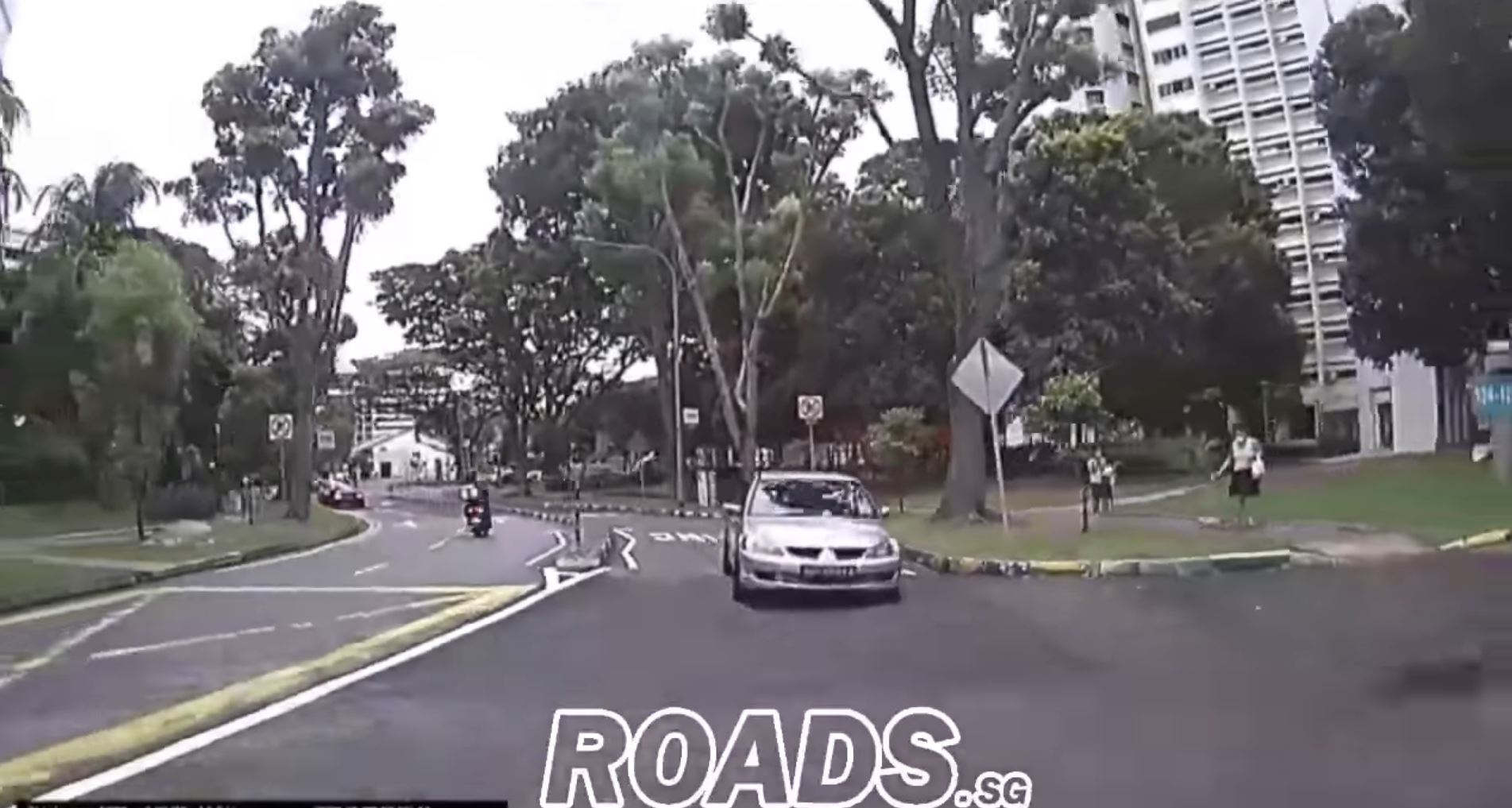 As the grey vehicle approached the cam car, it slowed down before coming to a stop.

A TP motorcycle then approached from the back with its lights blinking, almost as if it was signalling for the driver to stop. 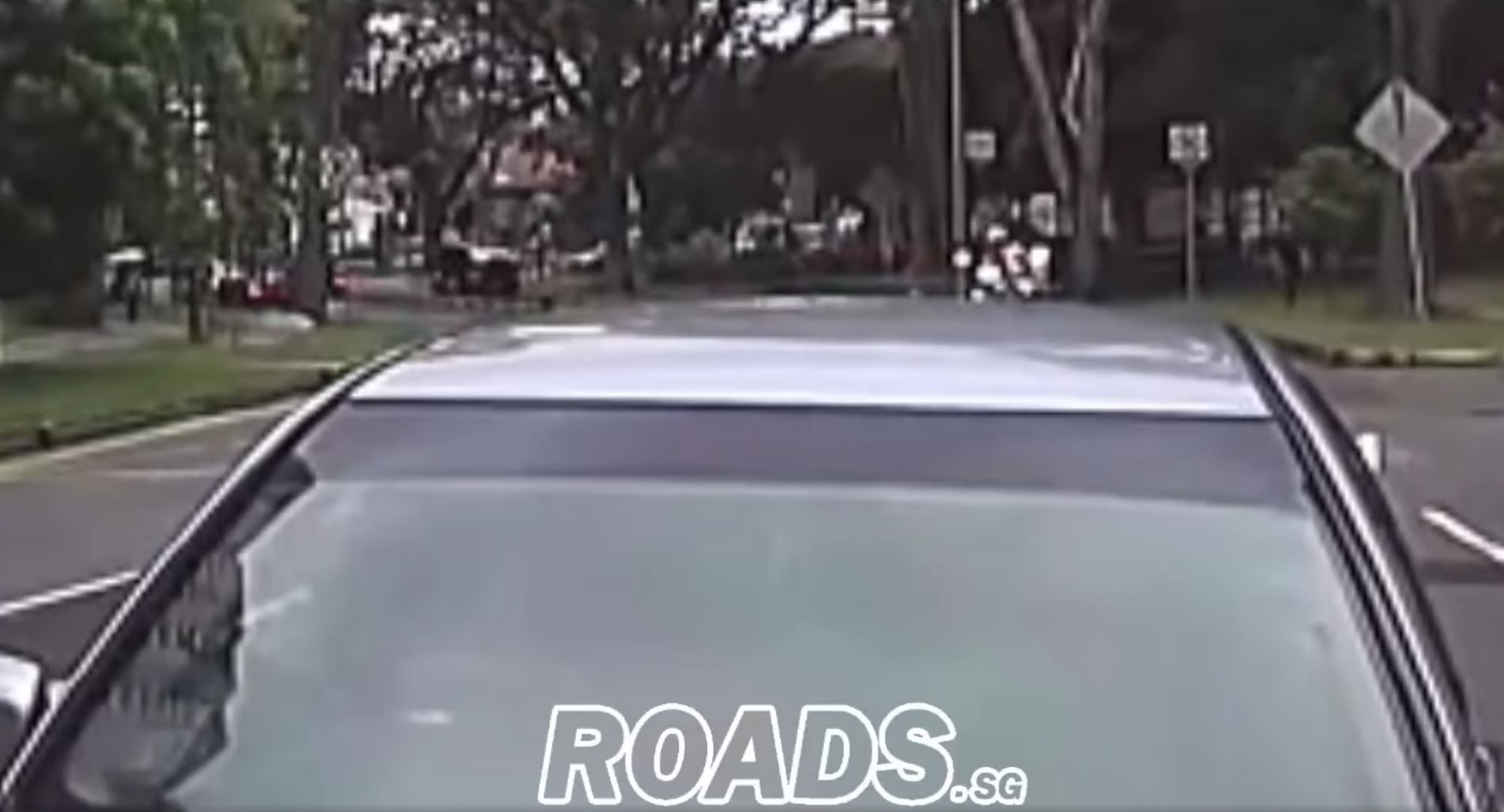 As the motorcycle overtook the Mitsubishi, a second TP bike arrived from the back.

Without warning, the driver started reversing his car and ploughed into the second motorcycle, knocking the TP down on the road. 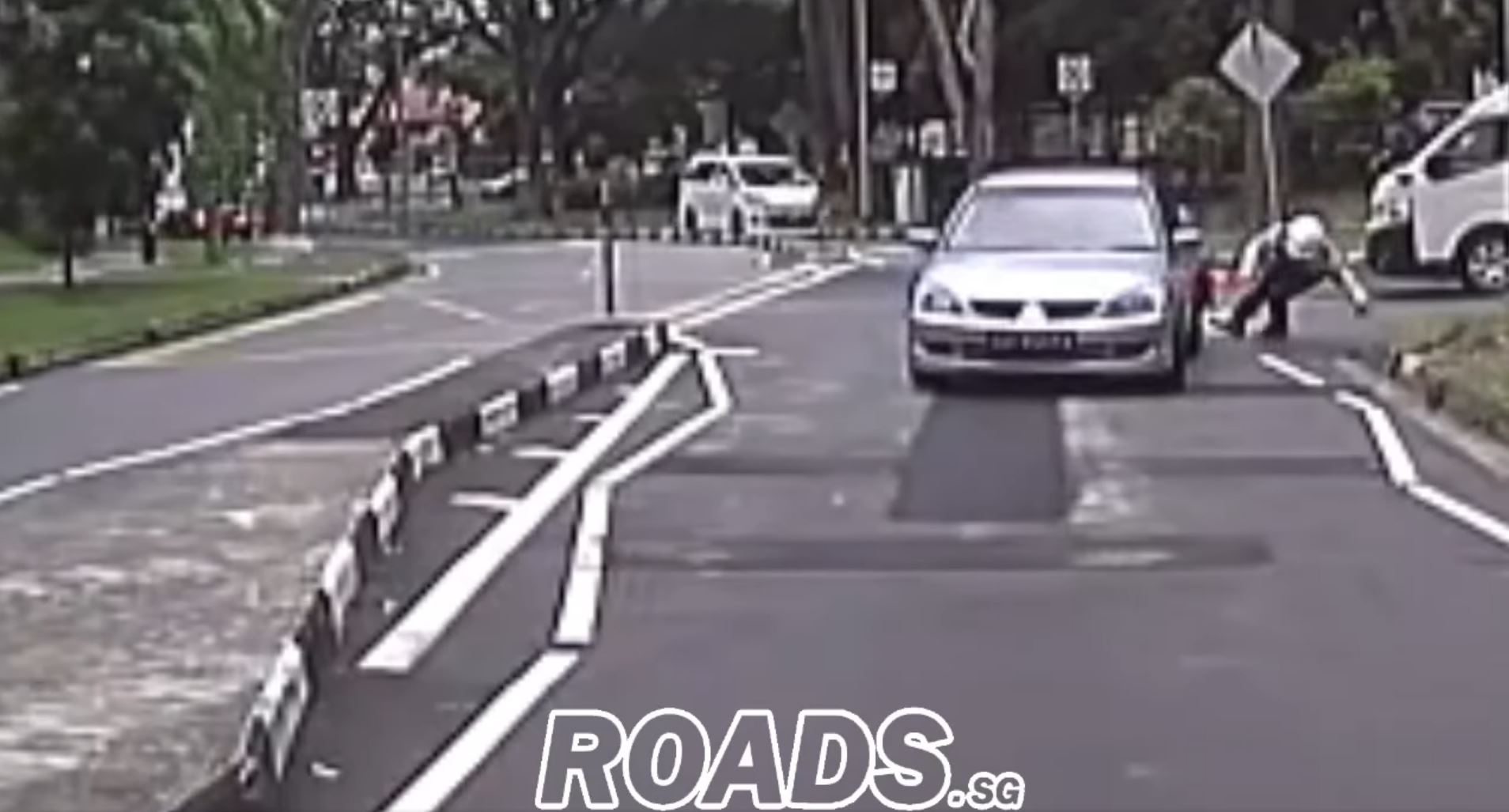 The TP officer attempted to give chase on foot but stumbled shortly after. 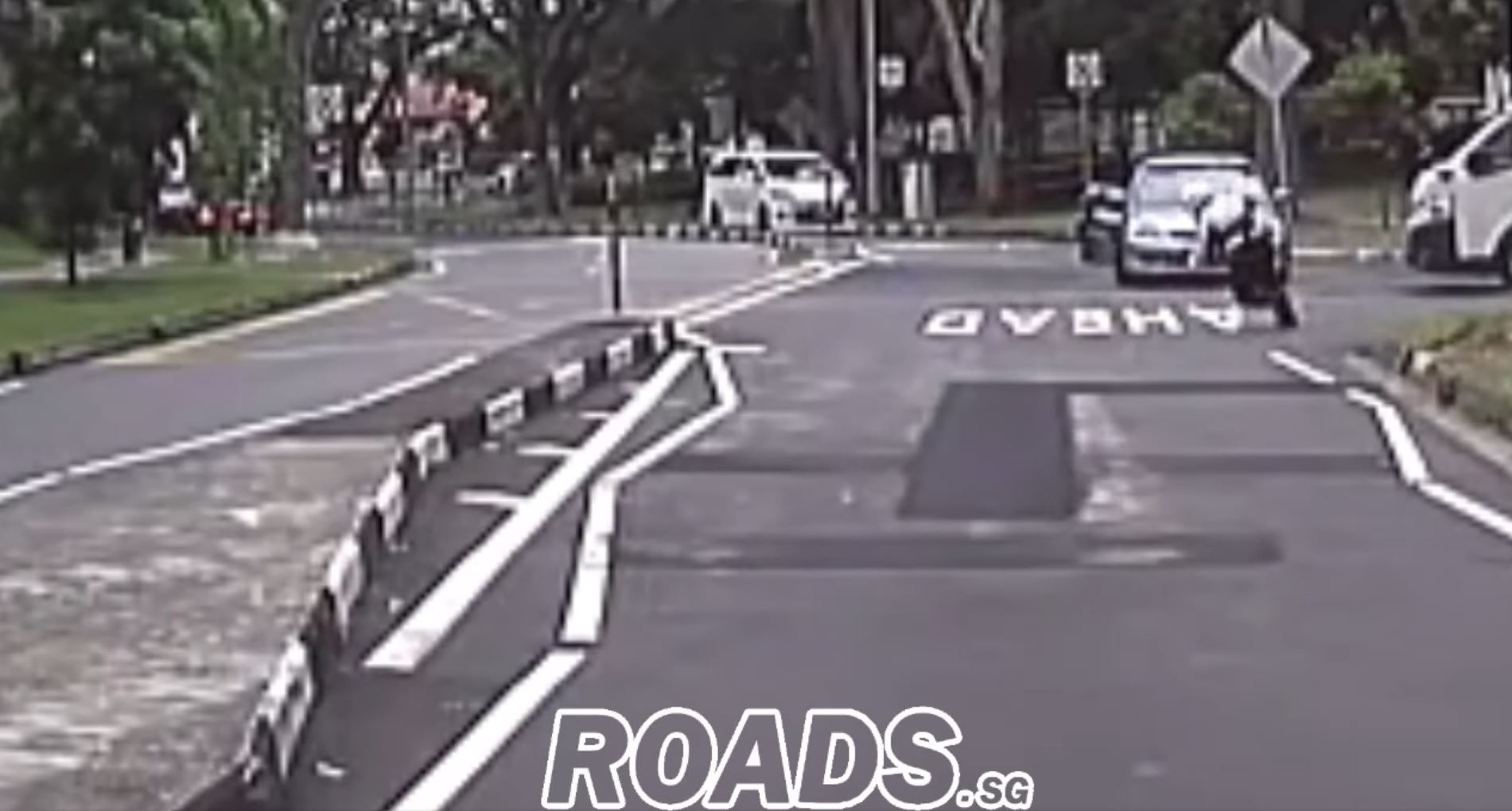 The clip ends with the Mitsubishi taking off in the opposite direction with a TP bike giving chase. 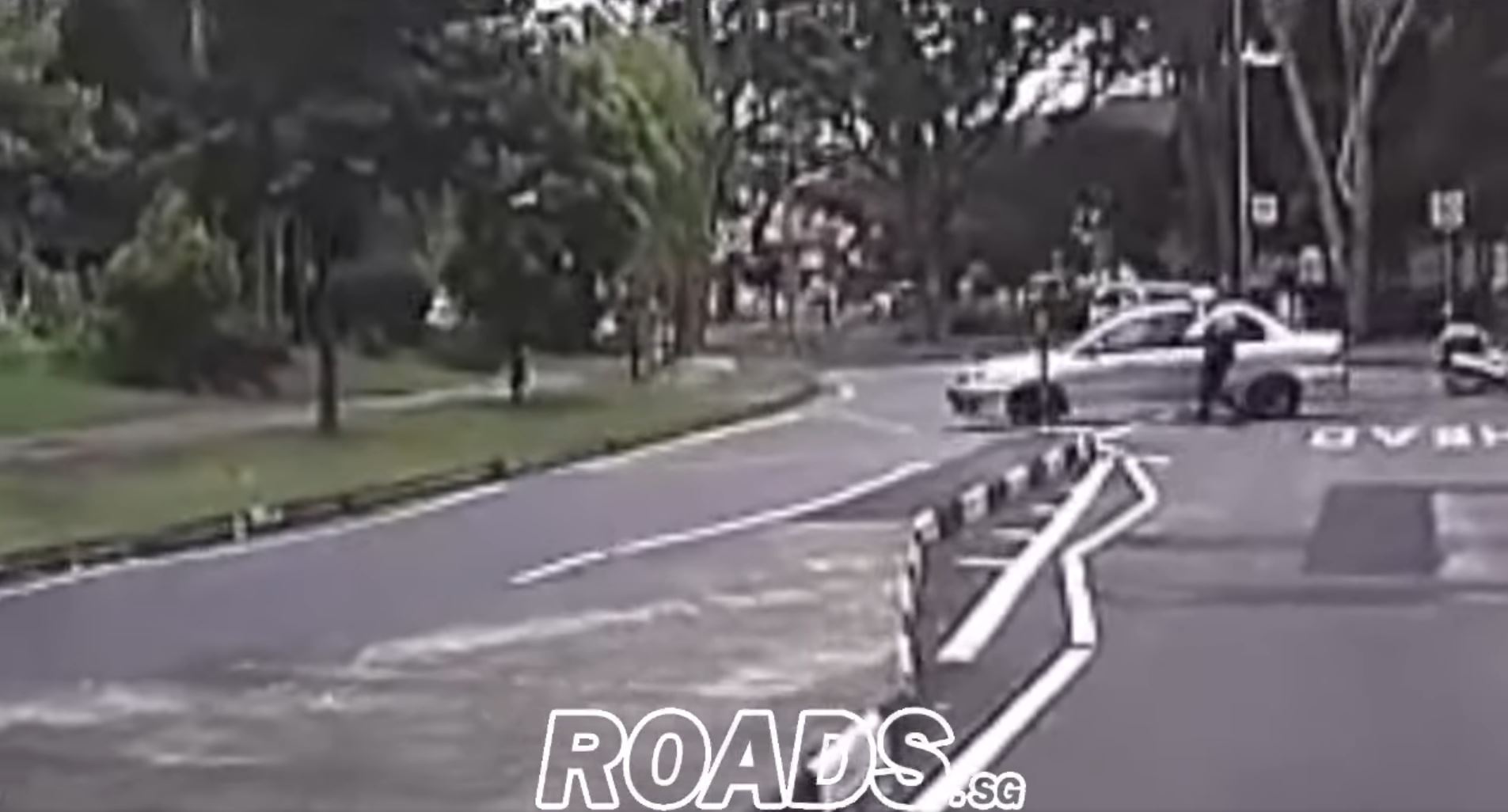 Though the driver seemed to have sped away, the car was apparently stopped nearby soon after. 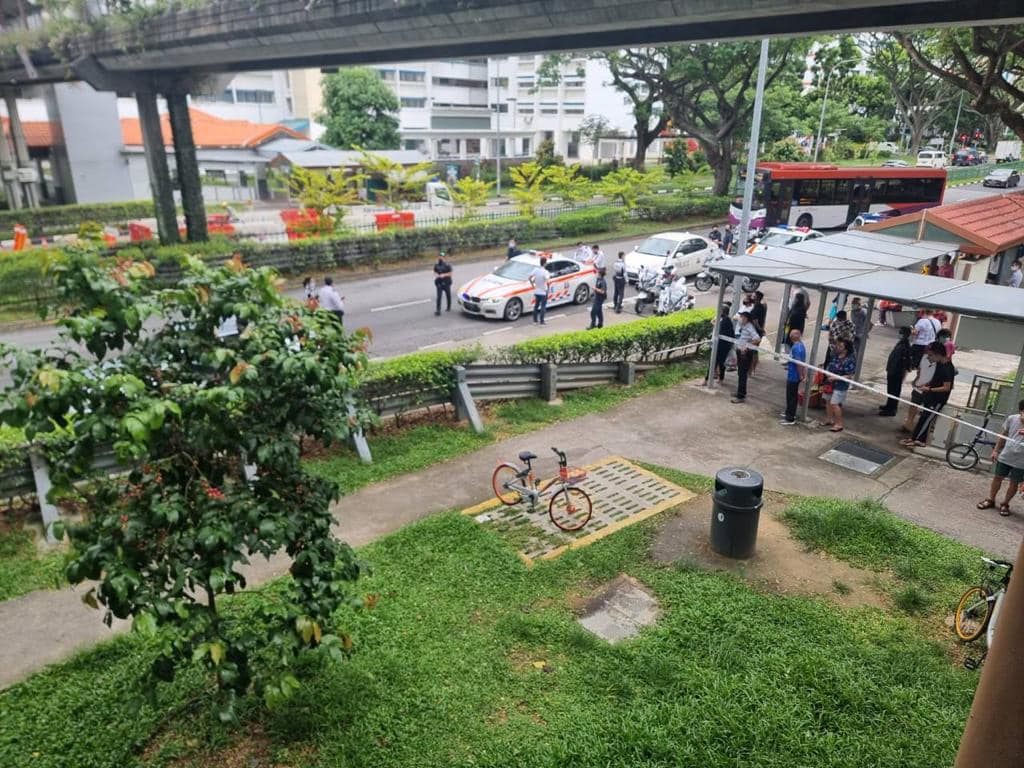 At least 3 police cars and 2 motorbikes were seen at the site. There were also several video clips showing a man getting detained by police officers.

The man didn’t seem too pleased to be arrested as he was seen shouting at the cops with his mask off. 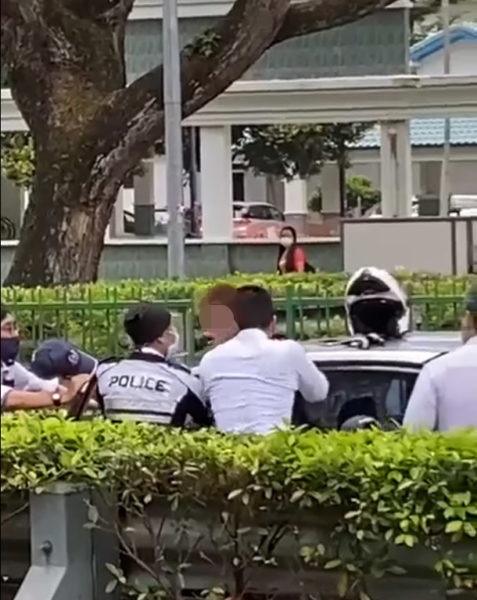 Despite his efforts, the man was later seen accompanied to a police car. 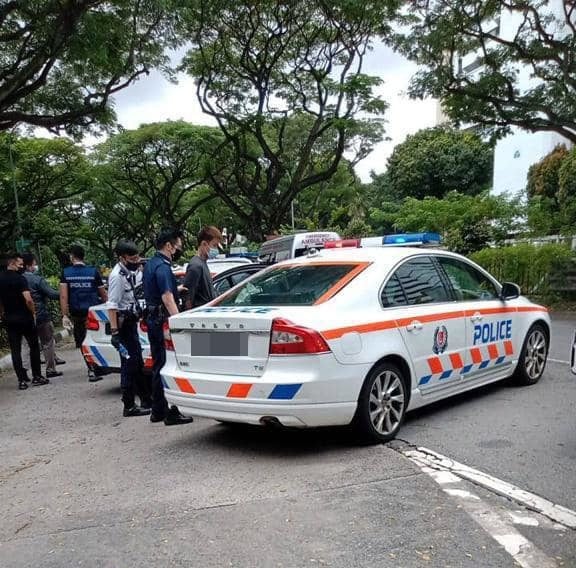 In response to The Straits Times’ (ST) queries, the police said that 2 men were arrested following the incident.

The 37-year-old driver, who reportedly fled, was eventually detained after a manhunt operation.

A 34-year-old passenger was also nabbed for using criminal force against a public servant. He is also suspected of committing drug-related offences.

Separately, a police officer also sustained minor injures but refused to be conveyed to the hospital.

Enforcing traffic rules is merely part of a TP officer’s job. They, too, deserve to have a safe working environment that allows them to return home safely every day.

Let’s hope the TP officer who was knocked down merely suffered minor injuries and that he will make a swift recovery.