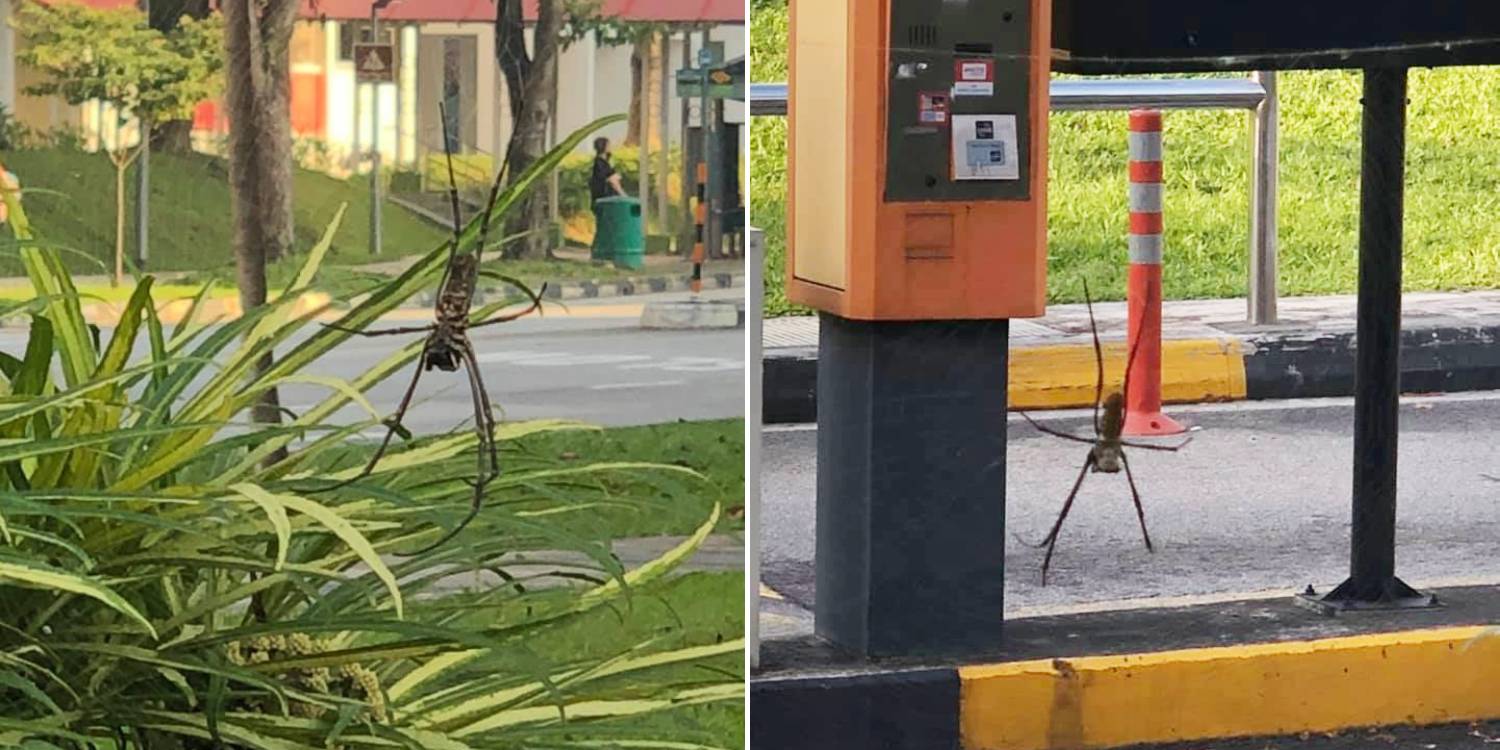 Singapore may be an urban jungle, but it’s teeming with all sorts of wildlife creatures continue to surprise us every day.

Just when we thought we’ve seen it all, there comes a gigantic spider that leaves everyone shooketh.

A resident spotted a terrifyingly humongous spider hanging out in a neighbourhood estate along Yishun Ring Road on Tuesday (20 Apr). 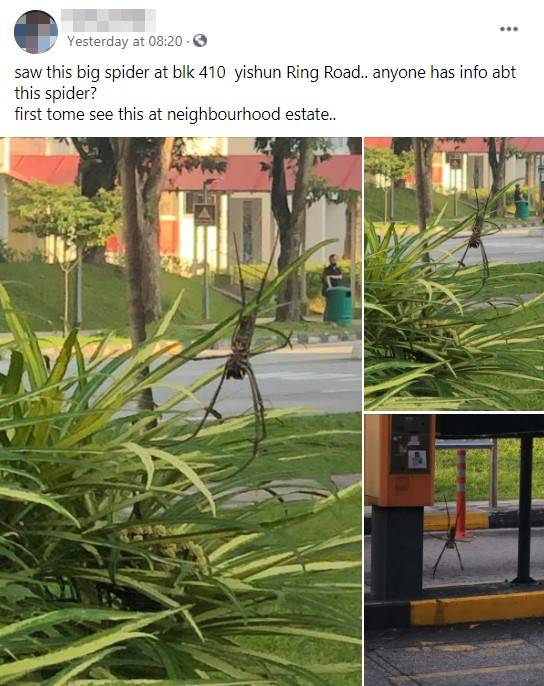 As this was his first time seeing such a creature in the neighbourhood, the man asked the Facebook group Nature Society (Singapore) for help in identifying the species of spider.

The spider was spotted chilling on a roadside plant at Yishun Ring Road on a Tuesday morning. 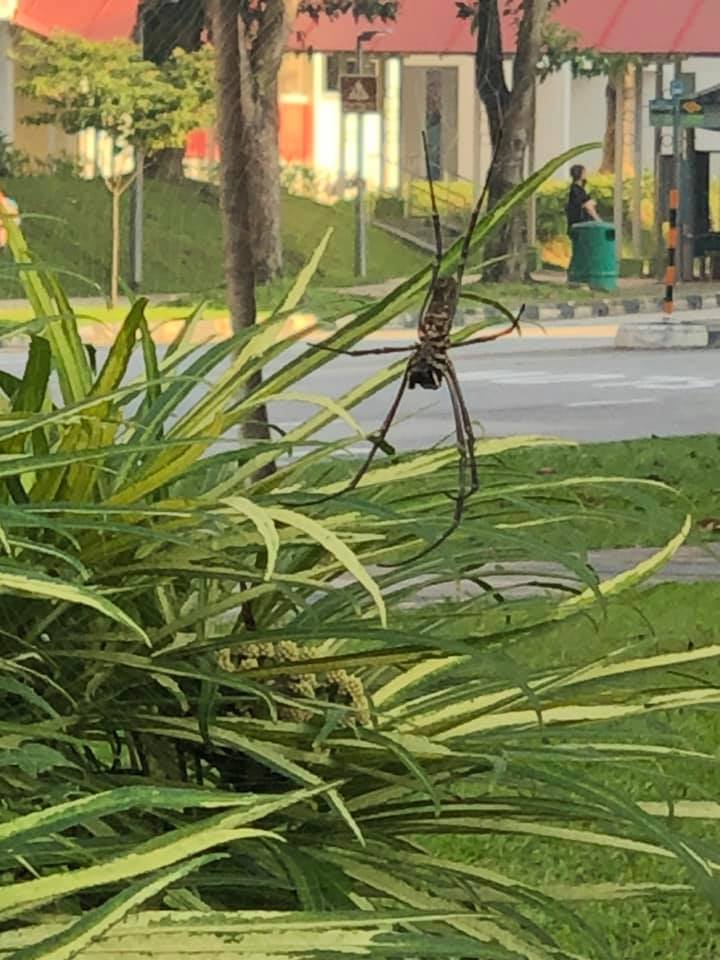 For a size comparison, here’s a photo of it next to a parking gantry machine. 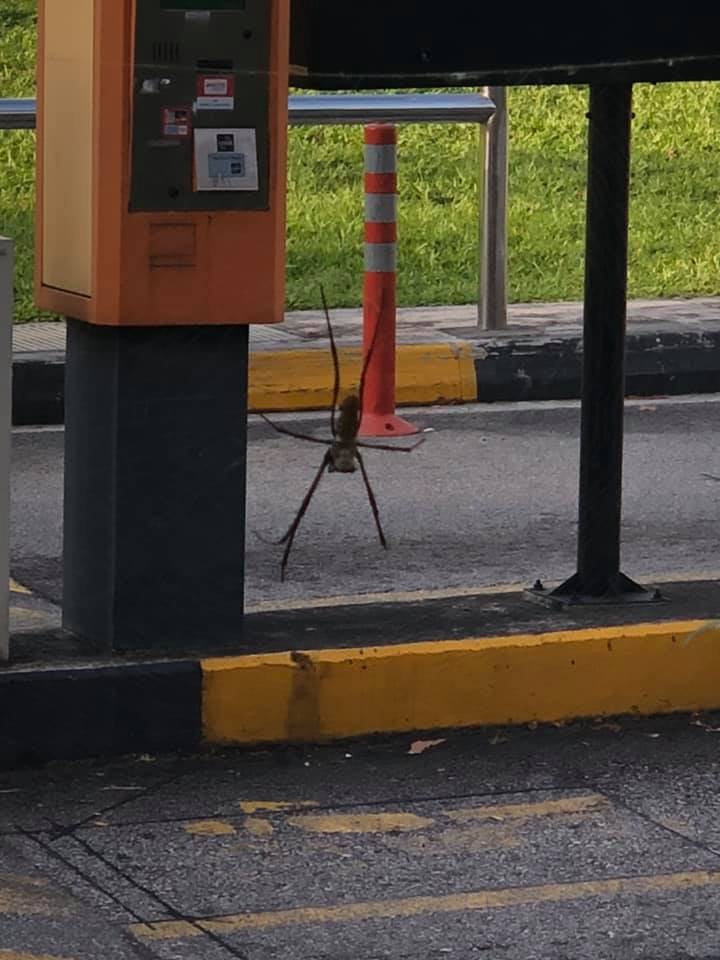 Given its massive size, it’s sure to send chilling shivers down almost everyone’s spine when encountering it.

The giant spider is apparently a golden orb weaver. They are known for the majestic gold and large webs they spin. Besides preying on smaller insects, they also feast on small birds and bats too.

Many netizens chimed in on their harrowing experiences with spiders.

This user mentioned that she once encountered the species at an overhead bridge in the east.

Hence, she doesn’t use that particular overhead bridge anymore.

After walking face-first into its web in Tekong, this user confirmed that the spider webs they weave are indeed extremely yellow and huge. The spider ended up landing on his shoulders.

According to this user, the golden orb weaver is a great arachnid to keep around in Singapore. Their webs are especially useful in catching mosquitoes.

Avoid getting close to them

While they aren’t poisonous, their bites can still sting if severely provoked.

Staying away from them should be easy given their large and yellow identifiable webs and if not, their massive size.

Above all else, if the golden orb weaver is able to get rid of pesky mosquitoes in our society, we can safely say they’ve paid their taxes to reside among us.