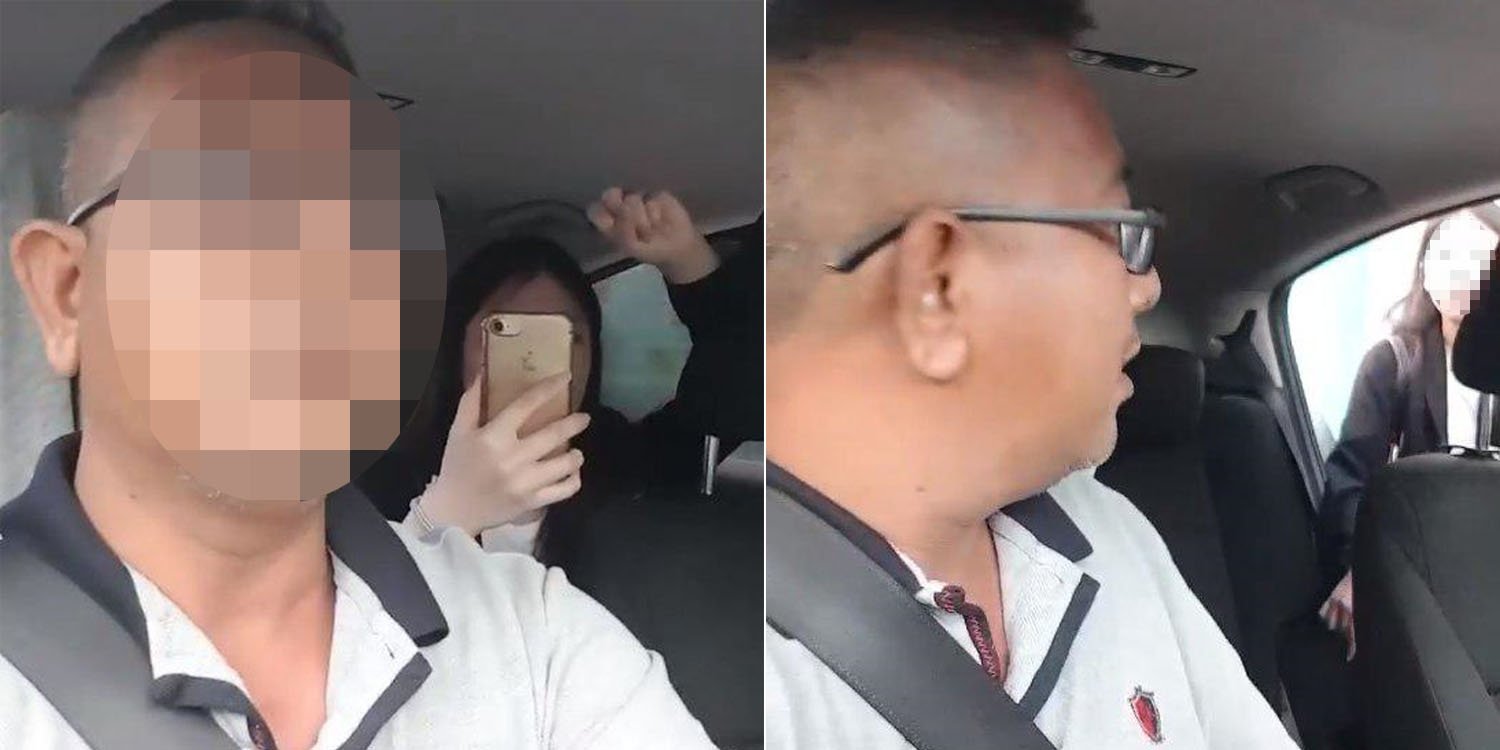 Kudos to the driver for keeping calm.

We’re all familiar with passengers complaining about inconsiderate drivers on ride hailing apps.

But what happens when the usual story takes a different perspective?

A GoJek driver had to deal with an unruly passenger early one January morning and what went down might just trump all the other stories you’ve heard.

The driver, Mr Kamaruzzaman, had picked up his passenger at 7.01am from block 251 Bishan Street 22.

The female passenger was heading towards 1 Coleman Street which is close to National Gallery and Supreme Court, but wanted to avoid ERP charges.

The dashcam video begins with the two arguing about the route to her destination. You can watch in full here, but we’ll summarise it after the jump.

What route to take?

Mr Kamaruzzaman had allegedly asked her what route he should take, but she couldn’t tell him because she didn’t know.

That’s why I tell you, you give me the way. I follow your way. But you yourself don’t know the way.

He was about to add that she travelled to the same place everyday yet still didn’t know her way there, before he was interrupted.

The lady defended herself, accusing the driver who should know the roads better of trying to make her pay more.

I think that you know the way, but because you know I’m a layperson, you know that I don’t know the road.

She cited the example of other drivers who would usually ask if she would prefer to take the faster route with ERP, or a longer route without extra charges.

Which is kind of ironic, since the driver did mention a few seconds before that he had asked her about her preferred route.

Perhaps to mediate the rising tension, Mr Kamaruzzaman offered to bring the lady to a police station so they could each file a police report.

On the way there, the lady remained quiet, seemingly occupied with checking her phone. 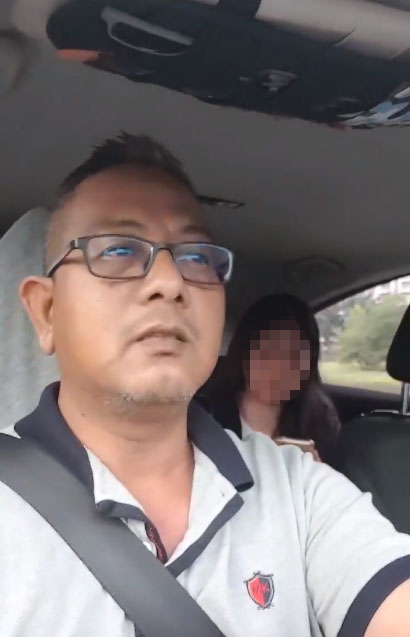 Mr Kamaruzzaman took the opportunity to make some sarcastic remarks.

You should take bus, cheaper. Not even $5 can reach there already.

He added that he would make a report with the police and the Land Transport Authority (LTA), and that he had no problem if she wanted to do the same.

The woman is then seen moving to hide behind his seat to avoid being recorded further. 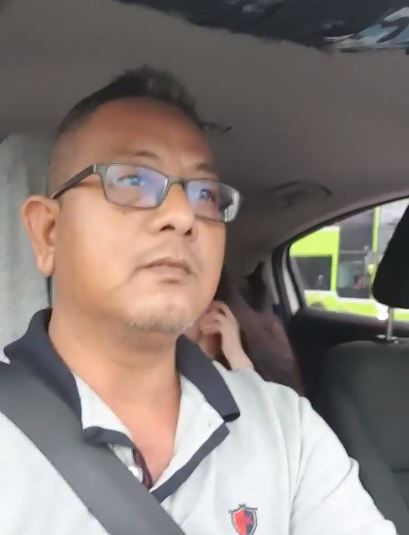 She is heard making a call, claiming that Mr Kamaruzzaman was “rogue and dangerous”.

Unknown caller tries to step in

It is unclear who the call was made to, but the female voice on the other end sounded rather stern and persistent.

She warned Mr Kamaruzzaman that she had the passenger’s location on lock, and could easily trace him if need be.

She echoed the passenger’s complaint about being put in a dangerous situation, saying the driver had “no right to hold her hostage”.

Mr Kamaruzzaman refused to discuss with the unknown caller and continued driving till they arrived at what he assumed to be a police post.

Passing policeman gets stuck in the crossfire

The moment he turned in and stopped to ask for directions, the female passenger rolled down her window to talk to a policeman passing by.

She spoke over Mr Kamaruzzaman, repeatedly asking for help. 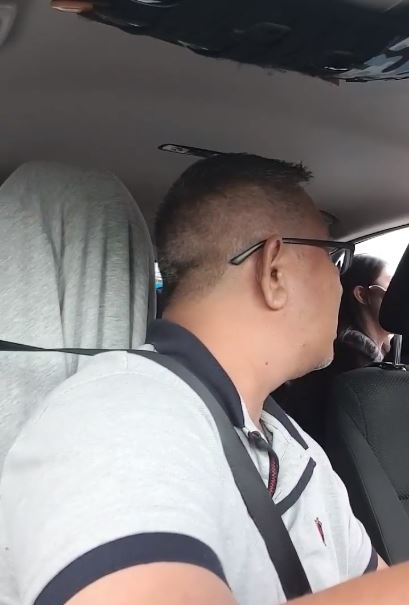 Fortunately, the policeman wasn’t one to jump to conclusions and asked the pair to explain their situation calmly.

Mr Kamaruzzaman explained everything briefly in Malay, that:

The passenger requested for the policeman to get help, but was told the place wasn’t a police station.

The officer then directed Mr Kamaruzzaman to the nearest neighbourhood police centre at Toa Payoh Lorong 3.

Just as he was about to drive off, the lady frantically tried to open the car door and started screaming upon realising it was locked.

She shouted that she was being held hostage again, but the driver and policeman explained that the car was on auto-lock. 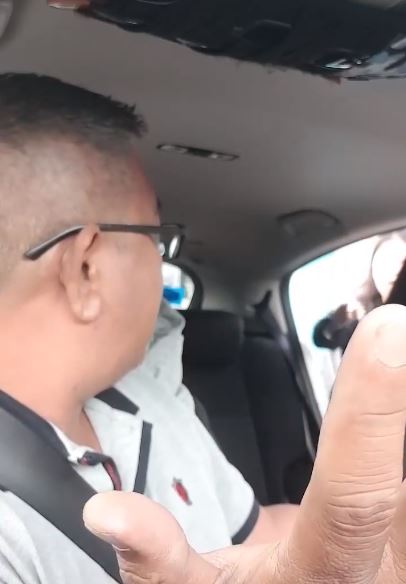 She got upset when the two men denied her accusations and implied that they were racially profiling her.

Is it because I’m Chinese?

In a comment to the post, Mr Kamaruzzaman said that he managed to arrive at an AETOS station.

Once there, the lady allegedly hailed a taxi and tried to escape, refusing to give a Cisco officer her details.

Mr Kamaruzzaman was advised to make a report and await further assistance.

Such an unpleasant encounter between Singaporeans regardless of race is an unfortunate incident.

But we applaud Mr Kamaruzzaman and the police officer for handling the situation calmly.

We hope that both parties will be able to resolve the matter amicably without any further disagreements.