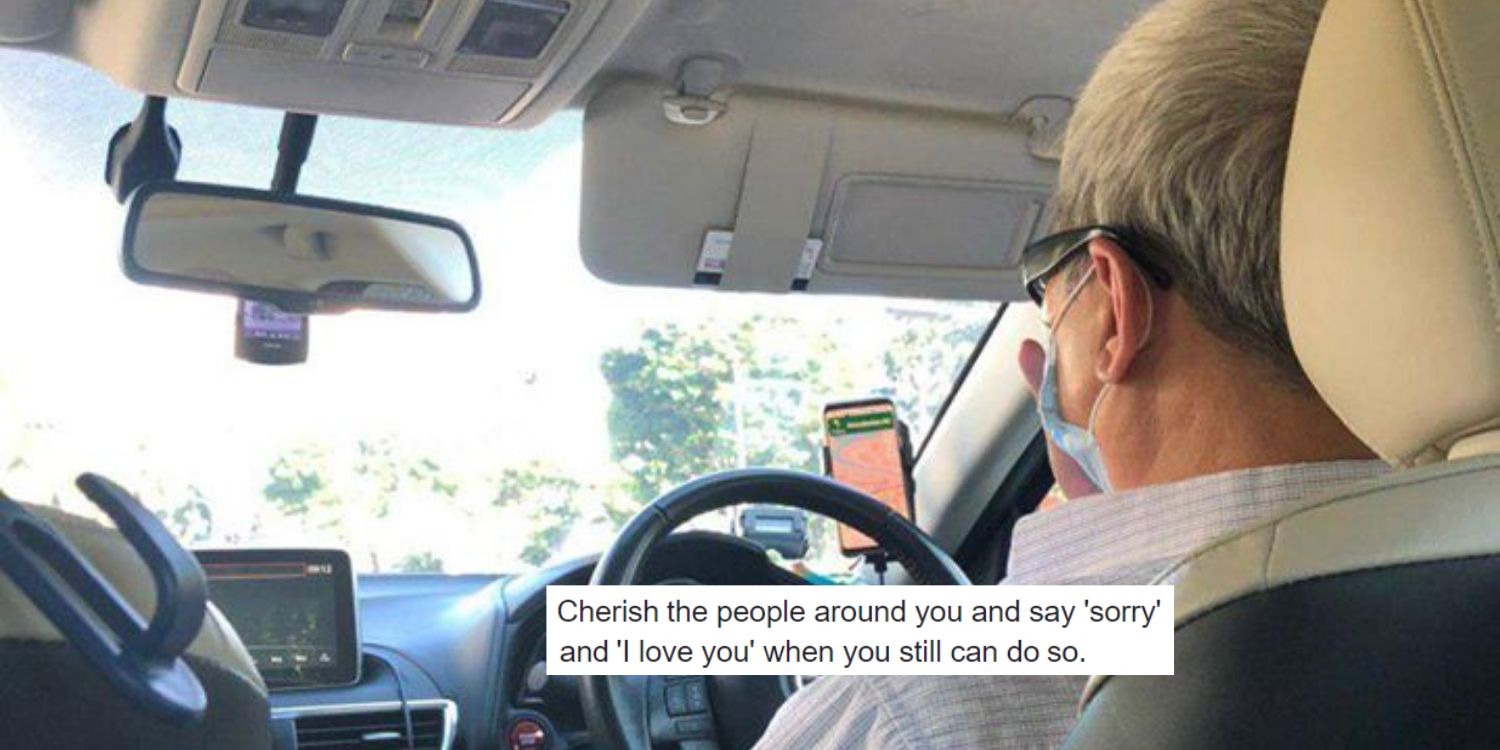 We never know how long we have.

Grab Driver Tells Passenger To Cherish Life & Loved Ones, Sharing His Experience Of Losing His Wife

There are 2 types of Grab rides, the quiet kind, and the not so quiet kind. Depending on the content, chatty drivers may tempt us into giving them a less than stellar rating.

However, sometimes we stumble upon treasures, that make us wish we can give more than just 5-stars.

One Grab rider, Ms Lim, found herself having a touching and unforgettable chat with her driver. Despite the brief encounter, the driver left a deep impression on her – one that she will carry for the rest of her life. 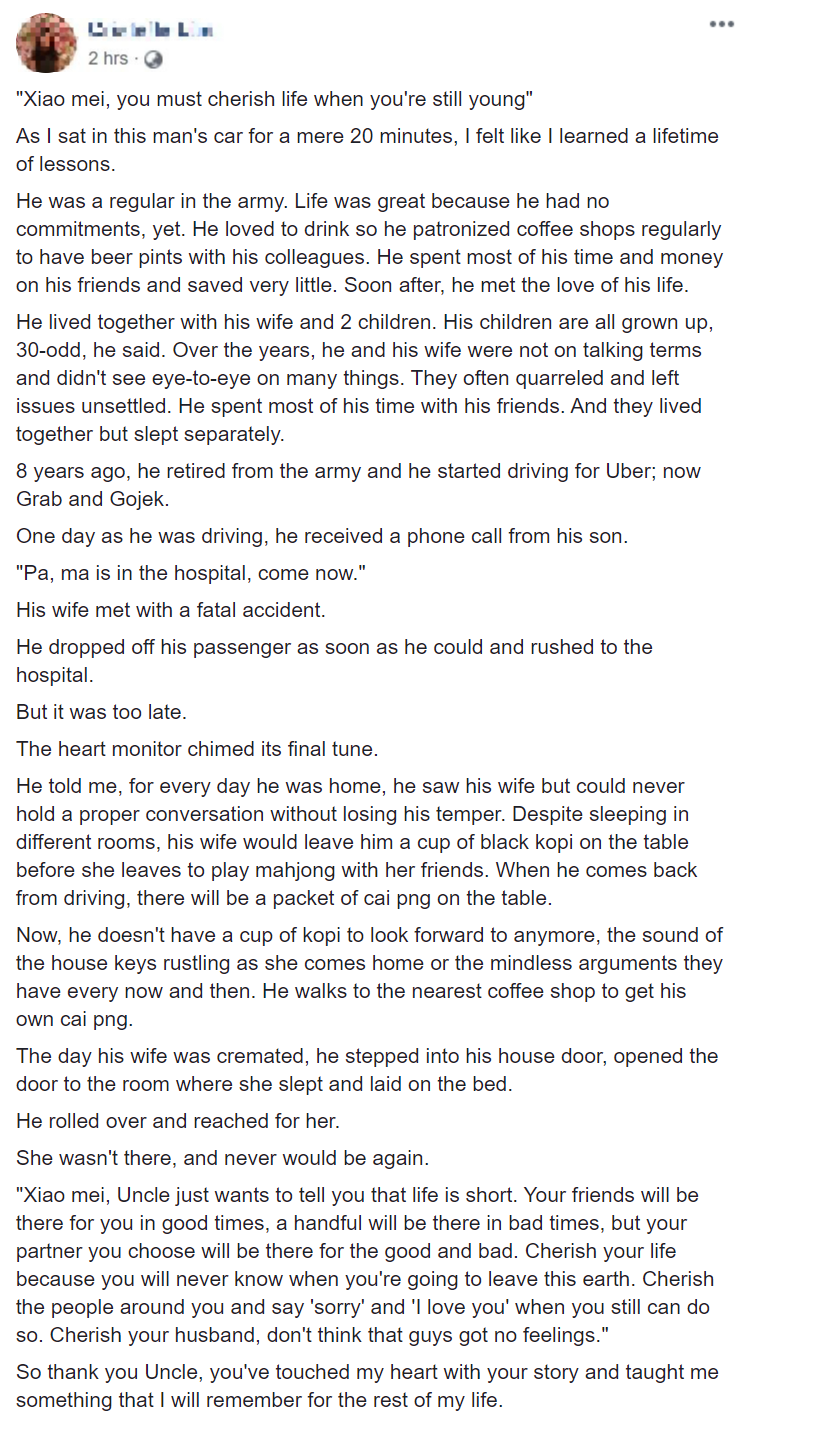 Driver was not on talking terms with his wife

In his younger days, the driver was an Army regular who enjoyed drinking and spending time with his friends. He then met the love of his life, and made her his wife.

Although they lived together and had 2 children, they started to not be on talking terms over the years. Unable to agree on many things, they often argued and left issues unsettled.

It got to the point where they slept in separate rooms, even though they lived together.

Wife passed away in an accident

One day, as he was driving a passenger around, the driver suddenly received a call.

It was his son, telling him that his wife was in the hospital, and asking him to “come now.”

He rushed to drop his passenger off, but according to Ms Lim, it was too late.

No more kopi or arguments

The driver shared with Ms Lim that despite sleeping separately, his wife would always leave a cup of black kopi for him before she left for her mahjong session. And when he returned home after driving, there was always a packet of cai png on the table.

Since his wife passed, he no longer has the cup of kopi to look forward to. The jingle of keys that indicated his wife was home, or the arguments they had all became a thing of the past. He also had to start buying his own meals.

On the day his wife was cremated, he went to lie on her bed, and reached for her.

She wasn’t there, and never would be again.

Imparts some life lessons from his experience

After sharing his story, the driver advised Ms Lim with some takeaways he had from his experience. He told her that life is short, and while friends are there during the good times, it’s her partner that will be there for both the good and bad times.

He also asked her to cherish her life, as she’ll never know when her time is up.

Lastly, he advised her to cherish the people around her, and say ‘sorry’ and ‘I love you’ while she still has the chance to.

He ended off with a lighthearted “Cherish your husband, don’t think that guys got no feelings.”

Living in the moment

Although the sagely wisdom was imparted to Ms Lim, it’s very relevant to all of us, and we should also take note of what he said.

Sad as it may be, nothing lasts forever, so we need to make the best of whatever time we have with our loved ones, and live in the moment.

The last thing we’d want is regrets, so let’s make sure to say what we need to say, and do what we need to do so that people precious to us know exactly how we feel about them.

Disclaimer: Ms Lim has clarified that the photo of the uncle accompanying her Facebook post is simply a representation of her anecdote.