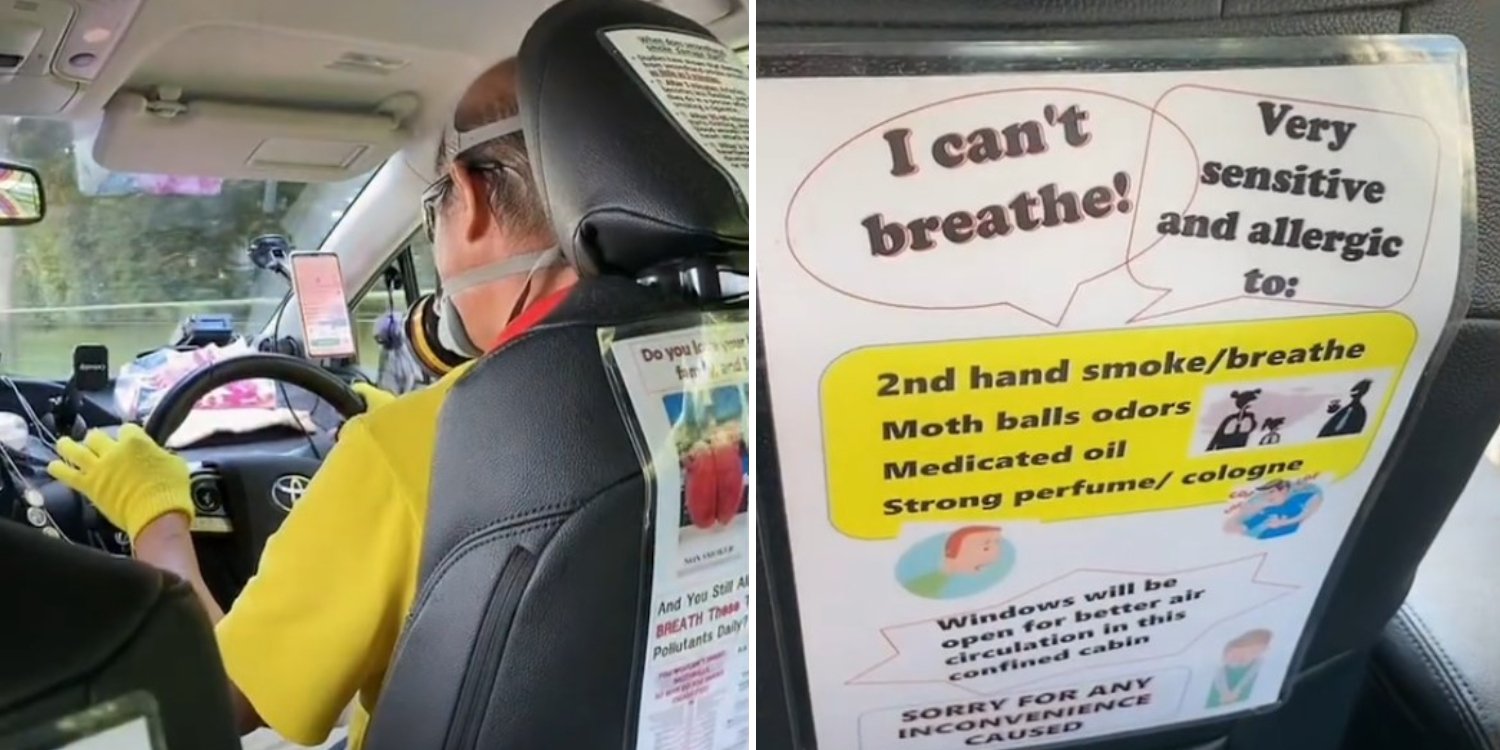 Many empathised with the taxi driver.

In recent years, smoking has been an especially controversial issue as some segments of society pushed for it to be banned in more places.

Of course, this is good news for those who don’t want to experience the adverse effects of secondhand smoke, especially if they have breathing difficulties.

That was what one TikTok user learned when she hopped onto her Grab ride and noticed that the driver was wearing a respirator — he apparently had breathing issues.

He even put up signs to discourage smoking, listing the adverse side effects that cigarettes might cause.

On Monday (27 Jun), TikToker user @tofububblez shared a video of herself on a Grab ride, with signs plastered all over the front seats.

As she panned the camera over to the driver, he could be seen wearing a respirator and gloves. Viewers soon learned the reasons behind the unusual signages — the driver apparently has breathing difficulties. According to the signs, the driver is apparently very sensitive and allergic to a number of smells and substances:

Because of this, the windows will be open for better circulation, said the sign.

The driver also apologised in advance for any inconvenience caused.

Put up signs to discourage smoking

Apart from signages that explain his own preferences, there were also other signs that discouraged others from smoking.

On one sign, he listed the health risks that smoking poses to others. 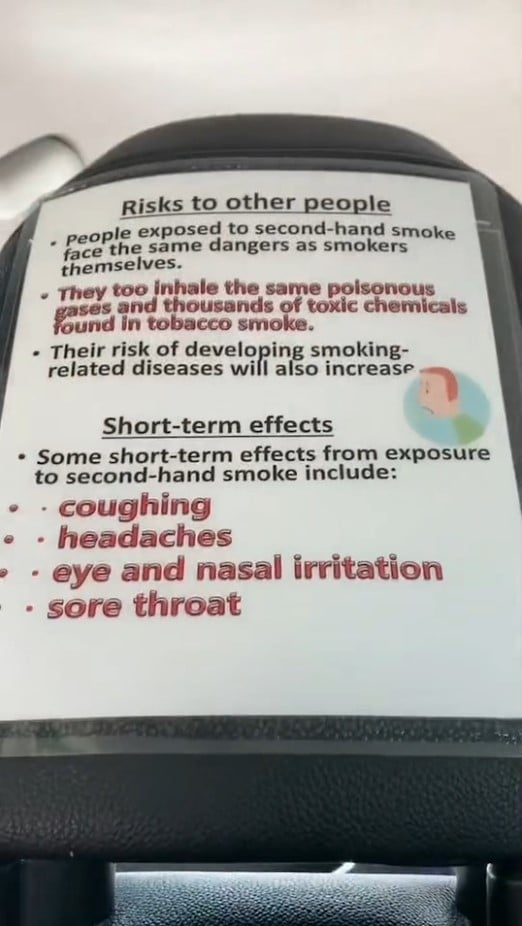 On another sign, the words “Do you love your loved one, family, and friends?” were displayed. In her caption, the TikTok user wrote ‘Thank you uncle’. She later took to the comment section to clarify that the uncle was very nice.

The OP added that the smoke smell probably made his breathing issues worse, hence the signs.

Netizens empathise with him

At the time of writing, the video has garnered over 111,0000 views on TikTok.

Some netizens were both tickled and amazed by how the taxi driver seemed to be running an anti-smoking campaign while fetching customers between places.

Another netizen even shared that she encountered the same driver before and said she felt bad at the time as she was wearing strong perfume and that the uncle had to pop the windows open.

Other netizens empathised with the taxi driver, saying they felt bad for him as he tries his best to work despite his allergies.

Be more considerate towards drivers

Grab drivers spend long hours behind the wheel — the uncle’s health issues must make an already-challenging job all the more tiring.

Regardless of whether you agree with his views, it’s easy to sympathise with him.

We hope others will be inspired to put themselves in the shoes of their drivers and will be considerate the next time they book a ride.