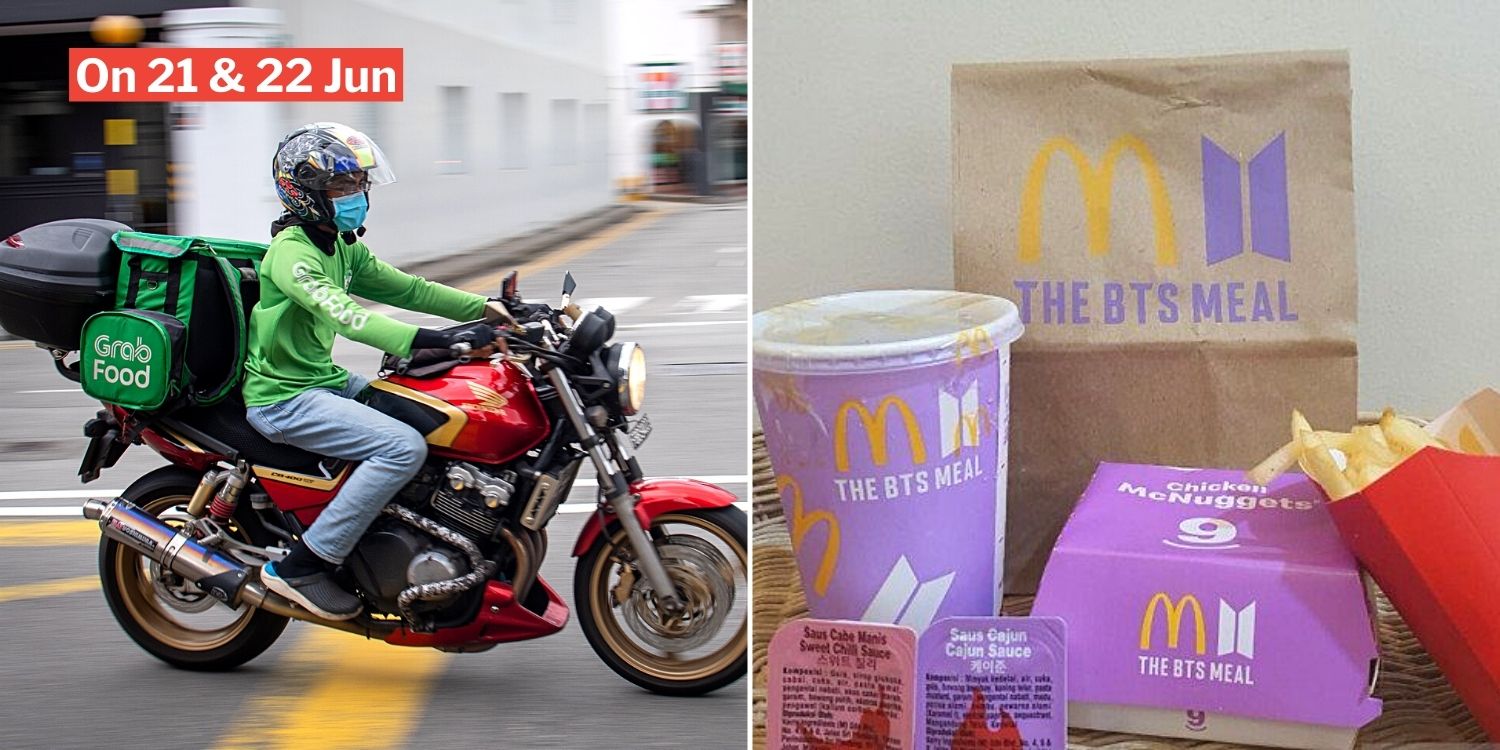 The BTS meal bundle will finally launch on 21 Jun.

South Korean pop group BTS has been setting the music world on fire, and they have their legion of fans or the ARMY to thank for that. Now they may be conquering the fast-food realm too, with their upcoming McDonald’s meal release. 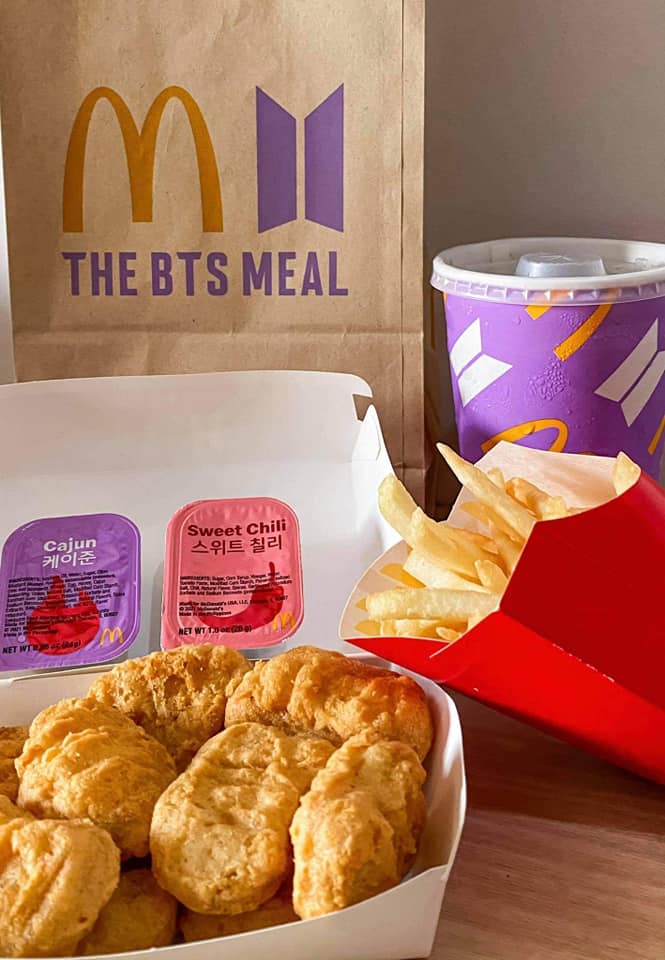 Perhaps in anticipation of the overwhelming orders, Grab is reportedly offering its delivery partners a monetary incentive.

When McDonald’s first announced its BTS collaboration, ARMYs in the respective countries were understandably enthusiastic.

Over in Indonesia, reports even surfaced of outlets having to close down due to excessive orders. Viral photos showed delivery riders crowding McDonald’s branches, trying to get their customers’ orders.

Likely wary of a similar situation happening here, it seems like Grab Singapore is preparing some precautionary measures.

On Tuesday (15 Jun), a Facebook user shared the following screenshot in a GrabFood Delivery Rider group. 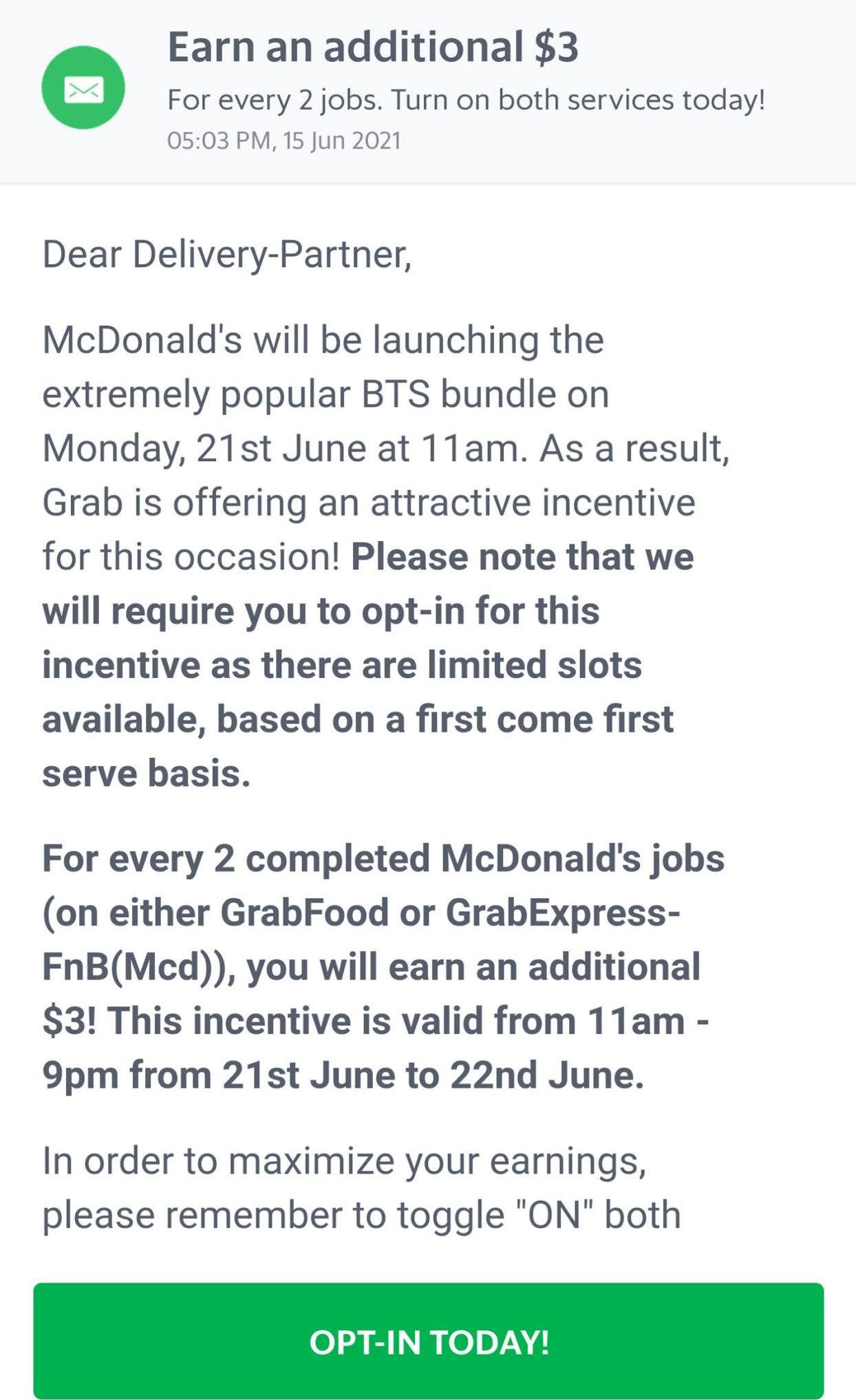 The notification starts by mentioning that the ‘extremely popular’ McDonald’s bundle will be launching on 21 Jun at 11 am. McDonald’s released a statement on Facebook today (16 Jun) that the meal is available for delivery only, and not in-store or at drive-thrus.

In light of that, Grab is offering its delivery partners a monetary incentive. For 2 McDonald’s deliveries they make, they’ll earn an extra $3.

They can only stand to get the incentive between 11am-9pm on 21 and 22 Jun, on a first-come-first-serve basis.

It apparently extends to GrabExpress delivery partners too, and not just GrabFood.

On the surface, this incentive may look good as it means additional income for the food delivery partners. 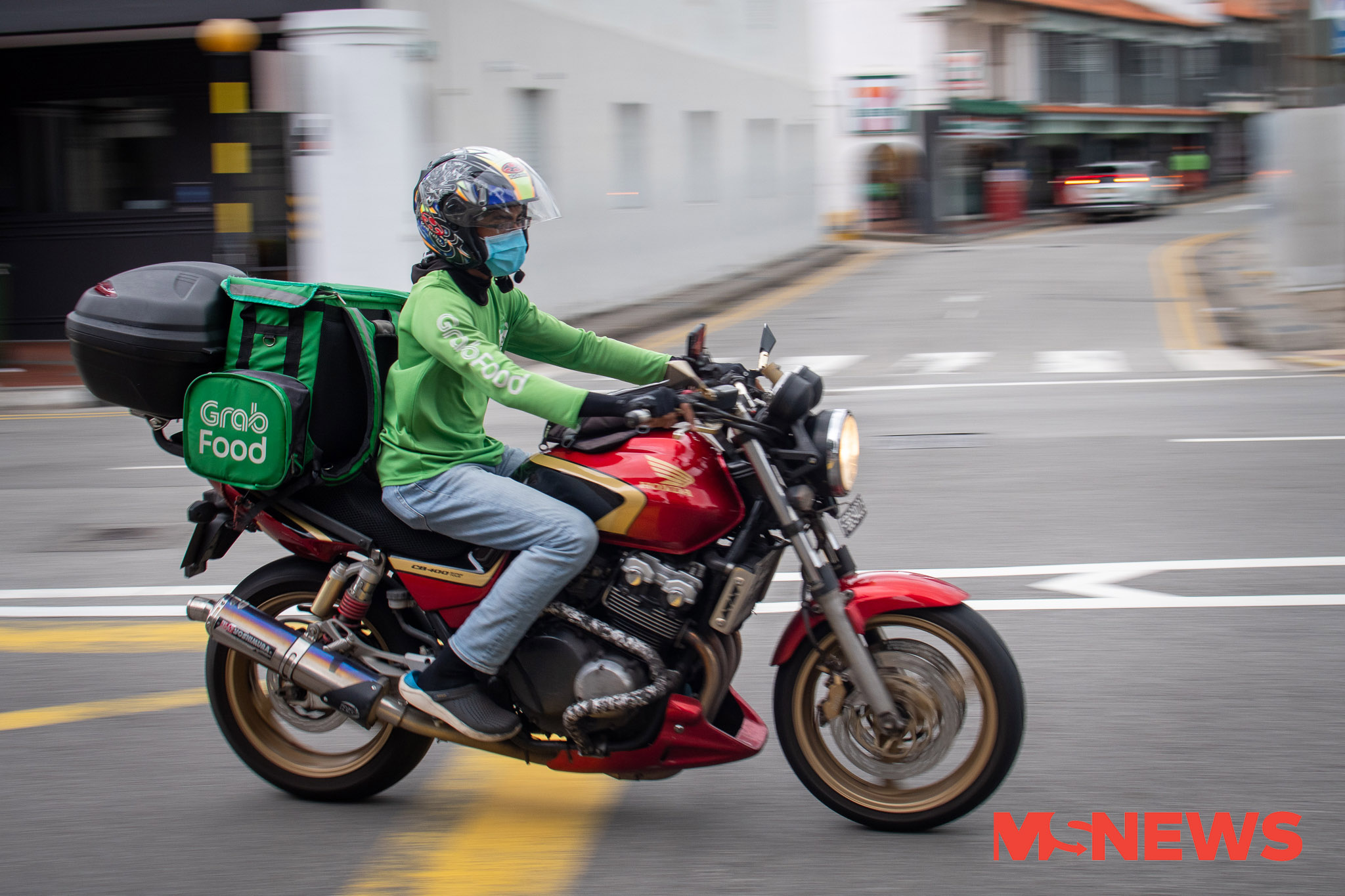 However, many noted that Grab likely introduced it to compensate for the possible extra waiting time riders will have to endure to get the BTS meal orders.

Hence, while the extra money may appear attractive, some would rather spend the time fulfilling other orders instead.

MS News has reached out to Grab for more details and will update the article accordingly.

As long as BTS meal orders are fulfilled safely

While ARMYs are chomping at the bits to get their hands on the BTS meal and counting down to the launch date, Grab drivers islandwide may have also marked their calendars for other reasons.

If the impending fanfare is anything like what it has been in neighbouring countries, they should be prepared for similarly enthusiastic demands here.

At the end of the day, all we hope for is everyone to achieve their objectives safely — ARMYs with their long-awaited BTS meals, and delivery partners that little bit of extra income.