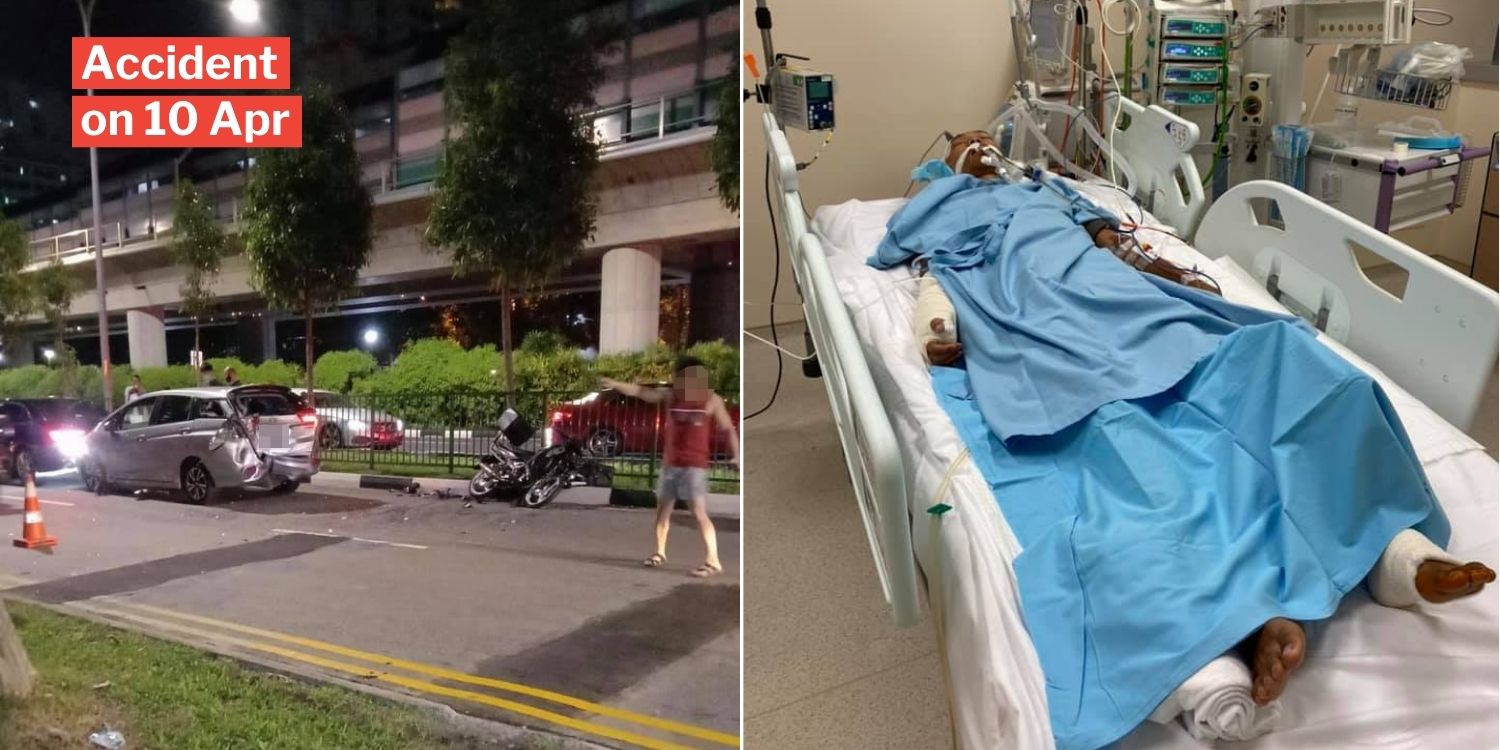 The dangers of driving on the road are real, especially for folks like GrabFood riders who spend a lot of time on it. Unfortunately for one such rider, this ended up in an accident on 10 Apr, which eventually cost him over $100,000 in hospital bills. The son of a single father, his family needs help to cover the mounting costs as he continues his recovery journey.

Hoping to appeal to the public’s goodwill, the rider’s elder brother took to Facebook in search of kind donations.

Accident on 10 Apr lands GrabFood rider in the ICU

According to him, his brother Mohammed Ali had been involved in a major accident on 10 Apr along Toh Guan Road, towards Bukit Batok.

The incident which occurred around 8.36pm that night left Ali with multiple injuries. The extent of his injuries apparently landed him in the Intensive Care Unit (ICU) for 10 days, 7 of which he spent in a coma.

Explaining his brother’s injuries, Elfy listed them as follows:

Among the many surgeries Ali had to undergo, the one on his brain was most critical as it was life-threatening.

Despite the risk, the family had to make a snap decision as the doctors reportedly said that Ali wouldn’t have been able to make it otherwise.

And so they proceeded, removing part of Ali’s skull to clear the blood clots in his brain and save his life. Thankfully, he survived, and woke up on his 8th day in the ICU. But other concerns soon beset the family, as hospital bills ostensibly soared to $100,000.

With the doctor’s recommendation for Ali to get an artificial skull which costs between $15,000 and $30,000, the bills will keep increasing.

An ITE graduate awaiting his National Service (NS) enlistment, Ali had taken up various jobs to support himself and his family.

After doing food deliveries on a bicycle, he moved on to a motorcyle, having obtained his license and a bike of his own. 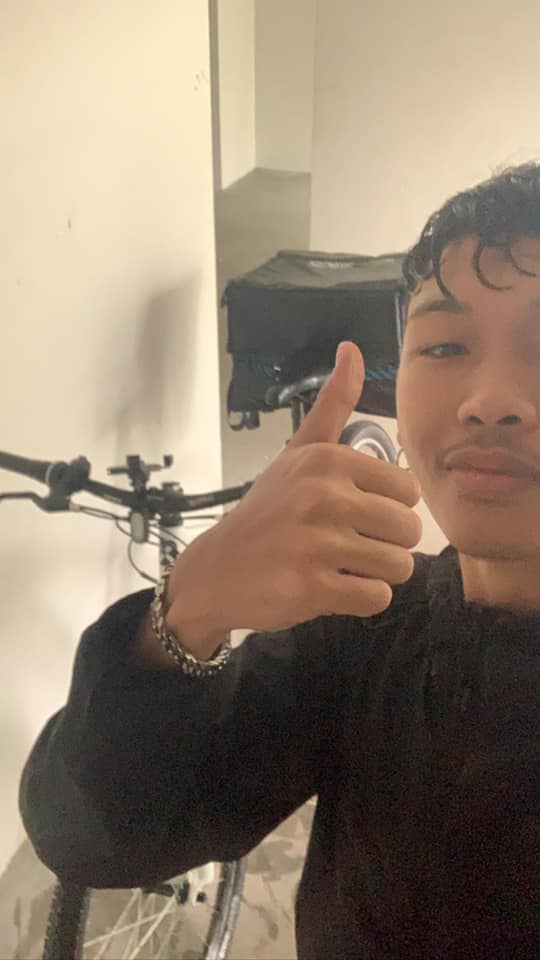 He took the initiative to do all this as his father, Mr Hadi, had been in and out of hospital following a stroke.

Since the stroke affected him mentally and physically, Mr Hadi became unfit for work, and eventually lost his job. He has been struggling to find work since.

Without a steady source of income, and with Ali now in hospital, the family needs all the help they can get.

Keen donors may contribute via PayNow or bank transfer to the numbers in Elfy’s Facebook post here.

As the accident and surgeries have affected his appearance and mobility, Elfy said that doctors have observed Ali showing signs of depression.

Recovery will likely be a long road for him, but we’re glad that he has his family by his side.

We pray that Mohammed Ali makes a smooth recovery, and that his family receives the assistance they need.