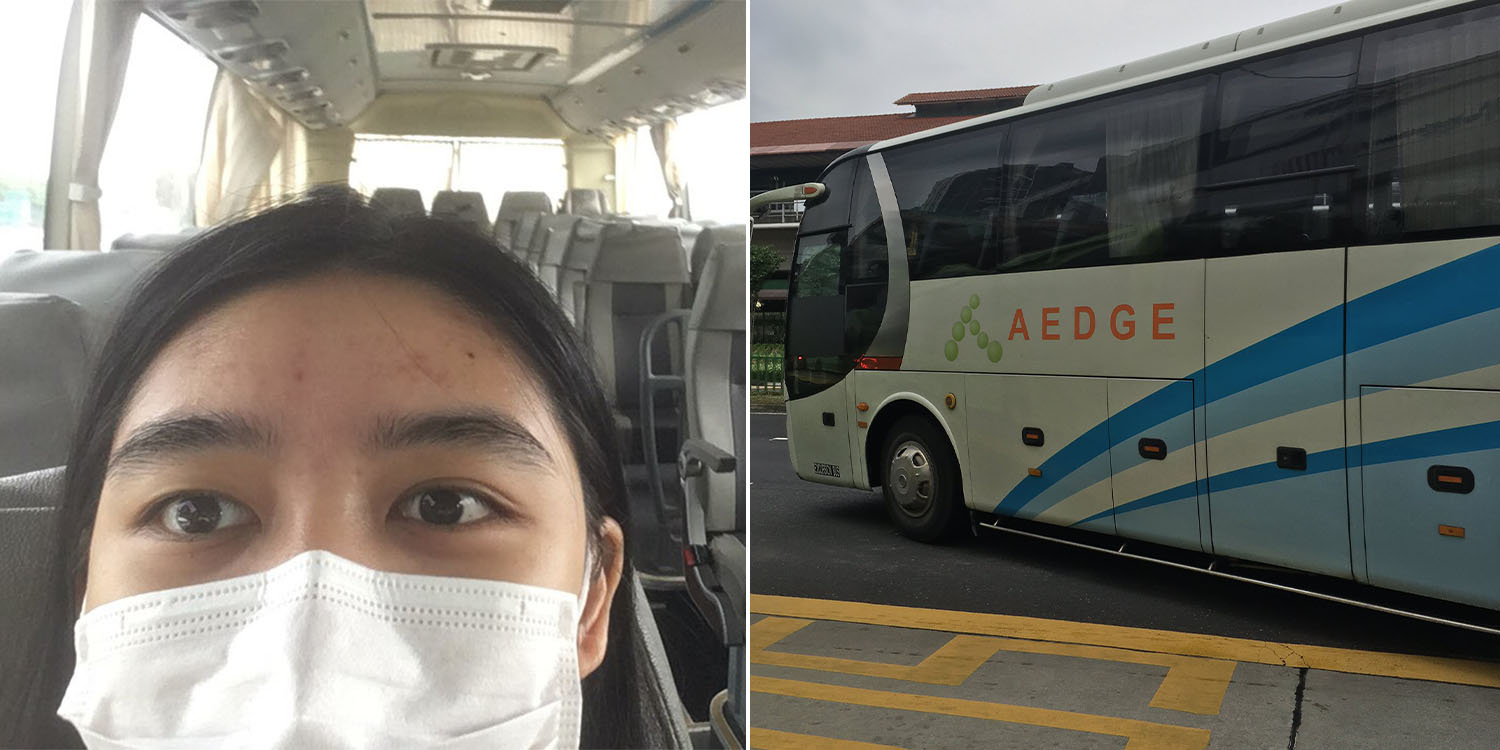 This Singaporean, however, got the surprise of her life when her GrabHitch ride came in the form of an excursion bus.

And she was the only passenger.

Luckily, the driver was really nice and they conversed for most of the trip.

It seems the driver had sent his car to the workshop.

GrabHitch ride arrives in a bus

On 29 Oct, the netizen shared that she’d booked a GrabHitch as she was feeling unwell. 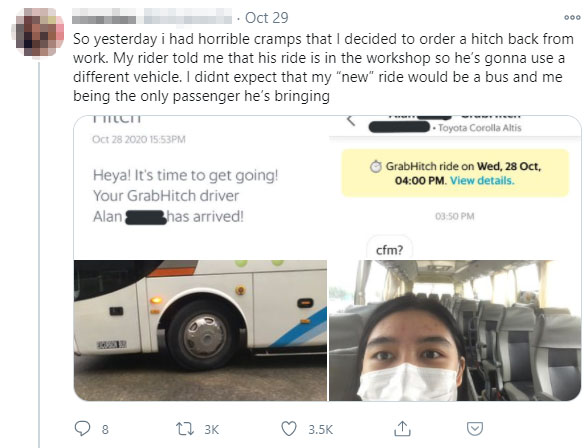 The text exchange with her driver was a little out of the ordinary — he claimed that his car was at the workshop and he’d arrive in another vehicle. But “out of the ordinary” is a bit of an understatement. Because this is what arrived to pick the netizen up: 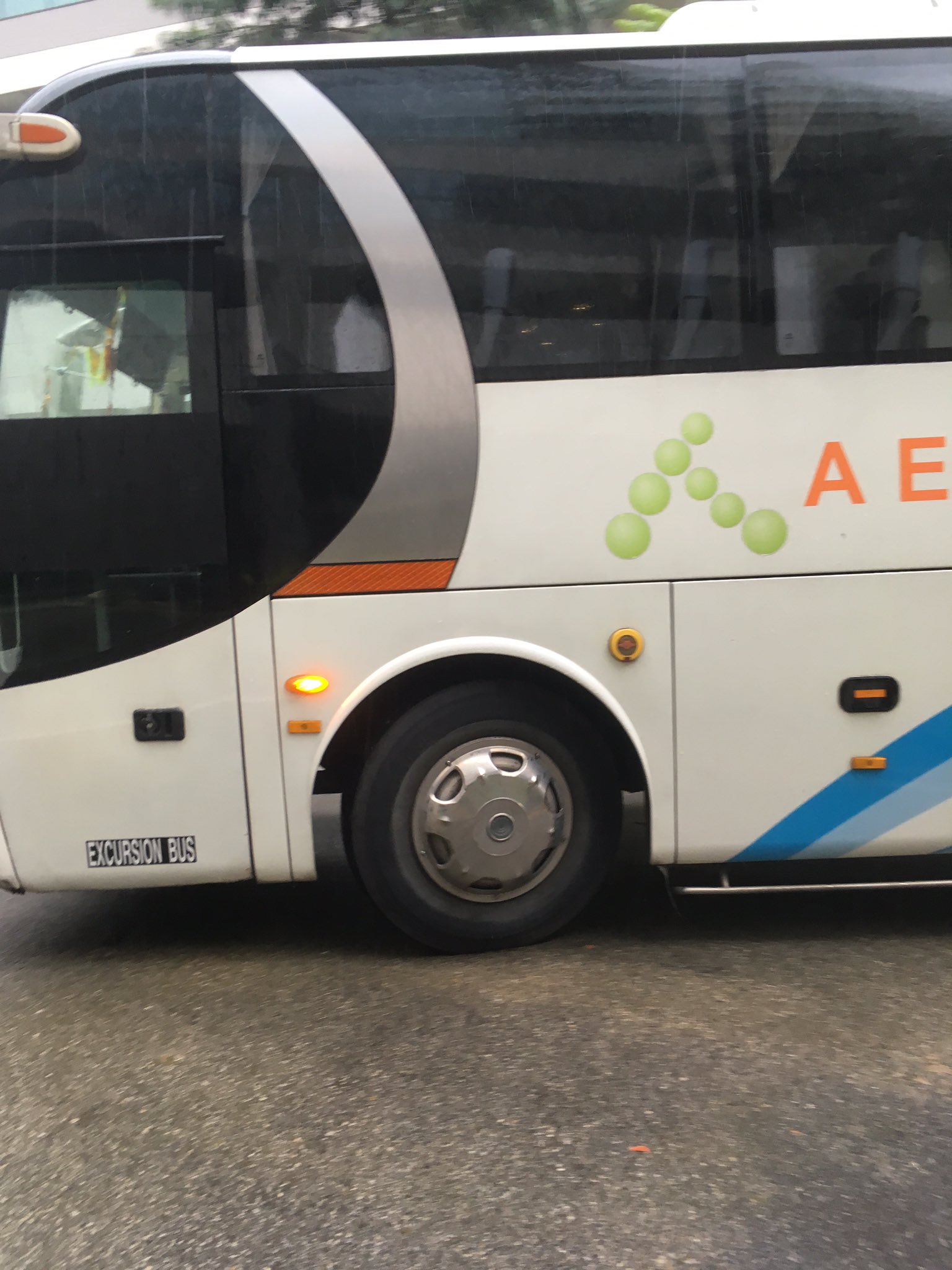 With no other passengers in it. 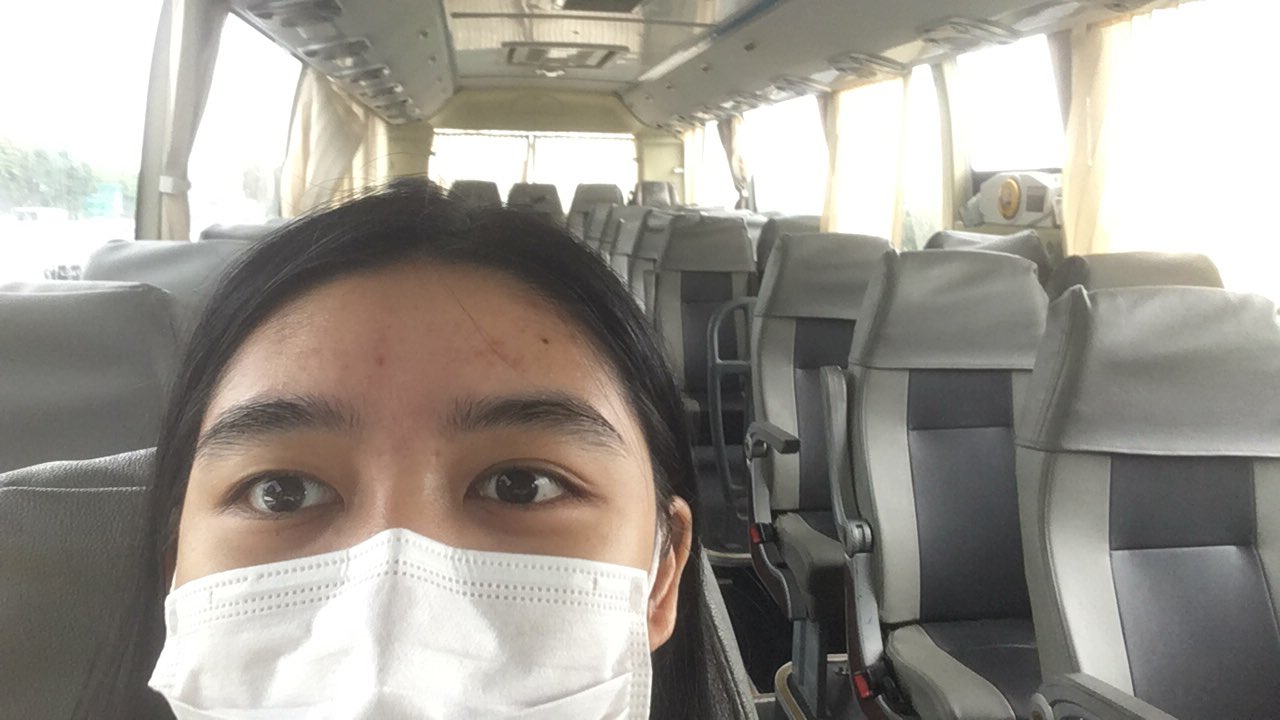 This was definitely a different kind of GrabHitch.

Despite the unexpected choice of vehicle that arrived to pick her up, the netizen noted that the driver was “really nice” and that they talked through most of the ride.

The bus definitely could’ve fitted a few more passengers too.

Doesn’t want driver to get into trouble

She also doesn’t want anyone to “draw unnecessary intentions”.

Either way, this is one ride that the netizen is unlikely to forget.

What’s the most unconventional vehicle you’ve ever ridden on for a hitch service? Let us know in the comments.