Must Share News – Independent News For Singaporeans
Home People Community Woman Looks For S’porean Father After 25 Years, Her Mum Has Only... While many of us get to grow up showered with love from both parents, not everyone is as lucky.

For 25-year-old Rachelle Janelle Flaviano, who currently lives in the Philippines, she’s gone through a quarter of a lifetime without a father by her side.

As such, a friend of hers has taken to Facebook asking for help to locate her long-lost Singaporean father. 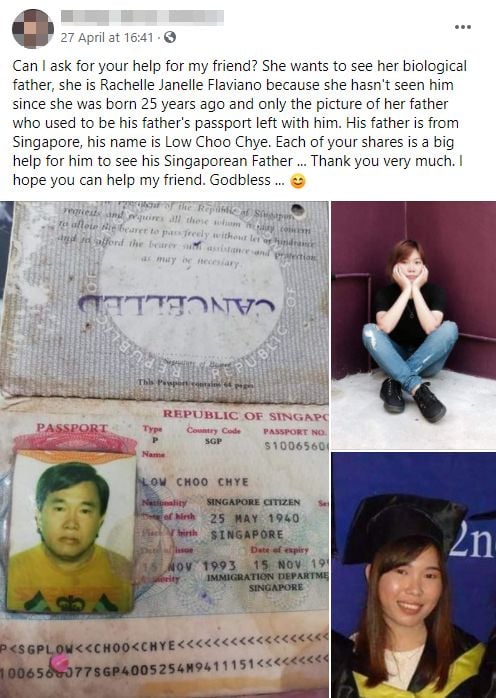 Ms Rachelle hasn’t seen her biological father, Mr Low Choo Chye, since 25 years ago when she was born.

The only photo of Mr Low that she has is one from his old passport. With the year of birth being 1940, Mr Low will turn 81 on 25 May this year. 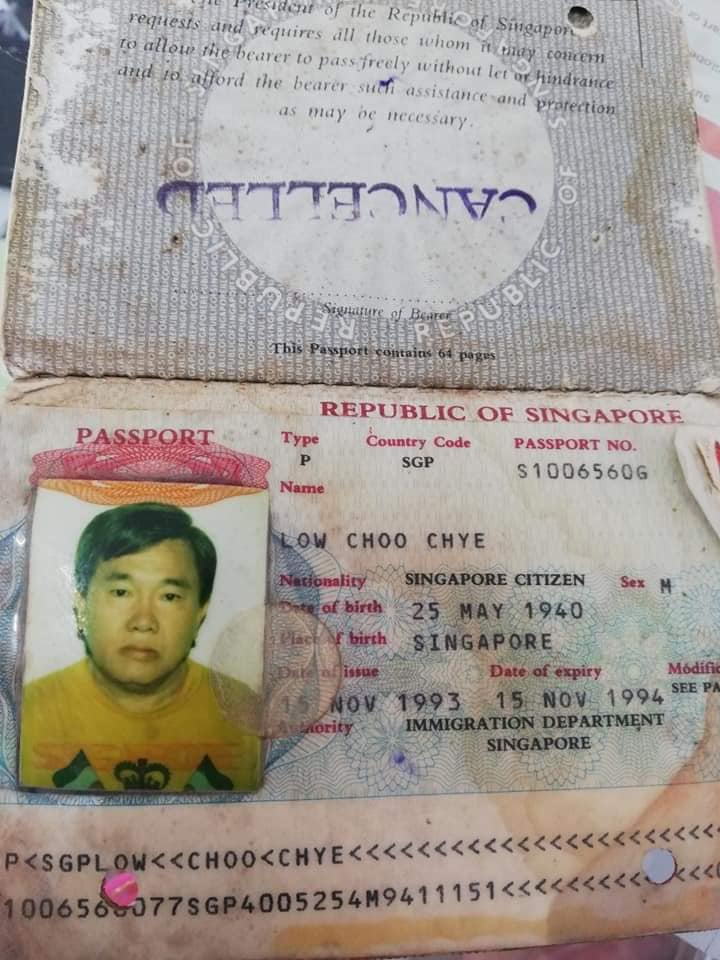 This effectively means that Mr Low is 56 years apart from his biological daughter, which is no wonder considering he only met Ms Rachelle’s mother in his 50s. 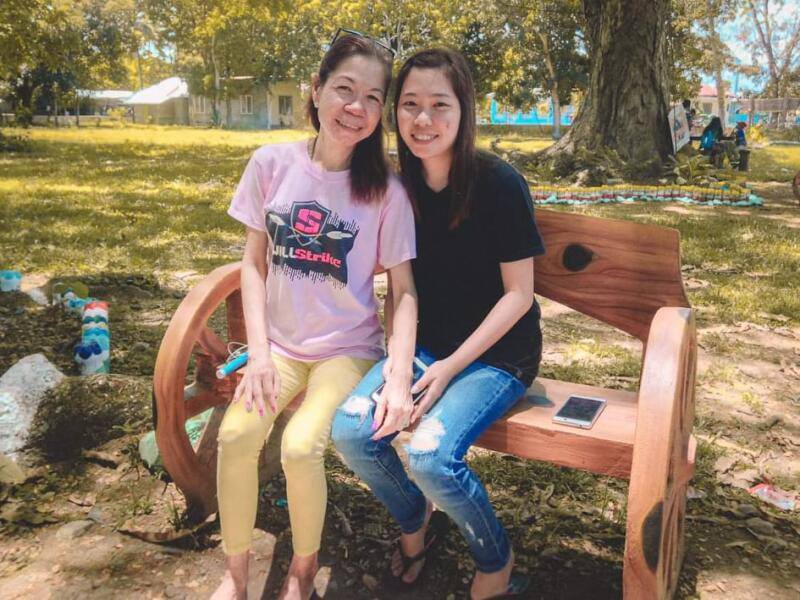 Ms Rachelle’s mother, Ms Janet Flaviano, came from the Philippines to Singapore to work as a domestic helper when she was 28, reports Shin Min Daily News.

She then met Mr Low in Singapore, fell in love, and the pair returned together to the Philippines afterwards.

However, their May-December romance ended in disputes, causing the 2 to split up as Ms Flaviano got pregnant out of wedlock.

All Ms Flaviano reportedly had of Mr Low was his email address, which she tried sending messages to but didn’t get any response.

Currently living in Aklan, the Philippines, the 25-year-old graphic designer longs to see her father for the first time. 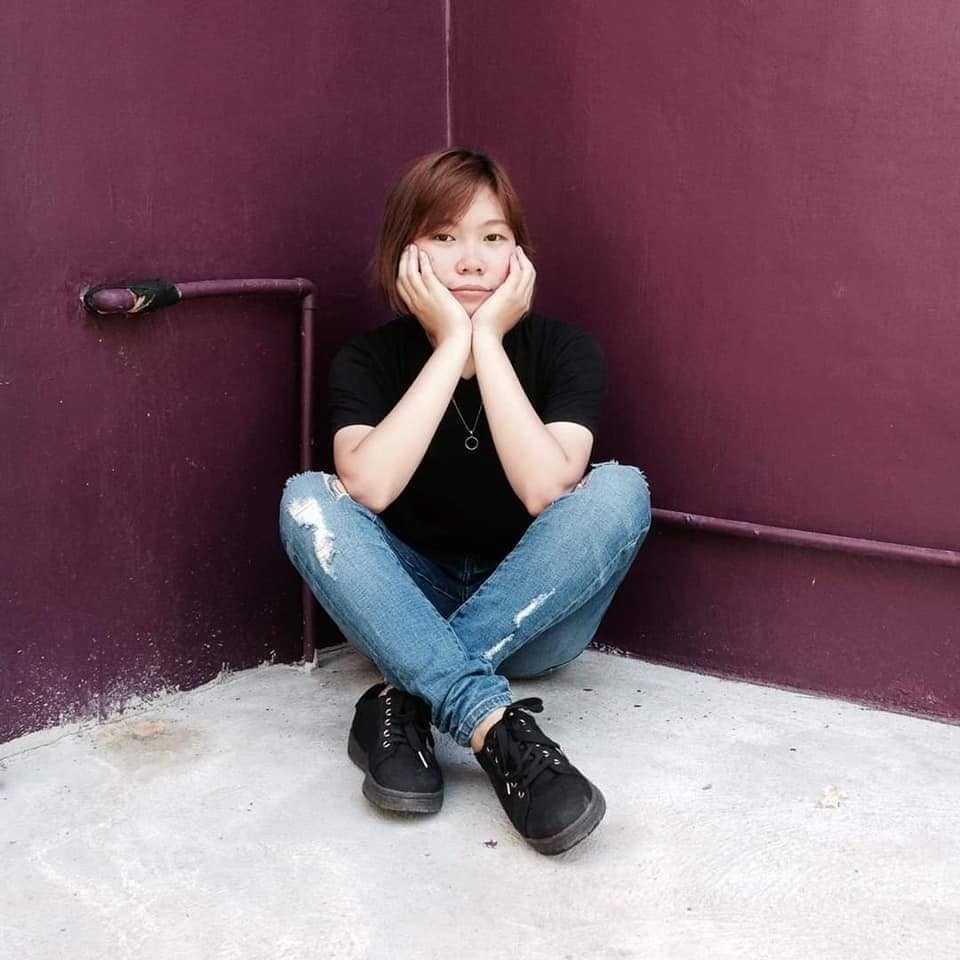 For many of us, it’s difficult to even imagine what’s it like leading a life without ever knowing one’s father.

As such, if you have any useful information on the whereabouts of Mr Low Choo Chye, please reply to the post.

We hope that Ms Rachelle can successfully locate and reunite with her long-lost father.