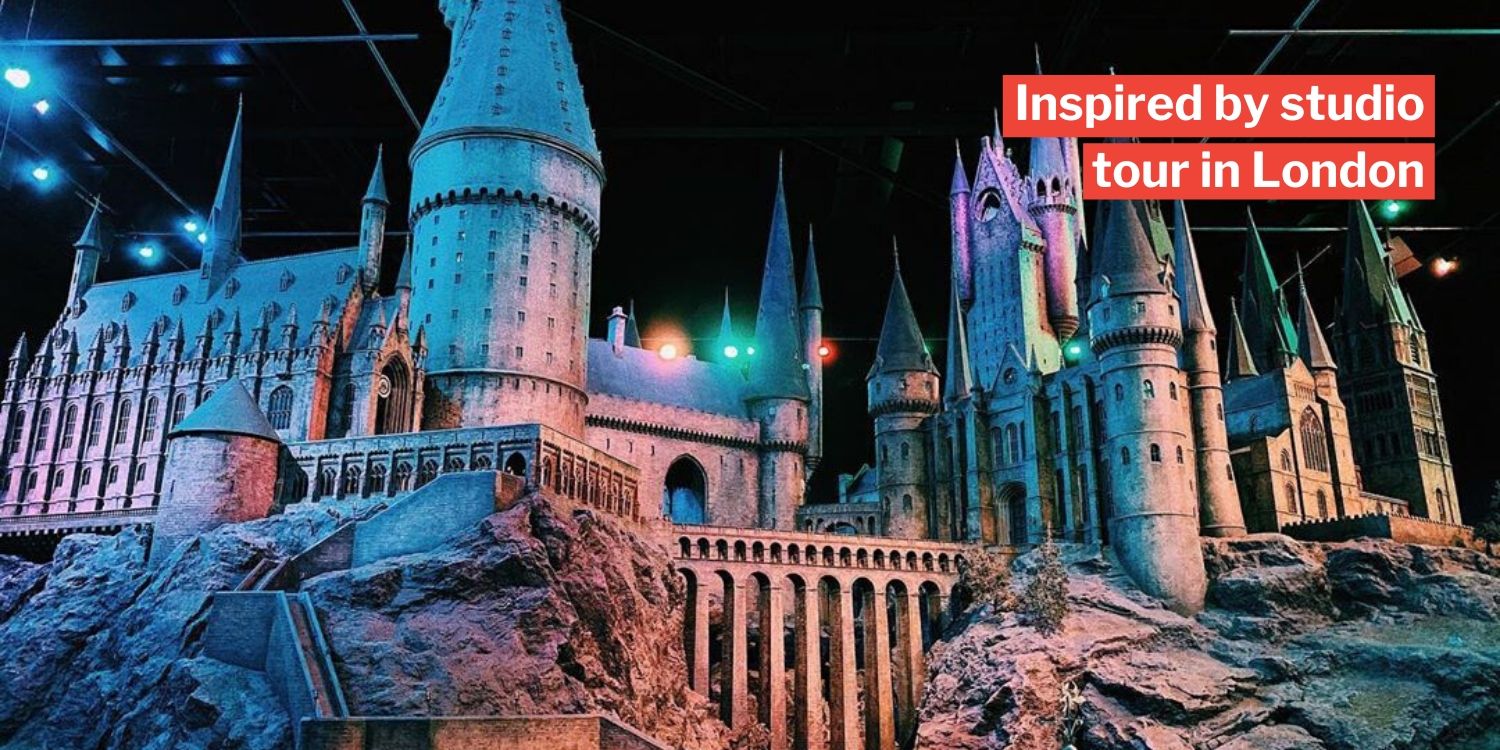 It will take over the site of an existing theme park in Tokyo.

Japan already has a Harry Potter section within Universal Studios Japan in Osaka, but tourists and locals in Tokyo will soon be able to visit the magical world of The Boy Who Lived in the Japanese capital too.

According to The Japan Times, a Harry Potter theme park will replace Tokyo’s Toshimaen Amusement Park, which is scheduled to close on 31 Aug. 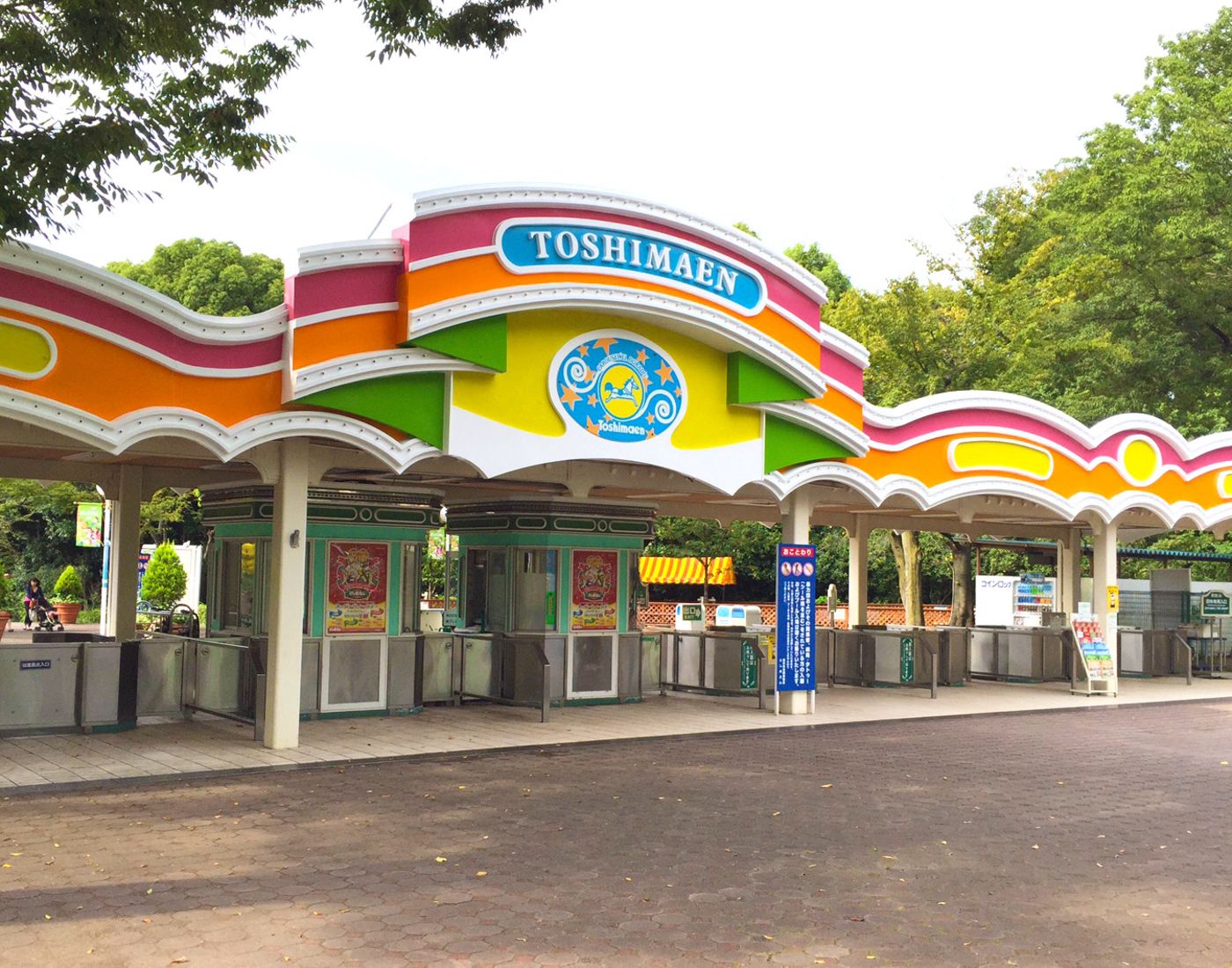 When the theme park is completed in 2023, the Kyodo Times confirmed that it will mirror the Harry Potter Studio Tour in London. 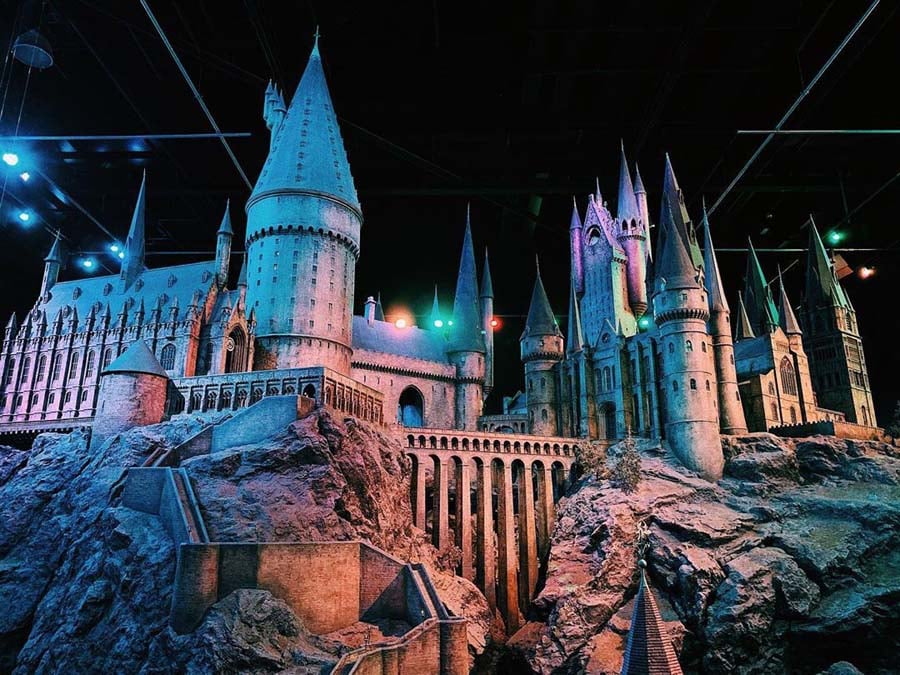 Rather than rides for thrill-seekers, the upcoming destination will let Potterheads get up close and personal with movie sets, magical props, and costumes.

This means you could visit Diagon Alley, The Great Hall and The Forbidden Forest without going to Osaka.

The Tokyo theme park’s attractions haven’t been confirmed yet, but here’s what you could expect based on what we’ve seen from its UK counterpart.

The Studios in London has an array of locations for visitors to explore, including Platform 9 ¾.

Here, aspiring students can push a luggage-filled trolley “through the wall” to get to the Hogwarts Express Train. 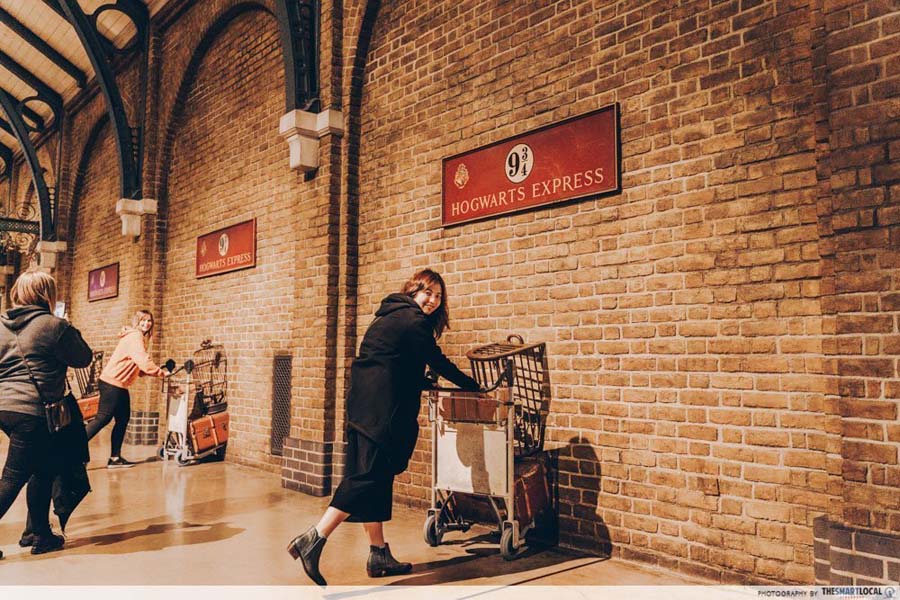 Potterheads still waiting for their owl-sent letter can finally visit their dream school. 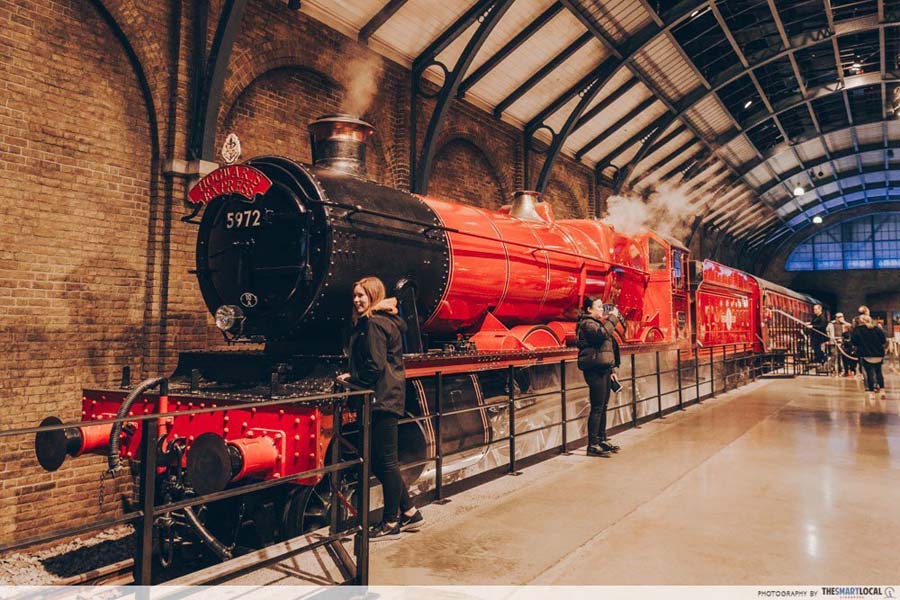 Students from the four Hogwarts houses eat their daily meals at The Great Hall.

Fans who have completed numerous Sorting Hat quizzes could stay in the designated location of their house, with your favourite headmaster watching over you. Just like the film version, eagle-eyed fans may notice authentic robes and antique silverware, or kitchenware with animal carvings that represent each house. 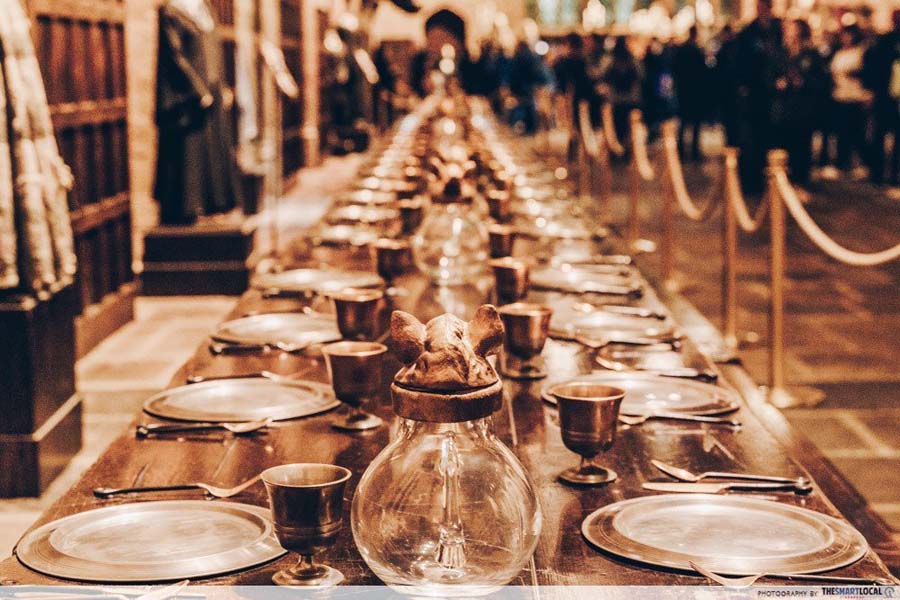 The gateway to the Forbidden Forest is heavily guarded by nightmarish gargoyles towering atop massive columns. 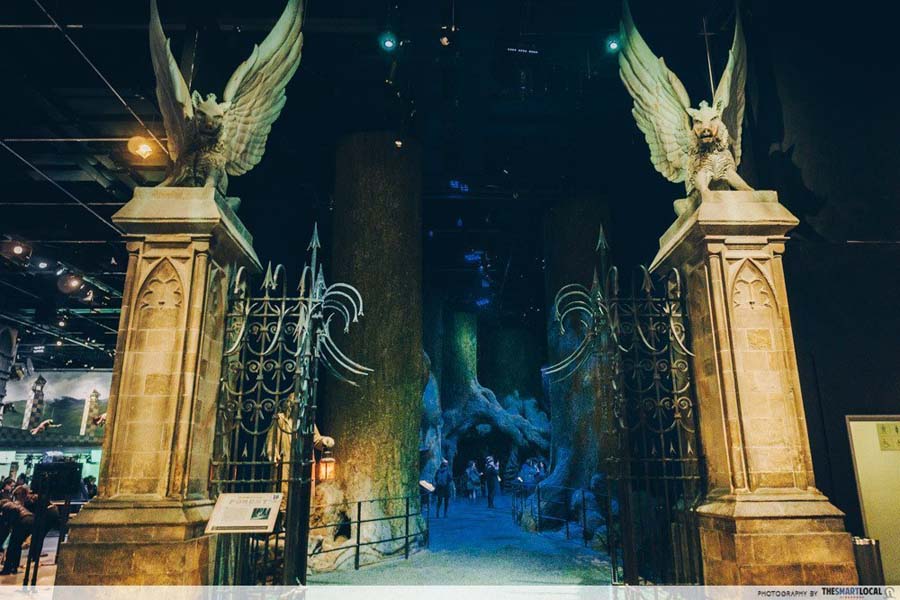 You can venture into the forest without any spells and wands, but you may encounter acromantula (giant spiders) falling from above. Diagon Alley has an array of shops where students can buy the supplies they need to learn spells.

Here’s to hoping we can enjoy Butterbeer whilst strolling through these cobble-stoned streets. Gringgots bank features marble interiors, opulent chandeliers, and luxe interiors. As a customer, we bet you’d feel like royalty despite your dwindling savings. The Lestrange Vault also includes 210,000 coins and magical treasures that would make anyone green with envy. 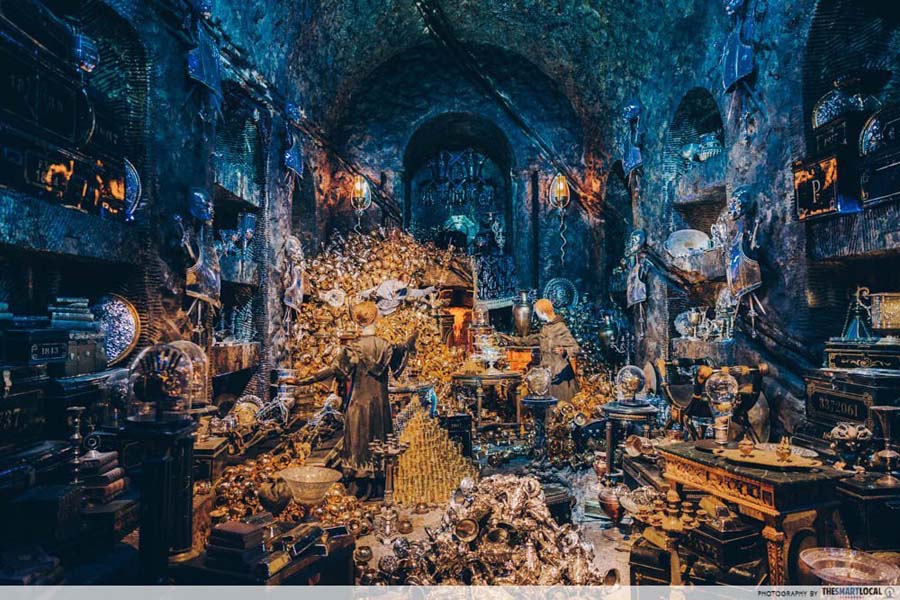 The Great Hall turns into a winter wonderland during the Yule Ball, which commemorates the Triwizard Tournament. 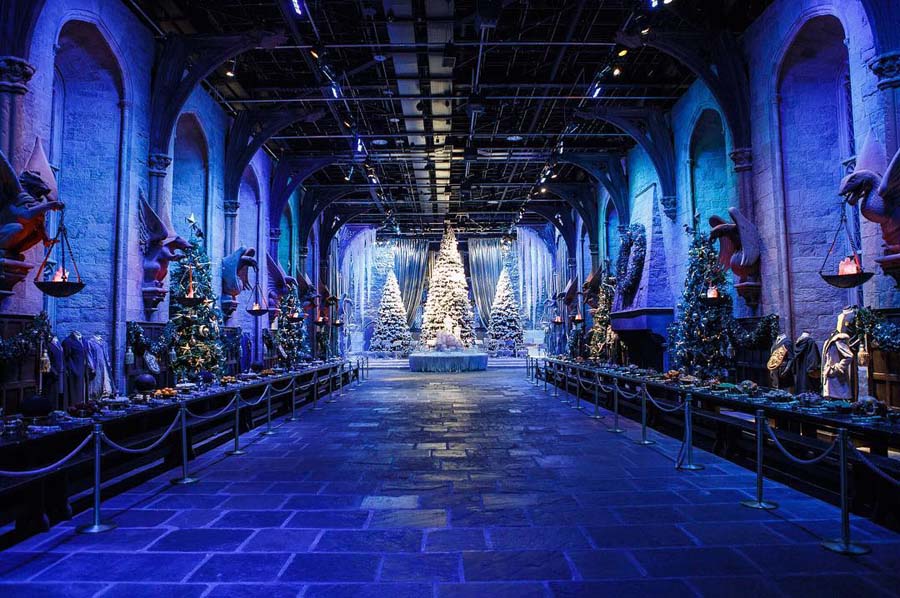 Since the festivities take place in the winter, this version of Hogwarts castle is blanketed in snow. Similar to your non-magical prom night, singles may be pressured to bring a date like Harry and Ron. 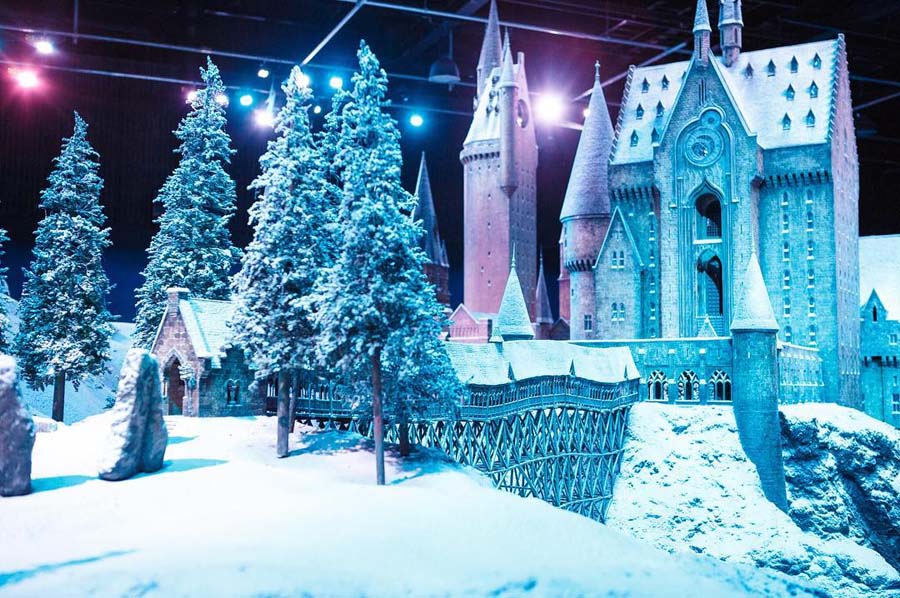 Fellow muggles can also catch a glimpse of popular locations in Hogwarts castle such as Dumbledore’s Office, Umbridge’s Office, Common Rooms, and the Potions Classroom in the studio. 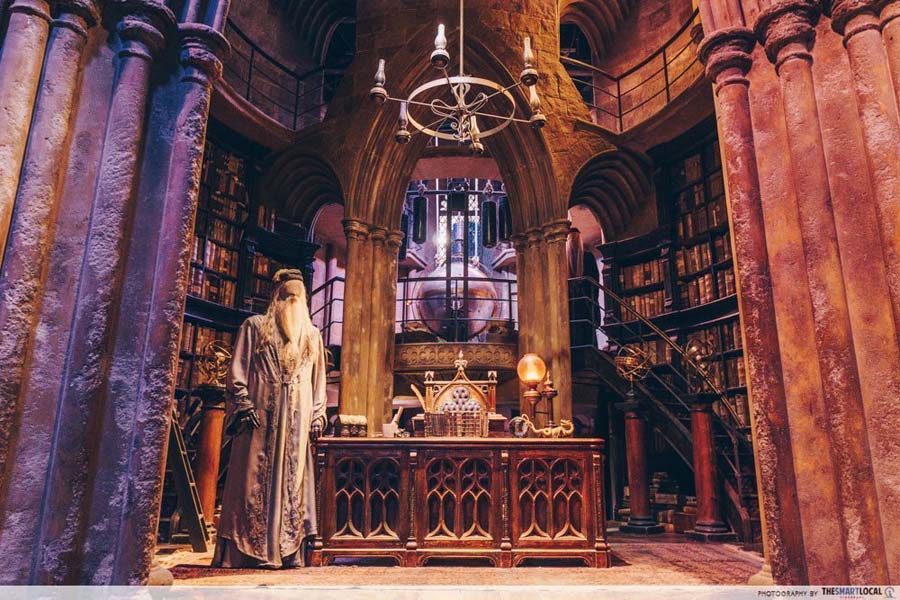 The Potions Classroom will conjure memories of Professor Severus Snape, who may reprimand you for touching the mysterious ingredients in the cupboard. 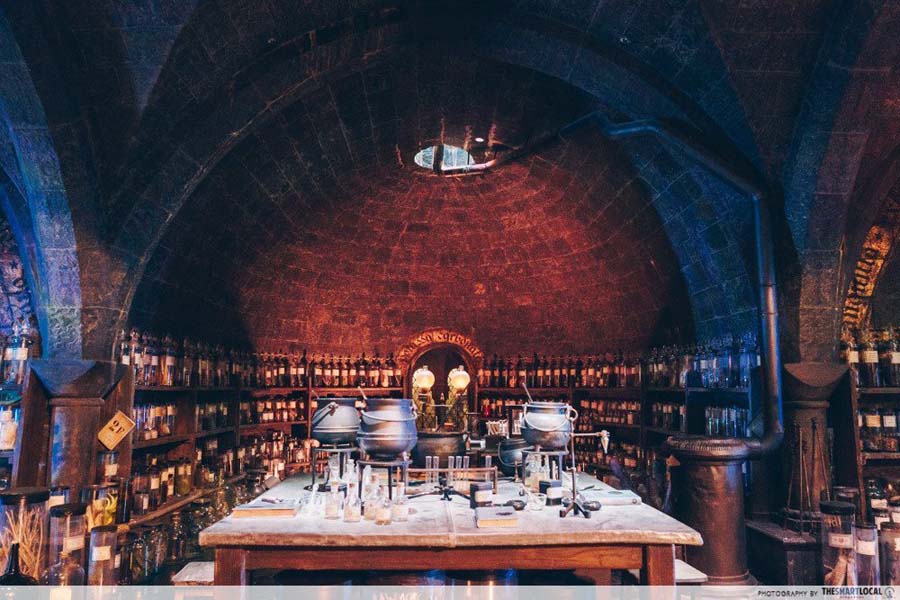 After a long day of studying, Gryffindor students can relax in the common room, which includes squashy armchairs, wooden tables, and lost posters. You might also meet fellow housemates along the way. Tourists who need an energy boost could enjoy a foaming glass of Butterbrew from Hogsmeade. Share a mug with your friends and fellow students while reminiscing over your childhood. 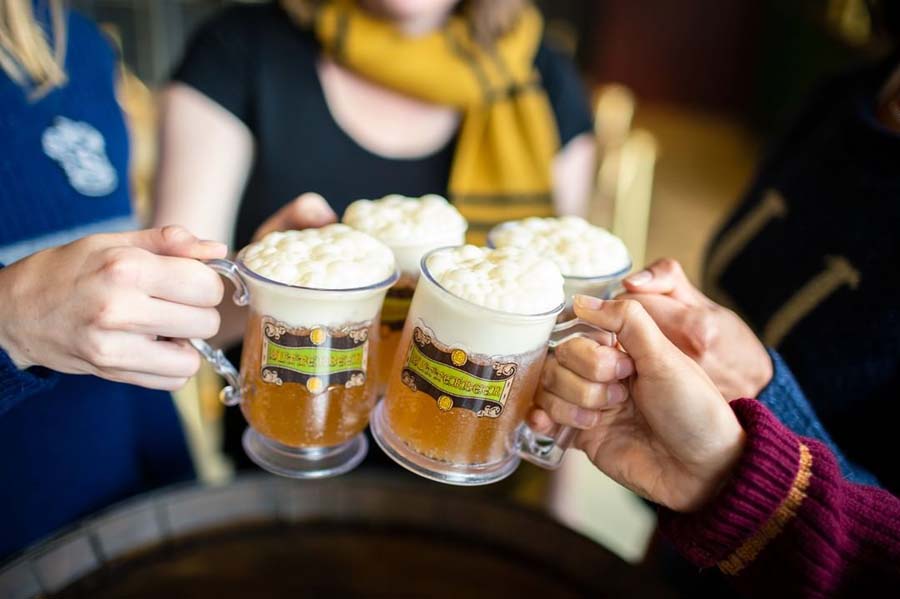 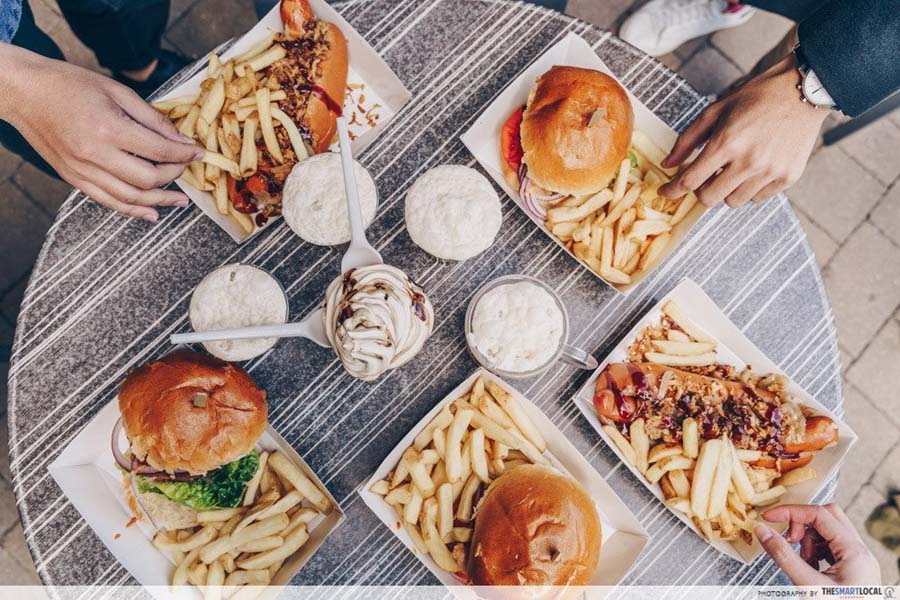 While, we can’t go to Japan now, as Singaporeans and residents from 110 countries are currently barred from traveling to Japan due to the coronavirus outbreak.

However, By 2023, we expect to get our travel plans back on track and visit after the theme park opens.

The official attractions of the Tokyo Harry Potter theme park aren’t confirmed yet, so stay tuned for updates. But what we’ve seen from the Harry Potter Studios in London makes us feel optimistic about the future.

Don’t forget to drop by the upcoming Super Nintendo World and the Studio Ghibli Theme Park, too if you manage to make it to Japan.