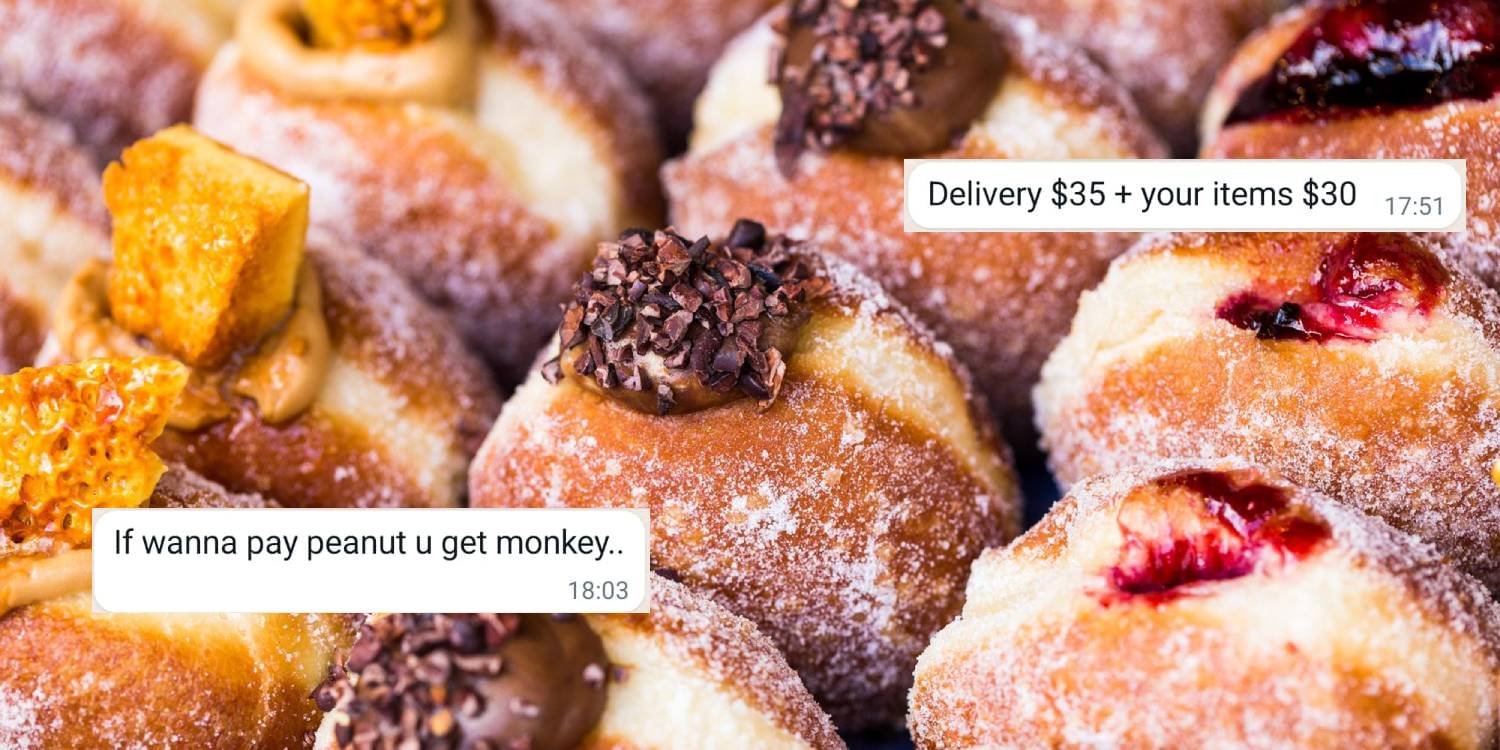 The HBB says that deliveries are free only between 2 to 5 pm.

Running a Home-Based Business (HBB) can get stressful at times.

Aside from blurring the lines of workplace and home, business owners have to shoulder other aspects like order-taking, fulfilment and marketing.

That burden may be too much for the owner of a Singaporean HBB who had an outburst with a customer recently.

The aggrieved customer took to Facebook to share details of the incident, including the moment when the HBB charged them a S$35 delivery fee for two boxes of doughnuts.

On Wednesday (4 Oct), the customer shared various screenshots of his text exchange with the HBB on Facebook.

Along with the photos, he wrote a long caption describing the absurd reaction his mother got for simply asking a question. 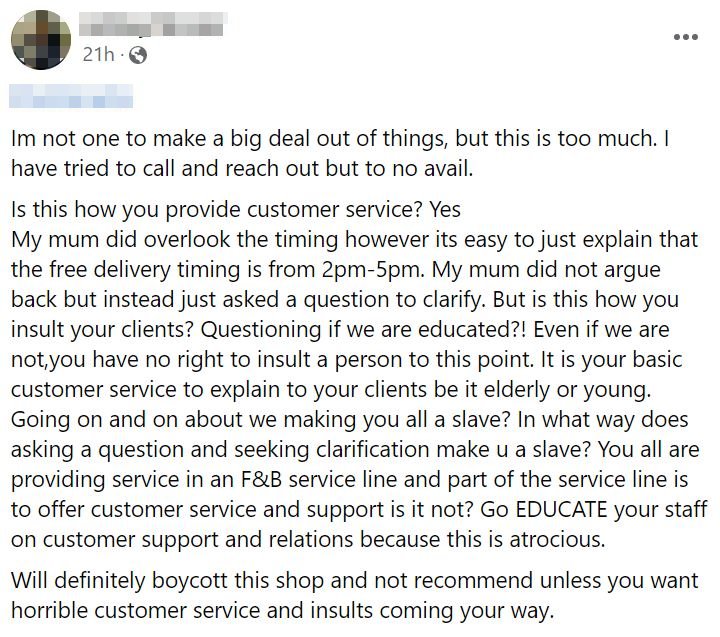 In his post, the OP admitted that his mother had overlooked the finer details regarding the “free delivery” promo in their advertisement.

Even so, he felt that the HBB went too far when responding to his mum’s questions, allegedly even insulting her intelligence.

This screenshot shows how the misunderstanding occurred, as the OP’s mother wanted to have her order delivered outside the 2-5 pm timeframe.

The HBB  then replied with “Can delivery S$35”.  They then went on to confirm with the customer if they agreed with the price, to which the latter tried breaking down the costs.

The OP replied, “My total is S$30. Delivery S$5.” This statement seemingly threw the HBB owner off the edge, prompting a slew of rather intense responses.

The HBB then highlighted that the free delivery promotion only applies for the three-hour timeframe and no other timing.

However, the OP said that the HBB advertised that delivery for orders above S$30 will be free. And from the looks of the poster, it says exactly that, without any caveat. 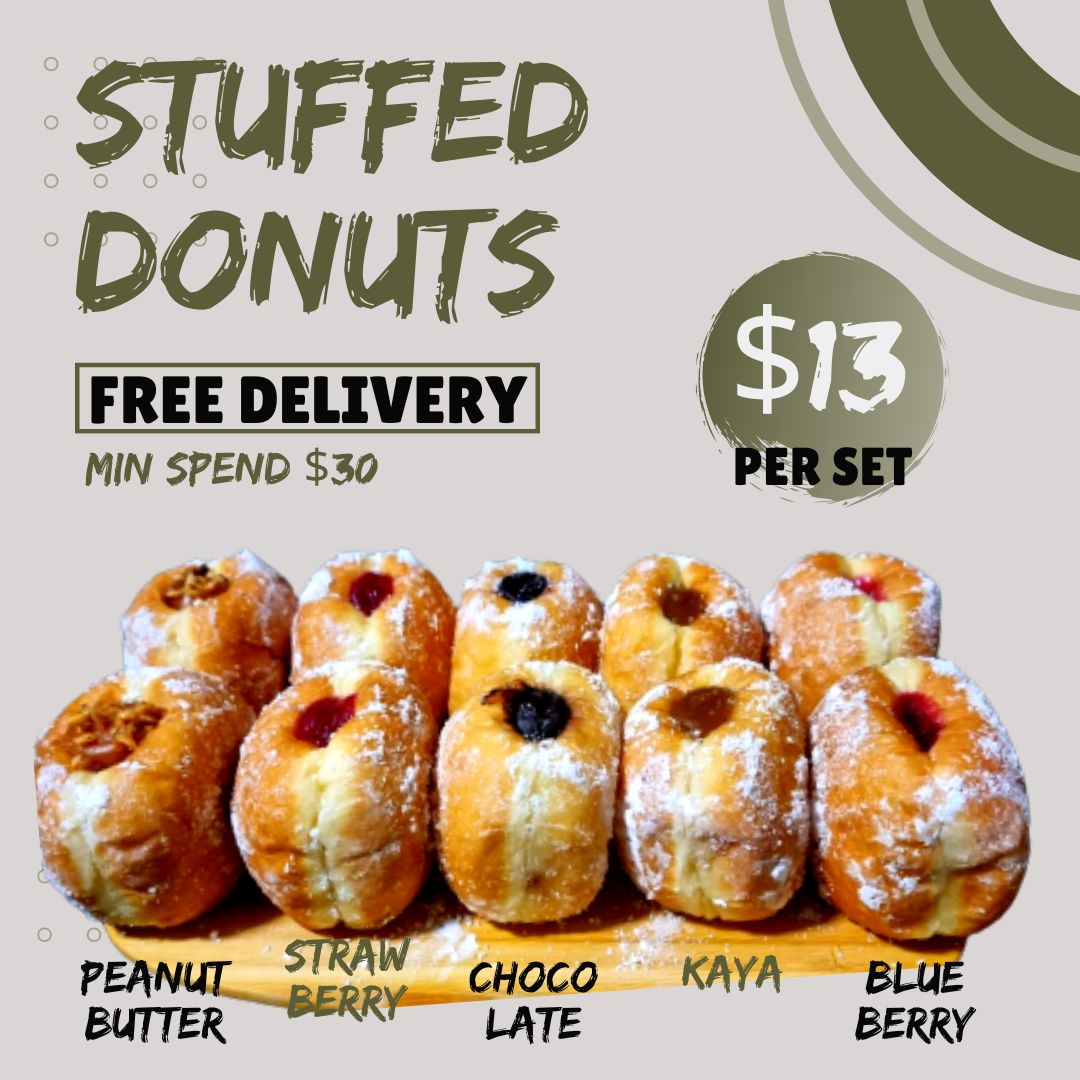 Now presumably furious, the business owner asked the customer if they thought that HBBs are their “slaves”, delivering outside their timeframe just for one customer.

Thereafter, the customer texted that they understood what the HBB was saying and that the behaviour was uncalled for.

The HBB then continued berating the customer, saying that if they understood that they wouldn’t be asking “anything not relevant.”

The HBB owner then went on to say that “those is well educated will understand very well what I have written”.

This statement was apparently what infuriated the OP the most, as he felt that the business owner was insulting his mother.

In response to queries from MS News, the HBB owner explained that they had stated clearly that the free delivery promo was applicable to residential addresses only.

They also specified that it was only available between 2pm-5pm on weekdays.

Therefore, when the customer requested for a change in delivery address from East Coast Park Carpark D to Sengkang, the HBB tried to accommodate. But when the customer asked for a timing out of the promo period, the HBB had to quote a higher delivery price as they schedule the bulk of their deliveries during that window.

Having to arrange for a single, separate delivery would thus incur more costs from the courier.

While the HBB owner admitted that they may have come across as angry, they claimed that they didn’t mean to be rude. They had apparently grown frustrated after trying to explain the situation to the customer multiple times, to no avail.

However the situation developed next, we hope that both parties were able to resolve their differences amicably.

Featured image adapted from Facebook and British Bakery UK, for illustration purposes only.