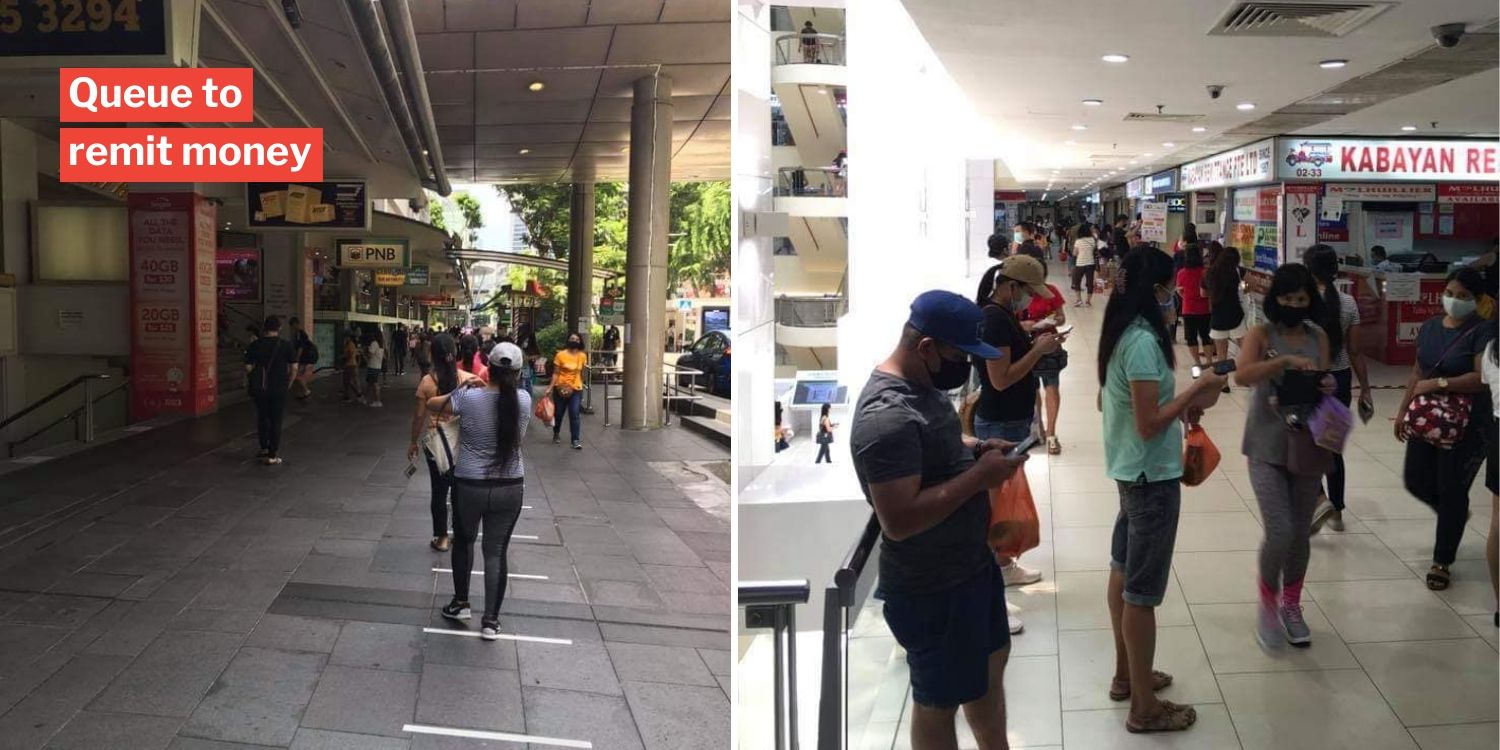 For the sake of everyone's safety.

Domestic Helpers Must Stay Home On Off-Days, Can Remit Money By Appointment

Pre-‘Circuit Breaker’ and Covid-19, crowds of domestic helpers at locations like City Plaza, Lucky Plaza and Peninsula Plaza on weekends were normal.

In light of stay-home advisories, however, the familiar crowds on a weekend in end May sparked some concern among Singapore residents. 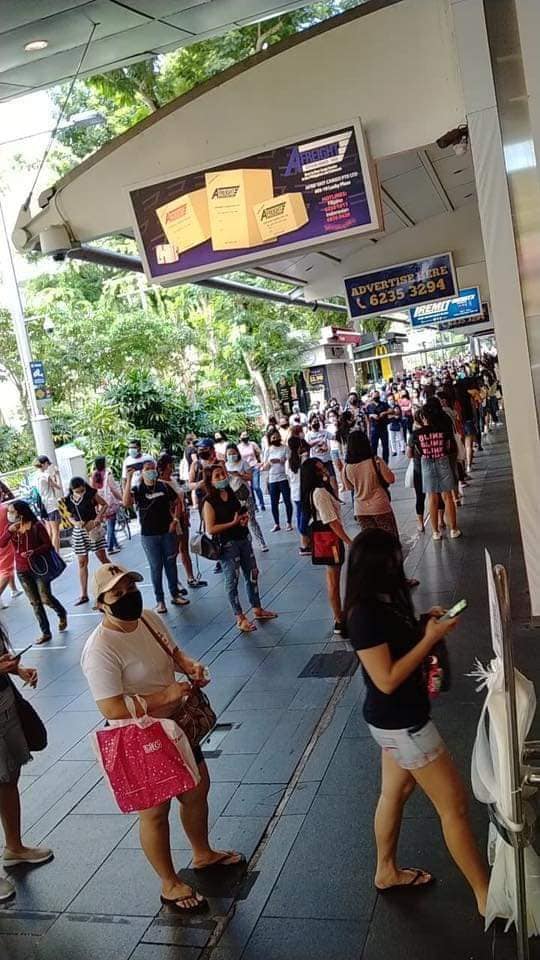 Crowd at Lucky Plaza on 31 May
Source

Addressing these concerns, the Ministry of Manpower (MOM) issued an advisory today (13 Jun), telling helpers to stay at home.

The new advisory comes after crowds of domestic helpers were seen at popular malls like Lucky Plaza over the last 2 weekends.

Word on the ground was that they were queuing to send money home.

Though the crowds had visibly thinned between 31 May and 7 Jun, the fairly large number of people there was still worrying. 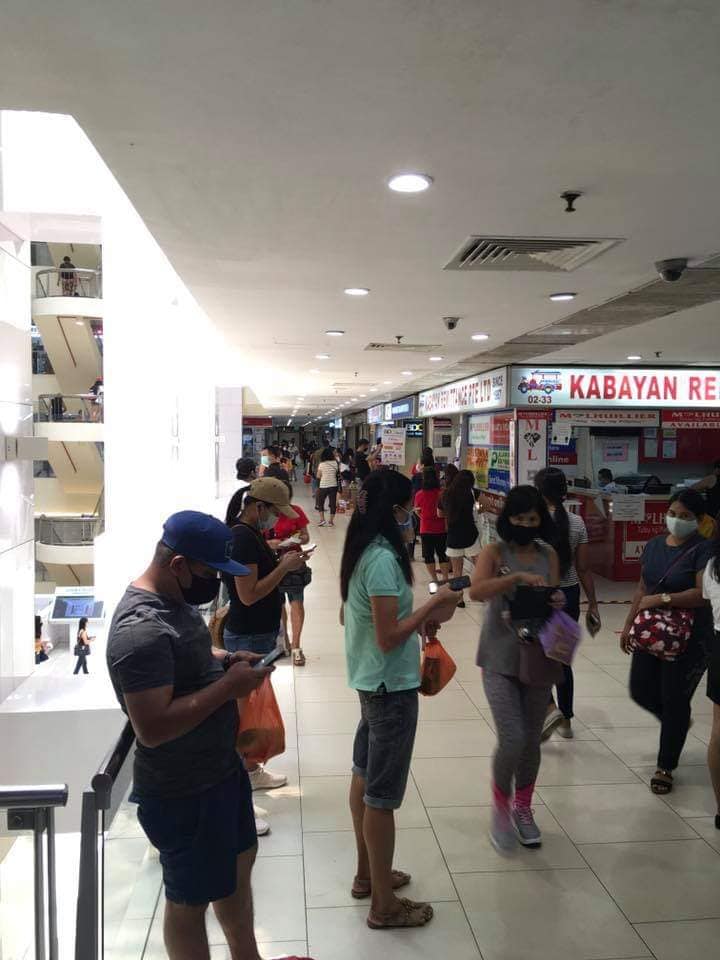 MOM noted how some were there to remit money, while others had taken the chance to gather with friends.

Can go out for quick errands but otherwise stay home

According to MOM, domestic helpers may go out for quick errands like buying food or groceries, but “should return home immediately thereafter”.

This means that they should avoid any activity that requires long hours outdoors, especially in crowded places. 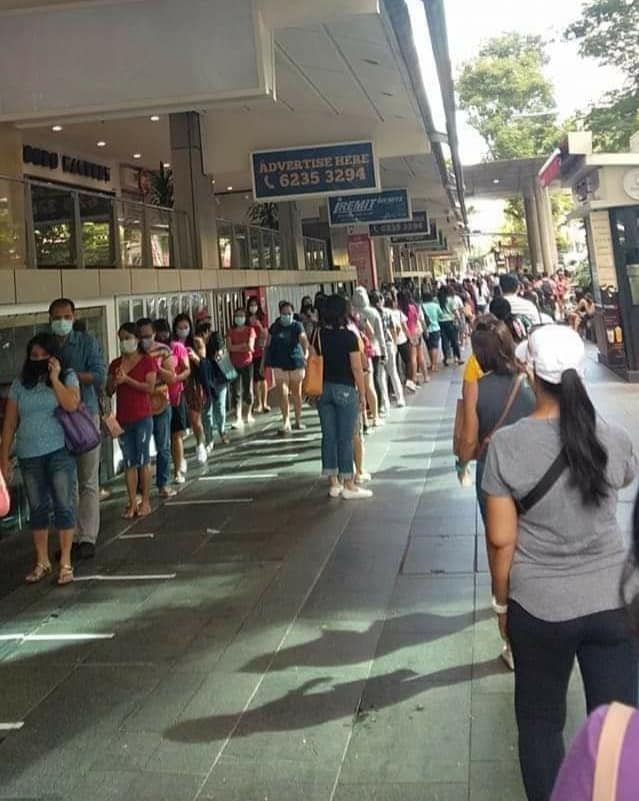 While out, they’ll have to follow precautionary measures like wearing masks and maintaining a safe distance away from others.

No mingling with individuals from other households is allowed.

Since remittance is essential for helpers, the authorities are trying to make alternative arrangements.

For now, the Monetary Authority of Singapore (MAS) is working with remittance agents at City Plaza, Lucky Plaza and Peninsula Plaza to enable them to serve customers by appointment. 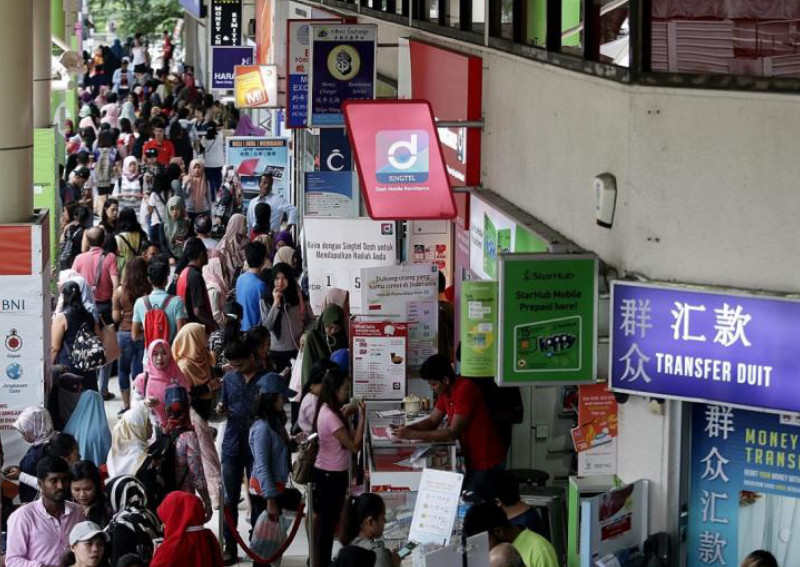 Helpers thus have to book an appointment first before leaving their places of residence to send the money.

Alternatively, they may visit agents at other locations or turn to online options, which their employers should assist with. Guidelines for e-remittance are available via the link here.

We hope that the new arrangements will help ease the helpers’ burdens, so they can easily send money home to their loved ones while staying safe.