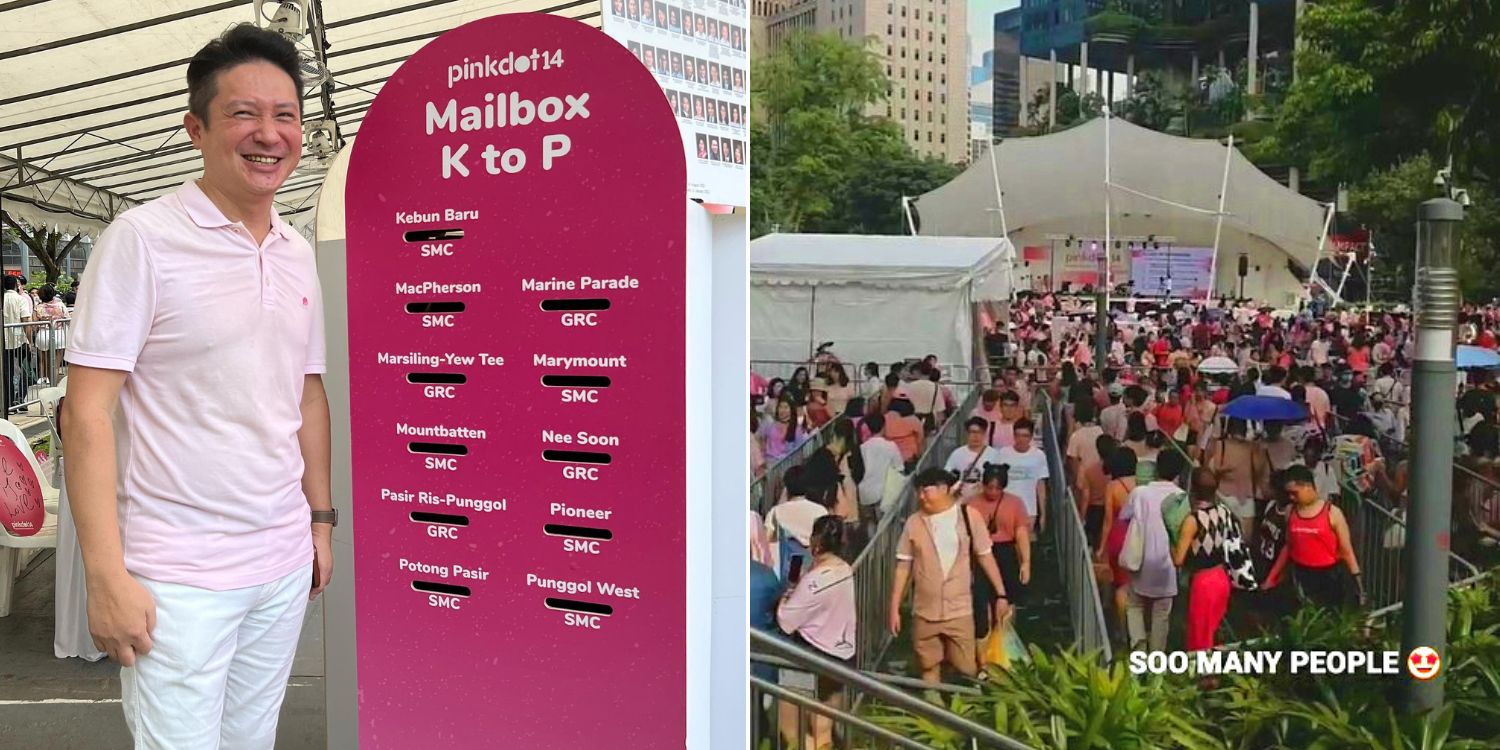 The queue to enter the park stretched halfway around its perimeter.

Before the pandemic, Pink Dot typically drew a turnout of thousands, including well-known people like celebrities and members of the Lee family.

One person whom we might not expect to attend, however, is a sitting Member of Parliament (MP).

However, MP Henry Kwek made a surprising appearance at the gathering. 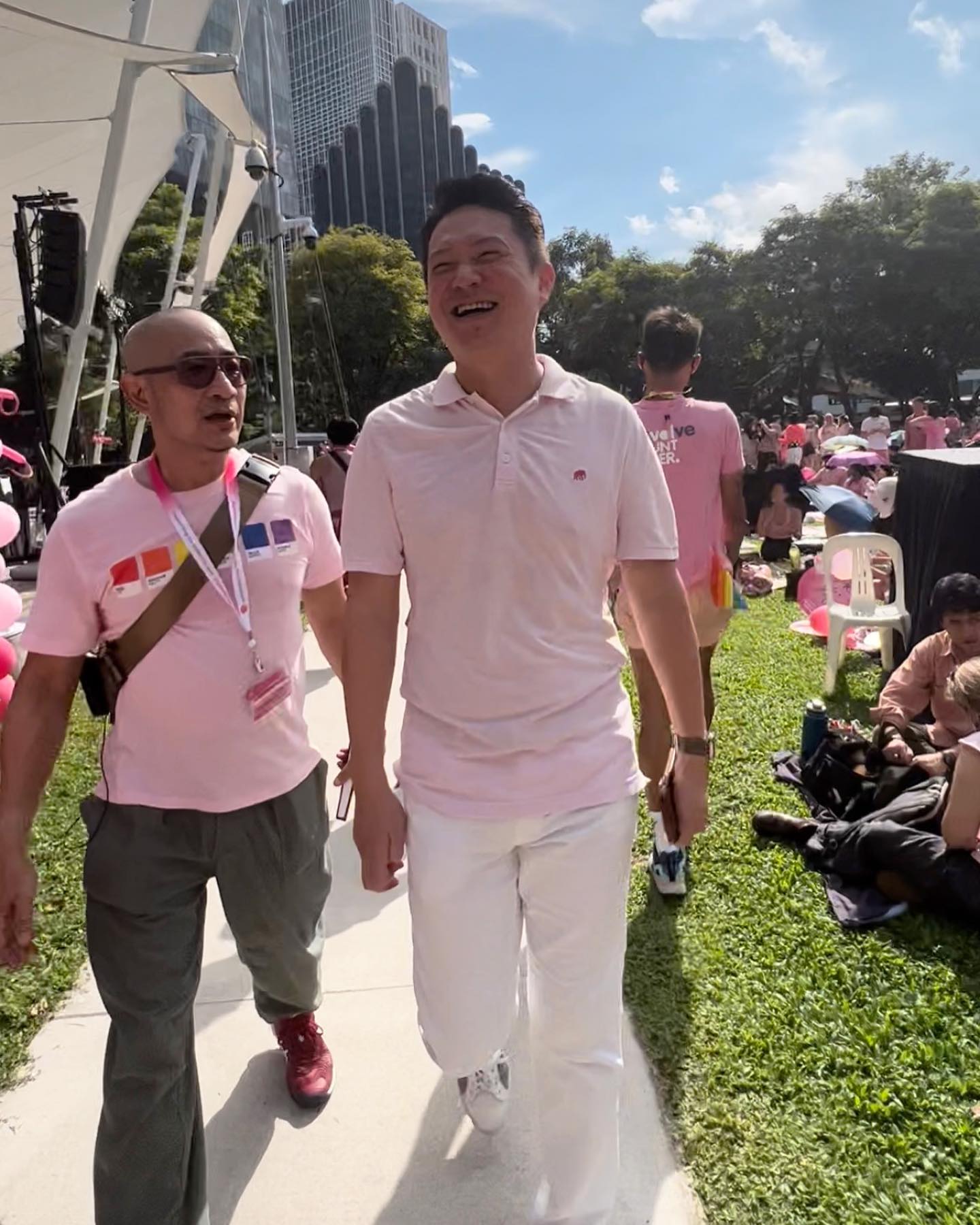 He was among the large crowds that turned up, forming long queues to enter the park.

Pink Dot, which started at 3pm, shared about his appearance in an Instagram post on Saturday (18 Jun). 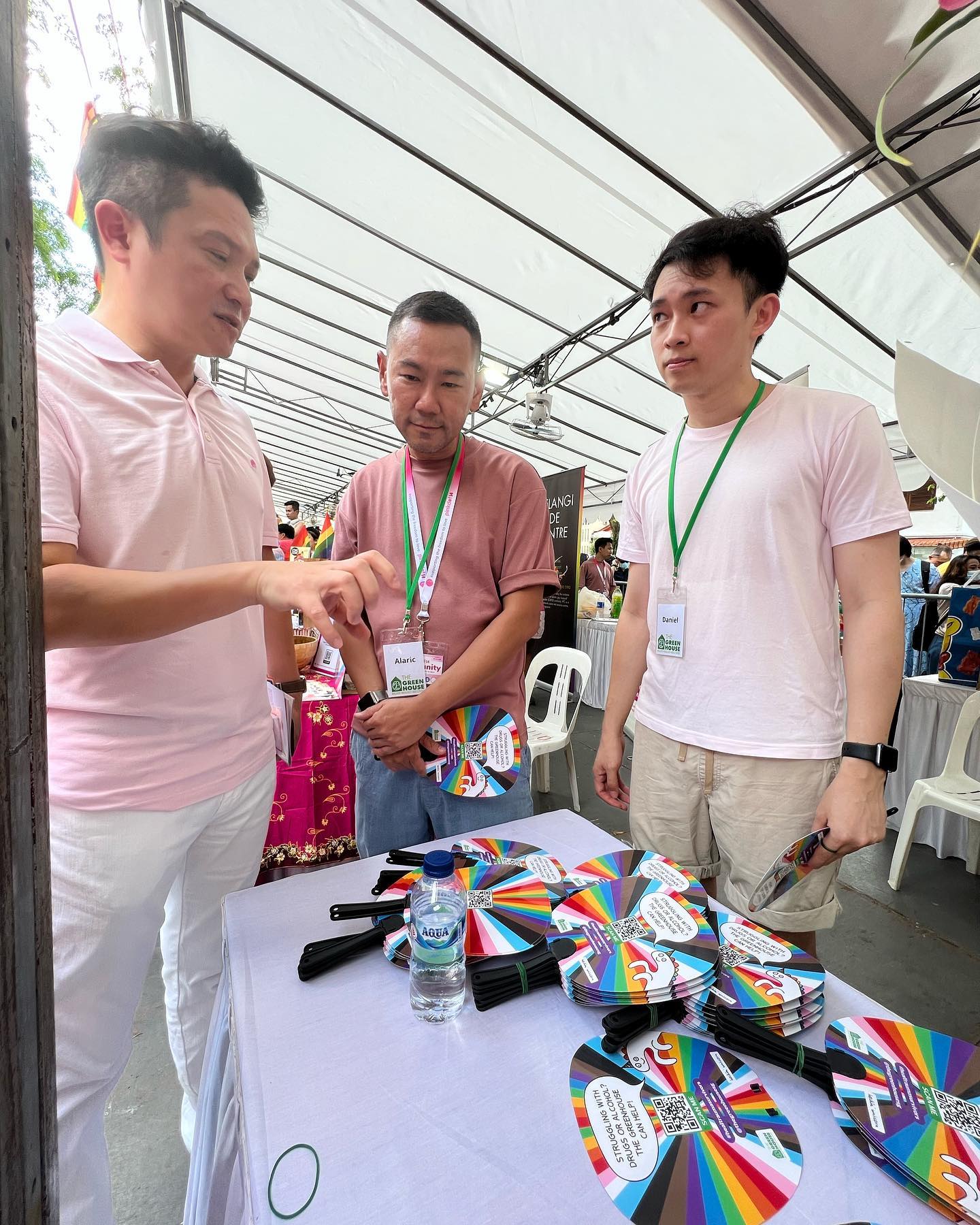 This might be the first time a sitting MP has visited Pink Dot.

In the short caption on their post, Pink Dot said that Mr Kwek spent his time visiting the Community Tent and chatting with those who were there. 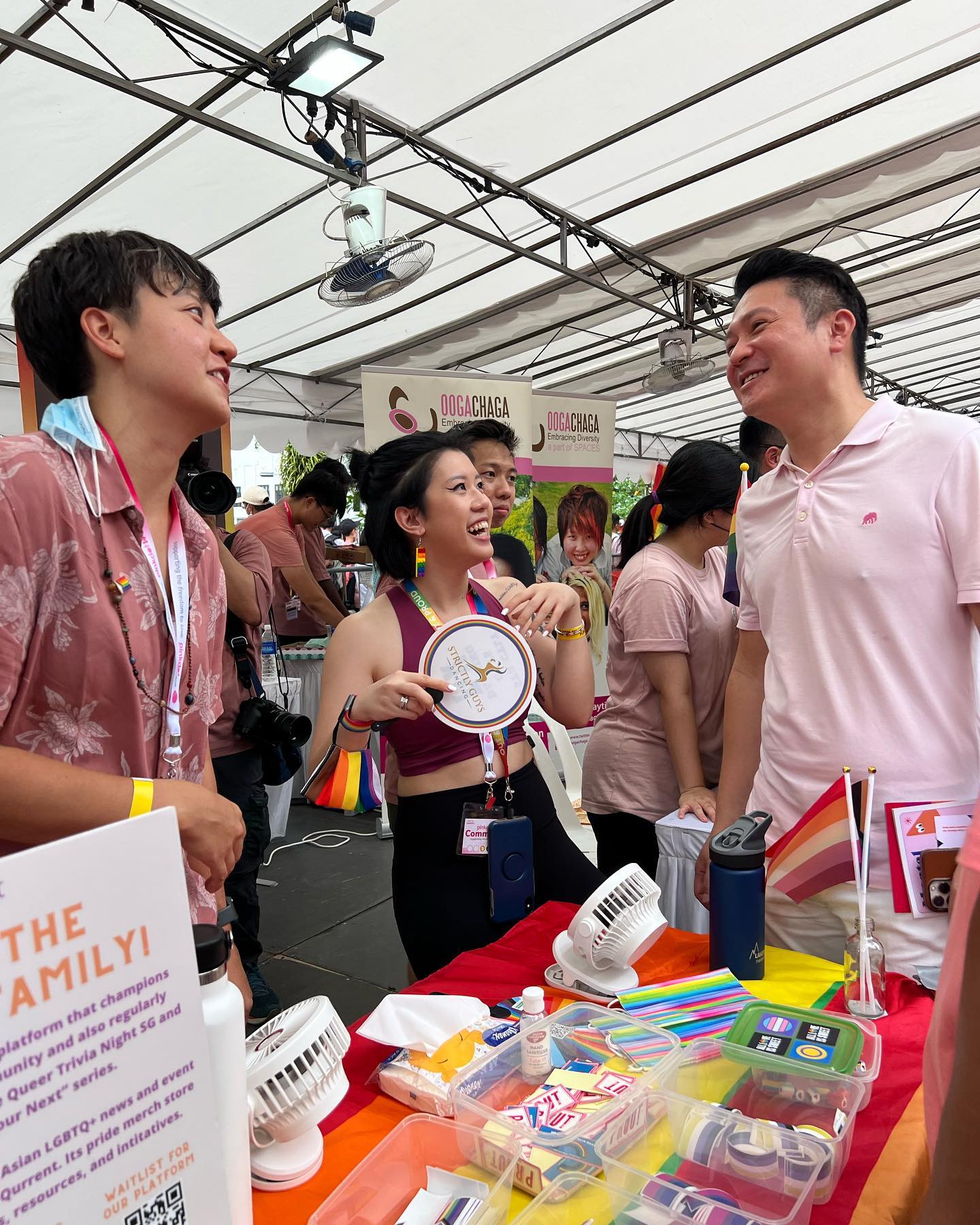 The Community Tent is a long-time feature of the event, where community groups that support the LGBTQ+ community can engage with attendees at their stalls. 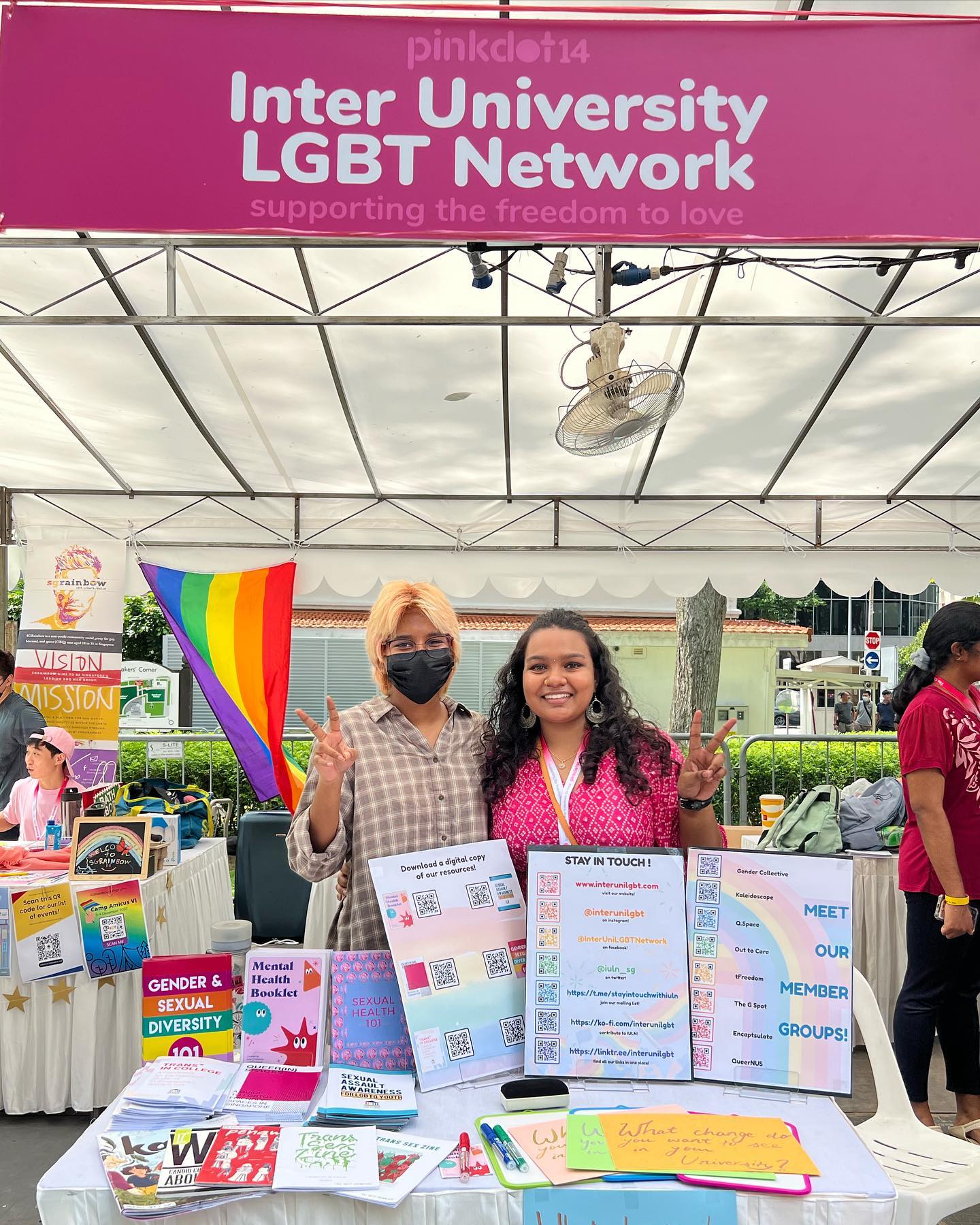 The rest of the photos showed the smiling People’s Action Party (PAP) MP interacting with those manning the stalls. 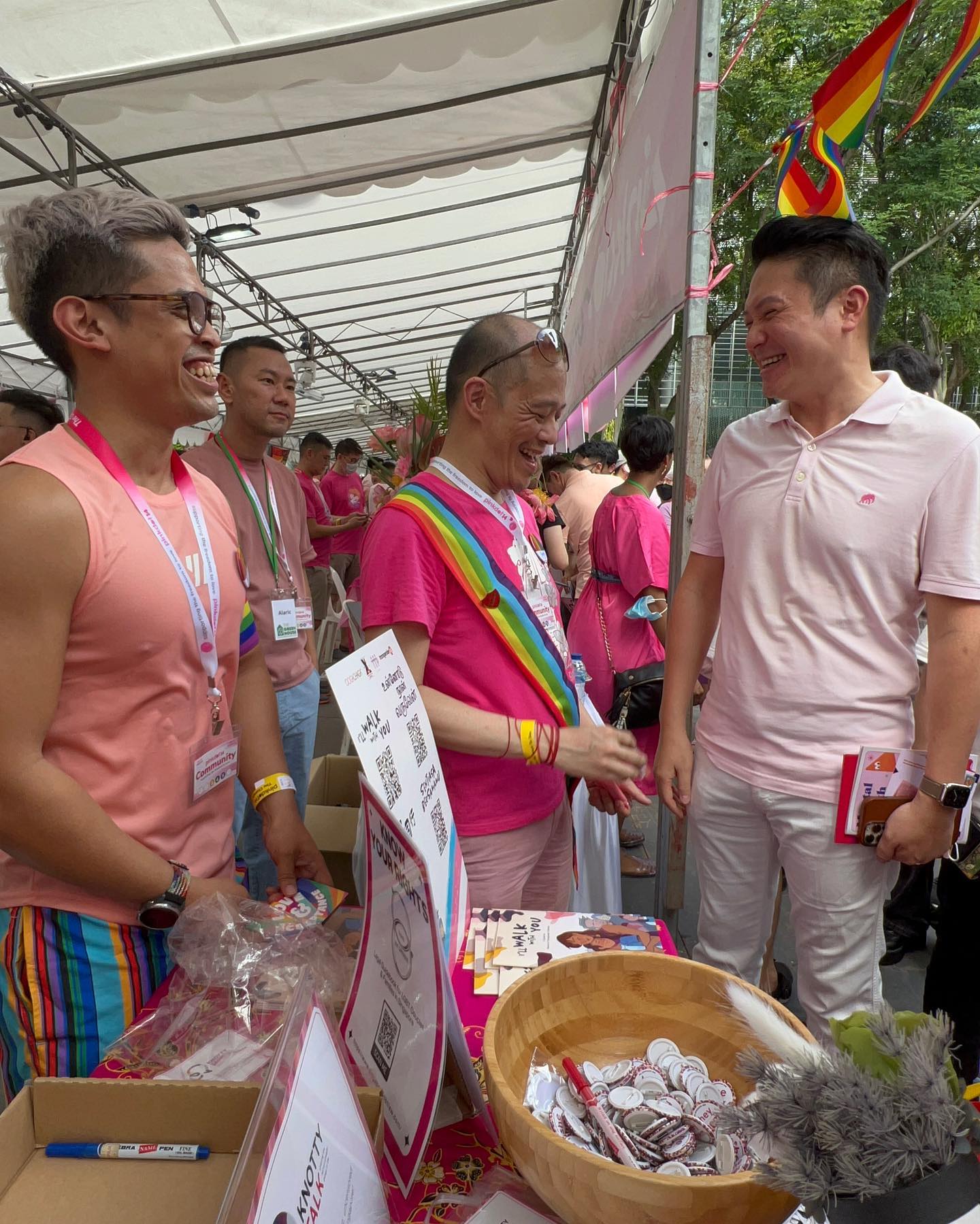 Mr Kwek even posed for a photo with the Mailbox, a new feature where people can take photos with their placard — which has a message like “Time For Change” on it — and send the photo to their MPs along with a message if they want.

Of course, he stood in front of the slot for Kebun Baru. This year’s Pink Dot was also remarkable for the large crowds that formed, many taking the chance to finally participate in a mask-off event with thousands of other people.

Due to current regulations, attendees must not only be Singaporeans or permanent residents (PR), but also fully vaccinated.

Thus, by 5pm, a long line had formed that stretched halfway around the perimeter of Hong Lim Park, as people had to queue up for their ICs and TraceTogether apps to be checked. 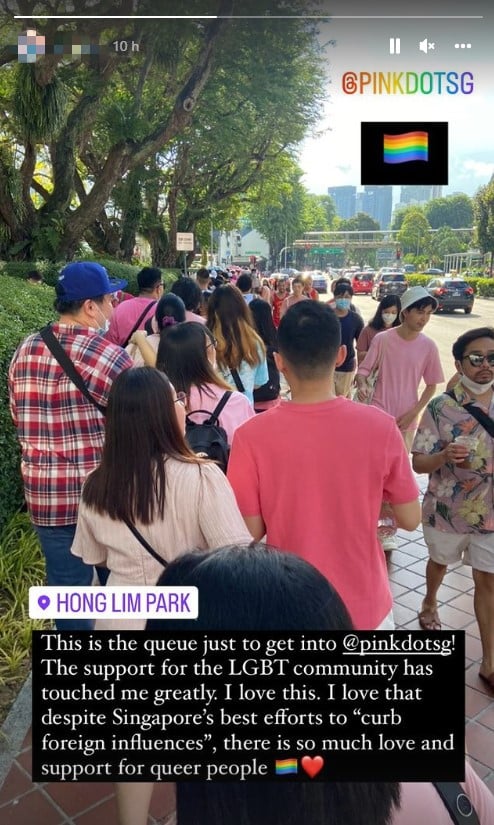 Sometimes the queue must have seemed never-ending as entrants were made to navigate winding barricades. Once they finally got in, attendees were able to take Instagrammable shots with pretty balloon structures.

They could also join the crowd gathering in front of the main stage, many sitting on picnic mats.

From 5pm, the concert started, featuring performances from groups like Singapore Drag Royalty.

For the finale, the crowd gathered with pink placards to listen to speeches and form the eponymous Pink Dot, though this was delayed by quite a while from its stated time of 6pm.

Pink Dot has the word ‘Majulah’

When this finally took place, the group raised their placards to form the Pink Dot and the word “Majulah“, the first word of our National Anthem. 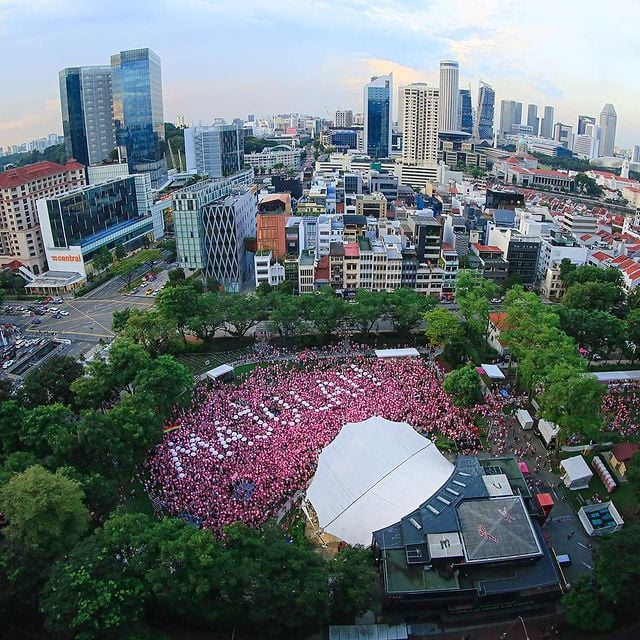 Pink Dot explained that majulah, Malay for “onwards”, beckons those listening to step up and enact change and progress.

They chose to form this word as a “nudge” to the people with “the power and responsibility to take that step forward and make change happen”.

Thus, they called on Singaporeans “to move forward in embracing their LGBTQ+ friends and family members”, and urged the Government to act to address LGBTQ+ people’s obstacles.

Supporting the freedom to love

The significance of an MP visiting Pink Dot is huge, though it remains to be seen what it means in the long run.

We applaud Mr Kwek for showing up to engage with fellow Singaporeans at what has become an important yearly event.

We’re also glad that large in-person events like this can finally resume so people can enjoy a gathering with friends and our chosen families to support the freedom to love.

Did you visit Pink Dot today? If you did, do share your photos and thoughts with us in the comments.