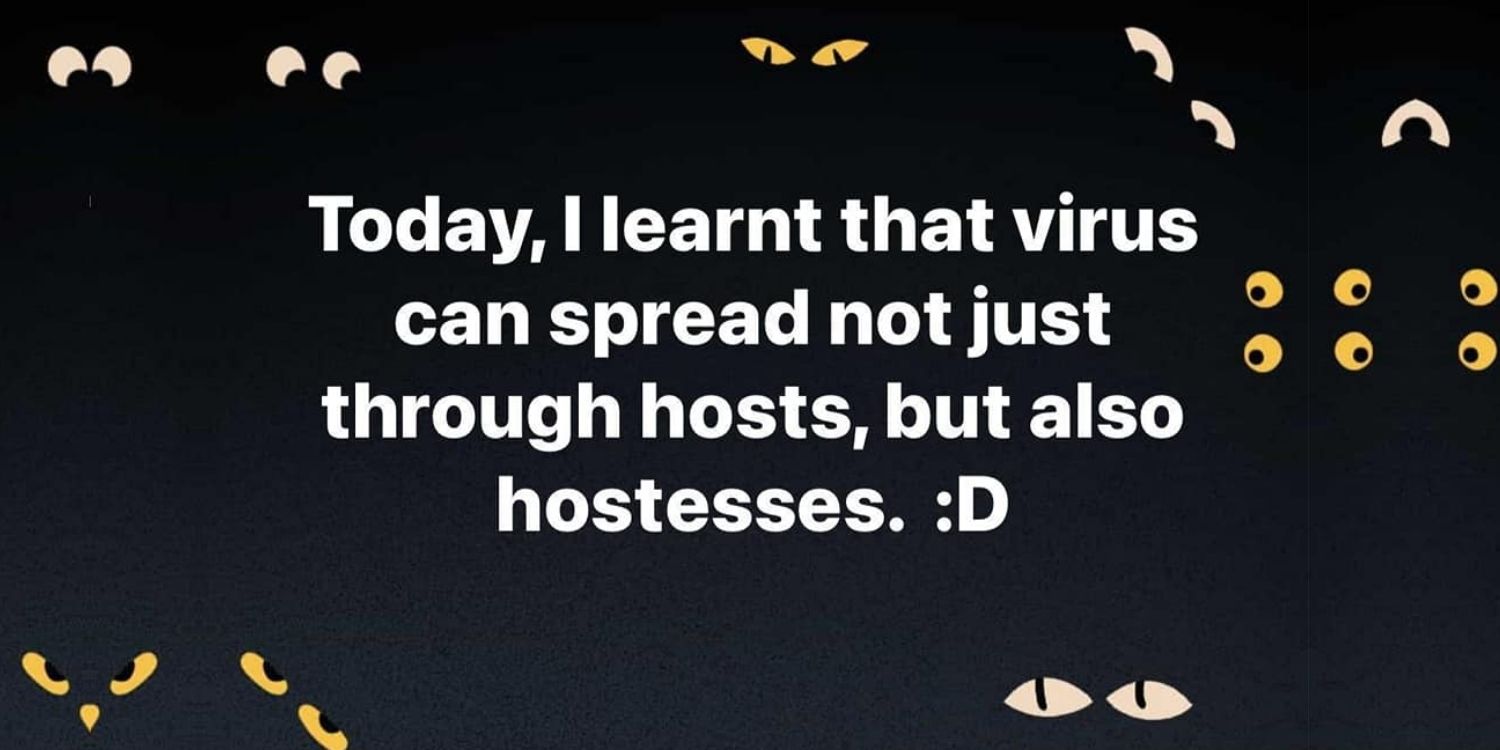 Ms Ho Ching has a reputation for sharing hilarious yet informative Facebook posts. With the emergence of the KTV cluster, she went online to give her two cents with the use of memes.

Ever the jester, she shared 2 KTV memes — a quote from her friend and another of 2 prisoners, implying the rueful consequences of visiting KTVs in light of the cluster.

Every post comes with the expression “Lolz”, a casual way of reacting with a laugh.

Beyond the amusement, some of her posts do contain educational insights too.

On Thursday (15 Jul), Ms Ho shared a quote she had heard from a friend whom she claimed was watching Singapore “with a shaking head”. 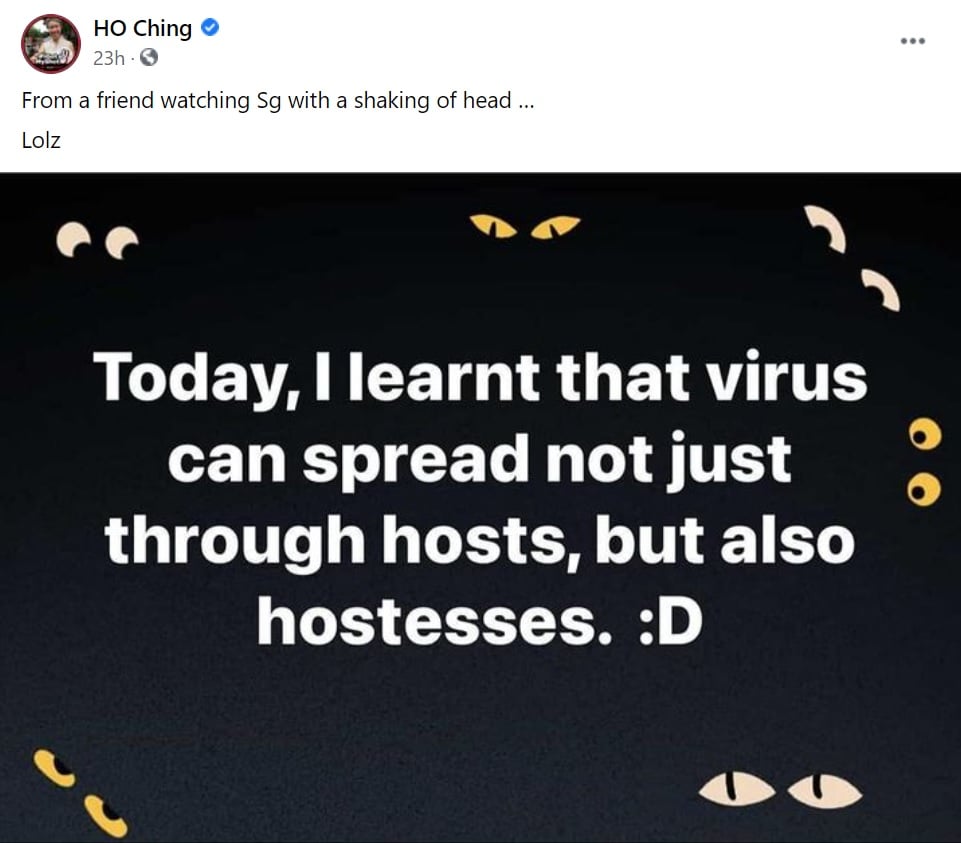 Taking a jab at the KTV Covid-19 cluster news, the quote joked about how the virus “can spread not just through hosts, but also hostesses.”

As unhappy sentiments arise, many clearly thought that Ms Ho Ching’s sharing was on point. This is evident in the post’s over 1,400 shares recorded at the time of writing.

For the clever pun, we’d have to give it to her, as it truly is quite a hilarious and original joke.

Advises public to get vaccinated in another meme

Earlier on Wednesday (14 Jul), Ms Ho shared another meme which she accompanied with a long caption advising people to get their Covid-19 vaccine jabs. 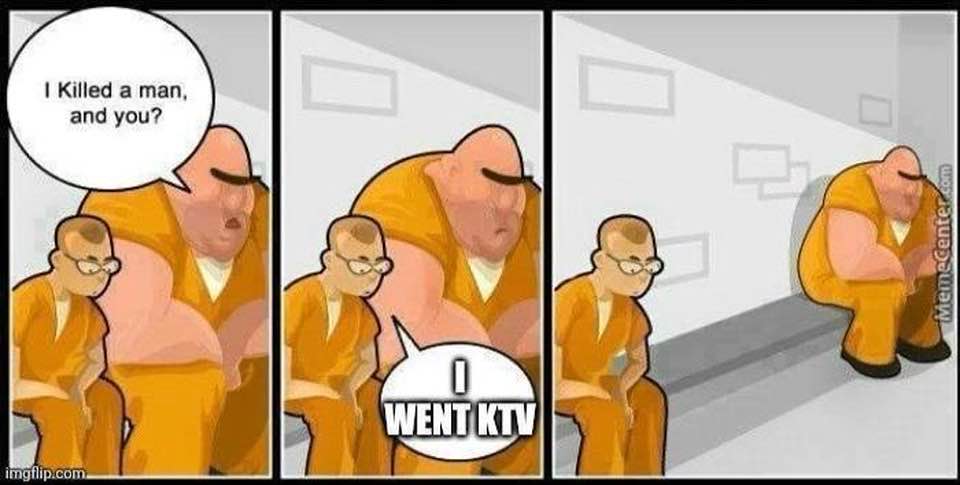 The meme shows 2 prisoners sitting on a bench in their cell. One asks the other what he was in for, to which the latter replies, “I went KTV”. Upon hearing this, the prisoner steered clear of him and moved to the other end of the bench.

Though simple, the meme represents the current situation quite accurately as people become cautious of recent KTV visitors.

In the post’s caption, Ms Ho explained that the KTV cluster shouldn’t be our only concern, now that there are different virus variants.

She took the opportunity to advise the public to get their vaccines soon if they can. She explained that it’ll help stop the spread of the virus and the possible emergence of new clusters.

Thank you Ms Ho for the memes & advisories

As more details about the KTV cluster come to light, there’s no doubt that concerns will increase too.

But the ability to see the lighter side of the situation while looking more positively at steps we can take moving forward are useful things Ms Ho has taught us through her Facebook posts.

Thank you Ms Ho for not wrinkling her nose at the situation but using it as an opportunity to advise the public to get vaccinated.

The sooner we get past this and achieve higher rates of vaccination, the sooner we can hopefully get back to normalcy.