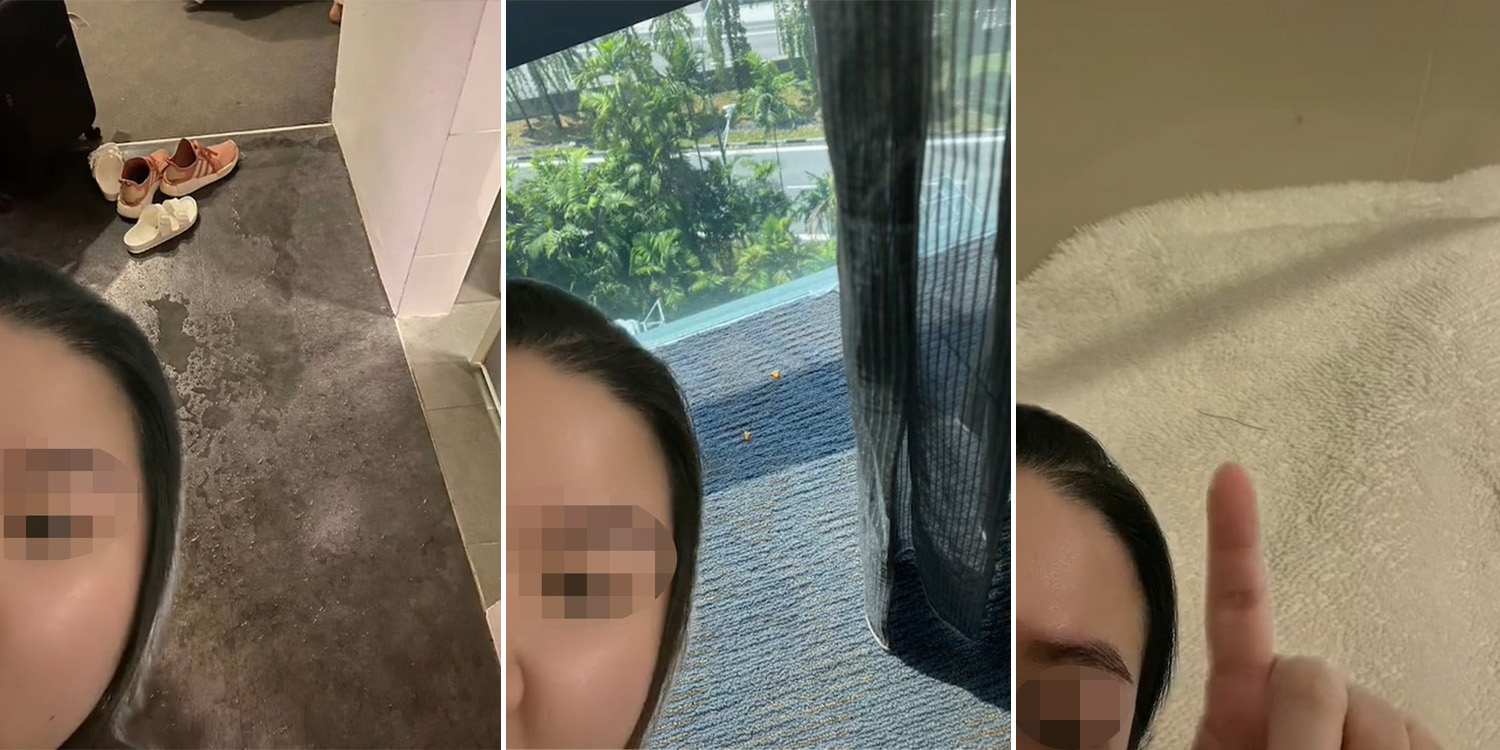 The hotel is attempting to contact the guest to provide "service recovery".

Hotel In Orchard Hoping To Contact Guest Who Complained About Stay

When travelling overseas, having comfortable accommodation is a key part of making our journey enjoyable — receiving treatment of a lower standard than expected can sully the experience of our trip.

That was apparently the case for a woman who travelled to Singapore and booked two rooms at a hotel in Orchard, going as far as to call it her “worst hotel experience”.

A spokesperson for the hotel has since said that they “accept full responsibility for the shortfall in service” and said they are in the midst of identifying and contacting the affected guest.

Woman claims hotel in Orchard did not prepare rooms

The woman posted the TikTok clip on Sunday (31 Jul), recounting her unpleasant experience at the hotel.

She explained that she chose the hotel for its affordable price and favourable location in Orchard. At the time of booking, the hotel also had “pretty decent” reviews to boot.

But upon taking another look a few days before the trip, the OP found quite a few negative reviews. 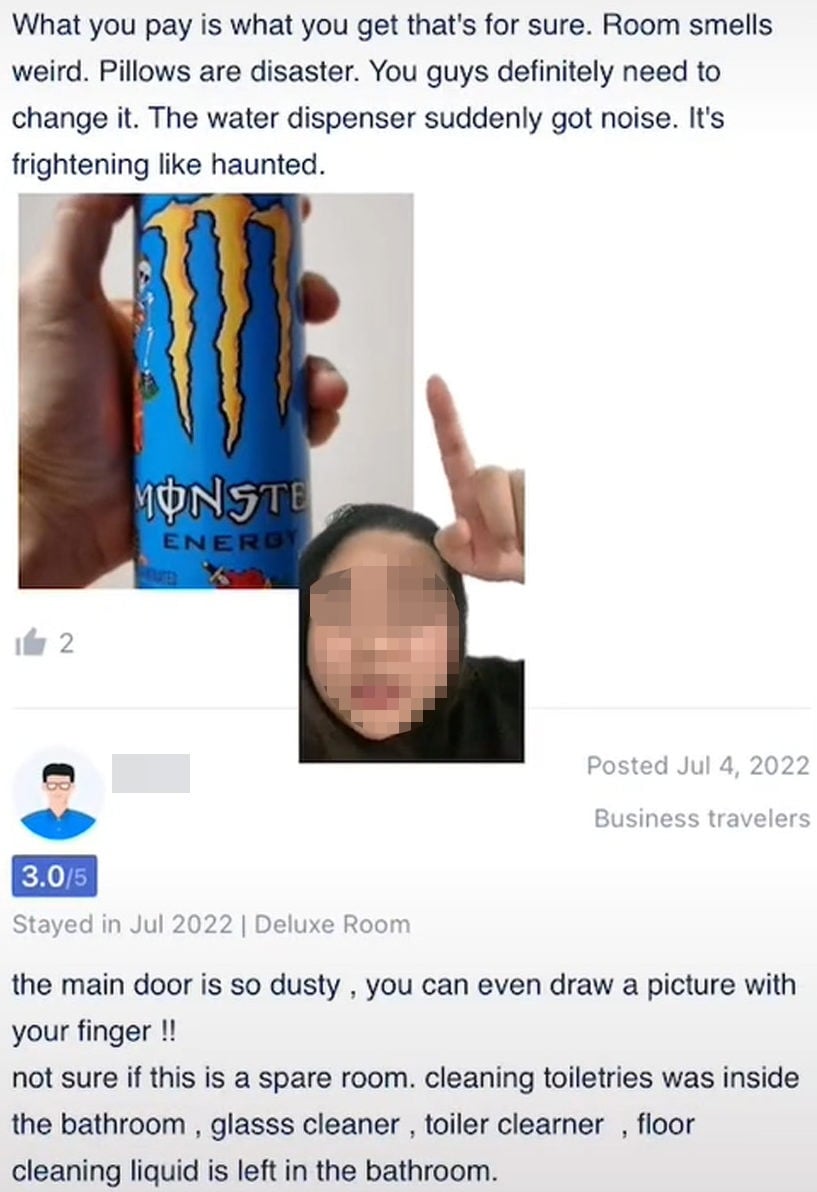 For instance, one former guest claimed their room smelled “weird” and that the pillows were a “disaster”.

Another user said theirs was dusty and that the washroom was dirty too.

A third user labelled it as “the worst hotel stay” of their life. 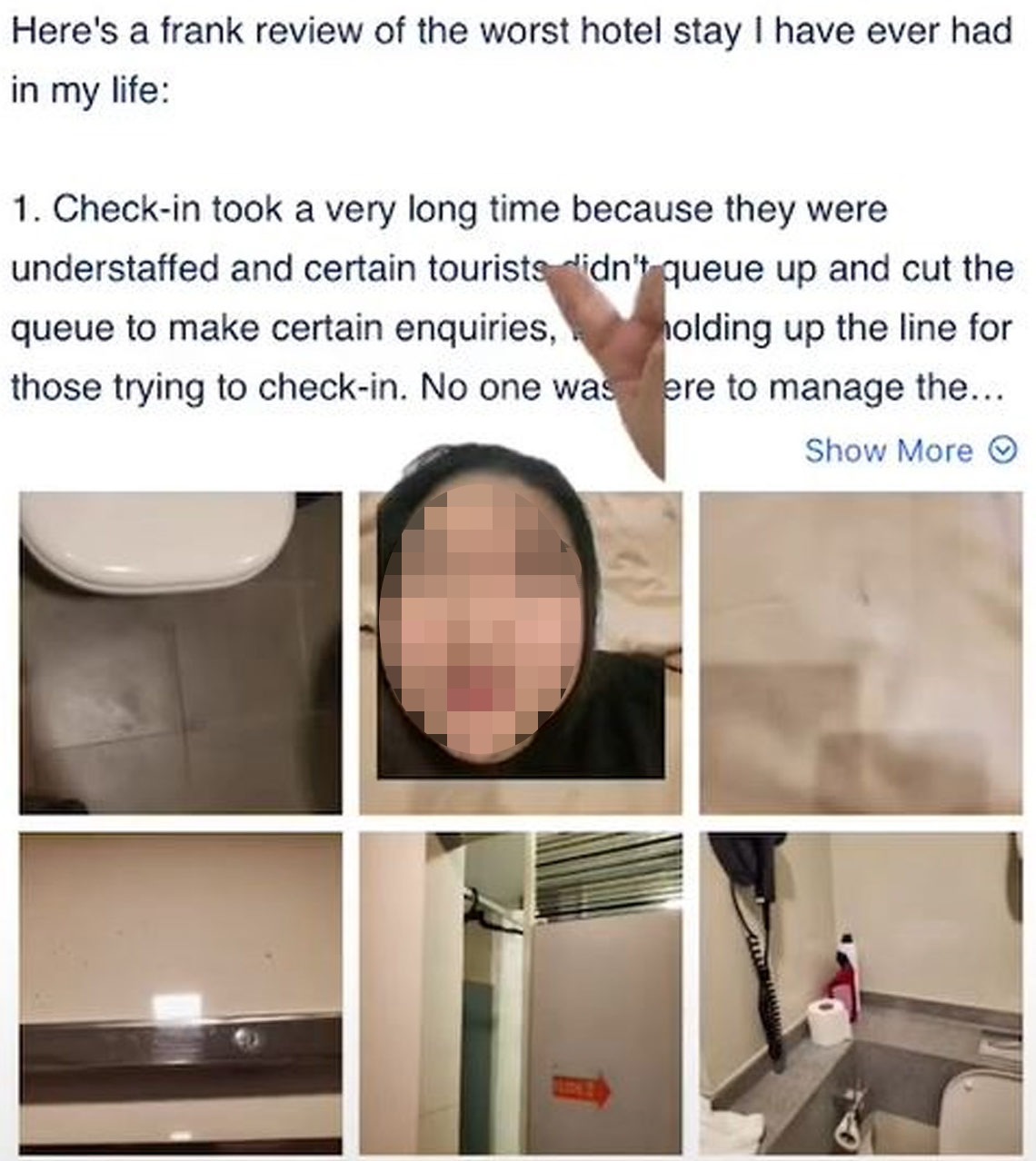 Experience in hotel room takes a turn for the worse

The OP agreed with the sentiment, claiming that it was indeed that bad. To start things off, she encountered what she called the “most unfriendly staff” she had ever experienced in her life during check-in.

They apparently informed the OP that out of the two booked rooms, only one was ready. Upon entering it, she felt it was damp, wet, and humid with a “sour” smell.

Initially, the OP assumed the quality of the room was due to the pricing and the humidity in Singapore. They decided to leave the aircon on to improve the situation.

However, this did not turn out well as the OP came back to a flooded room in the evening due to an aircon leak. 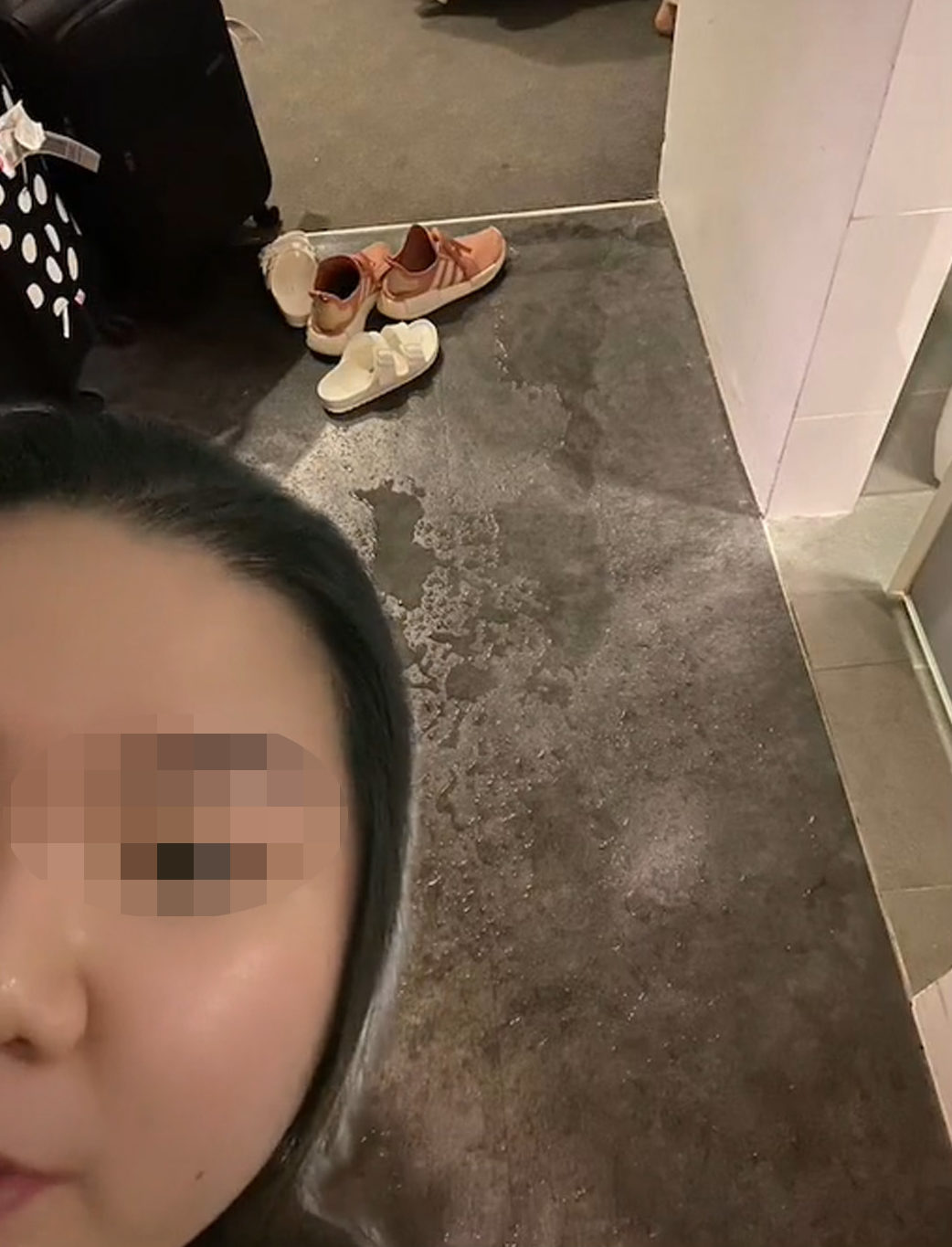 After complaining at reception, the staff agreed to change their room for them.

While waiting for about thirty minutes for a separate one, the OP decided to check out the second room.

Unfortunately, it was allegedly similarly ill-prepared, with misplaced towels and curtains, chips strewn over the floor, and the smell of smoke. 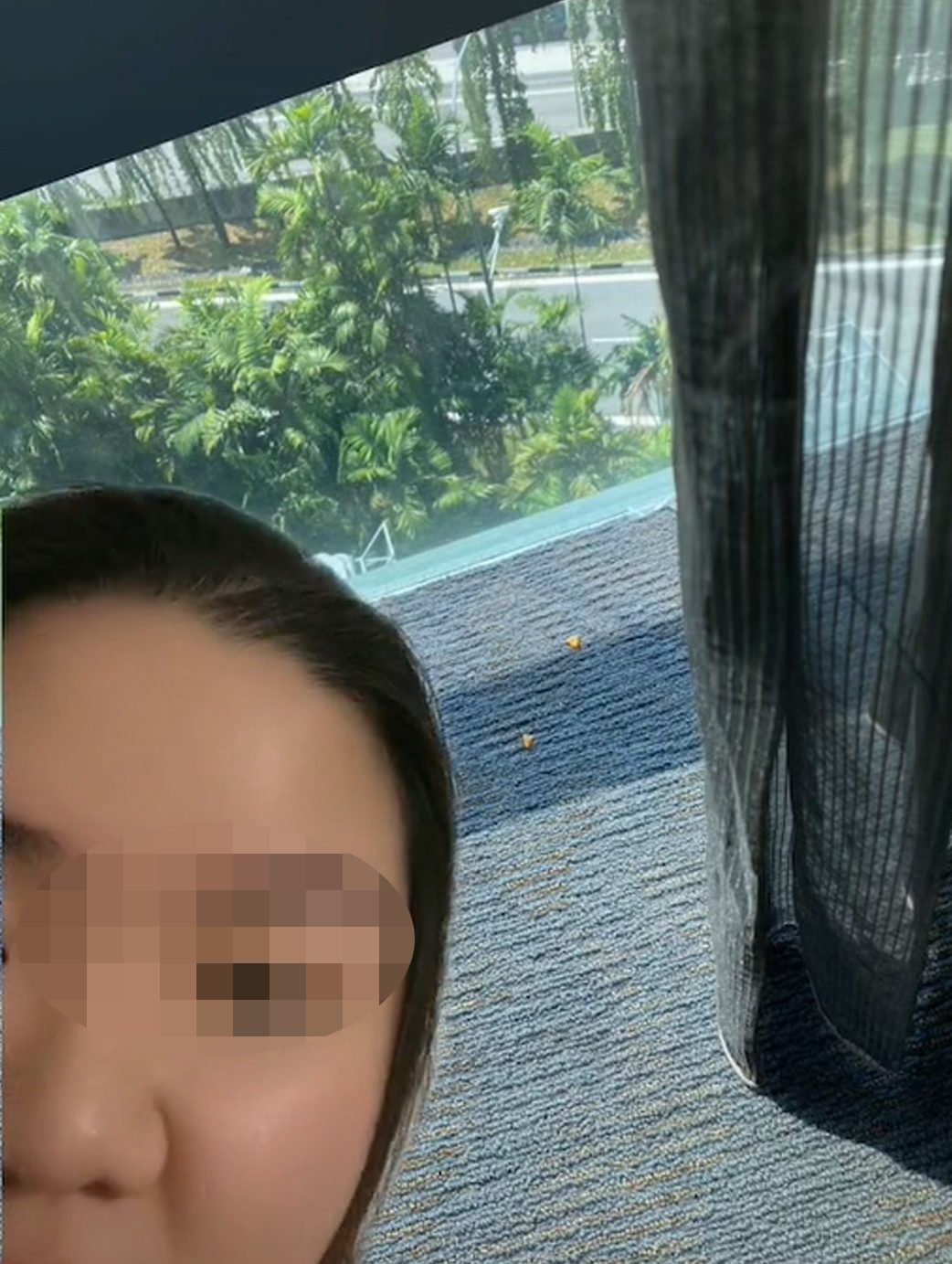 The OP lodged a complaint again, to which the staff said they did not have any other rooms left. Instead, they sent someone, whom the OP identified to be a security officer, who attempted to spray the room to remove the odour.

“I told him that wasn’t gonna work, and he even agreed with me after smelling the room,” she said.

The OP then contacted her travel agency, after which the hotel decided to provide a separate room.

She proceeded to show photos of hair strands on the bedsheets and towels. 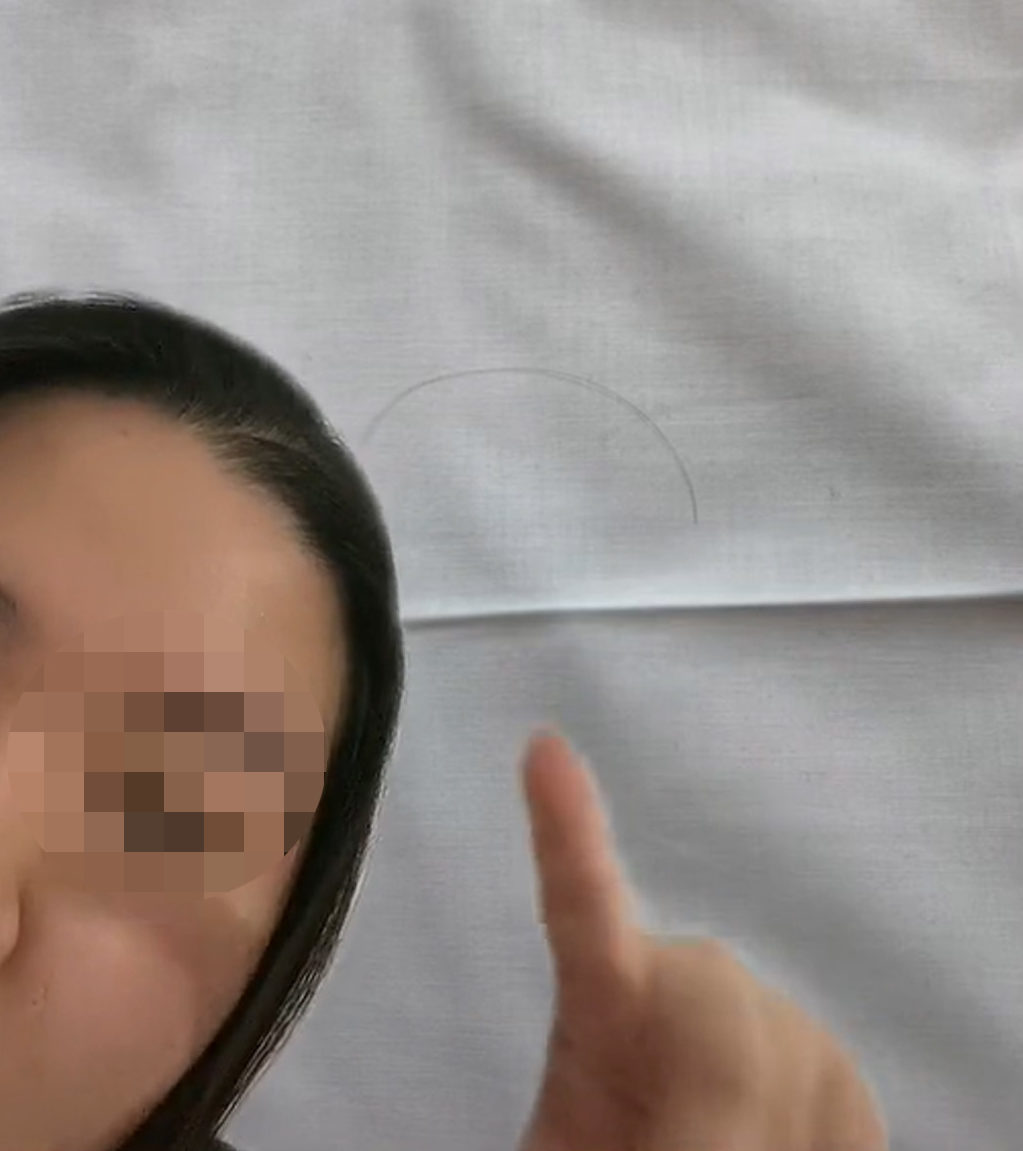 “Just don’t stay in this hotel, don’t book it,” she advised.

The video quickly went viral, with many forming their own opinions over the OP’s account.

Some users agreed with her conclusion, stating that they too had similarly poor experiences at the hotel before.

One former guest recounted finding mould and lipstick stains in the bathroom, as well as hair in the bathtub drain.

Other netizens suggested that such a quality is expected of an affordable hotel in Orchard. Typically, high demand causes accommodation in Orchard to be expensive.

For the price the OP paid, this user quipped that she likely got her money’s worth.

However, the OP pointed out that she had at least anticipated a clean and prepared room, implying that it’s a basic requirement for any hotel.

In response to AsiaOne, a spokesperson for the hotel said they “accept full responsibility for the shortfall in service” and are attempting to identify and contact the guest to perform service recovery.

As such, they hope the guest can contact the hotel’s management directly.

Providing some context, the spokesperson said the hotel industry is “facing sharp and severe” manpower shortages across all departments.

The situation at the hotel was apparently made worse by some staff members being on medical leave.

As for the air-conditioning issue, the hotel said they’re “equally shocked” by the leak and are working with their service contractor to address the issue.

Hope issue will be settled amicably

To have an enjoyable trip marred by such unpleasant experiences must be disappointing indeed.

However, as Covid-19 regulations ease and travel picks up, it can indeed be difficult for hotels to keep up with peak periods.

We hope the hotel manages to contact the guest and that the issue will be settled amicably.