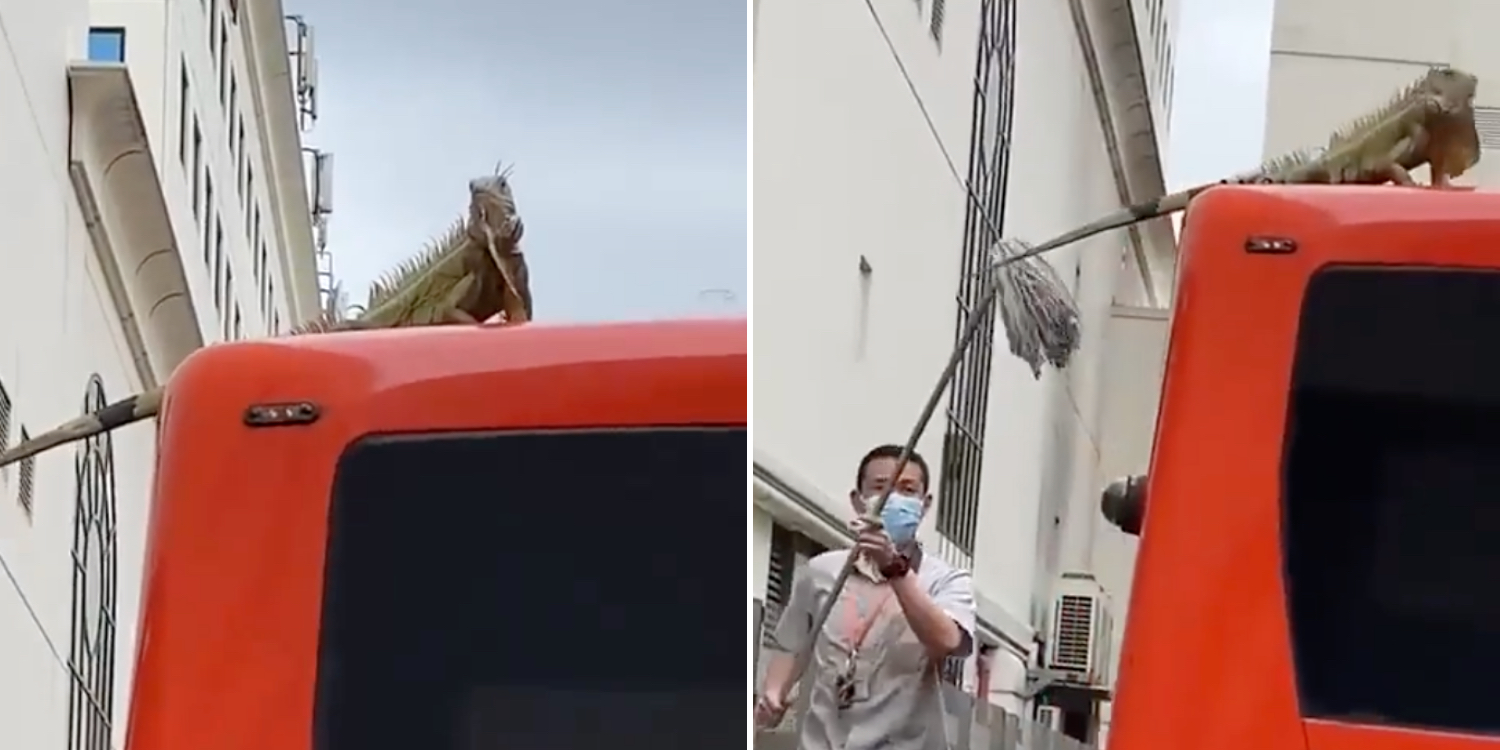 Iguana Climbs On SBS Bus Roof, Gets Chased Off With Mop

Singapore is known for being home to a diverse range of creatures. From wild boars to otters, a day doesn’t go by without someone spotting some animals getting caught up with their antics.

This time, an iguana made an appearance on top of an SBS Transit bus. A staff member had to chase it away from its sun tanning spot with a mop. 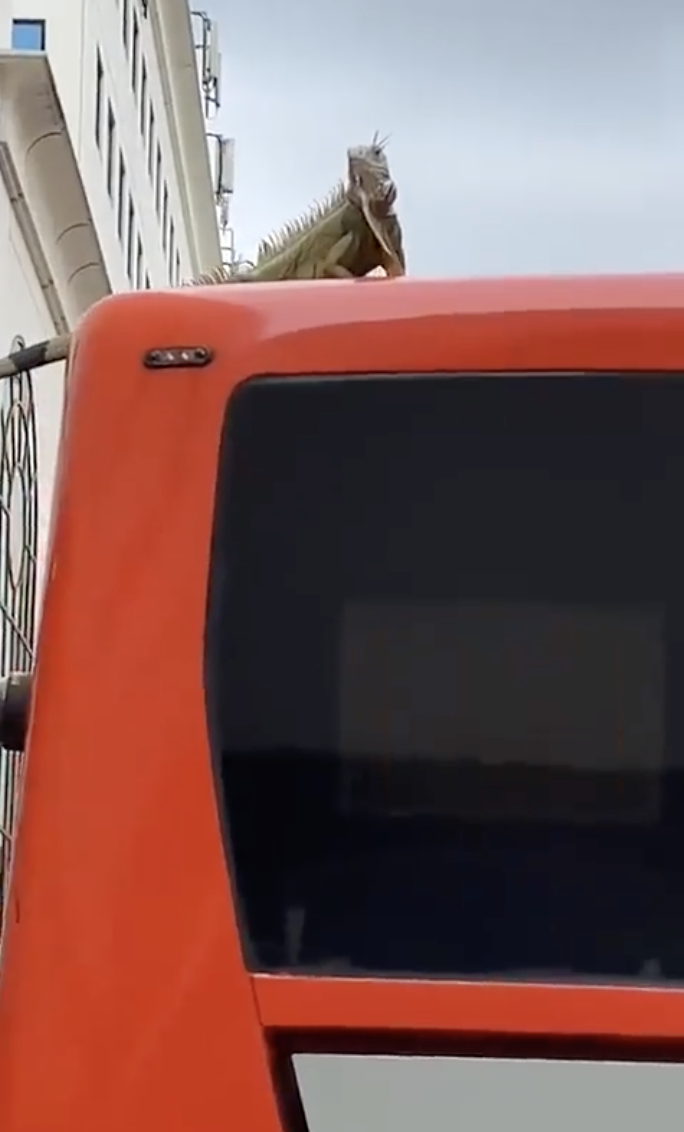 We wonder how it managed to perch on top of the bus in the first place.

In a Facebook post on 15 Jan, a netizen shared a video of an iguana resting comfortably on top of a service 154 SBS Transit bus. 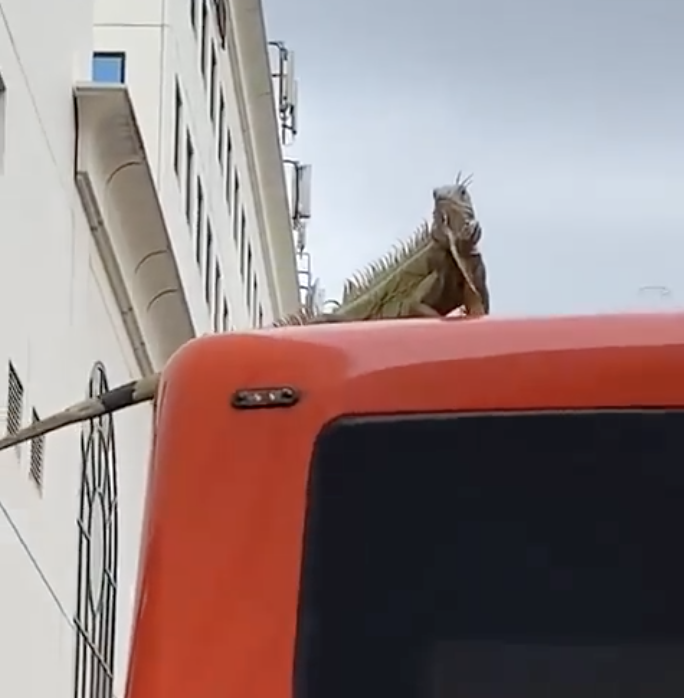 The chonky reptile seemed to be enjoying a sun tan in the bright sunlight. We can’t really blame it as the weather in Singapore has been pretty rainy and windy.

Unfortunately for the iguana, an SBS Transit staff member tried to chase it away with a mop. As the man approached the critter, it seemed rather unfazed at first. 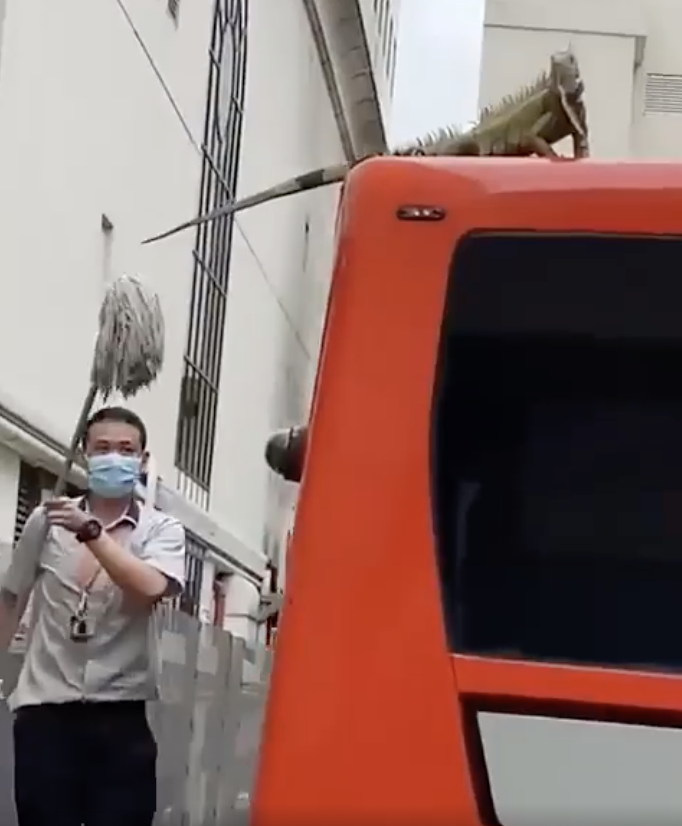 However, a little prodding made it move away. We trust that the staff member was doing so to prevent the iguana from falling off should the bus move off. 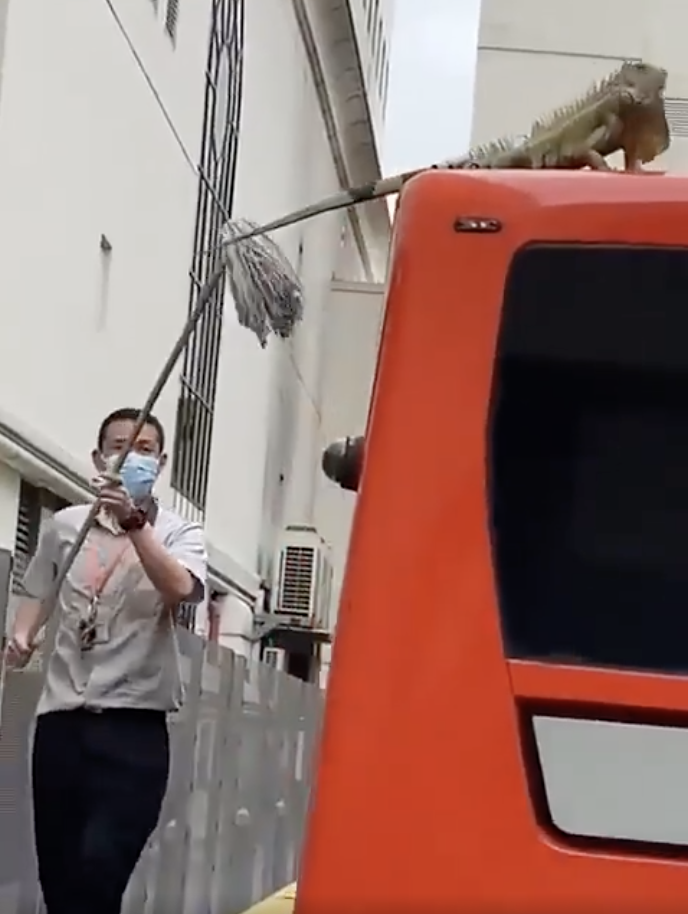 While the video ended rather abruptly, we hope that the lizard alighted the bus safely. However, we are still wondering how it got on top of the vehicle in the first place.

A netizen who saw the video on Facebook group ROADS.sg said the iguana may have been chased off because SBS Transit doesn’t allow ‘free riders’.

Another Facebook user said the poor iguana may be trying to find its way back home.

Well, it’s probably better off on foot than on top of a bus.

The iguana can’t be blamed for getting lost. After all, even Singaporeans can get a little lost when making their way around our island nation.

If only it could use Google Maps in search of its way back home.

We’re not sure where the iguana is right now, but we hope it’s safely resting on top of a tree branch right now instead of another bus.