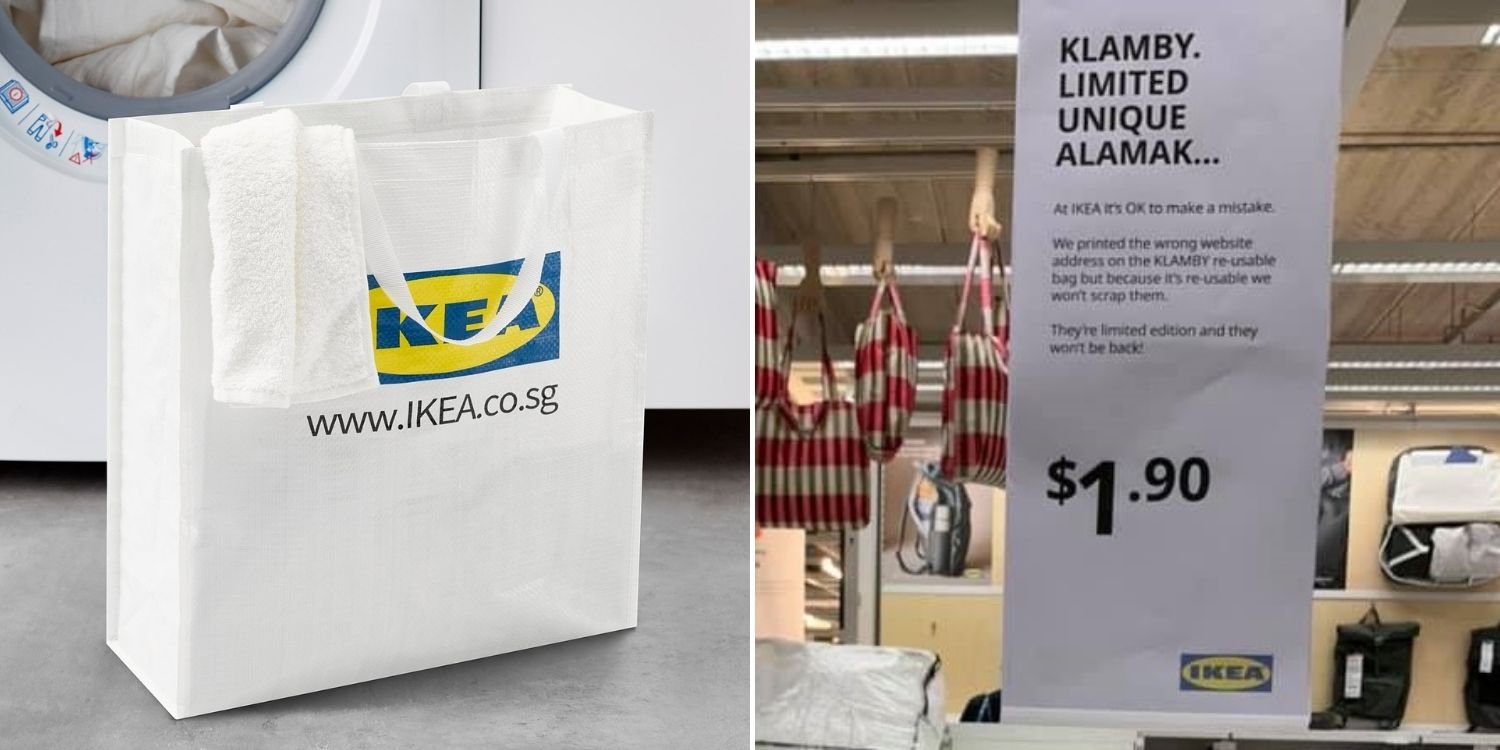 IKEA S’pore Omits An ‘M’ On Website URL, Owns Up To Mistake In Candid Manner

Have you ever made a big mistake, but managed to salvage the situation by owning up to it?

IKEA managed to do that when it printed the wrong website URL on its KLAMBY reusable cloth bags recently. 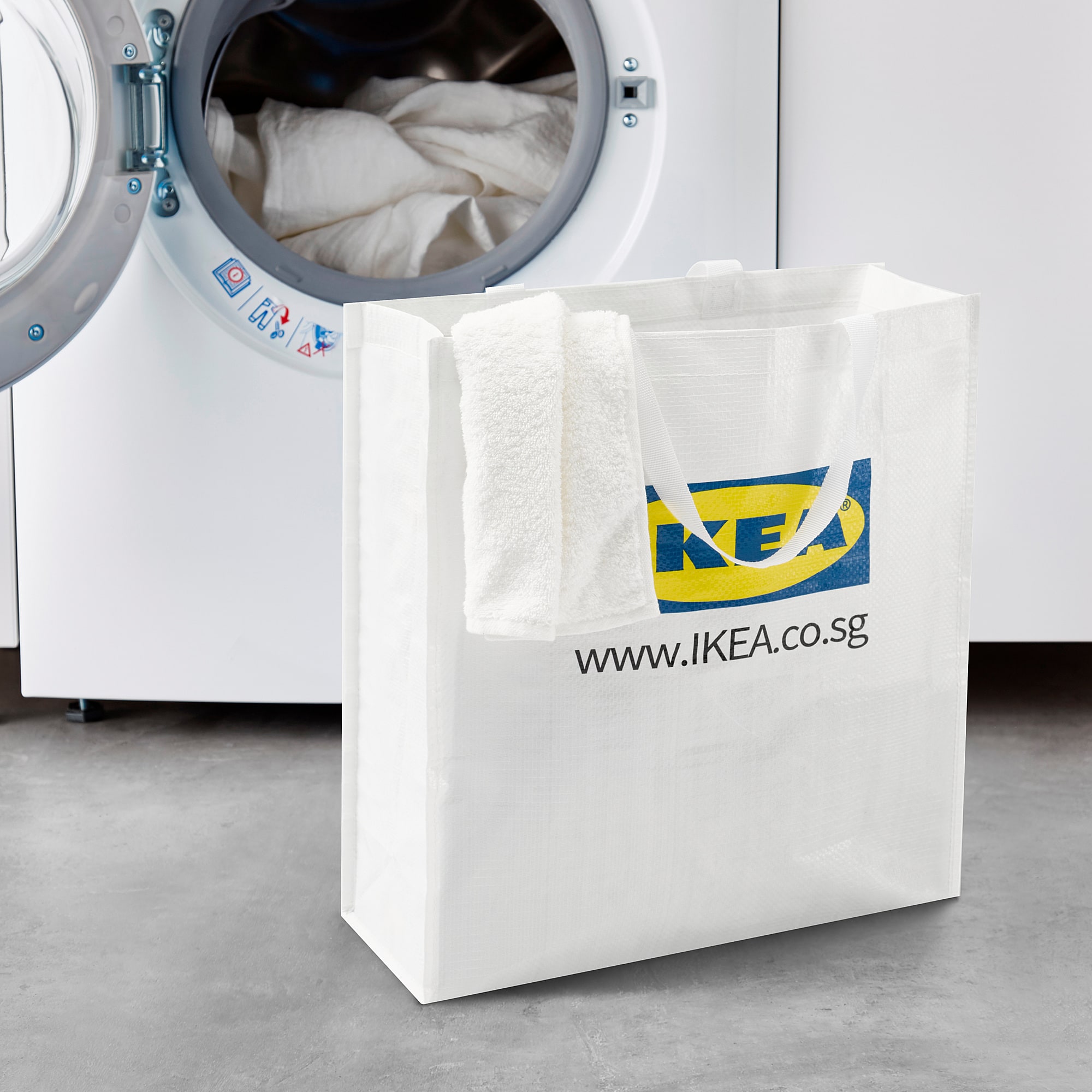 In case you haven’t figured it out yet, IKEA’s Singapore website should be www.IKEA.com.sg, not www.IKEA.co.sg.

To make amends, the store decided to own up to the mistake by saying, “Alamak” and selling the bags for cheap.

Above a batch of reusable cloth bags with the URL “www.IKEA.co.sg” on it was an admission of guilt. 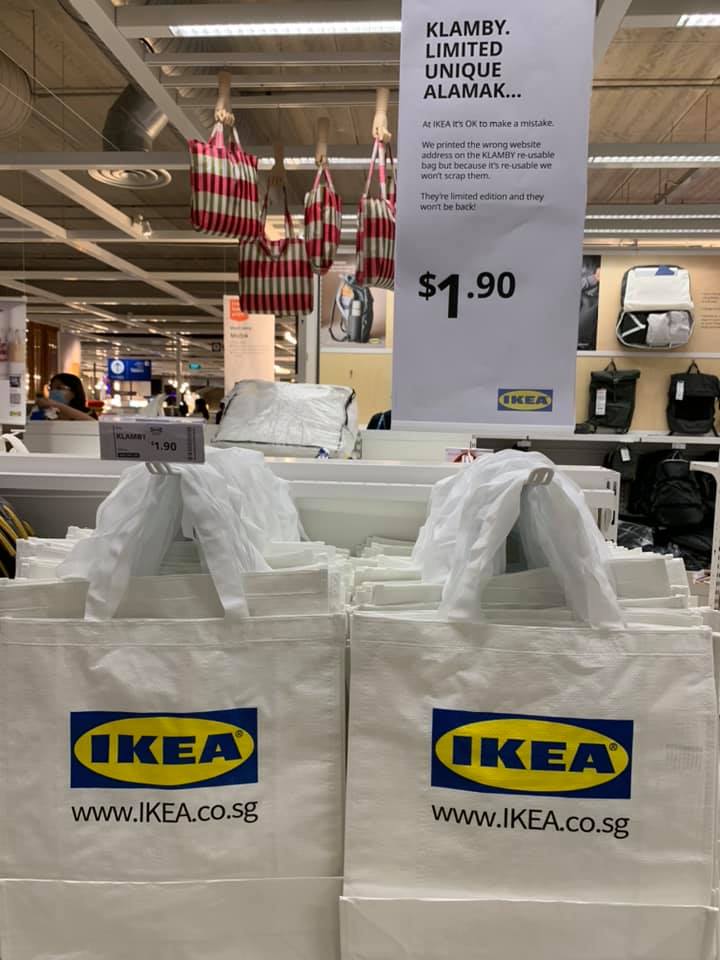 At IKEA it’s OK to make a mistake.

We printed the wrong website address on the KLAMBY reusable bag but because it’s reusable we won’t scrap them.

They’re limited edition and they won’t be back!

Incredulous, the OP wanted to know how IKEA could have made such a mistake.

Selling instead of scrapping

Basically, after the bags were printed, they must have realised the error.

They even took IKEA-style photos of the afflicted product and put it up on their website – the one with the correct URL, of course. While the thought of scrapping the entire batch must have entered their minds, they decided to just go ahead and sell them anyway – at the super-cheap price of $1.90.

Why not, since they’re supposed to be reusable (read: environmentally friendly) anyway?

Owning up to one’s mistakes

Kudos to IKEA not only for not throwing away the bags and helping to preserve the environment, but for owning up to their mistake.

It must be hard to show customers that they screwed up, but they salvaged the situation by being candid about it, and showing by example that just because a mistake was made, it’s not the end of the world. 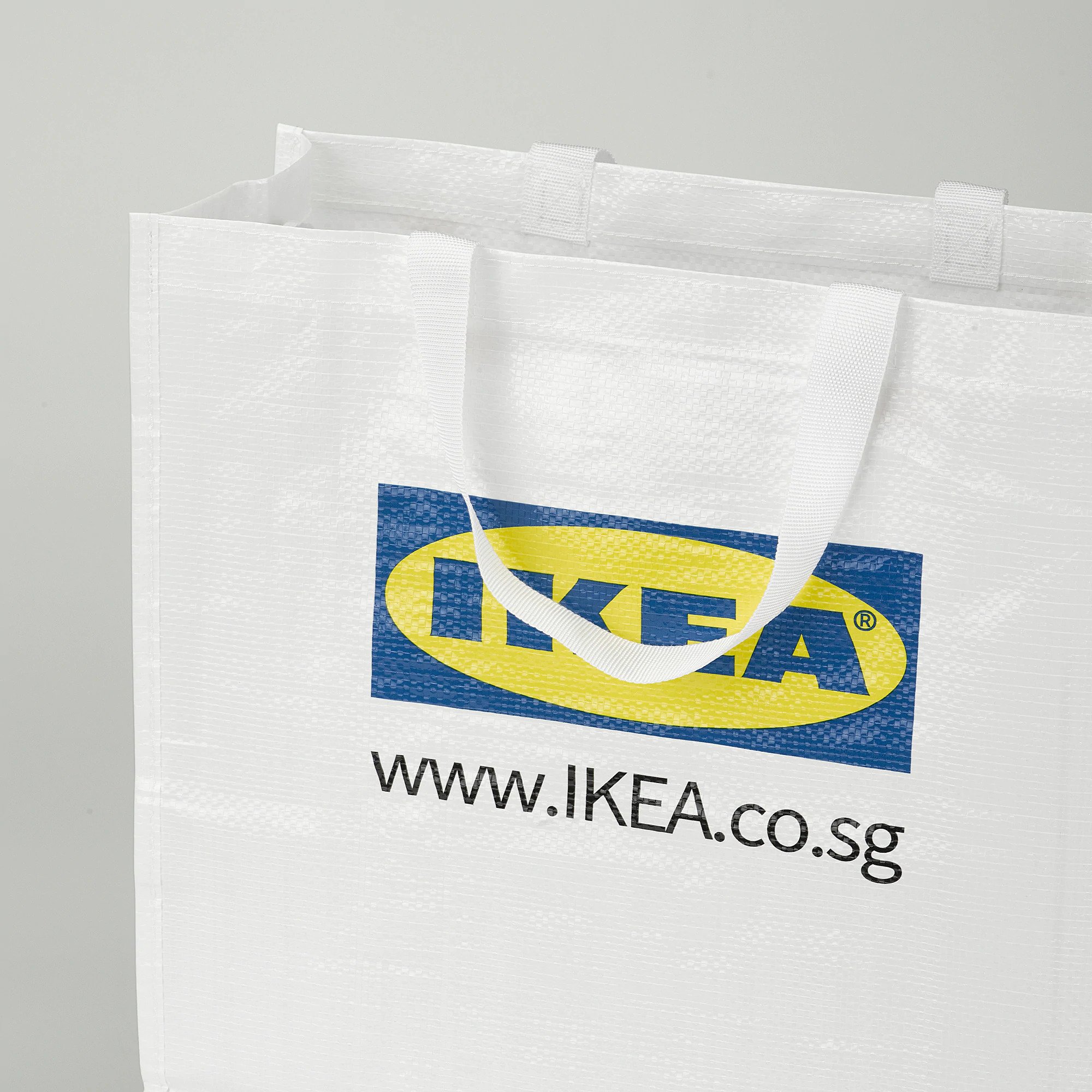 Plus points for using locally inspired humour in their sign – we’re sure “Alamak” would have turned a few heads.

And of course, by proclaiming that it’s a limited edition, more customers than usual may actually buy the bags.

Turning a negative into a positive

The simple sign by IKEA is a shining example of effective marketing and the ability to turn a potentially negative situation into positive results.

If we learn from them, perhaps we’ll stop being so scared of failure and instead gain the inspiration and attitude to figure out how to turn our mistakes into successes.