Indonesian Teen Jumps In Front Of Moving Truck For TikTok Challenge, Passes Away On The Spot Just a day before, a 14-year-old was hospitalised after attempting the challenge.

While most social media trends make for some harmless fun, others have proven to be problematic.

In Java, Indonesia, a TikTok challenge named ‘malaikat maut’, which translates to ‘angel of death’, has been popular in certain regions but with some devastating consequences.

On Friday (3 Jun), three teenagers in Indonesia attempted the challenge by jumping in front of a moving truck. One of them, sadly, did not managed to jump out of the way in time.

The 18-year-old passed away on the spot.

Indonesian teens jumps in front of truck for TikTok challenge

According to Coconuts Jakarta, three teenage boys jumped in front of an oncoming truck at Tangerang, Banten on Friday (3 Jun). In a video clip of the incident, it seemed as if the teens underestimated the speed at which the truck was approaching. 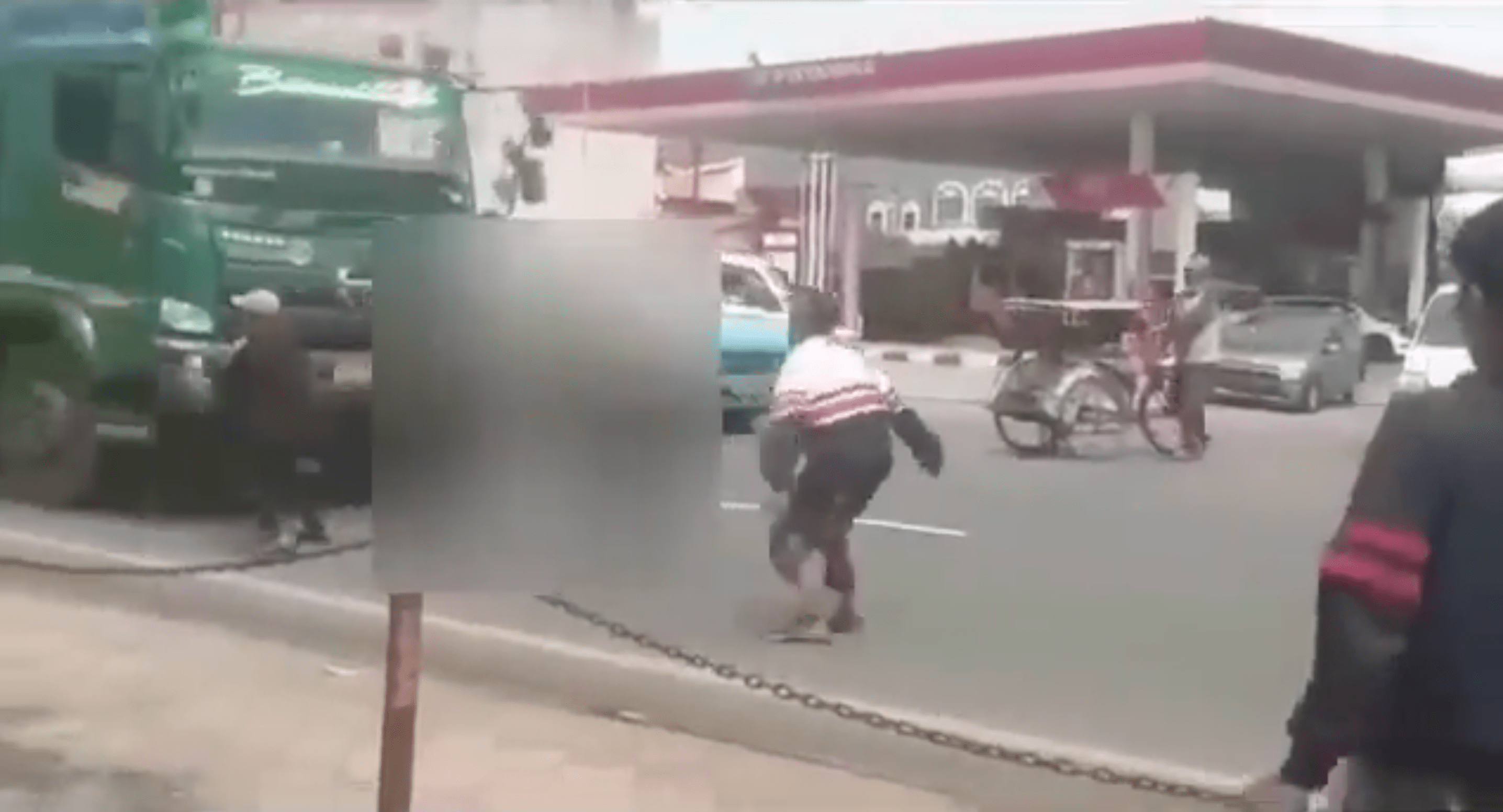 Two of them managed to jump out of the truck’s path in the nick of time.

However, the truck collided with the last teen and he rolled under the vehicle. The 18-year-old passed away instantly.

After the accident, the truck driver was detained for questioning.

Just a day before on Thursday (2 Jun), two teenage boys also attempted the challenge by jumping in front of a fast-moving truck in Bandung, West Java. Coconuts Jakarta reported that they had been trying to stop the truck.

While one boy managed to jump out of the way, the truck collided head-on with the other. 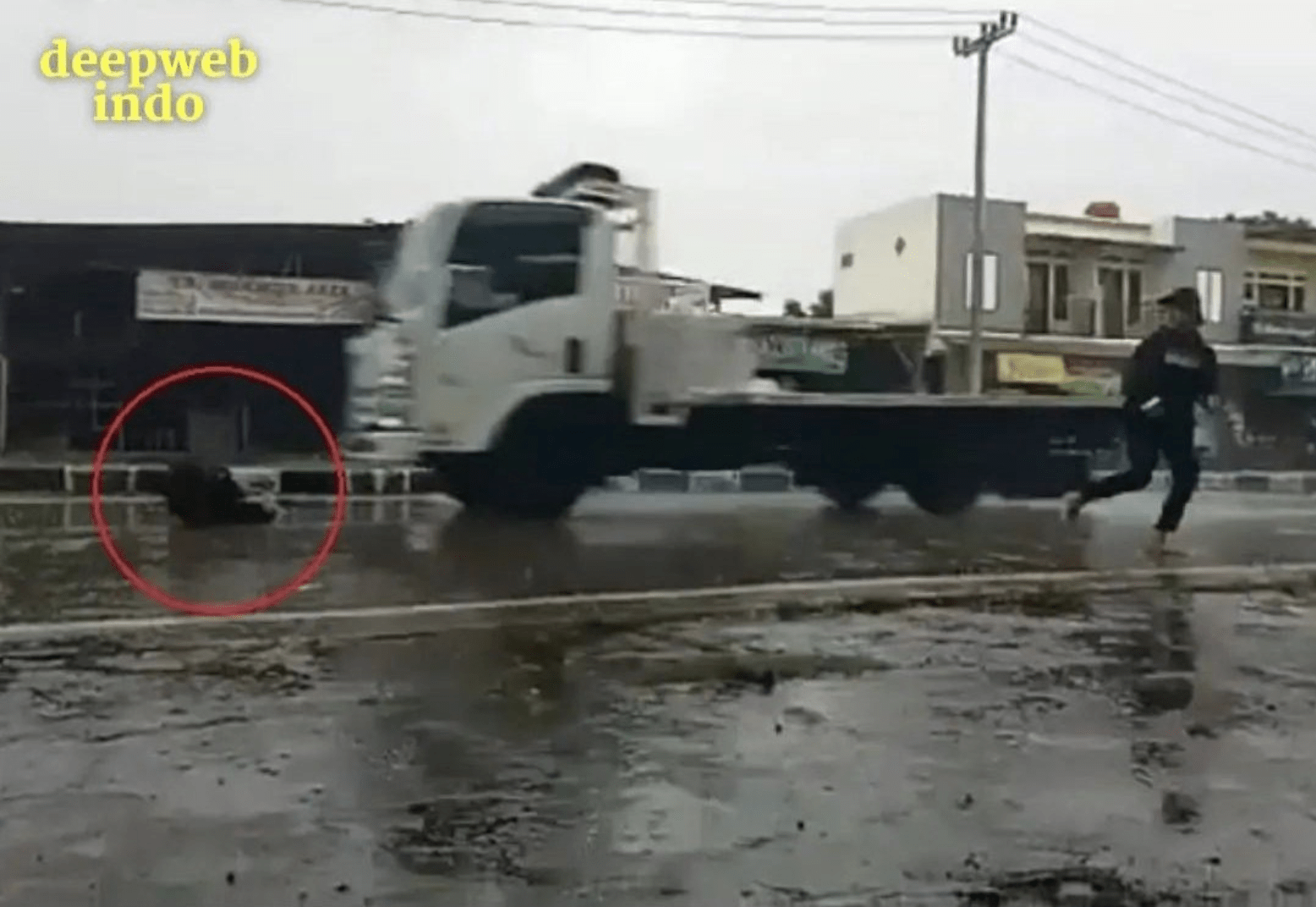 The 14-year-old suffered a fractured skull and shattered teeth from the impact and is currently hospitalised and recuperating from the injuries.

The truck driver allegedly fled the scene after the incident and now faces hit-and-run charges. Police are currently locating the driver.

TikTok challenge popular amongst teens in the region

The ‘malaikat maut’ or ‘angel of death’ TikTok challenge is not new to the region and has been around since 2021.

Those who attempt the challenge would deliberately stand in the path of an oncoming vehicle to ‘prank’ the driver. They will then move aside just before being hit.

According to World of Buzz, the challenge is deemed successful if the vehicle stops before hitting the teens.

Unfortunately, these two accidents in the past week are not isolated incidents and the challenge has proved fatal before.

Previously in Jul 2021, a 13-year-old boy passed away in North Cikarang District, Bekasi Regency when a truck driver failed to brake in time.

He was attempting the challenge with seven others. Another teen was also injured in the same incident, reported CNN Indonesia.

Locals have also been trying to stop teenagers from risking their lives senselessly. But Coconuts Jakarta reported that this has mostly fallen on deaf ears.

The allure of going viral by attempting such social media trends can be enticing for many.

However, it is important to remember that actions have real consequences and lives should never be endangered in the pursuit of social media fame.

So the next time you see a viral trend emerging, do exercise discretion before joining in.