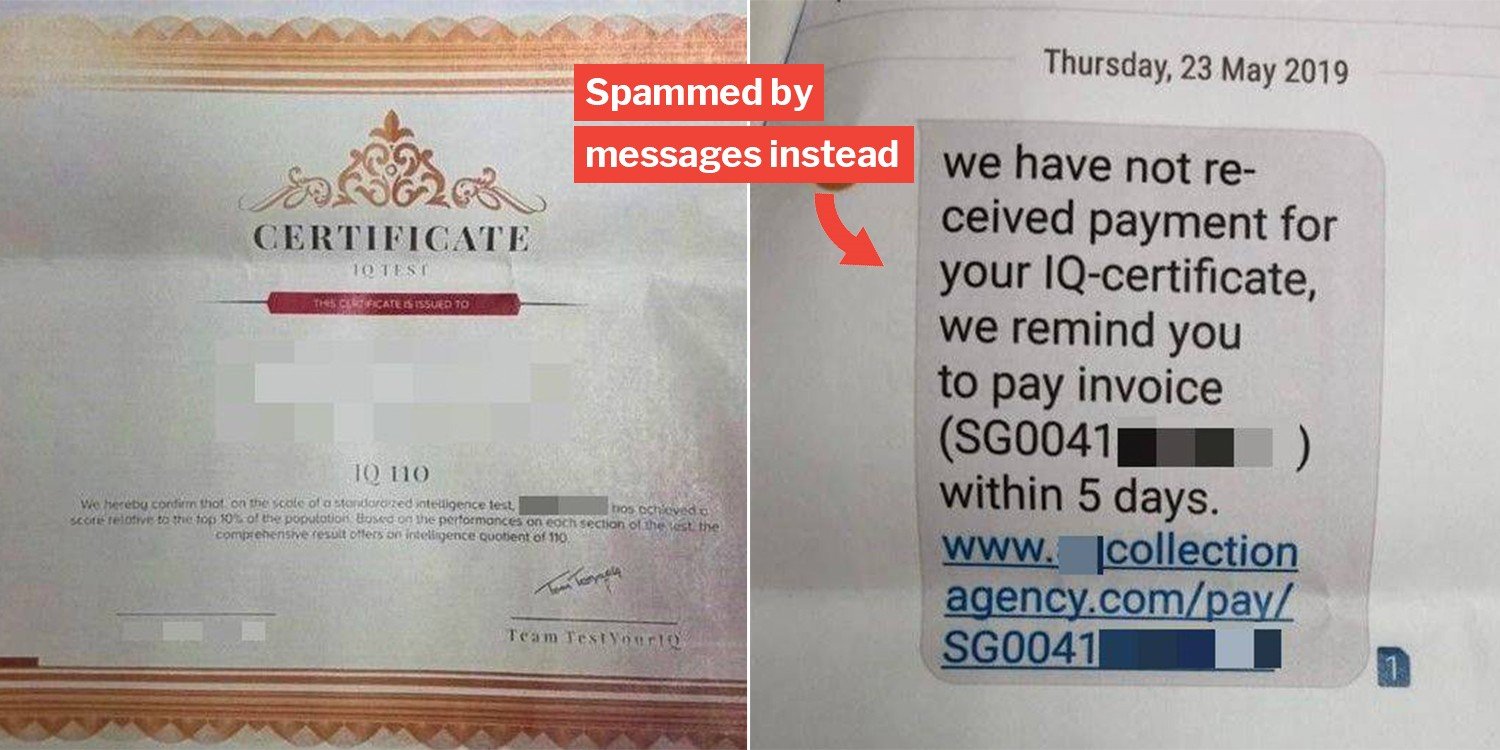 Scams seem to be on the rise lately. Just yesterday, the Police advised Singaporeans to be careful of a new phone scam that threatens victims with arson.

On Wednesday (26 Jun), MP Lee Bee Wah shared how a resident took a dodgy IQ test and soon found herself being spammed by messages requesting payment instead.

The name of the Facebook page may have raised a red flag for some, but not for this lady.

The scammers seem to be targeting 61-year-old women, claiming that they are the “least represented” in their customer base.

The deal was simple: complete an IQ quiz, and get a free movie gift card. Sounds like quite a good deal. 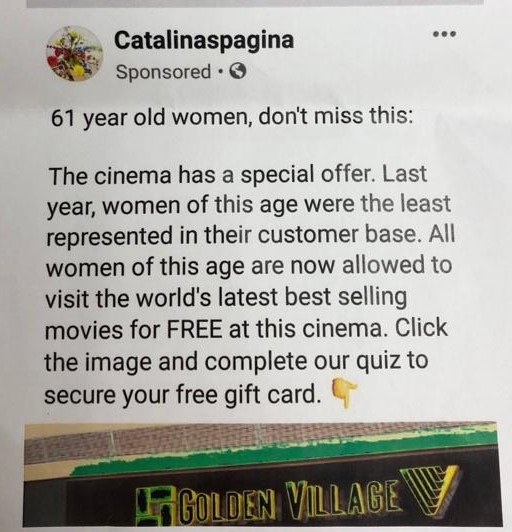 Upon completion of the quiz, recipients will receive a ‘legit’ looking certificate from a company named “Team TestYourIQ”.

While an IQ of 110 is largely considered ‘average’, the test falsely claims that this puts the candidate in the “top 10% of the population”. 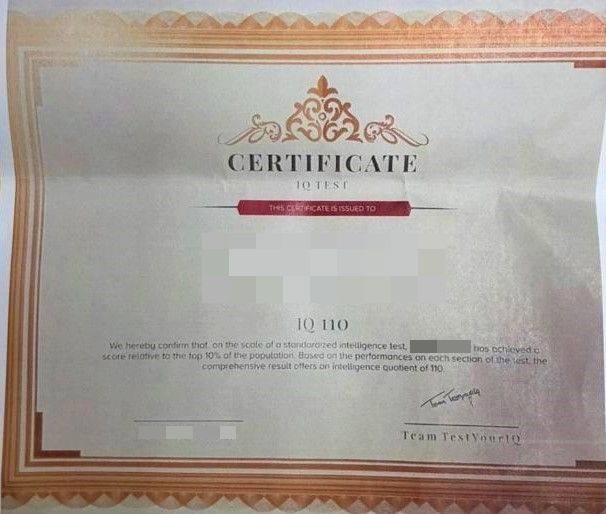 Predictably, all dreams of free movie tickets were soon dashed.

Instead, the resident got spammed by messages asking the lady to pay for the ‘IQ certificate’. 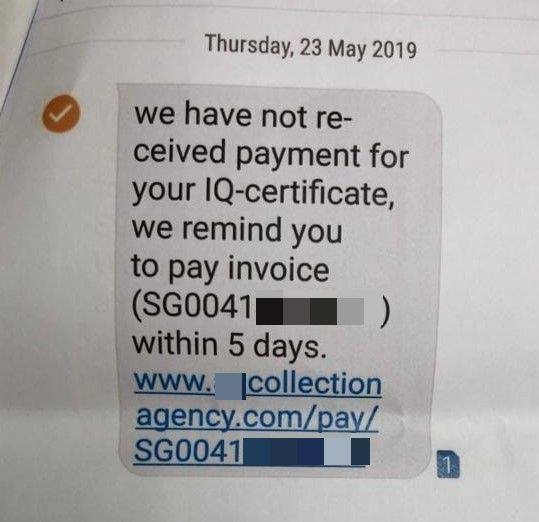 Lesson learnt — if a dubious page offers you free stuff, it is best to stay on the safe side.

Scams can be anywhere

Scams seem to be on the rise lately, so we should all be extra cautious and alert to avoid falling for them.

Some tell-tale signs of a scam include the validity of the page and the need to provide personal information.

If in doubt, check if there are similar ones on the Scam Alert site here.

Have you, or those around you received dubious messages recently that are likely scams? Share them in the comments to warn others too!