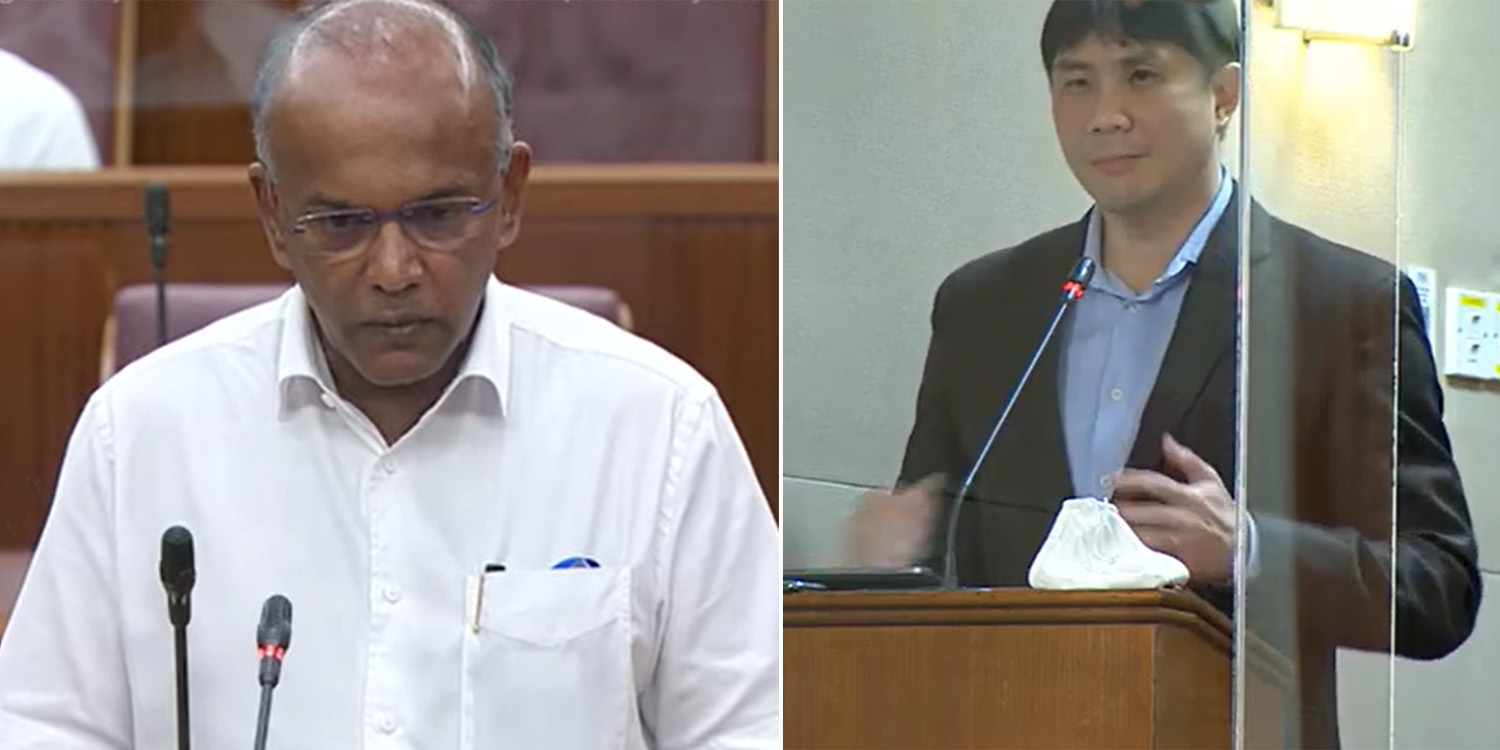 Contributions to the ongoing conversations are welcome.

Parliament is where Members of Parliament (MPs) go to raise concerns about various issues, and sometimes the debates can get rather fiery — occasionally spilling over to other platforms.

Sengkang GRC MP Jamus Lim raised one such issue regarding “non-violent” ex-convicts, and the prospects of having their criminal record erased. 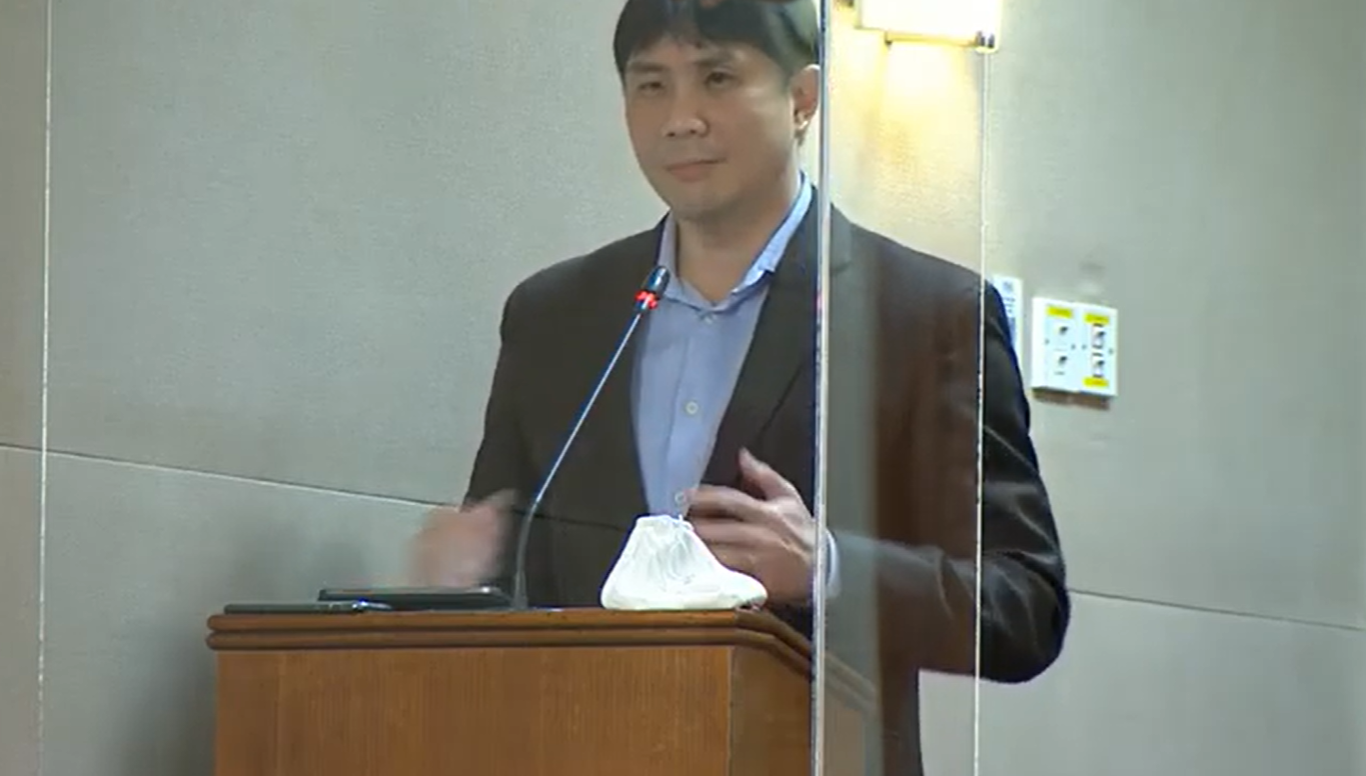 However, he was rebuffed by Home Affairs and Law Minister K Shanmugam, as he noted that for example, child sex molesters could “for example” teach in kindergartens. 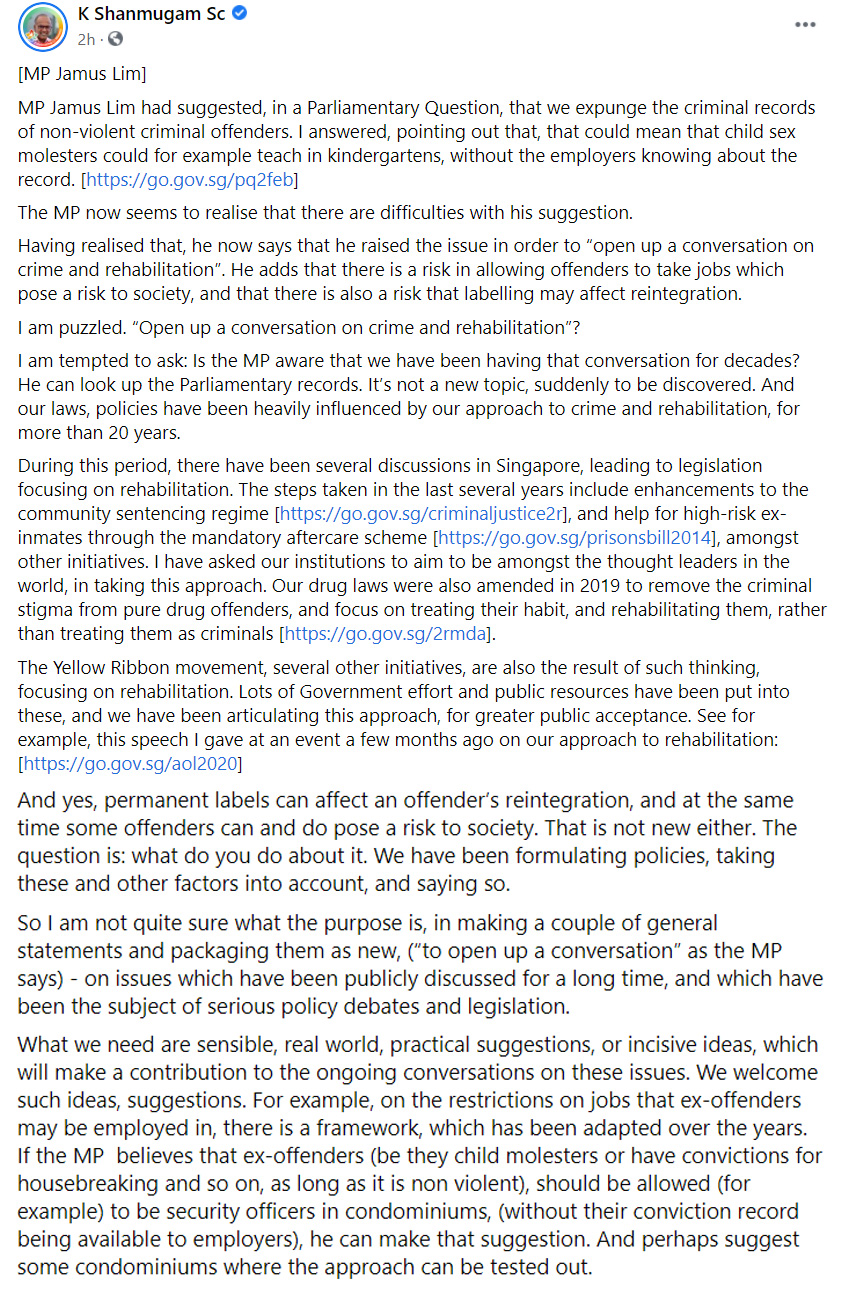 According to Shanmugam, he noted that Assoc Prof Lim had then said he wanted to open up a conversation on crime and rehabilitation.

Shanmugam finds this “puzzling”, noting that these conversations have been going on for decades.

In a Facebook post on 7 Feb, several days later, Shanmugam asked for the need for “sensible, real world, practical suggestions, or incisive ideas” which can contribute to these ongoing conversations about ex-convicts.

Jamus Lim asks if Yellow Ribbon coverage will be expanded

The topic began on 2 Feb, when Parliament sat for a session. Assoc Prof Lim had asked the following question, ”

In a written reply, Mr Shanmugam asked Assoc Prof Lim to clarify what he meant by “non-violent crime”.

The reply gave examples of serious but non-violent crime, such as sexual grooming or outrage of modesty.

If read at face value, the suggestion may be that records of such crimes should be eliminated from public records.

This raises a potential issue of ex-offenders working as pre-school teachers or security officers without employers knowing about their history.

In a response on 5 Feb, Assoc Prof Lim wrote on Facebook that he was looking to open up a conversation on crime and rehabilitation. 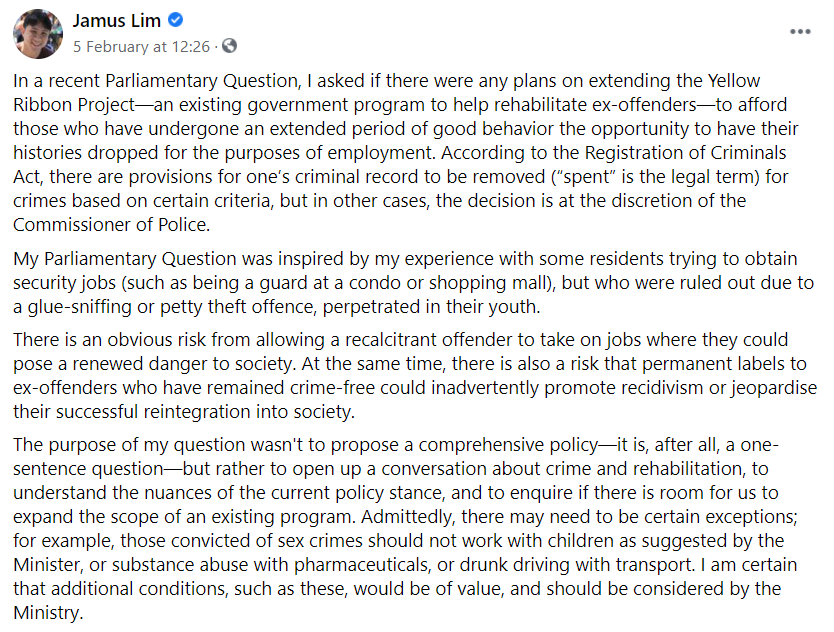 He further stated that he was inspired by some residents telling him that they couldn’t find a security job due to glue-sniffing or petty theft offences which they committed in their youth.

But he also admitted that there may need to be certain exceptions, such as the one that Mr Shanmugam cited — where sex crime convicts should not work with children, or other examples like drunk driving with transport jobs.

So maybe Mr Shanmugam was busy, but he only responded to what Assoc Prof Lim said on Sunday (7 Feb).

And Mr Shanmugam said he was “puzzled” by the suggestion that Assoc Prof Lim wanted to start a conversation about crime and rehab.

He further elaborated by saying that these conversations have been going on for decades, telling Assoc Prof Lim that “he can look up the Parliamentary records”.

Laws and policies have been heavily influenced by their approach to crime and rehab for over 20 years, according to Mr Shanmugam.

Some initiatives which have resulted from discussions in Singapore include:

He emphasised that he wants our institutions to be among the thought leaders in taking the approach to focus on rehab.

While Mr Shanmugam agreed that permanent labels can affect someone reintegrating into society, he asked what should be done about that.

He thus wasn’t sure as to what the purpose was behind “making a couple of general statements and packaging them as new” on issues talked about for decades.

Instead, Mr Shanmugam proposed the need for “sensible, real world, practical suggestions, or incisive ideas”, which can then contribute to these discussions.

He gave the following example, of a framework for jobs that ex-offenders can find employment for.

This framework has and can be adapted further, suggesting that the MP makes a suggestion for an ex-offender to be allowed to be a security officer at a condominium.

He also encouraged suggestions on some condominiums where the approach can be tested.

It can be easy to see Mr Shanmugam’s post as an attack on what Assoc Prof Lim asked in Parliament.

But there’s also a constructive suggestion to be found in there, which suggests that both sides wish to see concrete issues discussed in Parliament.

The suggestion, if any are to be made, should relate to the real world and be proposed as something that can then be implemented.

General questions, it seems, aren’t as much to Mr Shanmugam’s liking.