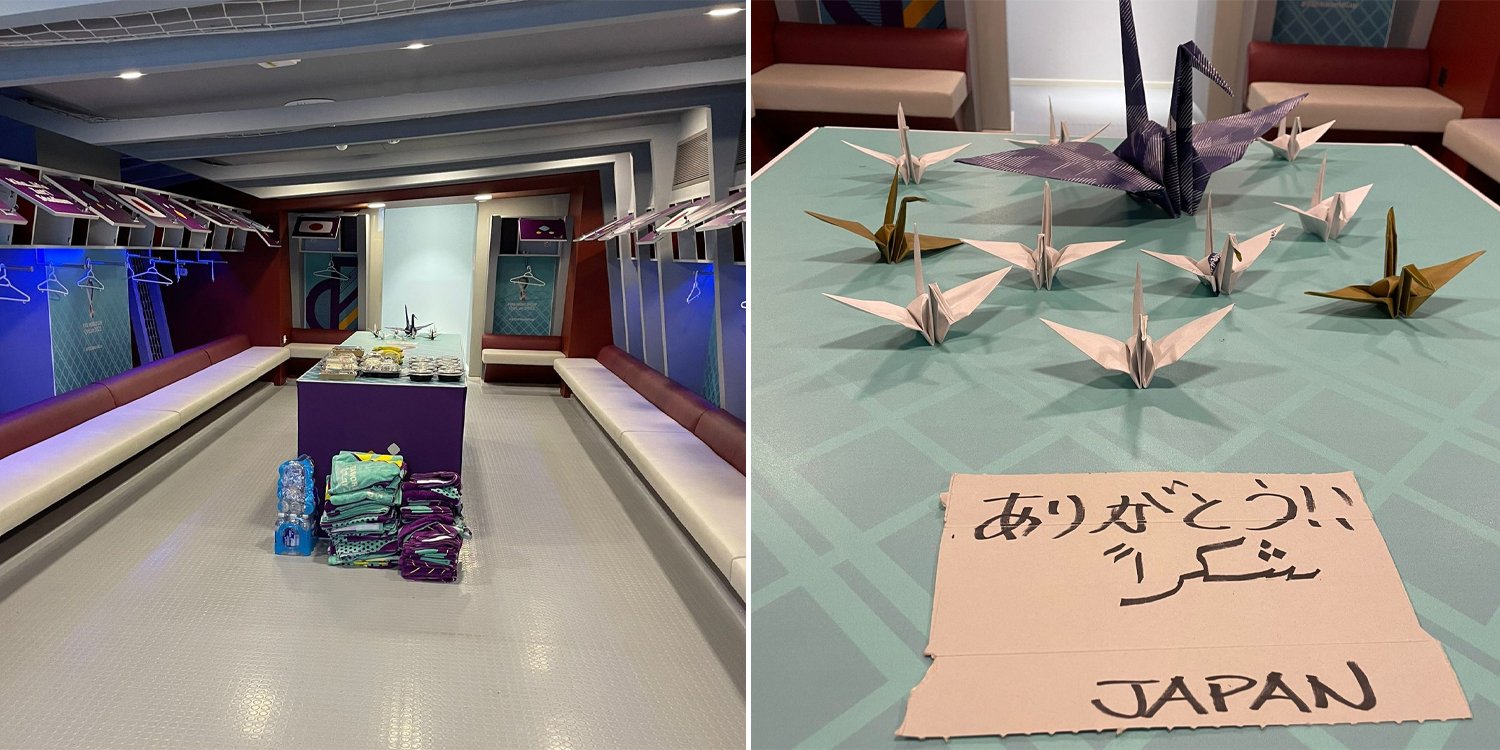 They left paper cranes and a thank you note written in Japanese and Arabic.

Since the 2022 Qatar World Cup kickstarted, Japan has been making headlines for more than just their football skills.

After a historic 2-1 win over Germany in their opening game, Japan fans were seen cleaning up the stadium stands.

And it seems the team themselves leads by example. In a tweet on Thursday (24 Nov), FIFA shared that the group left their locker room spotless. 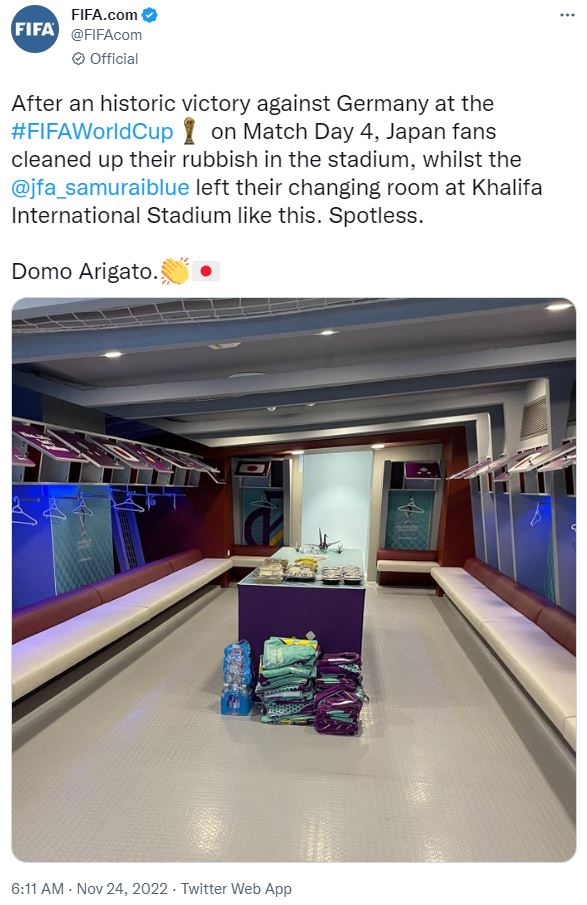 They even left paper cranes and a thank-you note written in Japanese and Arabic.

On Wednesday (23 Nov), the World Cup saw another upset when Japan came from behind and won 2-1 over four-time World Cup champions Germany.

It was a victory that Japan manager Hajime Moriyasu hailed as a historic moment.

But Japan is making waves not just for their football skills but also their gold standard courtesy.

After the match, FIFA tweeted that the Japan team left their changing room at Khalifa International stadium ‘spotless’.

A photo of the locker room showed neatly stacked towels and leftover bottles. Food on the table was also lined up in neat rows.

In a follow-up tweet, FIFA said the team also left behind a thank-you note in Japanese and Arabic. 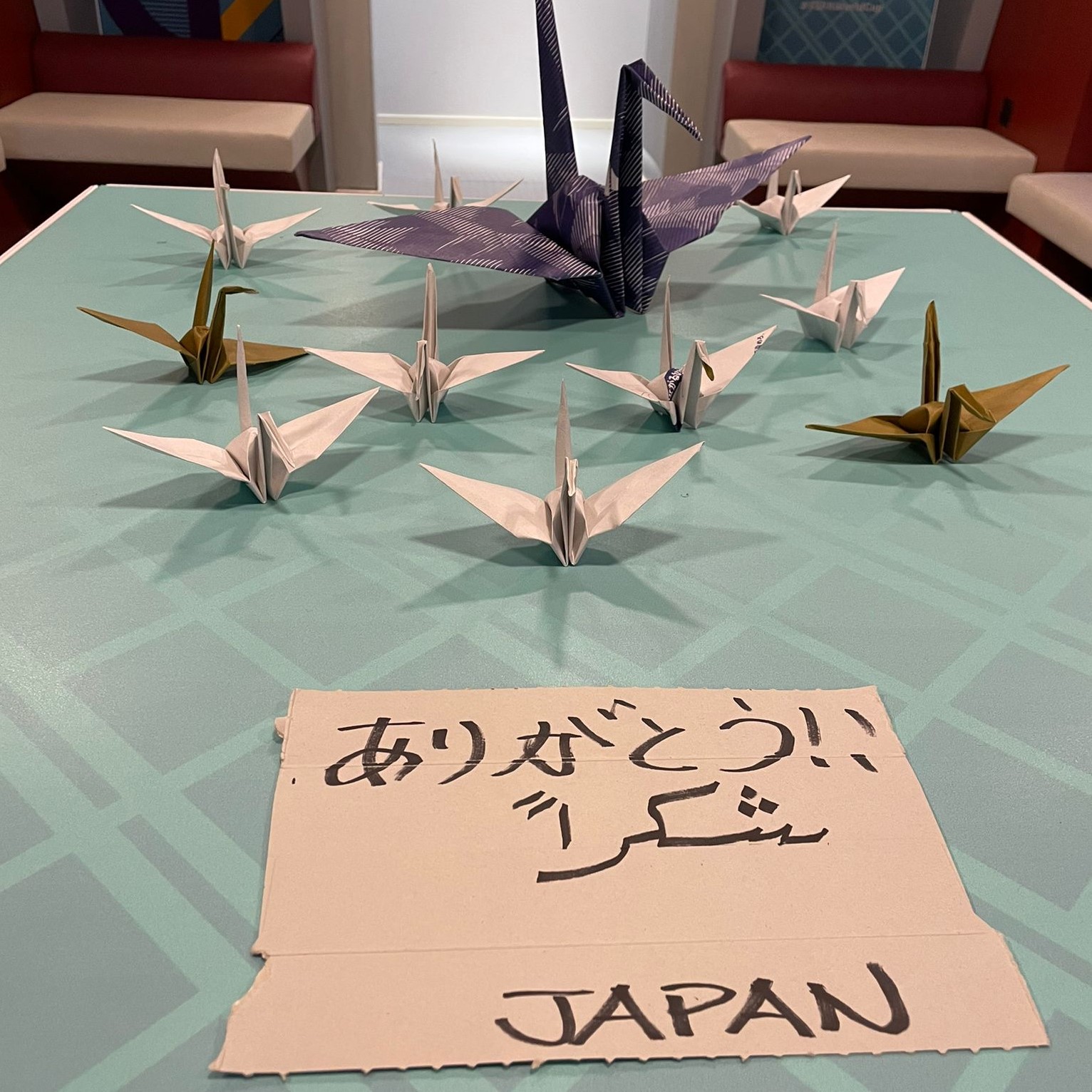 Behind the note, the Japanese team also left skilfully folded paper cranes. There were at least 10 small paper cranes and one large one.

FIFA expressed their thanks to the team, to which they replied with a cheeky wink and broom emoji.

The Japan team wasn’t the only one living up to their courteous nature in the World Cup.

After the victory over Germany, Japanese spectators were also seen cleaning up the stadium, picking up rubbish left in the stands.

Over in Japan, celebrations went on as elated fans rushed across Shibuya Crossing.

But in true Japanese fashion, the celebrations were organised as fans responsibly returned to sidewalks once the traffic light turned green.

The most organized celebrating in Tokyo after Japan beat Germany.

Fans rush Shibuya Crossing but responsibly return to sidewalks when cars have to drive. pic.twitter.com/bkAKS59CK0

And over the years, they have proven to stay true to this attitude, regardless of whether they won or lost.

Back in 2018, during the Belgium World Cup, the Japanese team lost to Belgium.

Regardless, the team cleaned up their locker room, and fans stayed behind to pick up rubbish in the stadium, some even with tears running down their faces.

Courteous and gracious in winning and losing, Japan has embodied the spirit of sportsmanship and shown how much it goes beyond just the field.

Both the team and their fans are genuinely deserving of praise for their actions.

We wish them all the best in their upcoming matches, and hopefully, their attitude will be infectious to all other teams and fans.