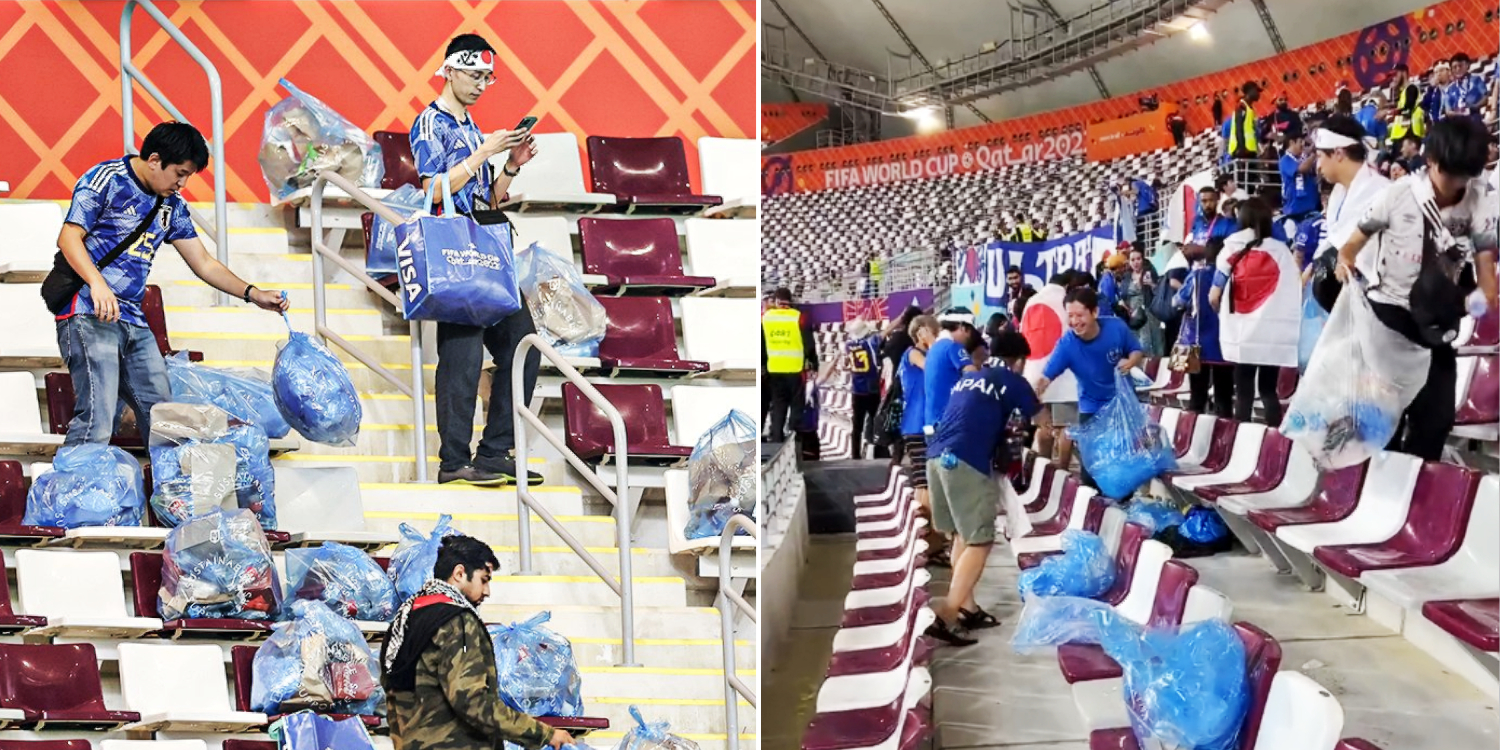 Their team won the match, the fans won the world's respect.

It’s no secret that the Japanese are some of the most courteous people around.

Time and time again, they prove themselves to be the gold standard of civility, like when they helped pick up rubbish at the World Cup even though the Japan team wasn’t playing.

Now Japanese World Cup spectators have done it again, by cleaning up the stadium right after their national team’s astonishing 2-1 win over Germany. 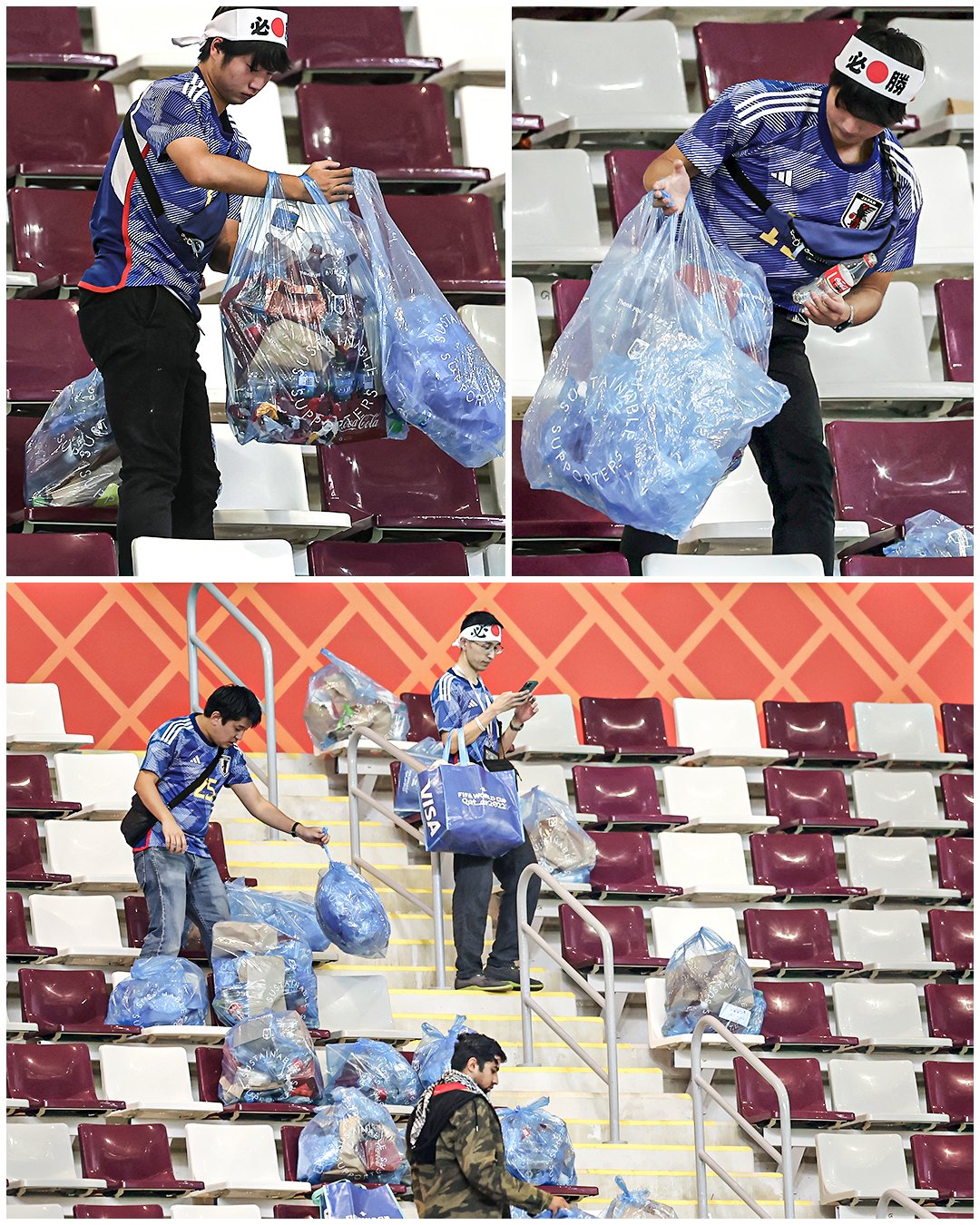 Japanese World Cup fans stay behind to clean up

Following Argentina’s shocking loss to Saudi Arabia on Tuesday (22 Nov), the World Cup 2022 delivered yet another surprise result in Japan’s 2-1 win over Germany on Wednesday (23 Nov).

The win was historic as it was Japan’s first triumph against the four-time World Cup champions.

While most football fans would be eager to celebrate after their team’s win, the Japanese stayed back to help clean up instead.

In a video shared by the official FIFA World Cup account, a huge group of fans were seen collecting trash into big blue rubbish bags.

They could also be seen giving each other a hand and bowing while doing so.

Tidying up after one of their greatest #FIFAWorldCup wins 👏

Twitter users lauded the gesture, who said these are the things children should be learning.

Japanese known to clean up stadiums even after losing matches

Apparently, it doesn’t waver even when when they suffer a setback, like their loss to Belgium during the 2018 World Cup.

Four years ago, Japan had their World Cup dreams come to a halting crash after a 2-3 loss against Belgium.

Despite tears streaming down their faces, their fans stayed behind like they did yesterday to clean up rubbish. 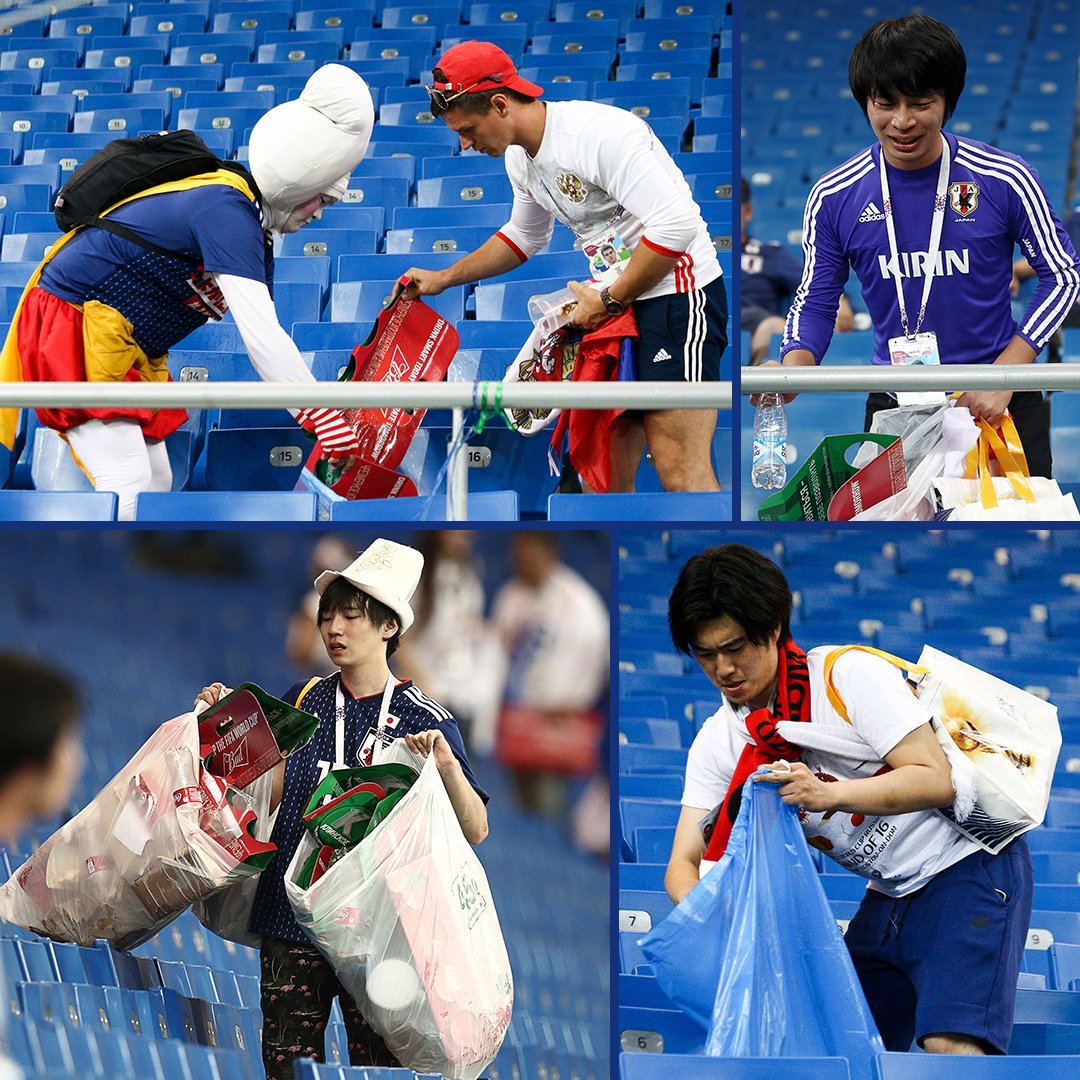 Daily Mail reported that the fans brought along their own cleaning supplies and handed out rubbish bags to everyone present.

Football fans of all nationalities came together to extend their respect, with one saying that Japan’s fans had won the World Cup.

Back in the locker room, the Japan team was equally graceful as they left the place spotless and even wrote a thank you note for host nation Russia.

A sterling example of civic responsibility

Through the highs and the lows of football, Japanese fans have continued to be the consummate guest.

Whether you’re a football fan or not, we can all agree that their community spirit are worth aspiring to.

Kudos to the Japanese for setting a good example. Hopefully, many others will follow suit to create a positive World Cup experience for everyone.